People walk on them every day but not many look down and notice the stamps pressed into many Toronto concrete sidewalks.

The stamps are normally put into the concrete by the contractor or the city and include a date. 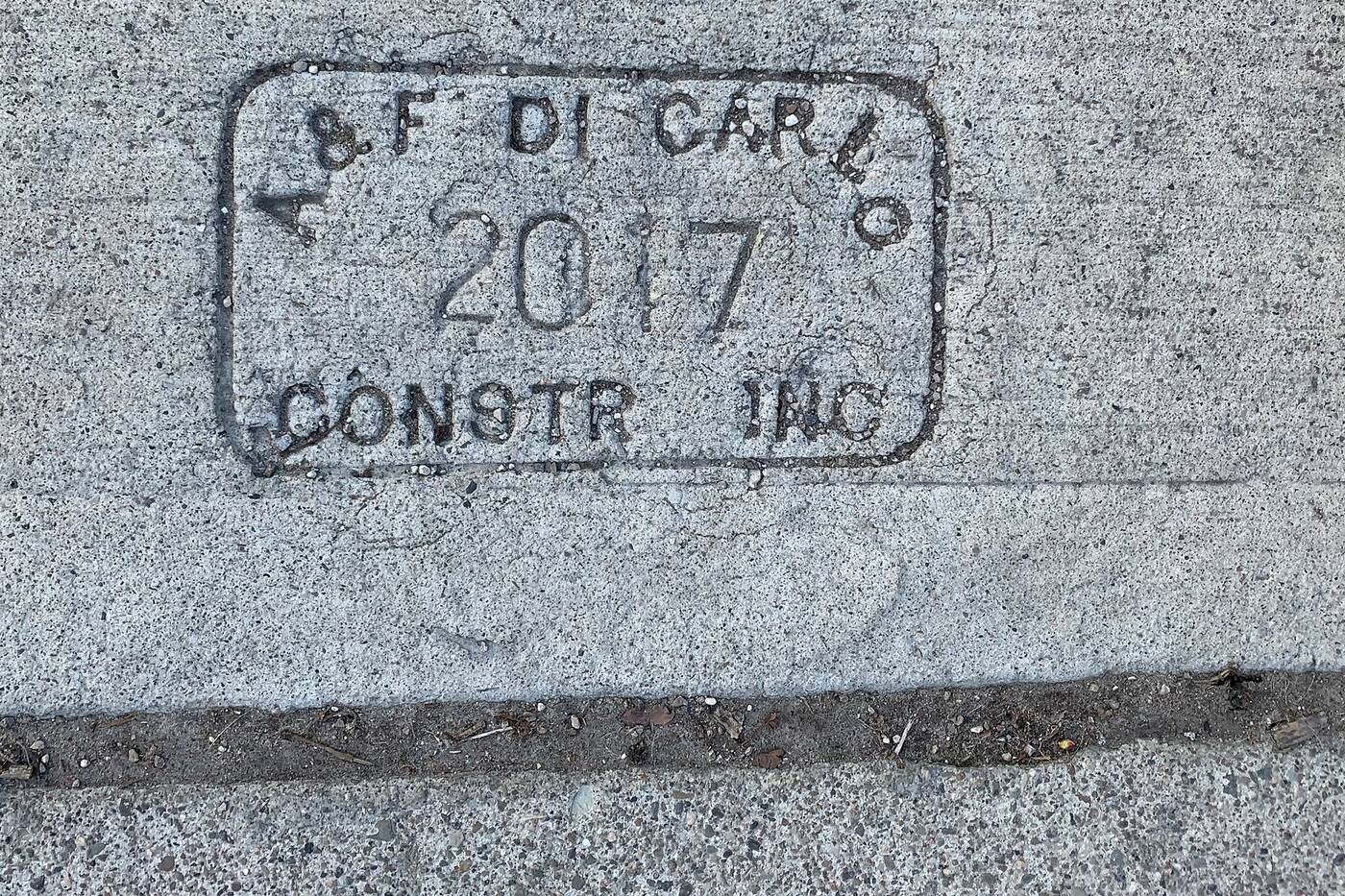 Contractors stamp sidewalks with a date and name of their company.

The date on one Toronto sidewalk caught the attention of one pedestrian recently who posted the find to Reddit. The person thought the sidewalk stamp date is 1893, and guessed it might be the oldest dated sidewalk in the city.

"Found what has to be one of the oldest dated sidewalks in the city. 1893 -- on Perth just south of Dupont," the post reads. 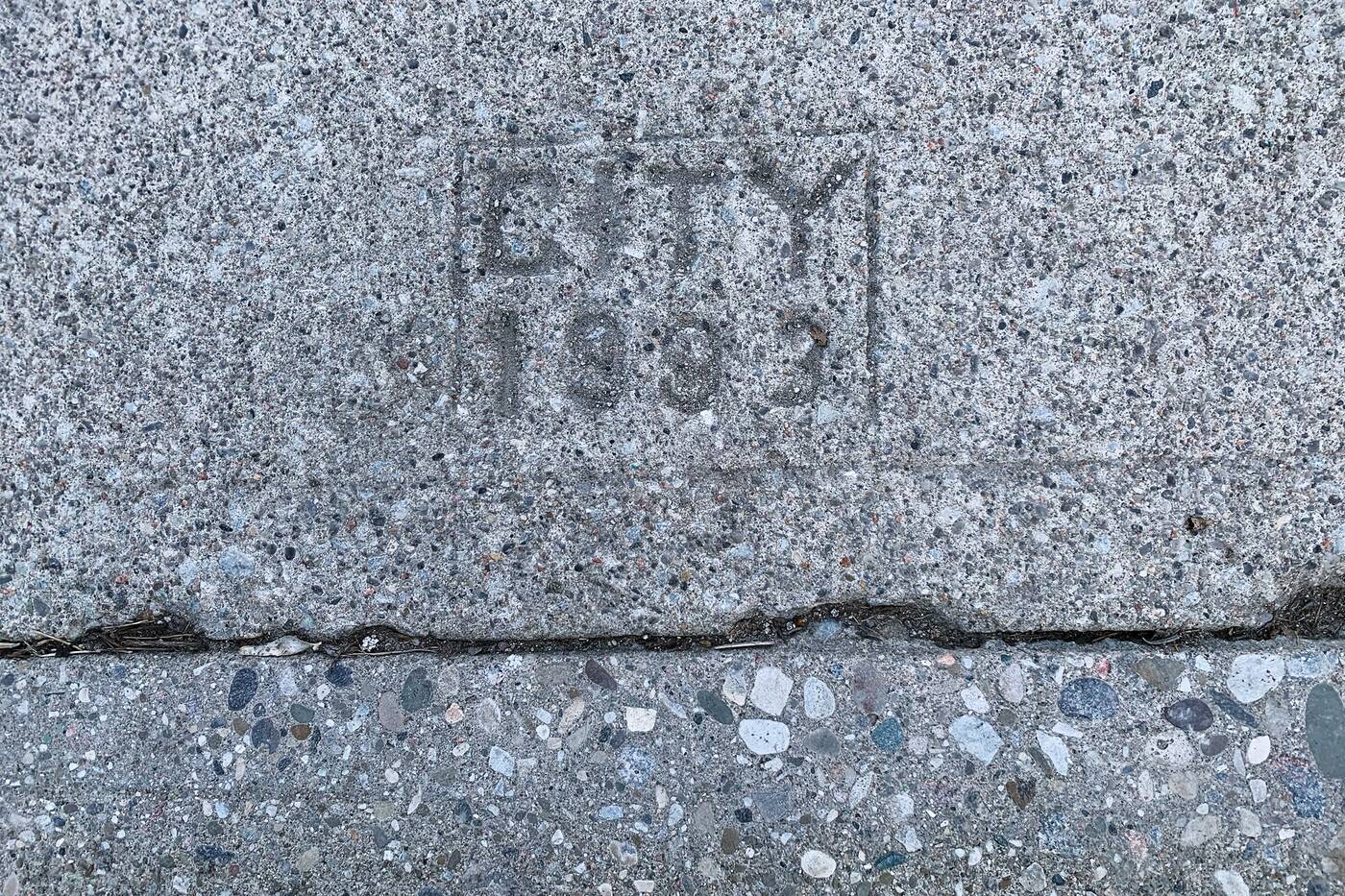 The stamp on the sidewalk on Perth, south of Dupont. Karen Longwell photo

However, many disagreed and suggested the date is actually 1993.

Others dug up old photos from the time period to show that there weren't many roads in the area at the time, and another person noted that the Junction wasn't a part of Toronto until 1909. 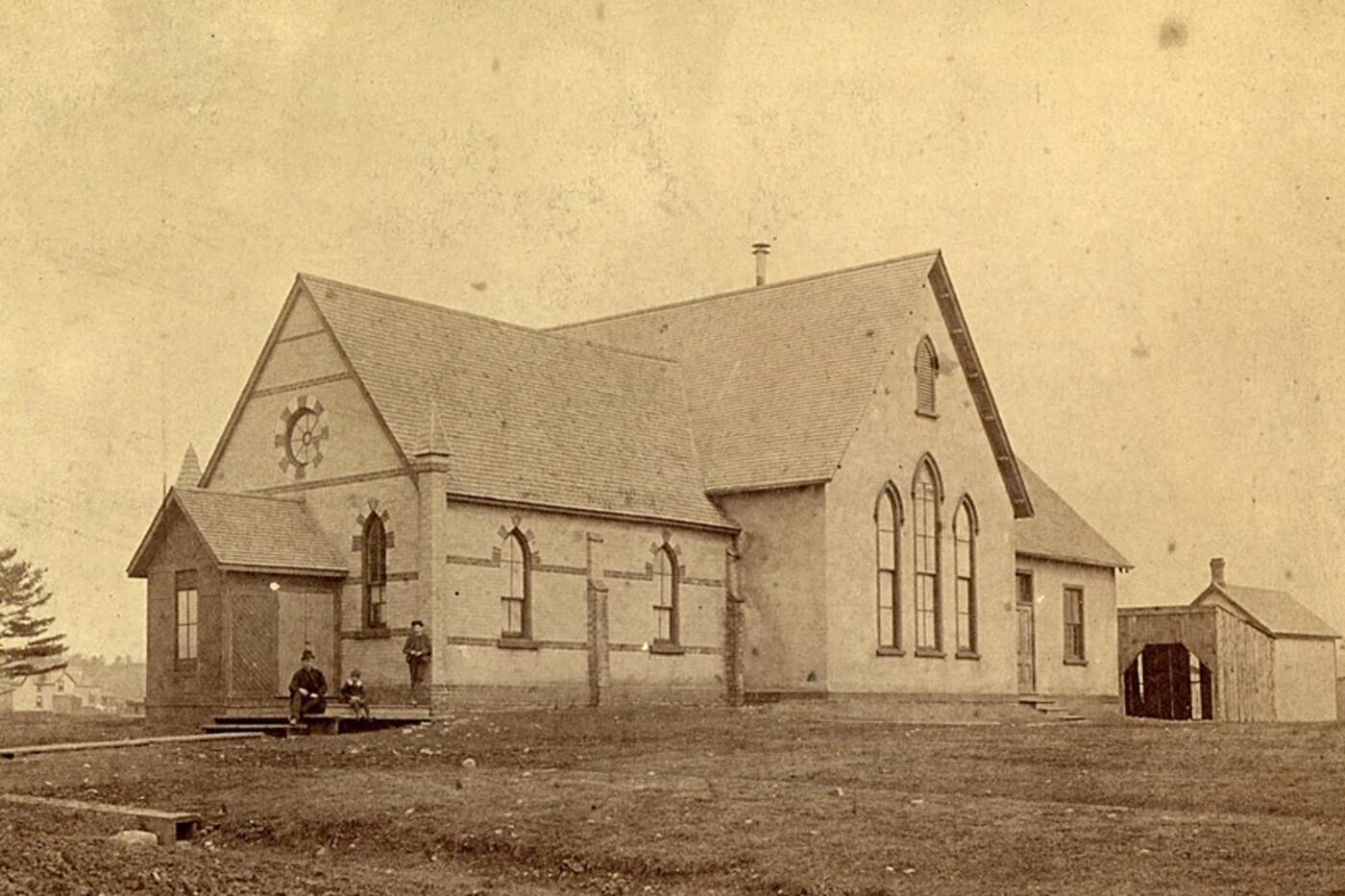 A photo taken from Perth and Ernest in 1889 shows the area was sparsely developed. Photo via Toronto Public Library

But others still insisted the sidewalk date was not 1993.

"It's definitely not 1993, the 8 is taller than the 9, as well has taller and less compressed 'holes' compared to the 9," one person wrote.

The City of Toronto, however, believes the sidewalk is likely from 1993.

"The first sidewalks in Toronto, made of wood (wood planks and cedar), were originally constructed and installed in the early 1880s through the 1890s," Holmes said. "From there, they progressed to asphalt and brick sidewalks from 1898 onward, and then concrete started appearing more and more starting in the 1920s." 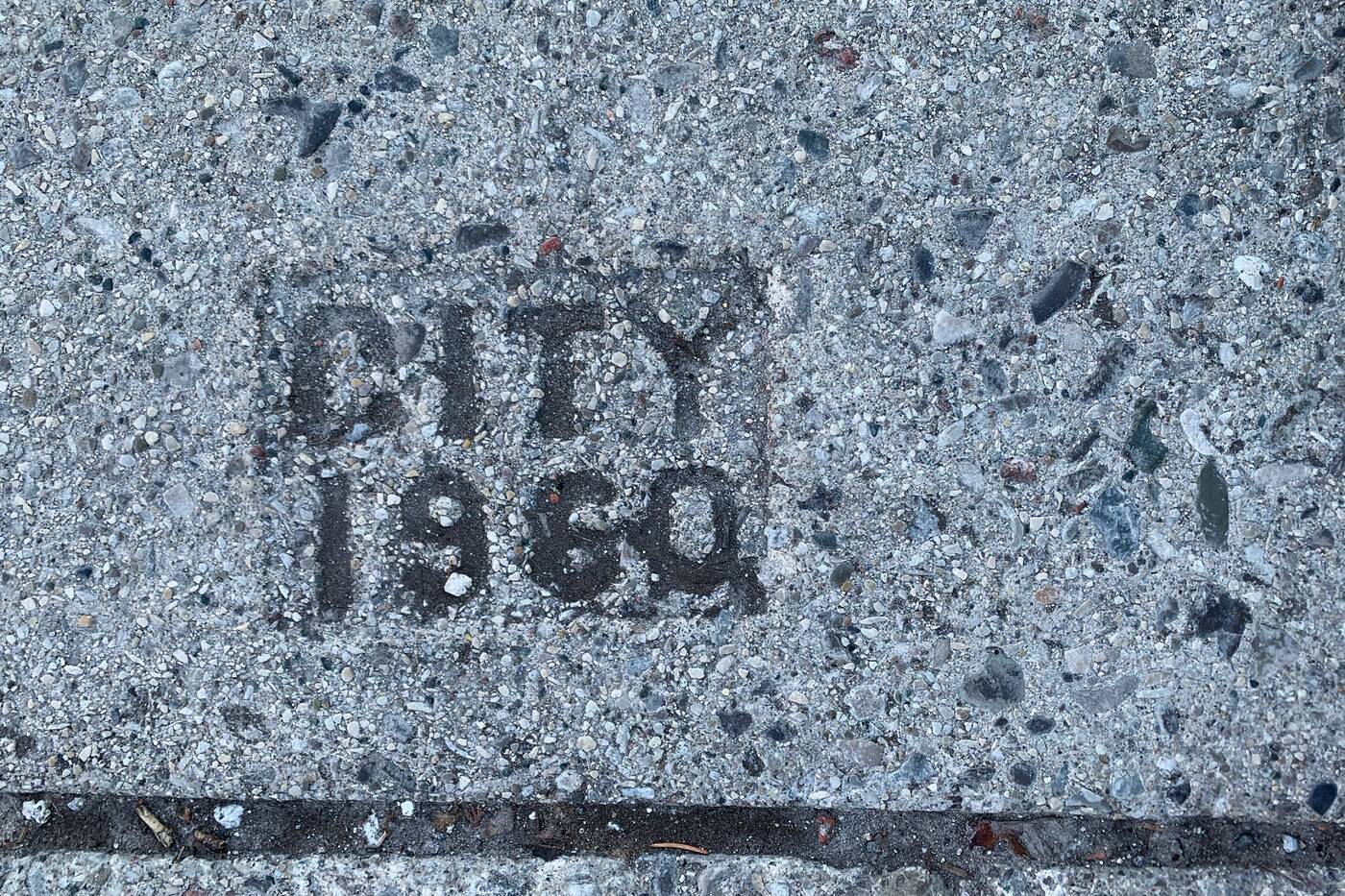 So, there would be no concrete sidewalk in Toronto with a date earlier than the 1920s.

The "City" stamp indicates that the work was repair work performed by city crews, not full-block construction/reconstruction, Holmes added.

Sidewalks frequently need to be removed, re-poured or repaired to access the infrastructure underneath such as water, gas and hydro lines. Maintenance and rehabilitation work  is constantly being performed on sidewalks across Toronto, Holmes said. 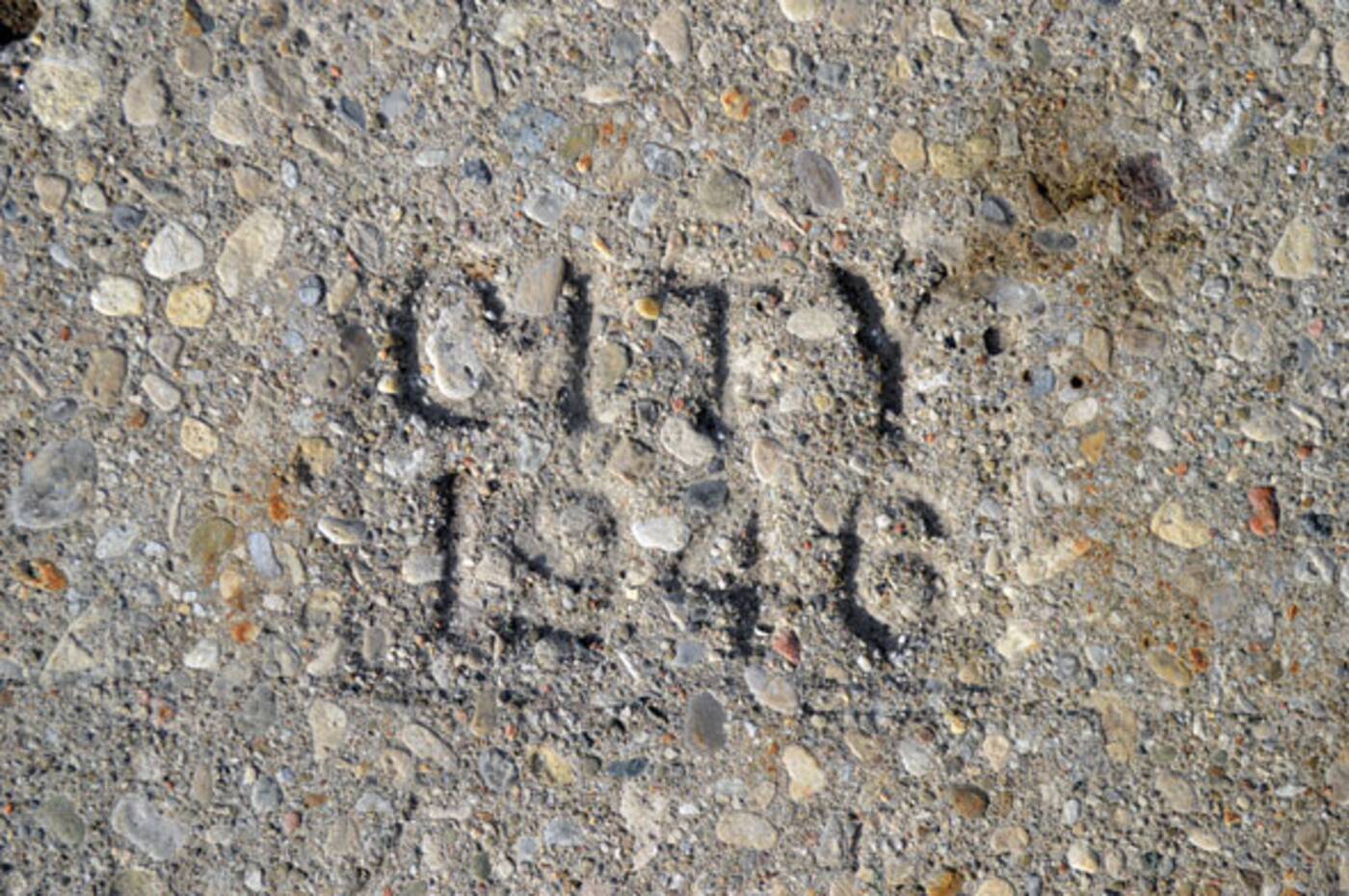 One of the oldest stamps in the city could be this one at Greenwood subway station. blogTO photo

One of the oldest stamps found in recent years was at Greenwood subway station, dated 1946.

The city couldn't say where the oldest sidewalk stamp is in Toronto so if you are out for a walk, take a look at the stamps in the concrete — you could find it.