Finding love is in a big city is always hard, but finding love in a city on lockdown is even harder. You can look through dating apps, Instagram, and long forgotten Facebook groups to find your better half, but it doesn't always mean you'll find that connection right away.

Dale Thompson and Karin Lowe met through Hinge. Dale made the first move to message Karin and after two weeks of talking they finally went out on their first date.

Karin and Dale both agree their connection was instant. Sparks were flying during dinner and by the end Karin knew she had to go for it.

"We totally hit it off and there was definitely a connection! Dale paid for dinner and as we were exiting the restaurant, something came over me and I made the first move, something I've never before," she said. "I gave him a kiss on the lips right after saying thank you".

Even though the lockdown has closed down a lot of indoor festivities, Dale says planning dates hasn't been too hard.

"We’ve spent countless hours walking, hiking, exploring urban areas. We both love to cook, so it's been very satisfying to spend time in the kitchen together," he said. "We've binged on shows and movies and talked out so many important things in-between". 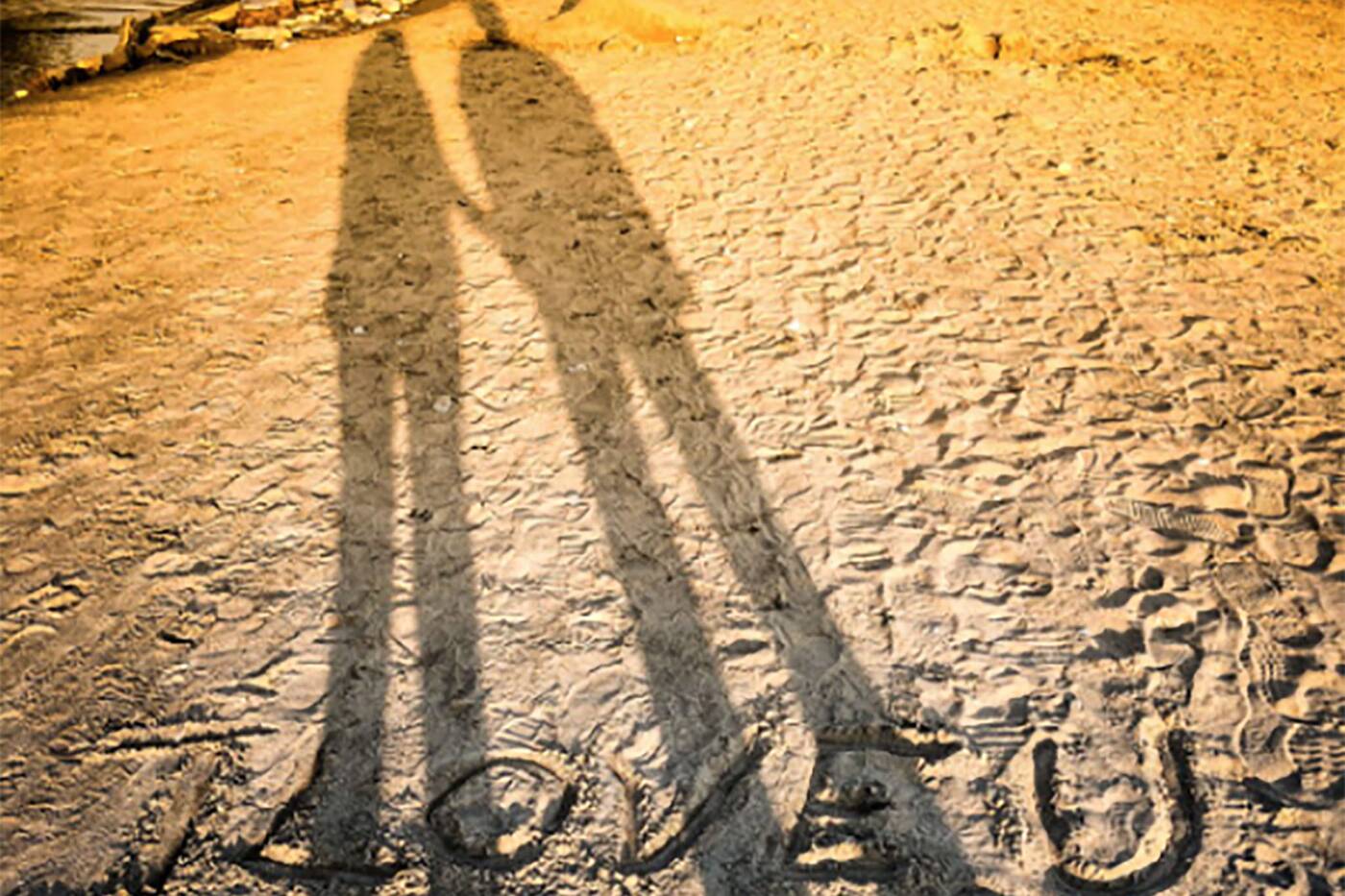 Dale believes he met Karin in a past life and that they have managed to find each other again at this point in their life. Photo by Dale Thompson.

Obviously dates aren't the only thing that helps keep romance alive; you need to enjoy the little things your partner has to offer. For Karin, it's Dale's ability to always keep her smiling, "He is extremely thoughtful, helpful and considerate. He is romantic, affectionate, respectful, selfless and knows how to communicate well".

Dale feels like Karin was his soulmate from a past life and that, by luck. they managed to cross paths again.

"Karin is incredibly kind, has a beautiful heart and is the most open person I've ever met," he said. "She's my best friend and I can't think about not being next to her for the rest of my life".

Knowing that love isn't dead and that soulmates exist has honestly been the highlight of my grey-zone week. Dale and Karin prove that love is possible, even under the most unconventional of circumstances, if you're open to the idea of it happening.