Less than two weeks before more businesses are slated to resume operations in Ontario regions under grey zone lockdown, some health officials are advocating for tougher measures and are calling the current COVID-19 situation in the province "completely out of control."

The comments come via the CBC from Dr. Peter Juni, the scientific director of the Ontario COVID-19 Science Advisory Table, which is behind the grave modelling projections that have often, admittedly, missed the mark.

Residents may remember Juni from earlier this month, when he called for a stringent three-week lockdown of the Golden Horseshoe to gain control of virus transmission.

As such, hospitalizations and ICU admissions are now higher in the province than they were at the time of our blanket shutdown that commenced on Boxing Day, begging the question of not if, but when another lockdown of such magnitude should be implemented.

"The new VOCs will result in a considerably higher burden to Ontario’s health care system during the third wave compared to the impact of early SARS-CoV-2 variants during Ontario’s second wave," the panel predicts in a new brief released Monday. 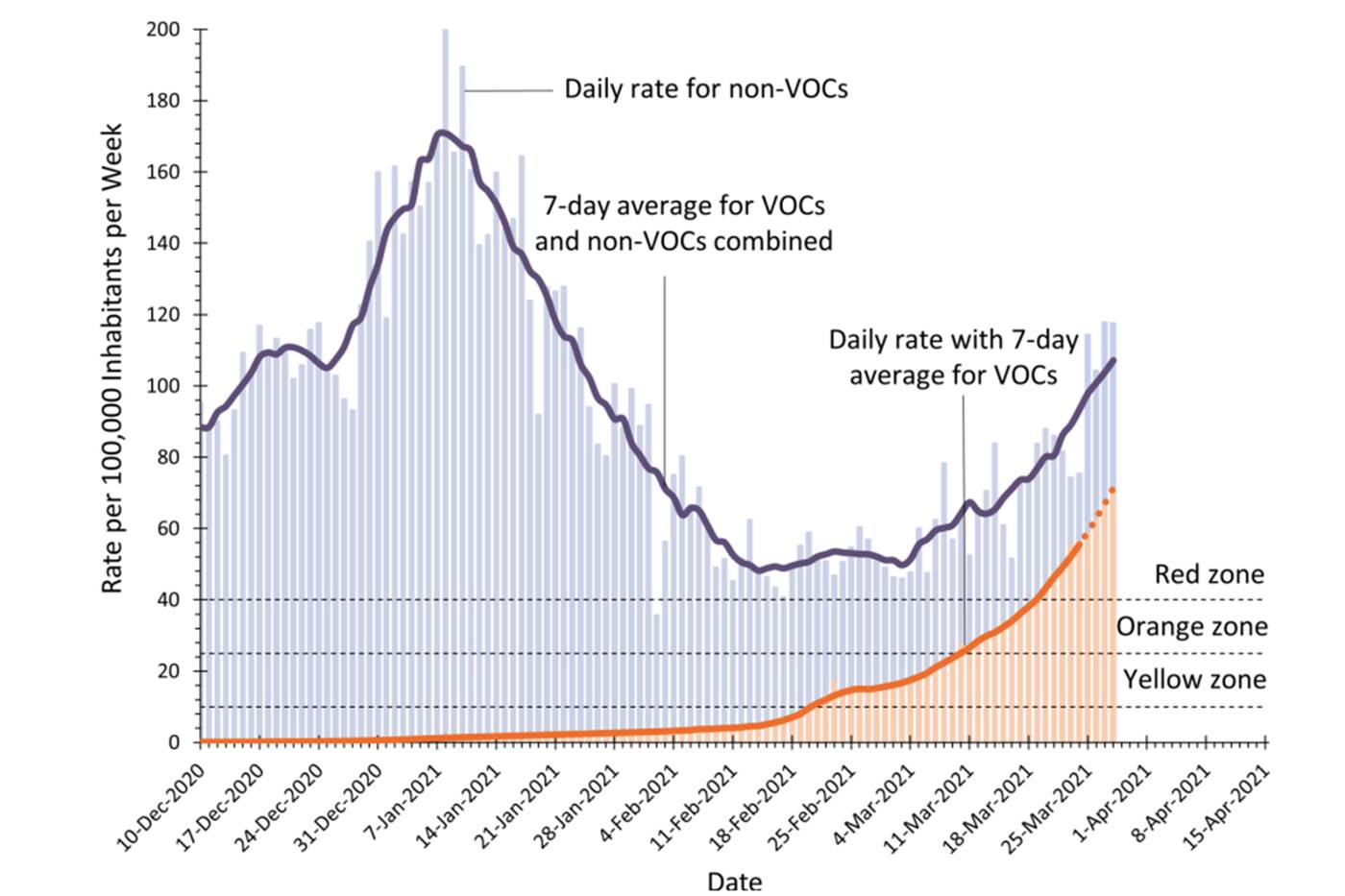 Though both the daily case count and the seven-day moving average of cases per 100,000 residents in the province is still far below its second wave peak in January, numbers are slowly rising again from a lull last month, and the numbers for variants of concern specifically are higher than ever.

And though the data set is limited, it appears that a higher proportion of younger people are being admitted to the ICU this month than in December. 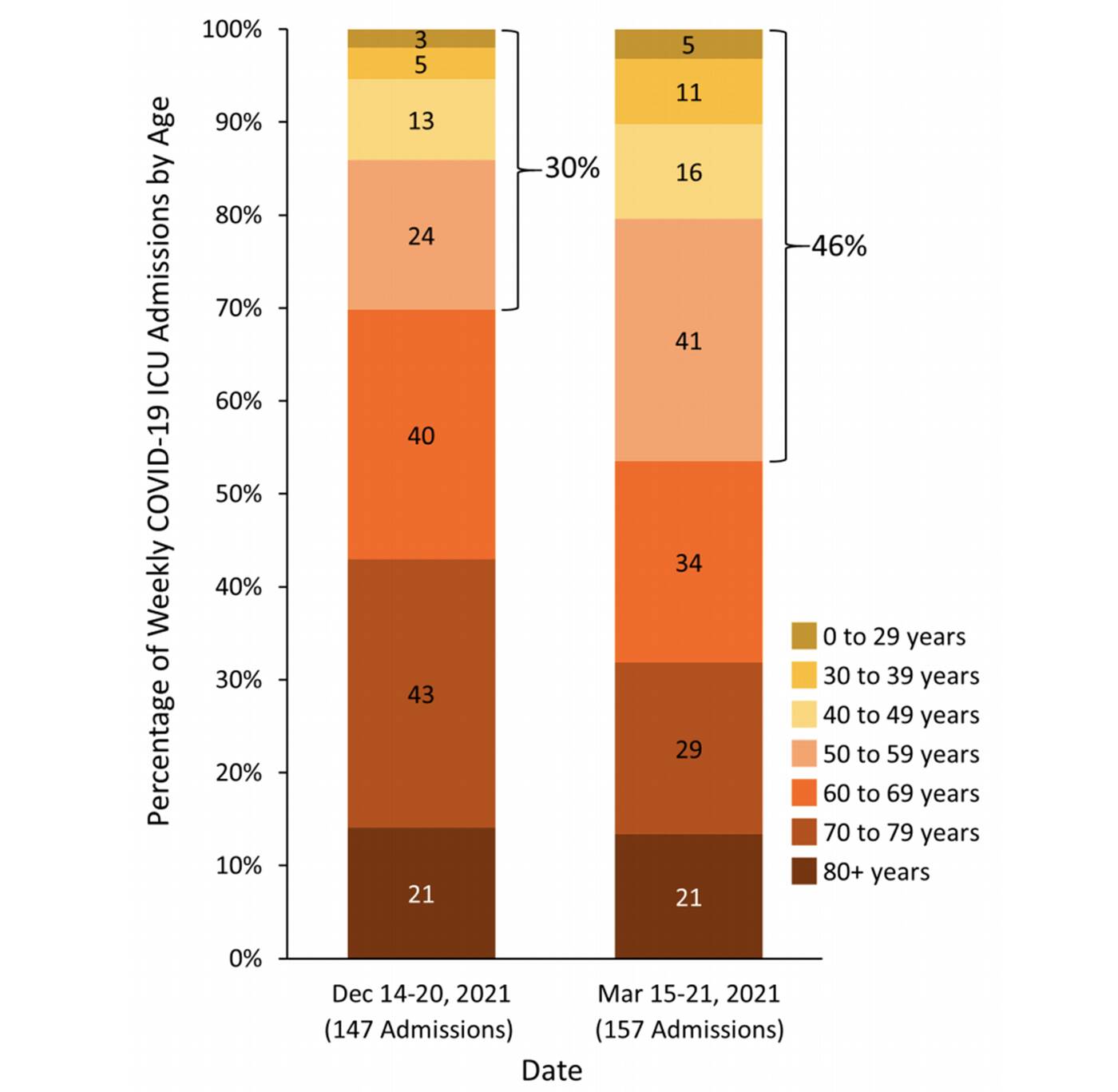 ICU admissions in Ontario by age in December vs March. Chart from the province's COVID advisory table.

While some experts are cautioning of troubling times ahead if stricter lockdowns are not implemented, others are warning of the dangers of such lockdowns on residents' mental states, with suicidal ideation and actual suicides, eating disorders, overdoses, cases of domestic violence and other mental health and social issues on the rise.

Many are also calling for targeted measures such as paid sick leave for essential workers after outbreaks among migrant workers, in factories, in the grocery and food service industry and at other workplaces, which some point out are greater drivers of transmission than people gathering or frequenting local businesses.