Ontario's seemingly ever-changing (and never-ending) lockdown rules have been undeniably confusing for residents, between the now-obsolete reopening stages, the new colour-coded zones — as well as amendments to those zones — and regions opening slightly just to be closed back down soon after, just to open further one week later.

Keeping track of which locale is in which zone at any given time can be tough seeing as the province is constantly re-assessing health indicators for each region and then making decisions on which zone to put them in every two weeks.

And, that's if officials don't decide to implement the emergency brake.

Thankfully, the provincial government has created a handy interactive map that is regularly updated to let citizens know how open different parts of the province are, and which businesses are accepting customers where. 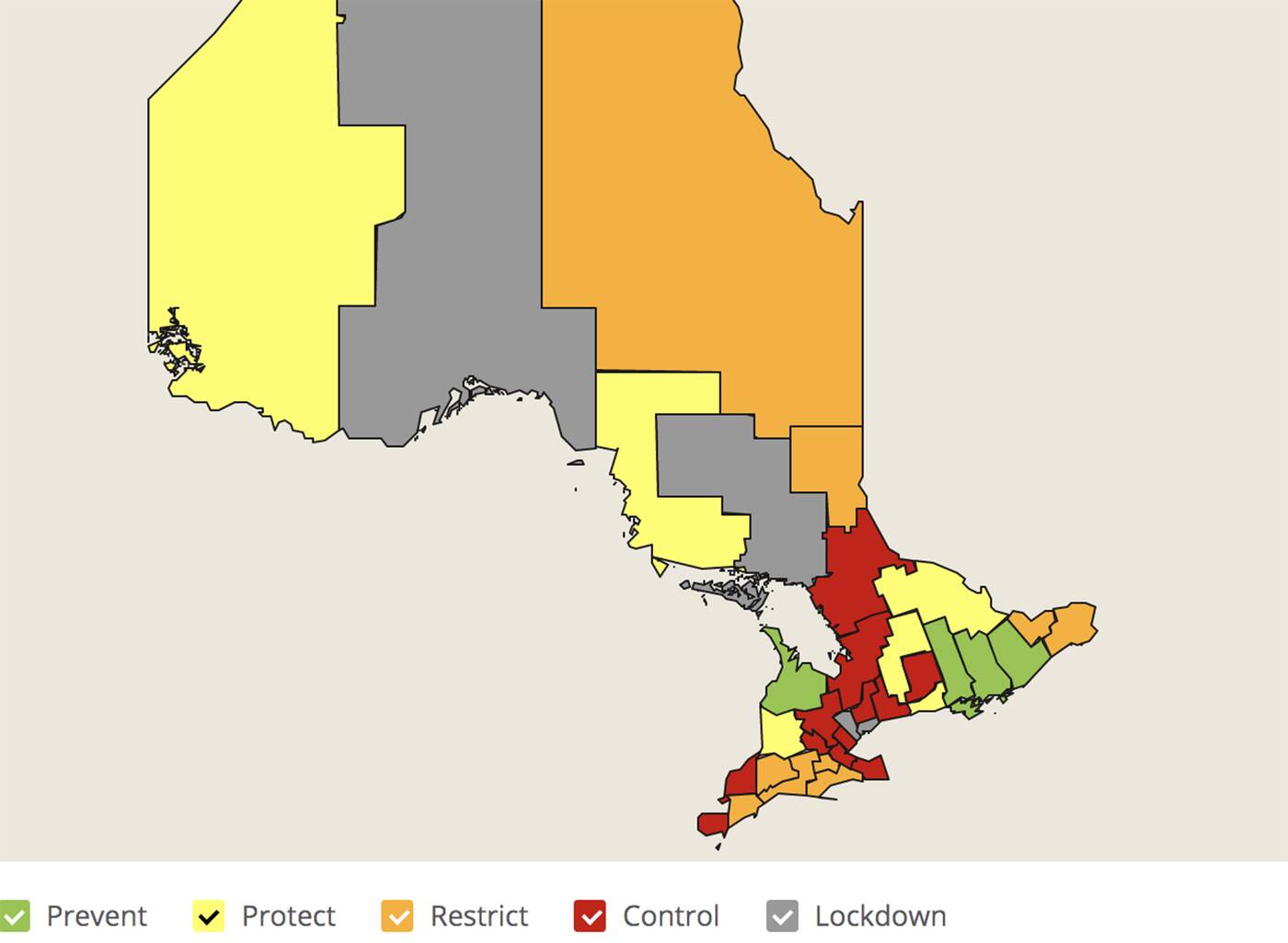 Interactive colour-coded zone map from the Province of Ontario.

The tool also allows users to see how long any region has been in a respective zone, as well as additional health and safety measures the local municiality may have put into place, such as the workplace restrictions Toronto Medical Officer of Health Eileen de Villa just ordered for the province's biggest city .

Residents can also search what region and zone their hometown is in if they're not sure whether their iteration of lockdown has changed recently, and see the COVID number targets it will have to reach to be able to move into another zone.

And, of course, the site also provides links to more detailed rules under each zone, including gathering limits, which types of businesses can open and to what extent, as well as things like capacity limits and other restrictions. 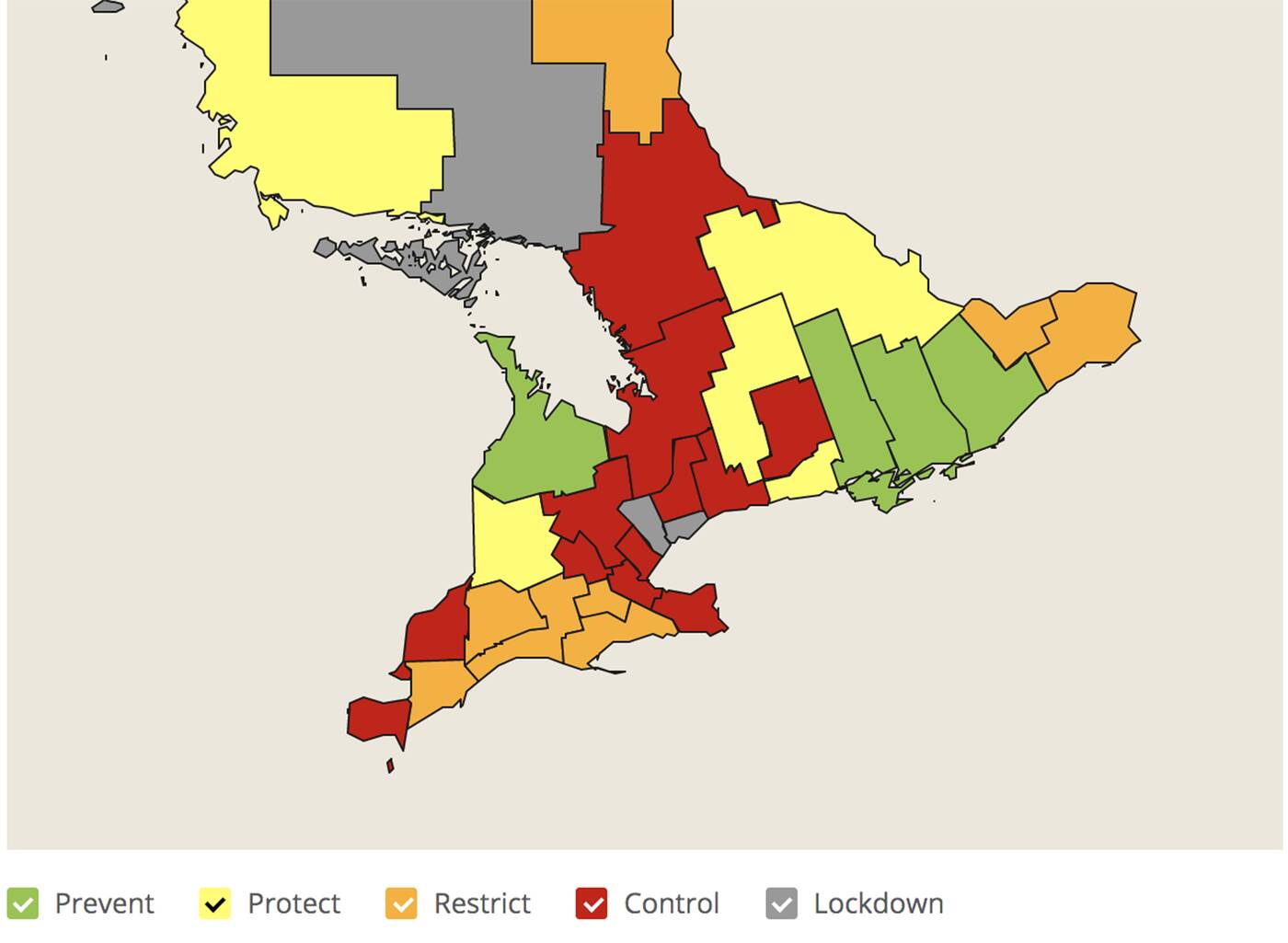 Looking at the zones Southern Ontario in more detail. Map from the Province of Ontario.

It's a simple and easy-to-use instrument for keeping track of how Ontario's reopening is progressing, and how well each corner of the province is doing as far as infection stats.

It's also extremely effective and much-needed given how perplexed many have been about lockdown rules and phases.

People should note that there are no longer any regions under the full shutdown that the entire province was placed under on Boxing Day, which Peel, Toronto and North Bay Parry Sound just graduated out of on March 8.

And, if the emergency brake is indeed introduced for a region, that said region is brought back into the grey zone, not into the slightly more prohibitive blanket shutdown.