An iceberg twice the size of Toronto just broke off Antarctica

A massive iceberg spanning 1,270 square kilometres has broken off from the Brunt Ice Shelf.

That's a piece of ice almost exactly twice the size of this city (Toronto is around 630 square kilometres) drifting off Antarctica.

Glaciologists with the British Antarctic Survey's (BAS) Halley Research Station have been expecting this big calving event to happen for at least a decade. 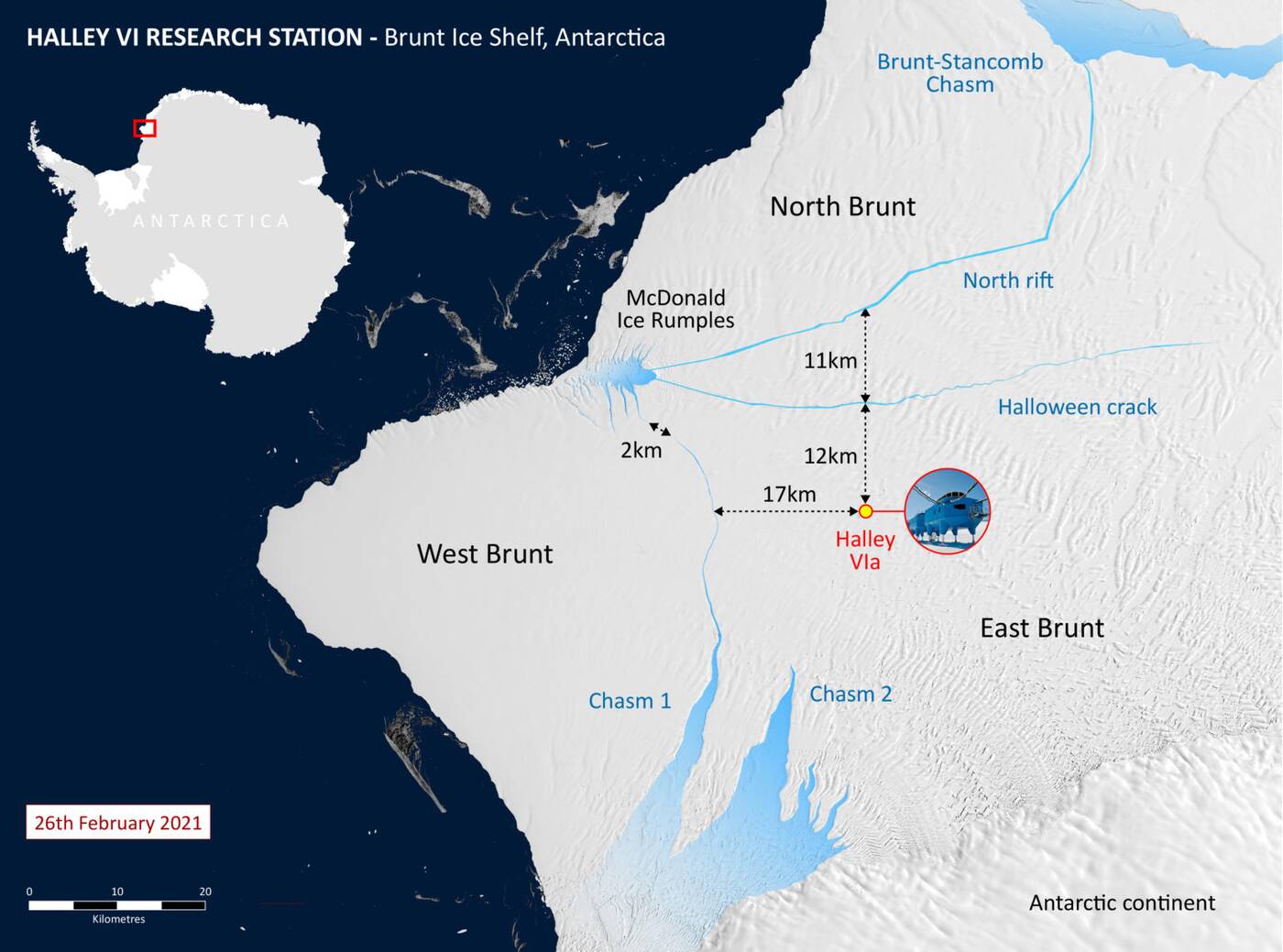 The North Rift has been moving northeast since November and finally cracked apart from the shelf on February 26. Photo via British Antarctic Survey's Halley Research Station.

Scientists first detected growth of vast cracks in the ice years ago.

In November 2020, a giant crack called the North Rift first started to move upwards towards another chasm 35 kilometres away. By January, it had begun pushing northeast at up to 1 kilometre per day, said BAS in a statement.

The crack widened by several hundred metres and, on February 26, released itself from the rest of the 150-metre-thick floating ice shelf.

BAS says that the iceberg may move away over the coming weeks or months, or that it may run aground and remain close to the Brunt Ice Shelf.

The North Rift is the third major crack to become active in the last decade.

BAS's research station has already had to relocate in 2016 to avoid the paths of two other chasms: Chasm 1 and Halloween Crack. Neither of those cracks have seen any movement for a year and a half.

The station is currently closed for the Antarctic winter, but the BAS team says it's monitoring the ice shelf daily using GPS and satellite images from ESA, NASA, and a German satellite called TerraSAR-X.

"This is a dynamic situation," said Simon Garrod, the Director of Operations at BAS.

"Four years ago we moved Halley Research Station inland to ensure that it would not be carried away when an iceberg eventually formed. That was a wise decision. Our job now is to keep a close eye on the situation and assess any potential impact of the present calving on the remaining ice shelf."

According to BAS, there's no evidence that climate change has played a significant role in the ice changes at Halley.