Toronto-born Laura Whitney Sniderman, 30, says she never felt as lonely as she did her two years studying at Columbia University in New York.

"Coming back to Toronto in February right when COVID hit, I was so excited to finally connect with the community, but then I realized that it wasn't going to be possible in the way that I'd hoped," she said.

Now isolated due to the pandemic, Sniderman tried a few apps for making friends online but was disappointed to see that they were pretty much just a copy and paste of those geared to dating. 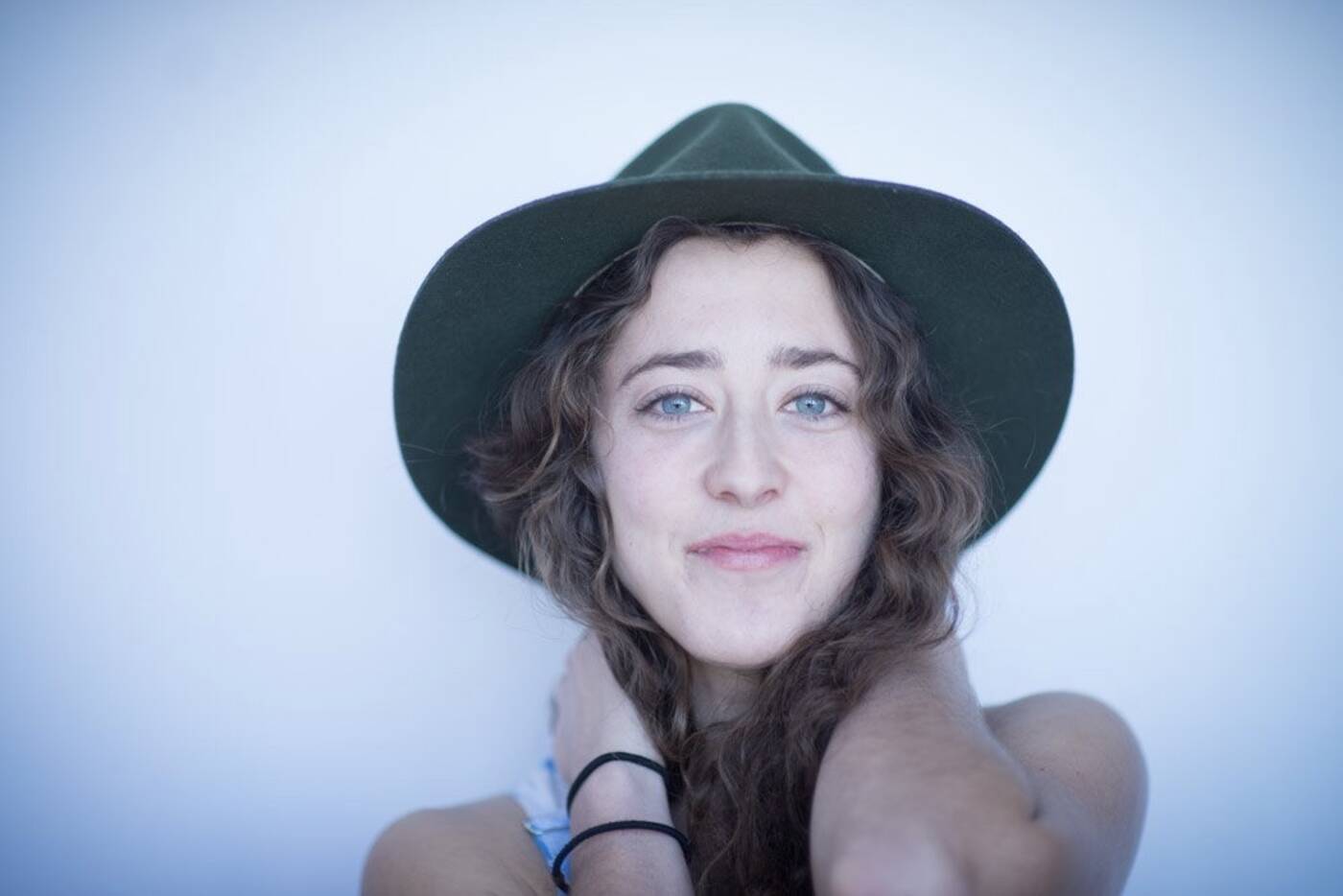 Laura Whitney Sniderman, 30, started Kinnd to help people with loneliness during the pandemic.

With experience creating and running an in-person women's retreat company the past seven years, Sniderman decided to try and create that same feeling of connection digitally.

She started a global friendship group on Facebook, Kinnd, the name combines the words 'kin' and 'kind,' seven months ago. It now has nearly 7,000 members from over 100 different cities.

"I think Kinnd has grown so fast because people are realizing there are no organic ways to make friends right now," she says. "They're feeling lonely and isolated, and they want a way to make a friend that doesn't feel like dating." 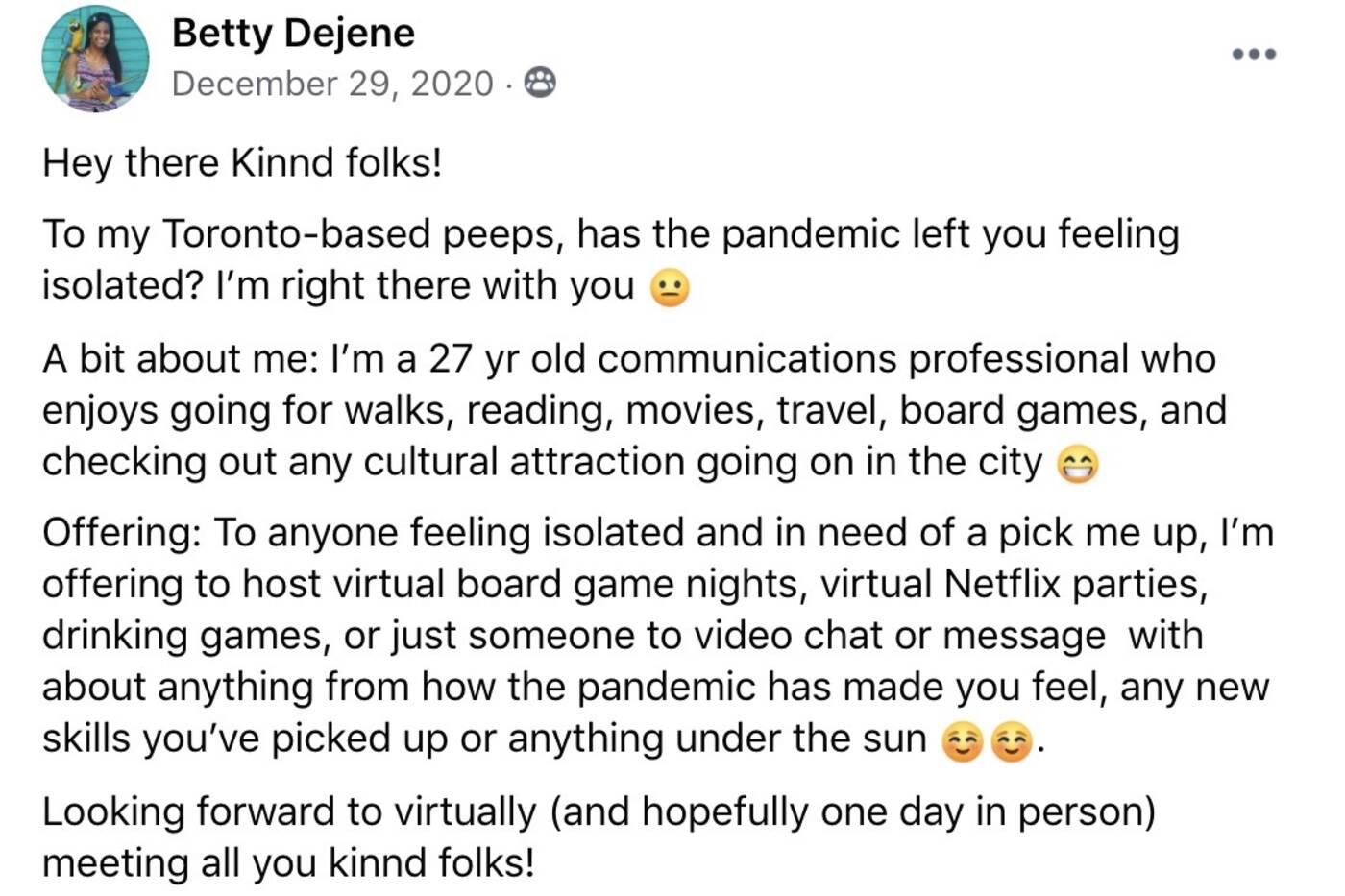 Each new group member is meant to introduce themselves and then make an offer and a request.

The way the group works is that each new member is required to introduce themselves, and then start what's called an icebreaker barter where they state what they have to offer and what they're looking to receive.

"The offering and request can be a skill, knowledge – so exchanging your favourite podcast or offering to be a mentor – or time and energy," Sniderman explains.

"It's about trying to shift the mentality about how one goes about making a friend toward generosity and reciprocity by having it be the icebreaker for the friendship."

An offer of acting as someone's goal-setting accountability buddy has been proposed in exchange for some web design advice and art lessons for a conversation in Spanish. 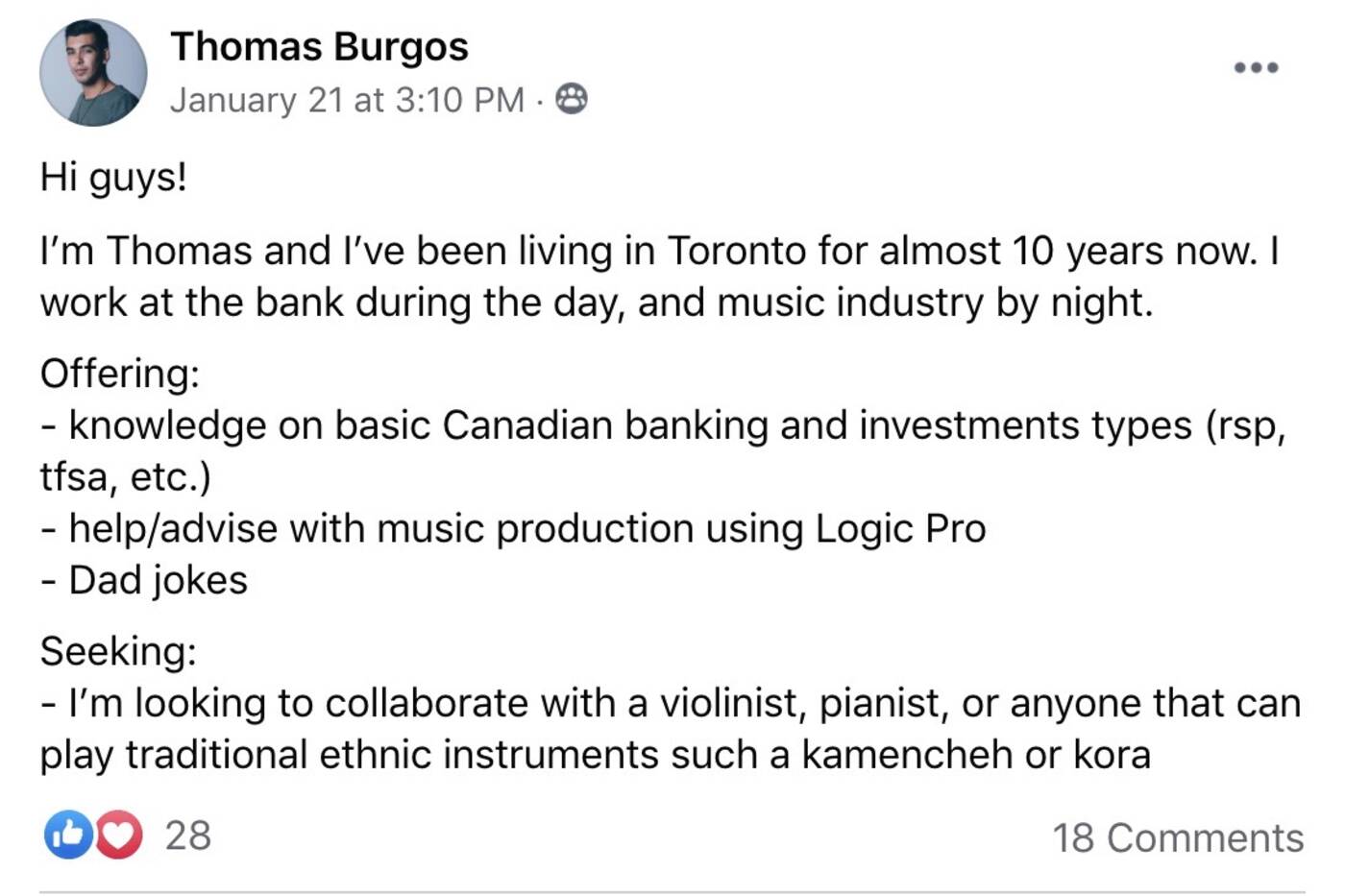 Over 7,000 members are now in the group from over 100 different cities around the world.

While someone else offered sailing lessons on their 40-foot yacht on Lake Ontario in exchange for some intellectual conversation.

"He went through with it too and taught three different groups, maybe 15 people, how to sail during the summer when things were less in lockdown," Sniderman says.

Now Sniderman is currently working on turning Kinnd into an app alongside four developers who she happened to meet in the group.

"It opens up the literal world of potential friends when you remove the need for proximity in the realization and the belief that it's possible to make just as meaningful of a connection exclusively online as it is in real life."