A heart-shaped flight around the city was the over-the-top present one Toronto pilot got his girlfriend for Valentine's Day.

Private pilot Blake Crosby, who flies a Piper PA-32 Cherokee Six, posted images of his flight path online, showing that it was in the shape of a heart.

"Since we couldn't go out for a fancy dinner, I decided to try something different and fly her around the city," Crosby told blogTO.

"Instead of the regular old city tour where you do a few orbits around the CN Tower and land, I decided to make it a little more cheesy by filing a flight plan around the city in the shape of a heart.

"I used a popular flight planning tool for pilots called ForeFlight, then filed my plan like any other flight." 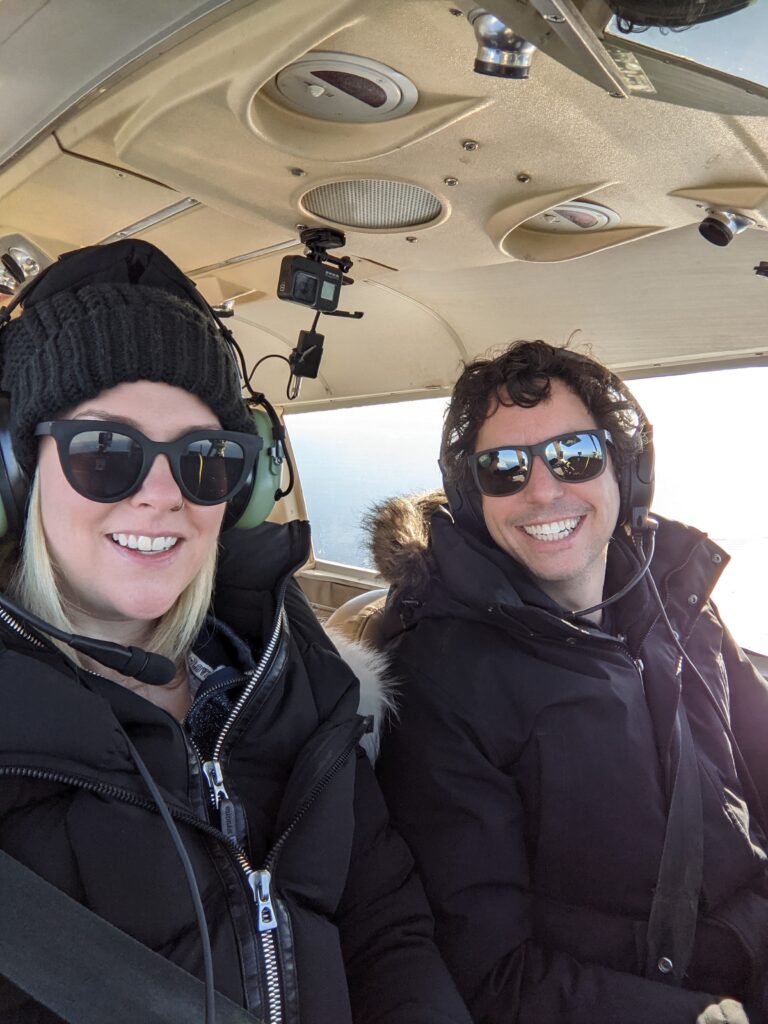 Crosby and his girlfriend on their heart-shaped flight path. Photo courtesy of Blake Crosby.

Crosby goes into detail about what it took to actually plan and execute the flight in a post on his personal blog, saying he texted a friend his idea.

"He thought it was a great idea and got me in touch with a Toronto area controller who forwarded me a document on how to request photo survey flights to Nav Canada," wrote Crosby.

He addded that with some coordination ahead of time, he was able to stay out of the way of the heavy jets flying into and out of Canada’s busiest airport.

"Following the directions, I prepared a VFR chart with the help of ForeFlight. Being the hopeless romantic that I am, I decided to make the length of the route 114nm, with a departure time of 14:14Z.

"I was careful to avoid airport control zones as much as possible so the route stays outside of YYZ's CZ." 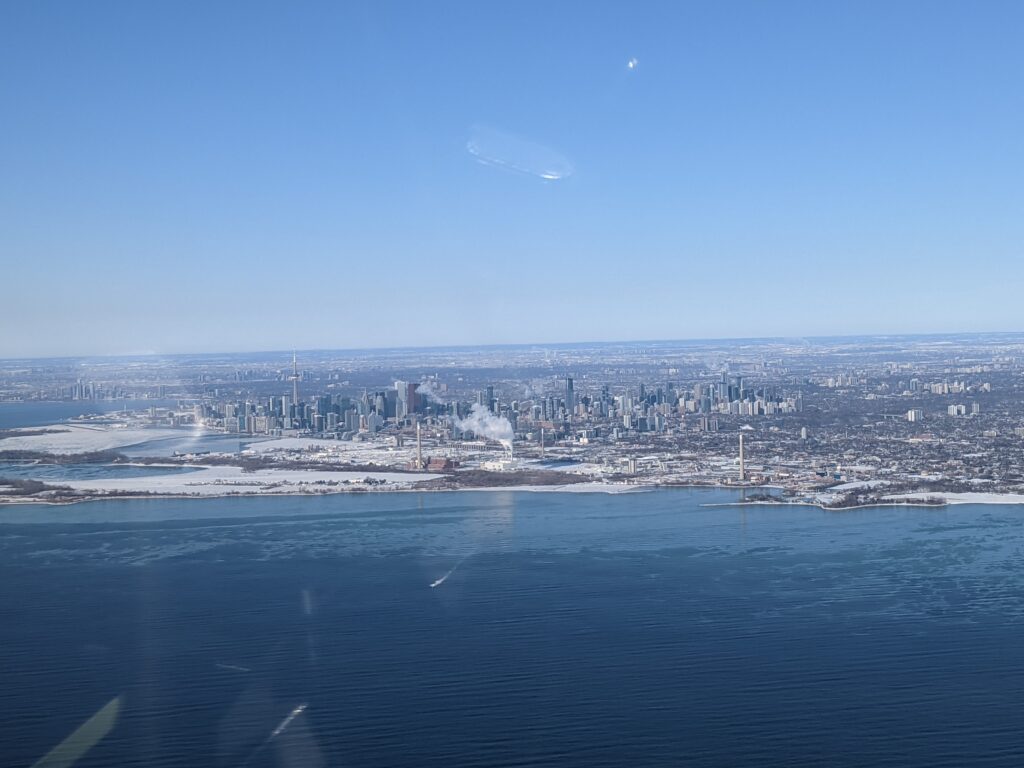 The view of the city from Crosby's plane. Photo courtesy of Blake Crosby.

His plane even has a nickname, Plane Jane, and she's adorned with a Baby Yoda bobblehead you can see in an Instagram Story that Crosby posted of the heart-shaped flight. His auto pilot has a nickname, too.

"With the help of Stevie Wonder (the hilarious name the same flying buddy gave to my auto pilot) I was able to enjoy the flight with Becca as we took photos of the city and Lake Ontario," Crosby wrote on his blog. 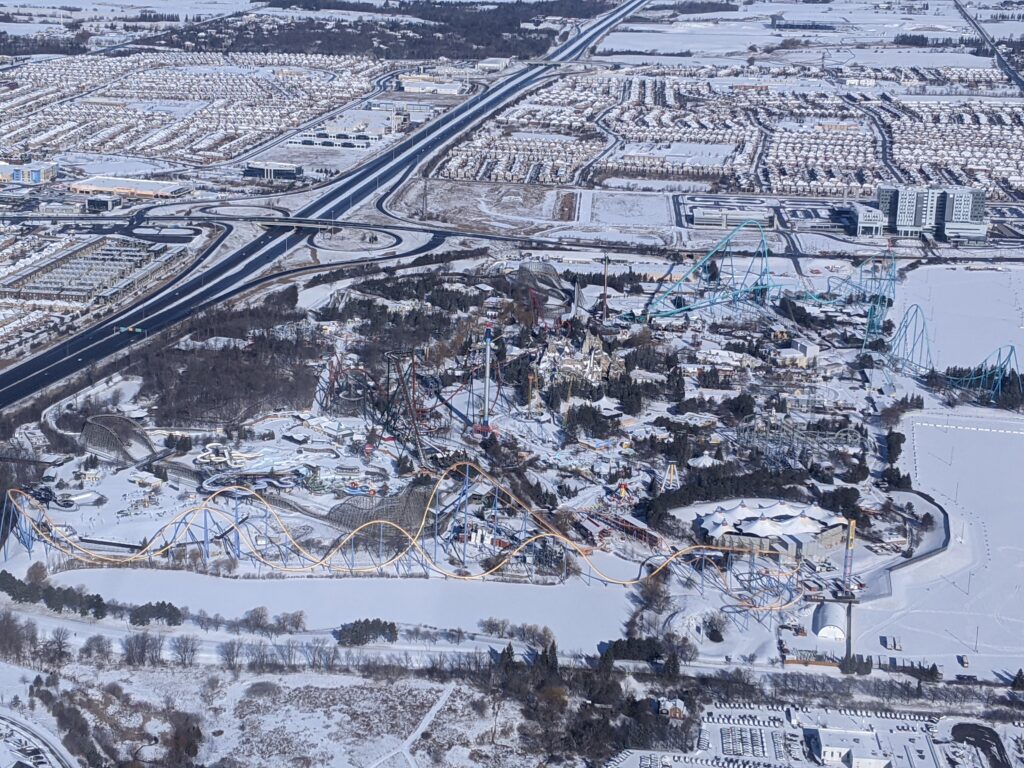 View of Canada's Wonderland from above. Photo courtesy of Blake Crosby.

He was able to get a some great photos and video of the city from above, including a bird's eye view of Canada's Wonderland.

"After the flight worked out, I just thought it would be nice to share this publicly. We all need a little love right now. Being stuck in the pandemic and all," says Crosby.