Toronto's iconic Stardust Convenience has reopened with a new name

In a delightful turn of events for one Toronto neighbourhood, a beloved convenience store that was closed and gutted late last year has unexpectedly come back to life.

Brockton Village residents were themselves gutted in late December to find that Stardust Convenience at 740 Dufferin St. had shut down, seemingly for good.

Everything had been removed from inside the colourful store at Dufferin and College as of December 10 and signs had been hung on the windows proclaiming "WE ARE CLOSED." On top of that, the location had been put on the market for lease.

"Do not miss this opportunity to be among the very few lucky businesses in the heart of Dufferin & College," reads an archived copy of the original listing. 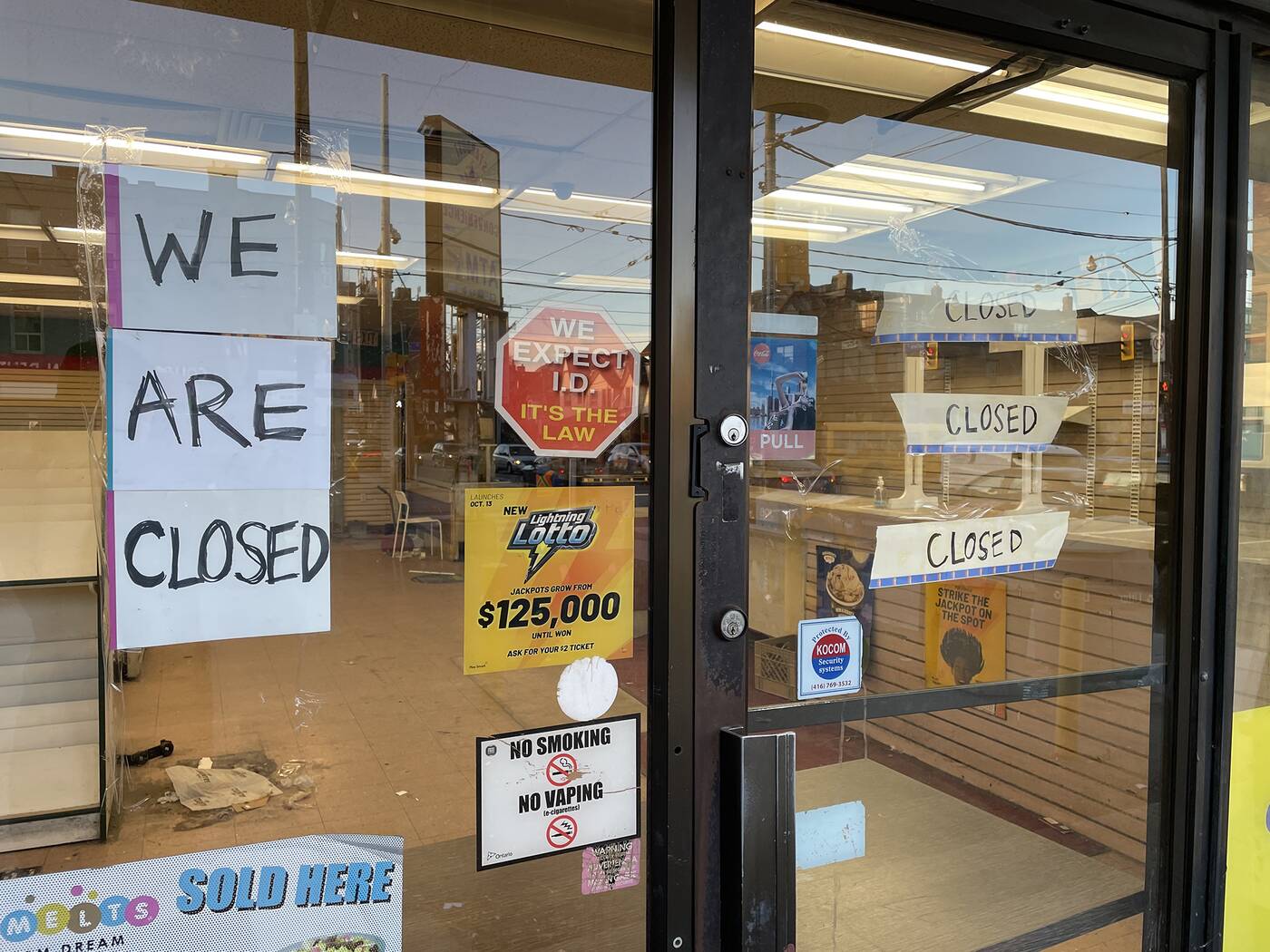 Stardust Convenience closed at the end of November and removed most of its inventory, leaving loyal customers to believe that they'd lost the hub forever. Photo by Lauren O'Neil.

All seemed to be over for the 24-hour store after more than 25 years at its longtime location, which is why locals were shocked to find its doors open earlier this week.

"IT'S BACK!!!! Same owner, renovated and opened again yesterday!" wrote a member of the Brockton Triangle Neighbours Facebook group on Sunday of the store, sharing a photo of the entrance featuring a new (but kind of old) name.

Instead of Stardust, the business is now simply "Star" Convenience — one of many names the unmistakeable yellow sign at Dufferin and College has displayed since 1994, including Starbank Convenience, Star Bank and Polaris Convenience Store. 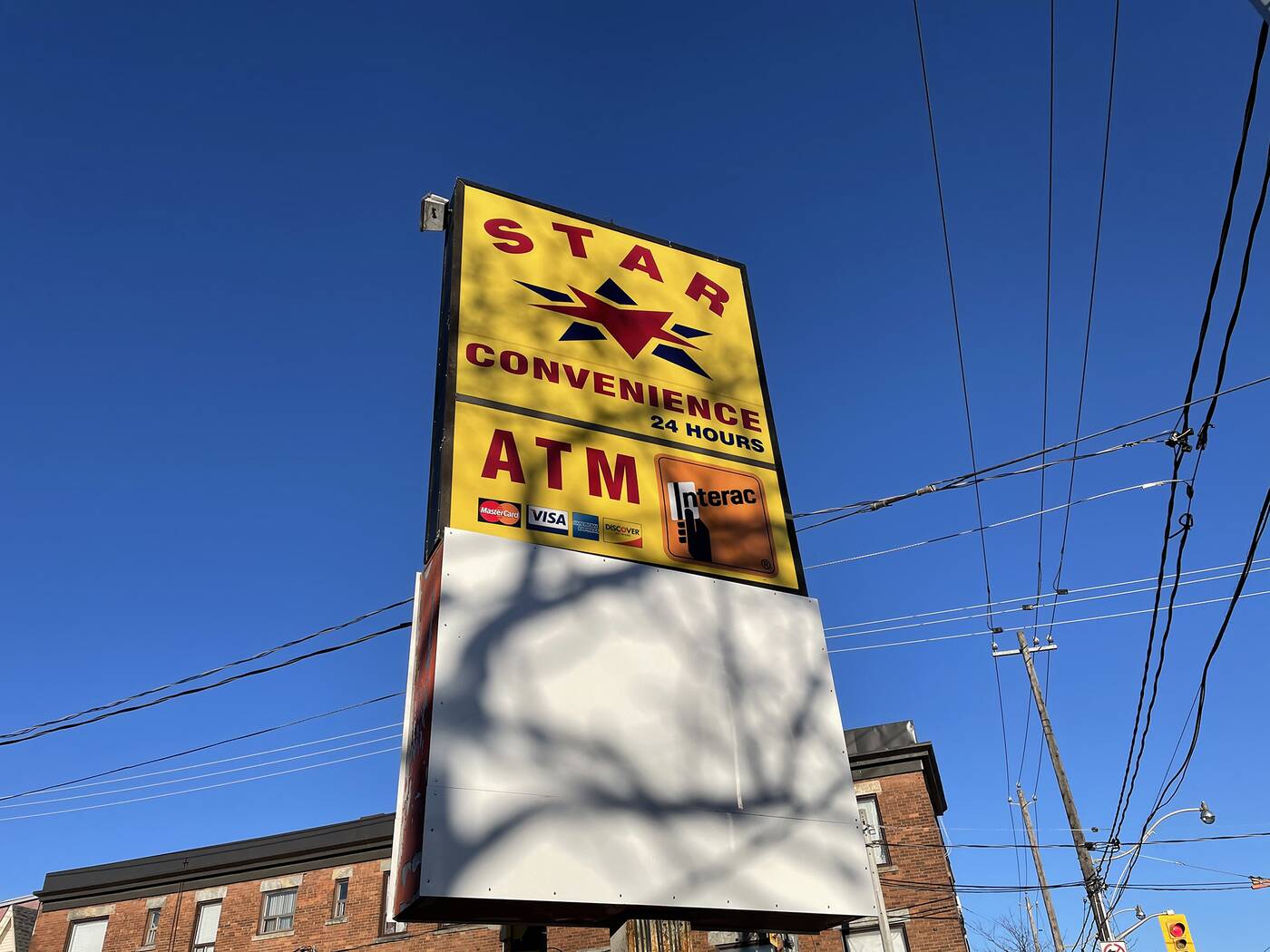 The popular convenience store's new signs bear the same colours and logo as the old ones, but the name has been changed from 'Stardust' to 'Star.' Photo by Lauren O'Neil.

An employee at Star Convenience told blogTO on Wednesday that the business had reopened just days earlier after some renovations involving the "very old" building's structure.

Noting that while it didn't look significantly different inside the store, the employee says he was told that there were problems with things that couldn't be seen, such as plumbing and electrical wires. One of the convenience store's main fridges also needed to be replaced.

The owner, listed as a numbered company in all available business records since 2004, was not available for comment. 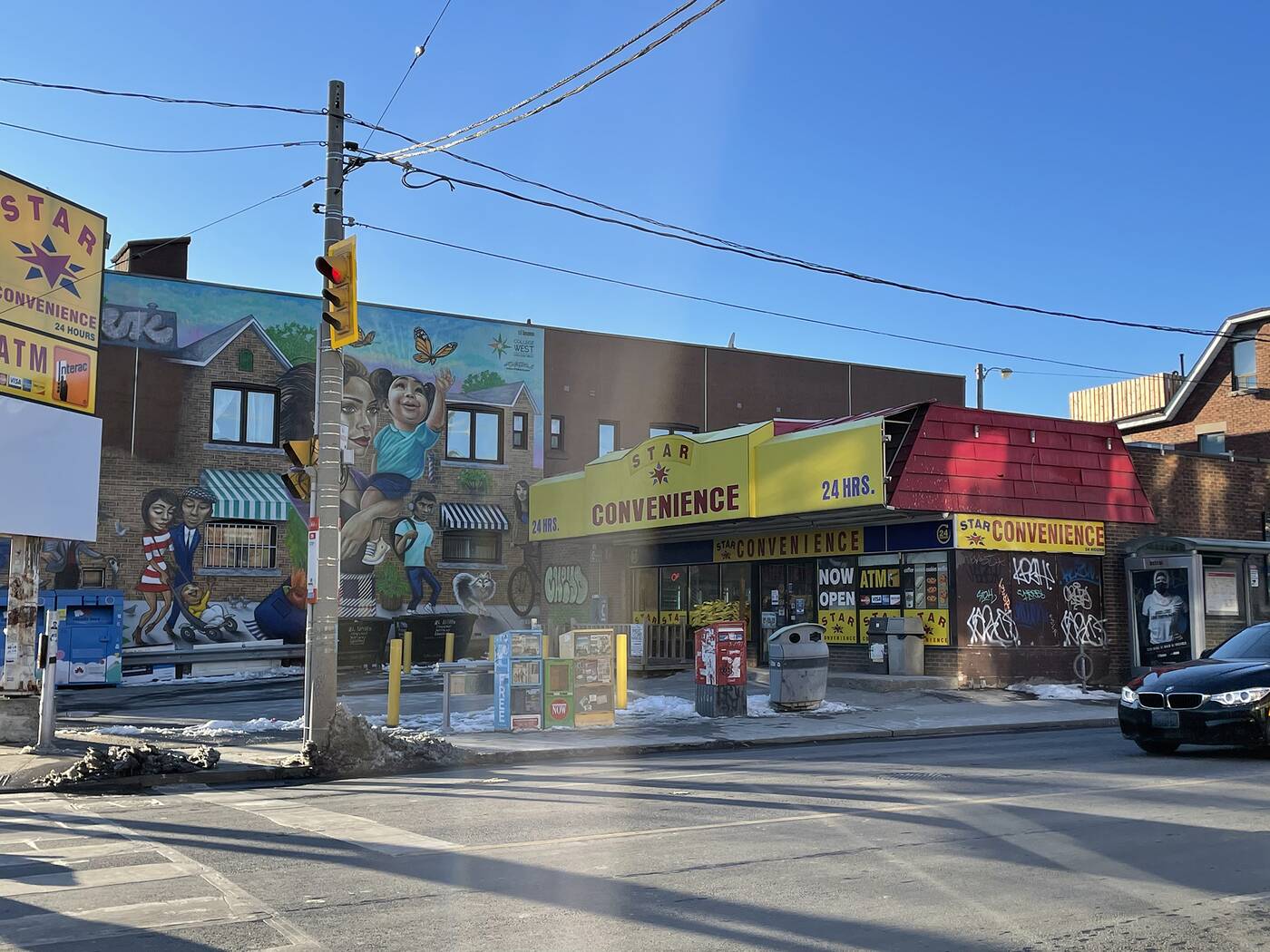 The 24-hour convenience store at College and Dufferin has changed names at least five times now since its inception more than 25 years ago. Photo by Lauren O'Neil.

While unclear why Stardust changed its name again, Star appears to have the same wide selection of products as its predecessor, if not even more snacks and beverages to choose from.

Community members are simply pleased that it wasn't replaced by more condos.

"Yes!! I was so happy to see them yesterday," wrote one local on Facebook of the reopening. "I didn't need anything at the moment but told them they were missed."

"Same!" replied another. "I just walked in to gush about how happy I was they were back"