Since it was put in the ground nearly 60 years ago, a time capsule has remained untouched as thousands of people have walked across the sidewalk into the store it's buried beside.

The time capsule, located next to the Loblaws on Dundas Street West, south of Bloor, recently drew attention from the Weird Toronto Facebook group with some speculating about the history and what is inside.

Some joked the capsule could contain "A TTC schedule that actually runs on time" or a "Hawaiian Pizza was invented in 1962, so at least one recipe that should stay buried."

Others hoped it would help us make it through future disasters.

"Guess were going to have to wait and find out....hopefully it will be things to help survive the climate wars...," another person said.

Before it was a Loblaws, some remember the building was a Zellers, but before that, it was a Towers — a kind of Walmart that existed in Canada from the 1960s through to the 1980s.

Towers department stores came from the U.S. to Canada in the 1960s, and after the company was purchased by Hudson's Bay Company, many became Zellers.

When the Towers opened at Dundas and Bloor in June 1962, it made the newspaper.

It was the third Towers for the GTA — the first one opened in Scarborough in 1960 — but the grand opening was an event.

The first 1,000 customers could buy a silver dollar for 80 cents to "symbolize its discount policies," according to a news story at the time.

The store hired seven sets of triplets, ranging in age from three to 34, to be at the opening and model for a fashion show. 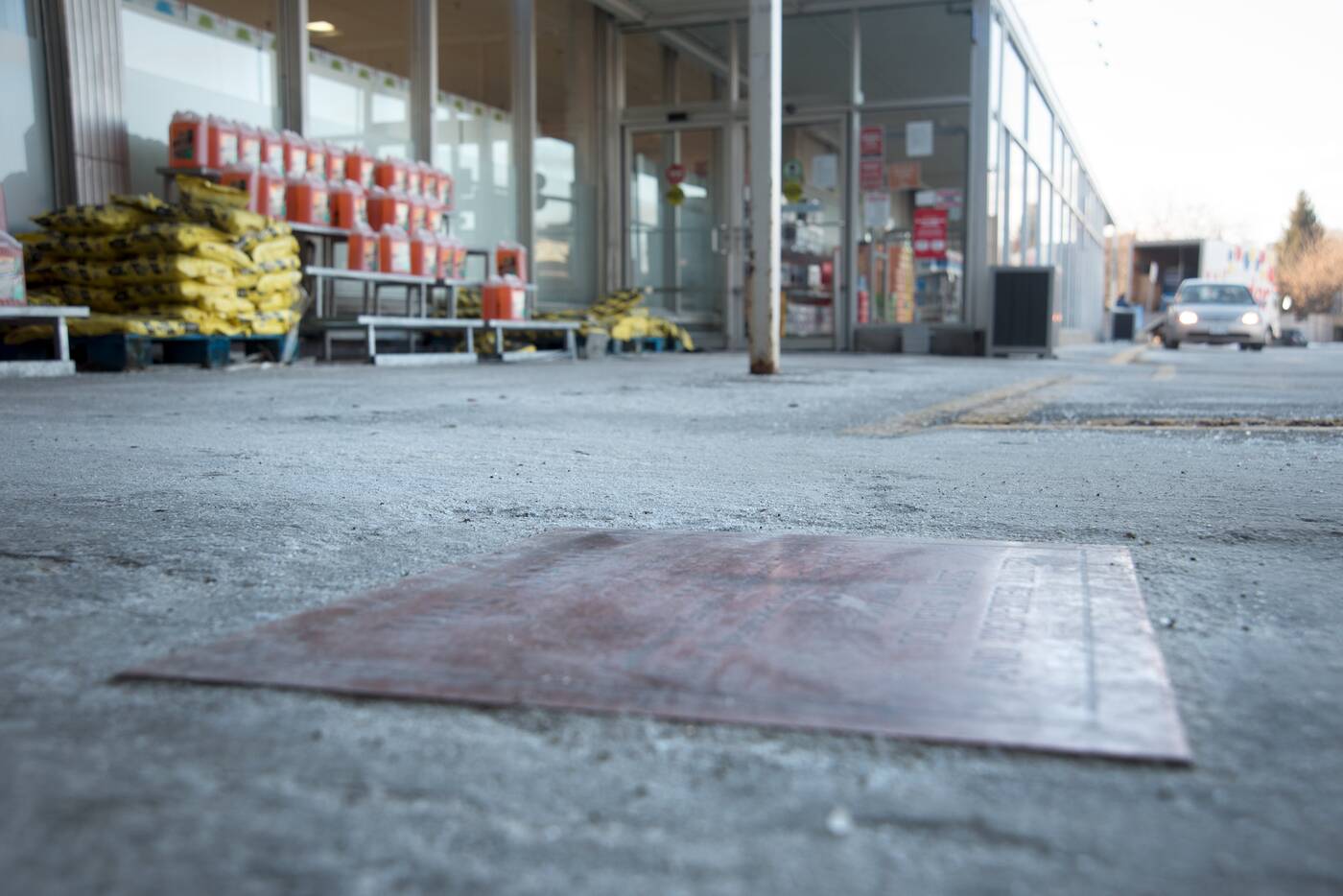 The time capsule is located under the side walk beside the Loblaws at Bloor and Dundas.  Karen Longwell photo

The time capsule was intended to be left untouched until 2062.

But what those folks in 1962 could not have anticipated was the store's slow demise and eventual closure. 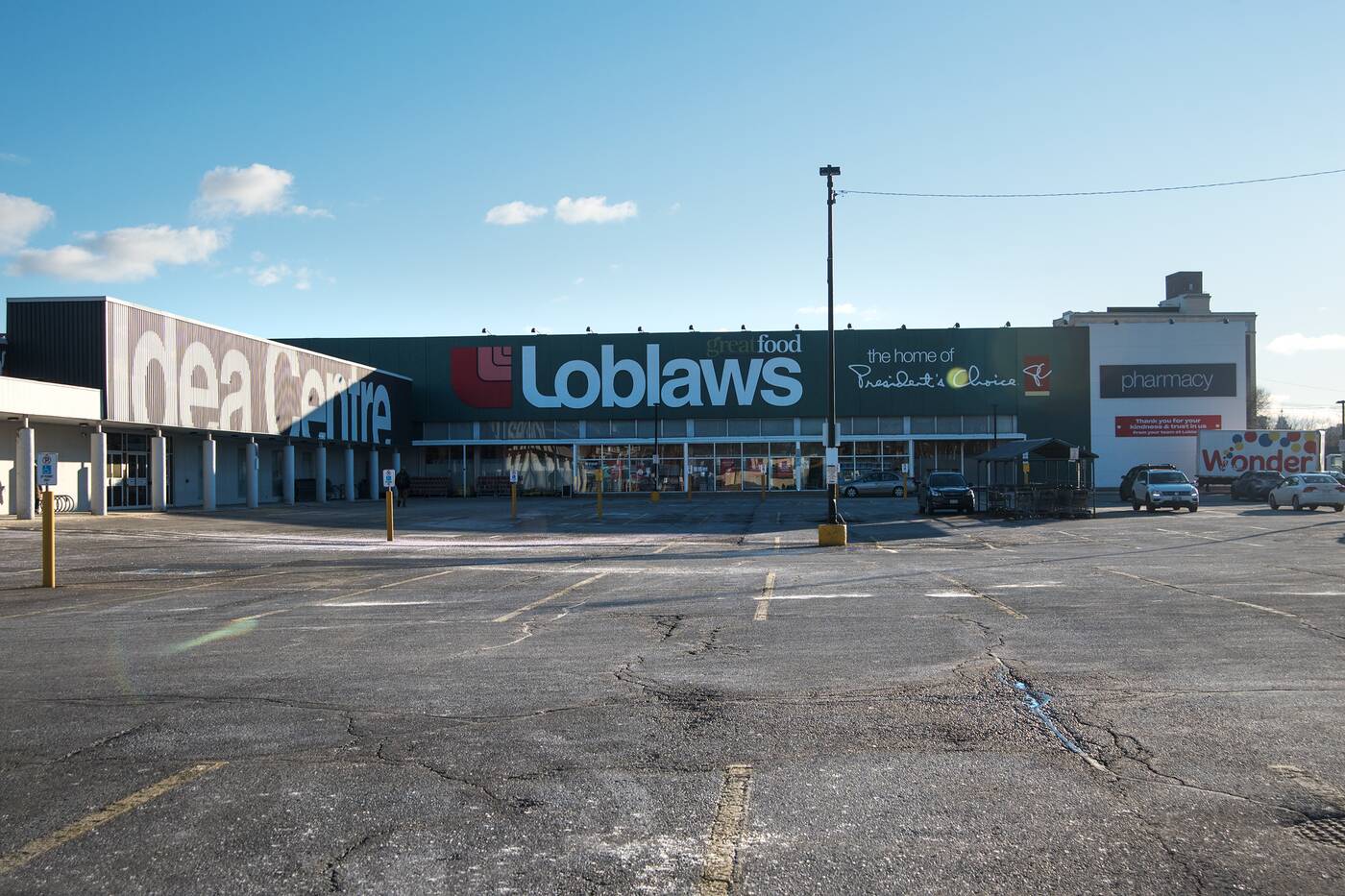 The property at 2280 Dundas St. W. was slated for re-development. Karen Longwell photo

While the time capsule remains in place, the future of the plaza is not exactly certain. Back in 2018, plans were set in motion for the eventual re-development of the property into residential and commercial space. However, the Loblaws was included in the retail space plans for the development.

So, hopefully, the time capsule will remain untouched and, as the optimistic owners of Towers planned, will be opened in 2062.