During Toronto's fragile winters, the thin film of snow in a certain park melts in a distinctive way that reveals what's going on underground.

Garrison Creek used to run through what's now the western area of the city, and in Christie Pits, it has been buried underground as the Garrison Creek Sewer.

The sewer is so close to the ground that when the right combination of weather conditions occurs, the snow on the ground above it actually melts and reveals its normally hidden location under a baseball diamond. A similar thing happens where the subway runs underneath the park as well. 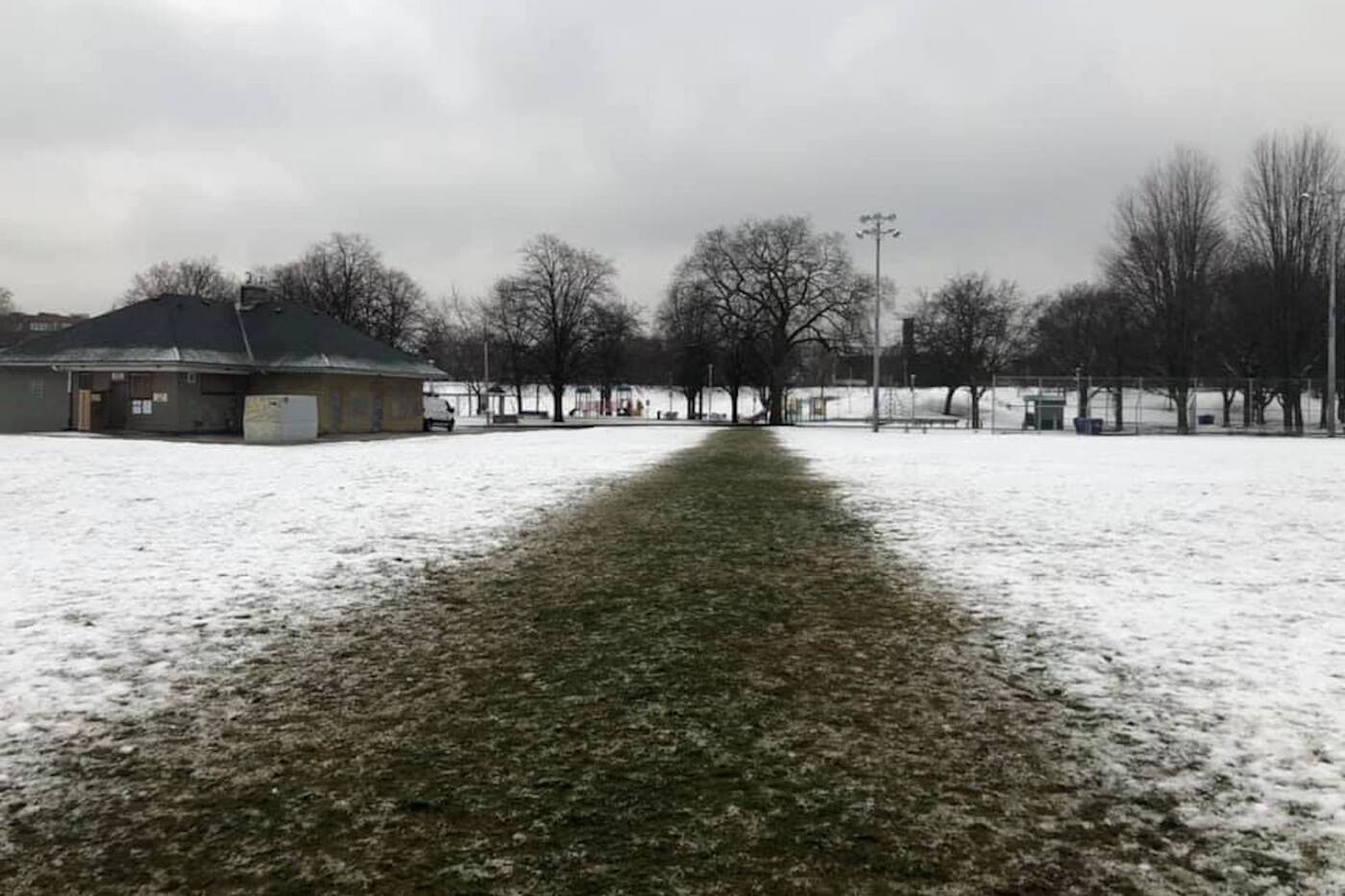 A path of melted snow above a sewer creates a distinct line in the park. Photo by Monica Gupta.

The section of the creek under Christie Pits was one of the last to be buried in the early 1900s. It's a small arched concrete conduit, part of which was last modified in the 1960s.

As the park is usually more frequently visited by people in warmer weather, many are still only just now finding out about the phenomenon.

"Was just wondering what this was yesterday!" wrote one commenter in an online discussion about the melted snow. "I was wondering why this patch didn't keep snow on it. Neat!" wrote another.

Though lots of wonderful local spots may be closed right now, there's still plenty to discover in Toronto if you venture out safely and know where to look.