The rescue of a swan in Lake Ontario highlights the plight of many birds killed or injured by garbage carelessly discarded in parks and lakes.

Toronto Wildlife Centre rescuers went out in two kayaks, dressed in cold weather gear, at Humber Bay Park East after someone saw a pair of swans tied to each other on Jan. 7. Unfortunately, only one was still alive. 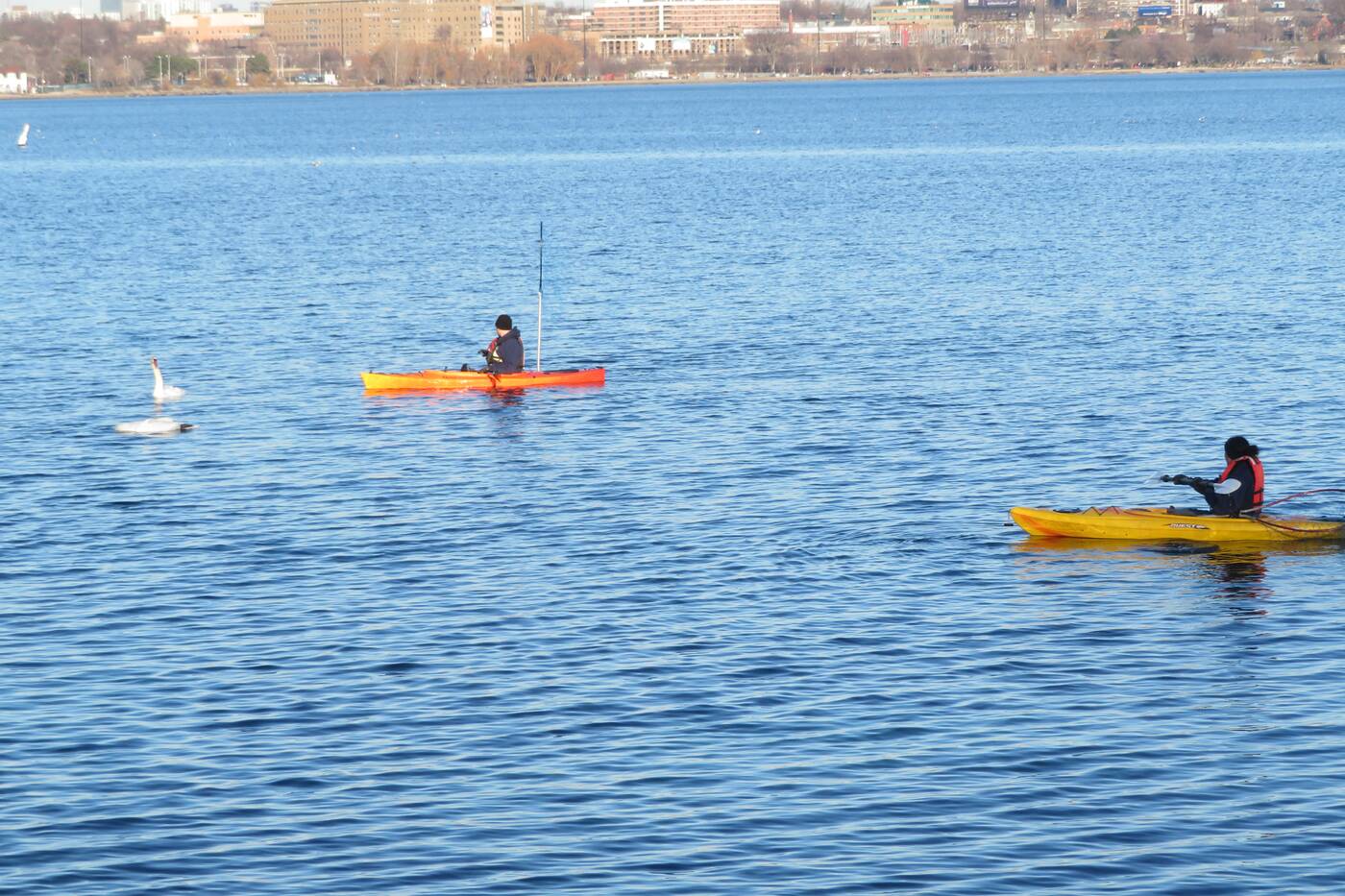 They brought both swans to the shore.

Irene Jardine captured the rescue on video. Jardine told blogTO she had watched the swans this year and even named them mama and papa. She believes it was papa who didn't make it.

Toronto Wildlife Centre rescued a swan from Lake Ontario at Humber Bay Park East on January 7th. Apparently someone had reported a pair of swans in the lake tied to each other - 📹 Irene Jardine https://t.co/nsucoHgOR0 #Toronto #Swan #LakeOntario pic.twitter.com/D1SKltEfrk

The other swan is in the care of the Toronto Wildlife Centre, Nathalie Karvonen, executive director of the centre told blogTO.

Karvonen said the swans were tangled in a homemade kite with almost a kilometre of string. The string was attached to the shore and the swans.

"In addition, fishing lines had gotten wrapped around the kite string so it was just a big, awful mess," said Karvonen. 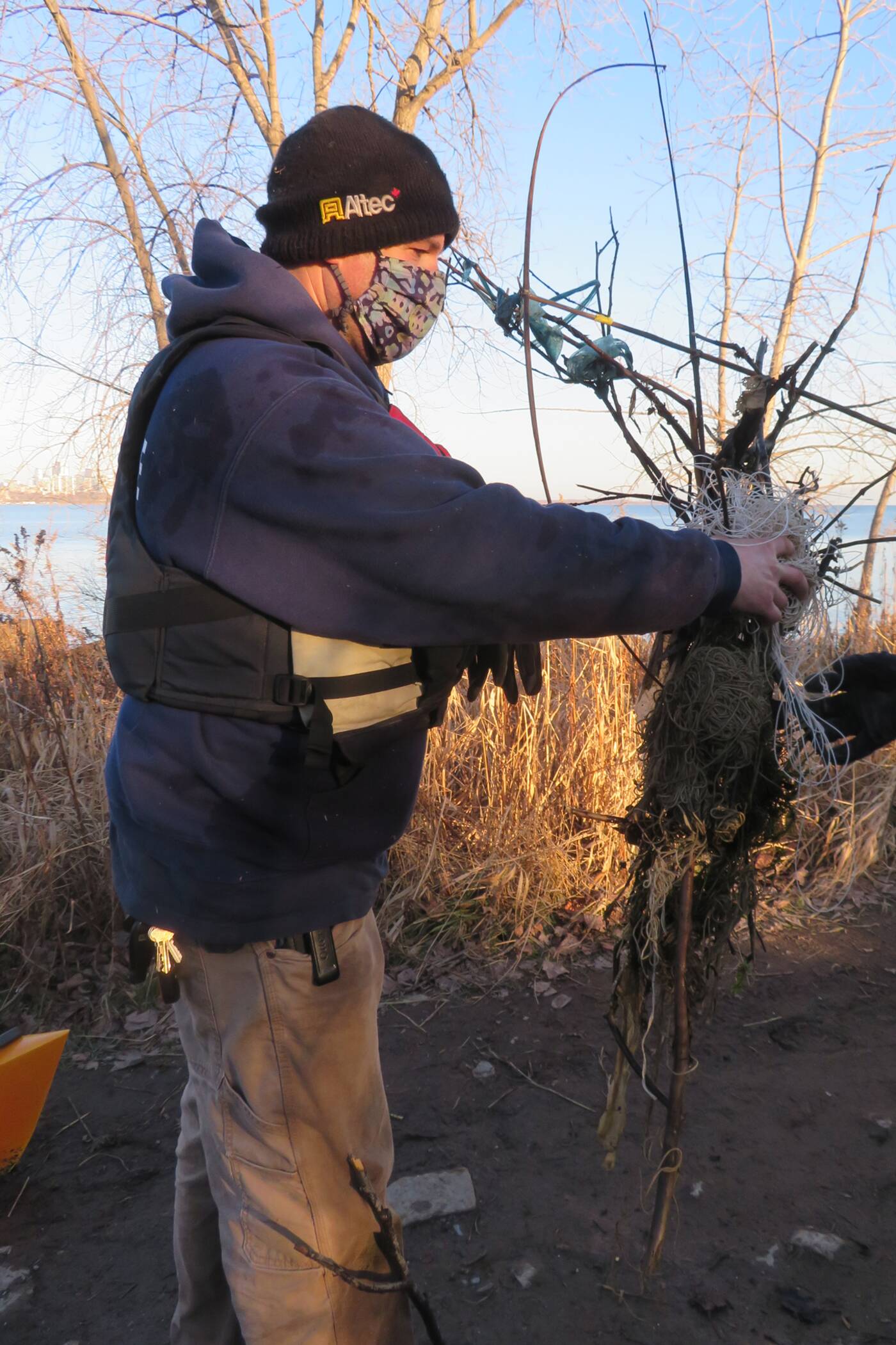 It is not the first time swans have gotten hurt from string or fishing lines.

"This is an ongoing problem," she said. "We got a swan a couple of days after that with three fishing hooks in it and fishing line wrapped around it."

The garbage can seriously injure wildlife.

"I always think it is quite shocking that someone can just get their kite or fishing line caught on something and then just go home, walk away and forget about it."

She said they have seen this problem many times over the years.

Right now they have about six swans at the centre — one has lead poisoning, perhaps from ingesting a lead fishing weight or buckshot. 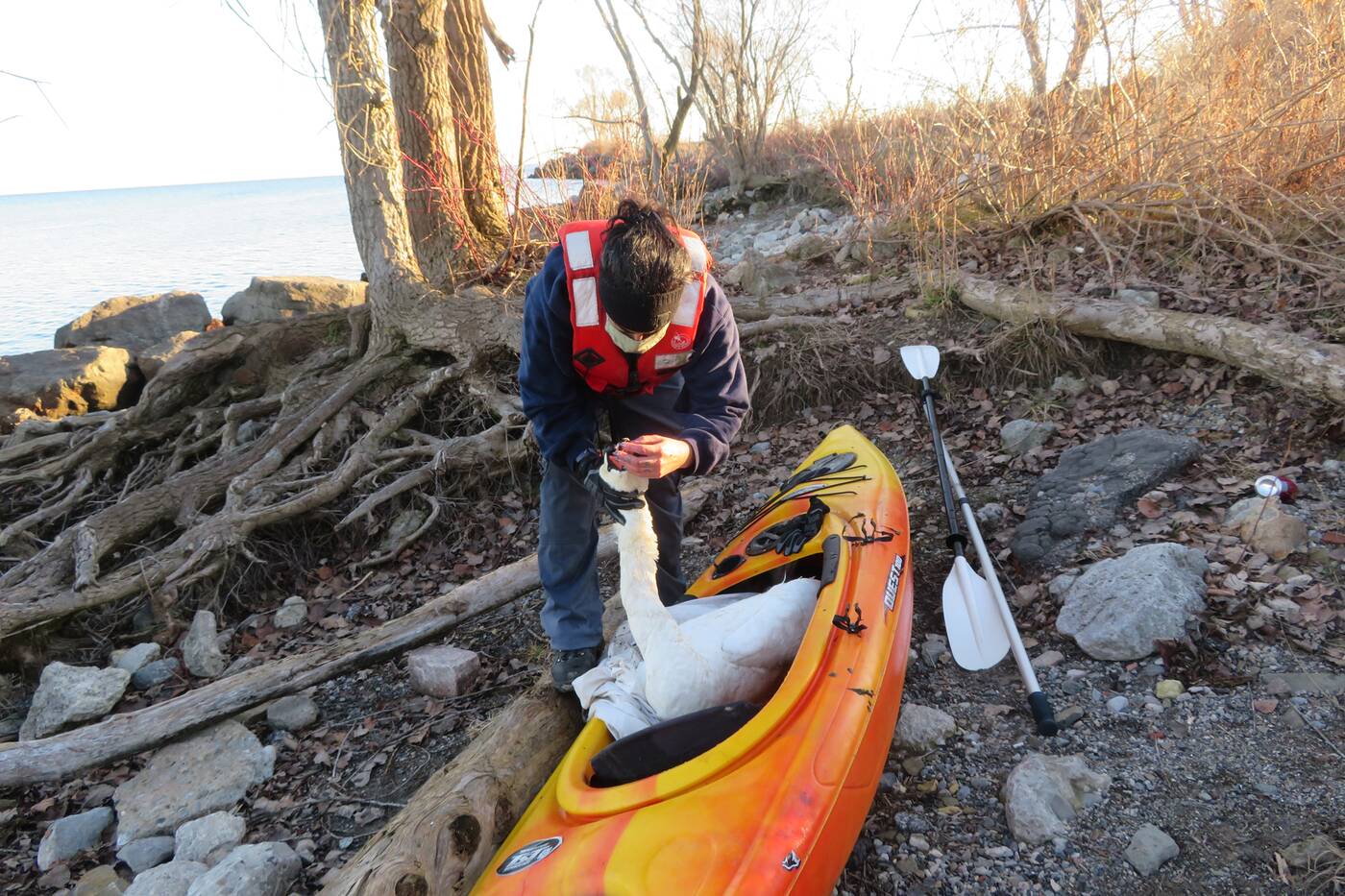 A rescuer looks at the dead swan after it was pulled from the water.  Irene Jardine photo

The swan rescued in Humber Bay is in bad shape. It is eating and drinking well but hasn’t stood up or walked yet. There was a lot of bruising and swelling on the legs, Karvonen said. It is difficult to tell why the swan is not walking yet. They are taking the swan to the pool for therapy. 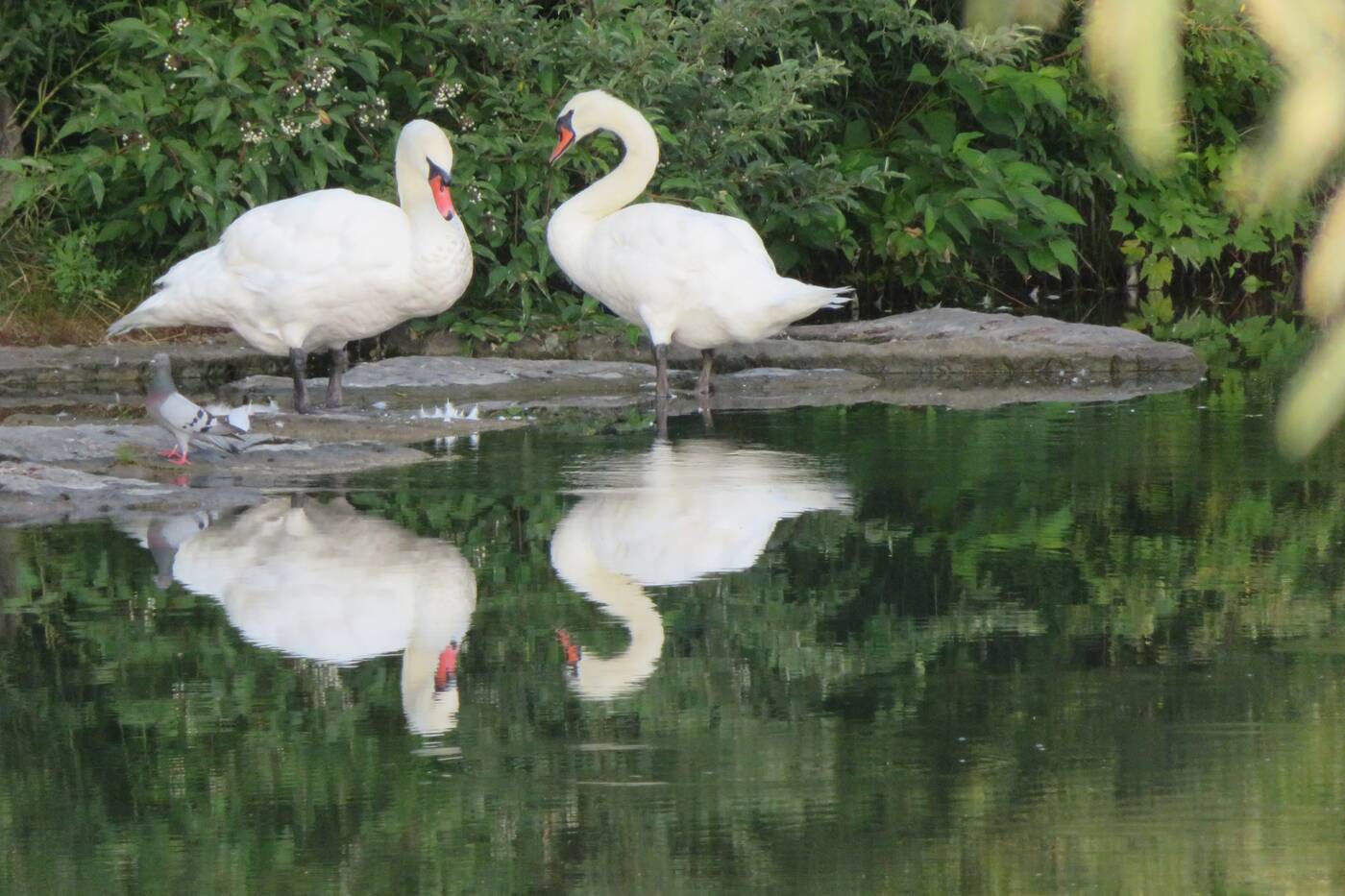 The two swans are seen in the summer. Irene Jardine photo

"I would say the diagnosis is guarded at this point," she said, later adding: "We are optimistic and we will try our absolute best to help the swan."

The swan is a reminder of what people can do to help wildlife.

The more people can do to pick up garage, even if you weren't the one who left it, the better.

"You could actually be saving an animal's life, just by picking up some garbage and shoving it in your pocket."