A new cannabis store decked out with a collage of famous Toronto buildings has just popped up on a prominent corner of Kensington Market.

In the last few days, the former home of the longtime grocery store Castle Fruit has undergone a total overhaul.

The windows of the property at 80 Kensington Ave. are now covered in a new illustrated collage of Toronto landmarks, including the Sam The Record Man turntables, The Ex, Maple Leaf Gardens, The Silver Dollar, and Casa Loma.

While there's no store name signage yet, 80 Kensington has long been identified as the potential new home for The Kensary. 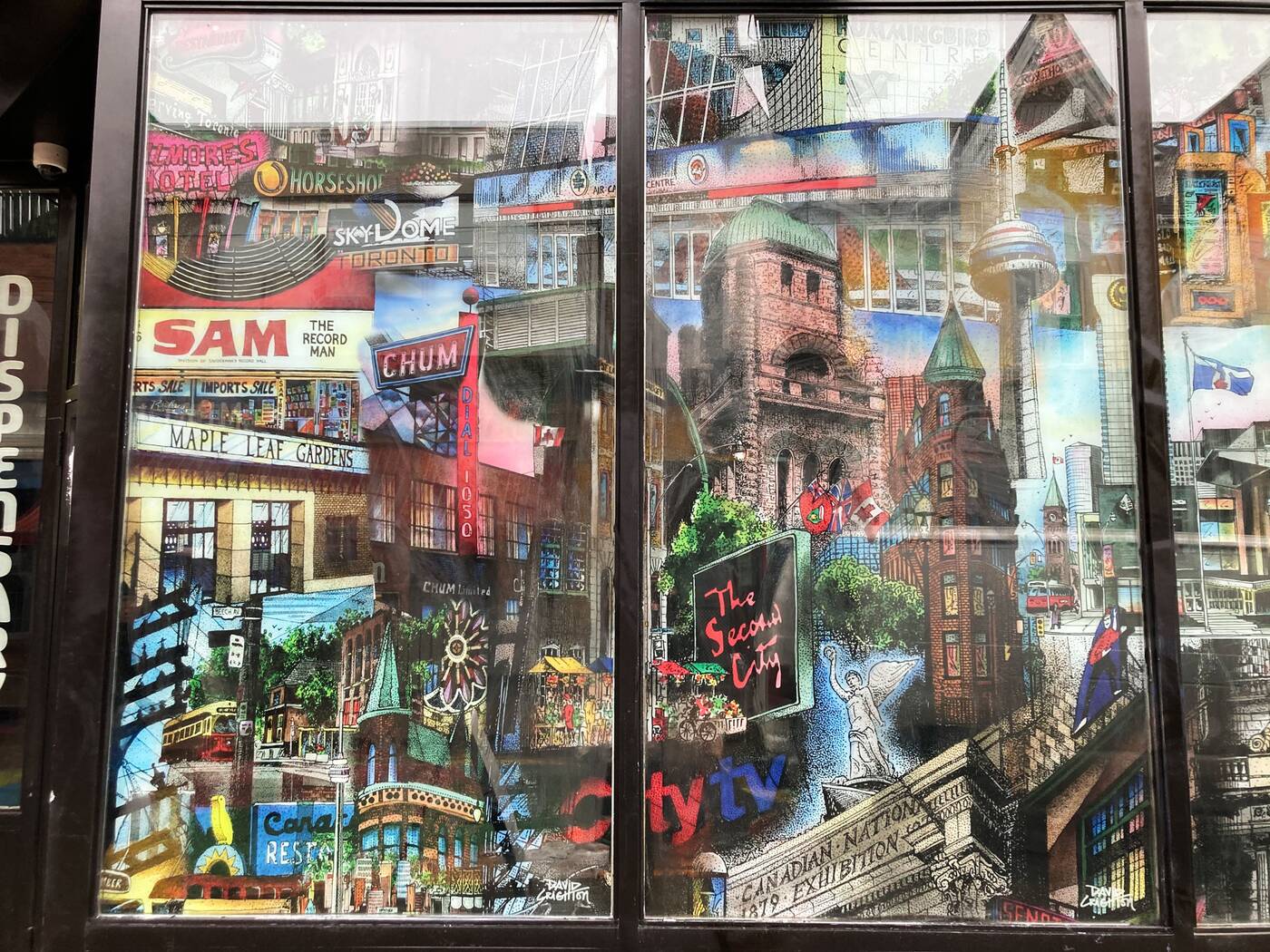 The Kensary is the newest cannabis store to open in Toronto's Kensington Market. Photo by Tanya Mok.

The company, which is opening a second location in Toronto's Little Manila neighbourhood in March, has been given the go-ahead from the AGCO with a retailer license.

The store at 380 Wilson Ave. has a near identical exterior, complete with the Horseshoe Tavern sign and a reference to the Sky Dome.

According to The Kensary, the company is owned by the same family who ran Castle Fruit.

"The Kensary has had roots in the Kensington Market & Little [Manila] neighbourhoods for over forty year[s]," says the brand.

"What began as a family-owned grocery store in the heart of the market during the 1980s has now been transformed into a brand-new Toronto dispensary. Our products may have changed but our honest & friendly approach to serving the neighbourhood is exactly the same."

Despite a resident-led petition in the summer to ban the opening of another weed store in the Kensington Market neighbourhood, (which has seen three new stores open in the last year and at least another two on the way) The Kensary is slated to launch soon.