Two people jumped into frigid cold waters to save a dog who had become stranded in an icy pond this week.

Katrina Herrndorf regularly walks her Bernese Mountain dog, Jack, in High Park, and around 10 a.m. on Tuesday, just as the snow started blowing, she spotted two dogs who had run out onto the ice on a pond in the north end of the park, near Parkside Drive.

"I have never witnessed anything like it in all my times in High Park," Herrndorf told blogTO. "It was quite traumatic and emotional but happy in the end, luckily."

Herrndorf was walking along Spring Road, an off-leash area of the park, when she saw two dogs run out on the ice. She was immediately concerned.

"I could see it wasn't all frozen and what was frozen was super thin," she said. 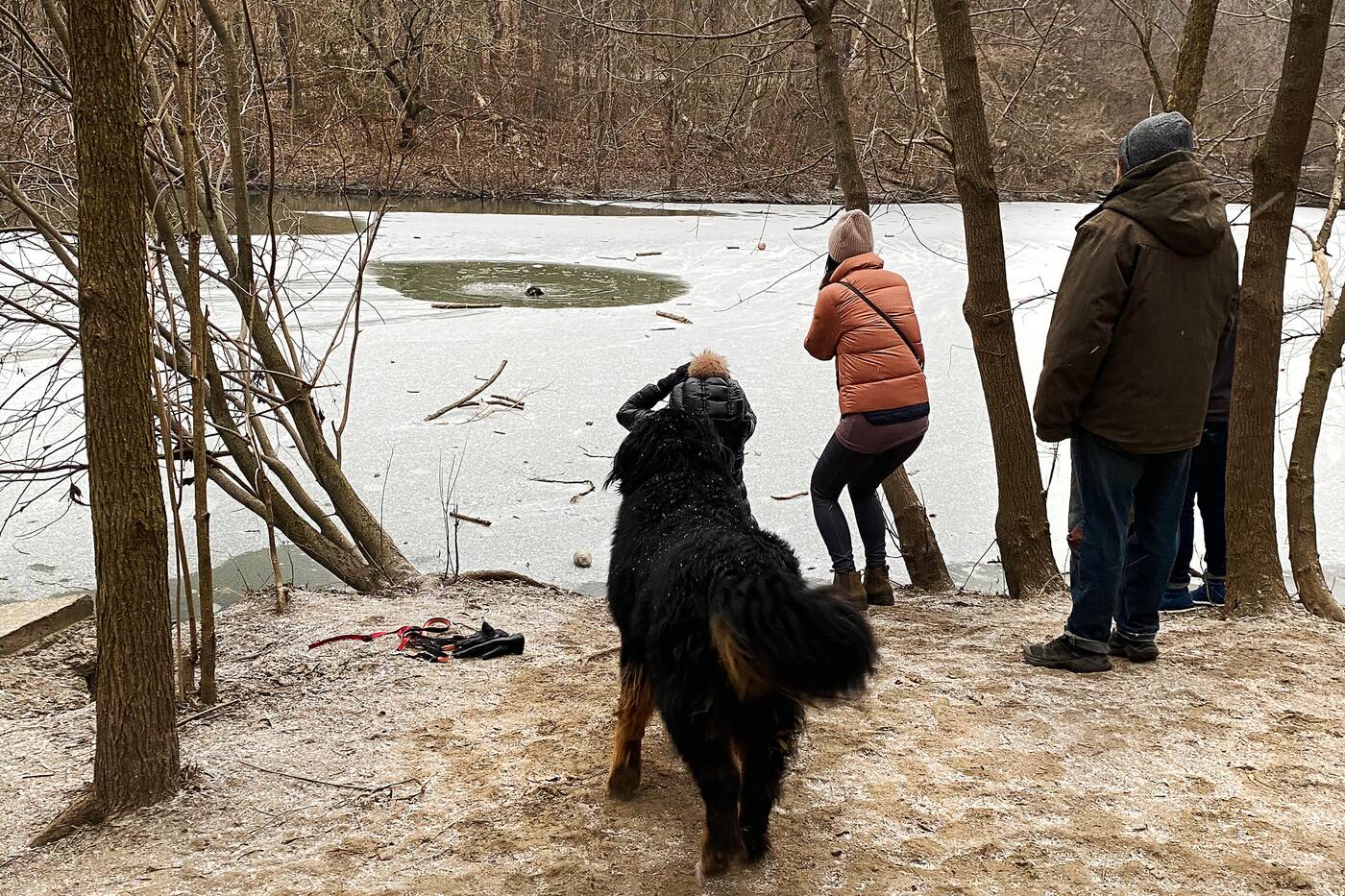 The dog was stuck on a small piece of ice in the middle of the pond.

She walked quickly to an area and the owners were calling their dogs. One dog made it safely to the shore but the other, Coco, got stuck on a small piece of ice surrounded by a ring of water in the middle of the half-frozen pond.

"She couldn't really scramble off," she said.

"One guy took the life-ring, attached to a rope and was flinging it out," she said. "But she couldn't get to it."

Another person tried a long stick on a rope but it didn't work.

Then another person came up with the idea to grab a large tree log to break the ice. Herrndorf and other people dragged the log and threw it in.

"It totally did the trick, it smashed through the ice."

This created a path in the water so the dog could swim to shore but two dog owners, one that Herrndorf knows is named Patrick, decided to jump in and help the dog.

They grabbed Coco, who was swimming but had been on the ice for several minutes, and was likely pretty cold by that time.

Someone had called 911 and the fire trucks arrived quickly, but everyone was out of the water by then. The dog and two rescuers seemed to be okay but cold, said Herrndorf.

Herrndorf said a dog she had before Jack jumped into the same pond, but it was summer.

"That was the first one I have ever seen through ice," she said.