Toronto's High Park is somewhat analogous to New York City's Central Park, but built to scale. The celebrated 136-year-old greenspace is one of Toronto's largest and oldest parks, occupying 400 acres that include extensive hiking trails, a museum, a zoo and one of the city's most beloved playgrounds. It's easy to feel like you might be lost in High Park, a welcome experience when you're otherwise surrounded by concrete and following a grid.

The park was named by John Howard, who purchased the plot of land for a thousand dollars back in 1836. Howard farmed sheep on the area until he handed the land over to the City of Toronto. When the deal was made, Howard stipulated that the space would always be used as a park and that it would forever be known as "High Park." Unfortunately, depending on your perspective, that wasn't Howard's last condition: he also banned alcohol from ever being served in the park.

It can be presumed that this rule has been bent often enough by surreptitious picnickers, and when the Queensway was constructed the southern portion of the park was paved over, but otherwise Howard's conditions have been honoured. In contrast to Toronto's ever-changing urban landscapes, High Park is a living tribute to the city's natural history. And boy does it draw a crowd. Pay a visit in the springtime when the Cherry Blossoms are in bloom, and you're likely to see thousands of photographers capturing the scene for posterity. 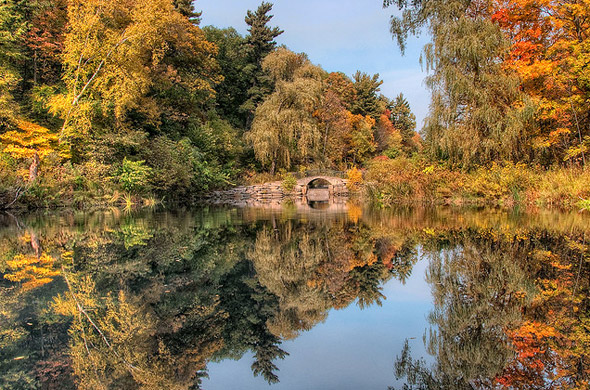 The Howard residence still sits in the park, but today serves as the Colborne Lodge Museum. The museum has held onto many of the original furnishings and artwork from the 1880s and hosts regular tours. It's also rumoured to have ghosts, and is a stop on Toronto's haunted walks.

High Park has six tennis courts, three baseball diamonds, an outdoor rink and a swimming pool. It's easy to miss these though, as it also boasts some of the longest hiking trails in the city, and some of the most challenging thanks to the park's many hills. Cyclists are permitted but expected to keep to the paved trails (you've been warned). On-leash dog walking is permitted everywhere in the park, and an off-leash area can be found near the City-owned Grenadier CafĂŠ. The Grenadier, as well as another snack bar, keeps park visitors hydrated, but as mentioned there is no alcohol served, making High Park one of the last "dry" areas of town. 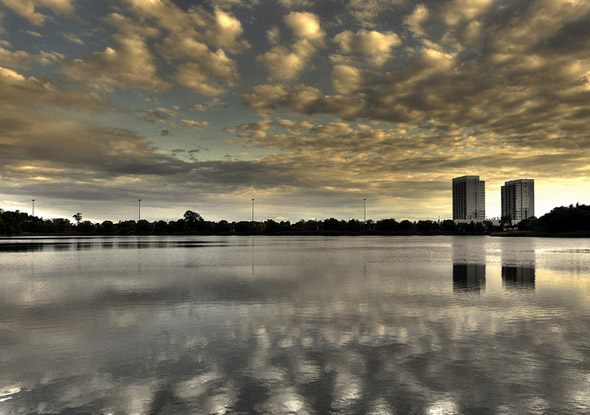 Grenadier Pond is famous city-wide for its fishing derbies. There's a little mystique to the 35 acre pond, rumoured to be 'bottomless' since its depth can't be accurately measured due to its muddy floor. That's not the only myth circulating the pond - lore has it British Grenadiers fell through its thin ice while crossing the pond to defend the city in the War of 1812. As you may have guessed the pond and cafĂŠ get their name from the military base that stood on the plot in the 1800s.

The Spring Creek and West Ravine nature trails are handy for giving you the impression you've left the city. If squirrels and birds aren't enough wildlife for you, there's a zoo onsite to get your fix, at least for now. After city council cut the zoo's funding earlier this year, the neighbourhood stepped up. The community has raised enough money to keep the zoo open for another year with costs of $225,000. The Honey Family Foundation also kicked in an additional $50,000. For now the zoo will remain open, but it's out of the city's hands. 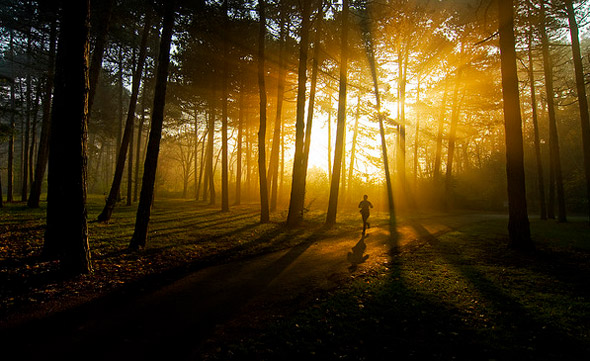 The park also has two well-loved playgrounds. In the southeast is Jamie Bell Adventure Playground, put together by volunteers in '99. As many will remember the play structure was burned to the ground earlier in the year in an act of arson. As of this month though, volunteers have rebuilt the pirate ship playground with the help celebrity renovator Mike Holmes, who lead a team in the four-day rebuild.

The crowning jewel in Toronto, "city of parks," High Park has plenty to offer everyone. Clearly this just scratches the surface of what you can make of a day at High Park.