The history of the Humber Heights-Westmount neighbourhood in Toronto

Its boundaries are the Humber River, Royal York Road, St. Philips Road and Eglinton Avenue. Humber Heights refers to the north part of the neighbourhood, while south of the Humber Creek is usually called Westmount.

Similar to many of Toronto's neighbourhoods, the development of this one began thanks to the Humber River.

It began with a sawmill

According to the Etobicoke Historical Society, a man by the name of John Countryman built a sawmill on the west bank of the Humber River in 1792. 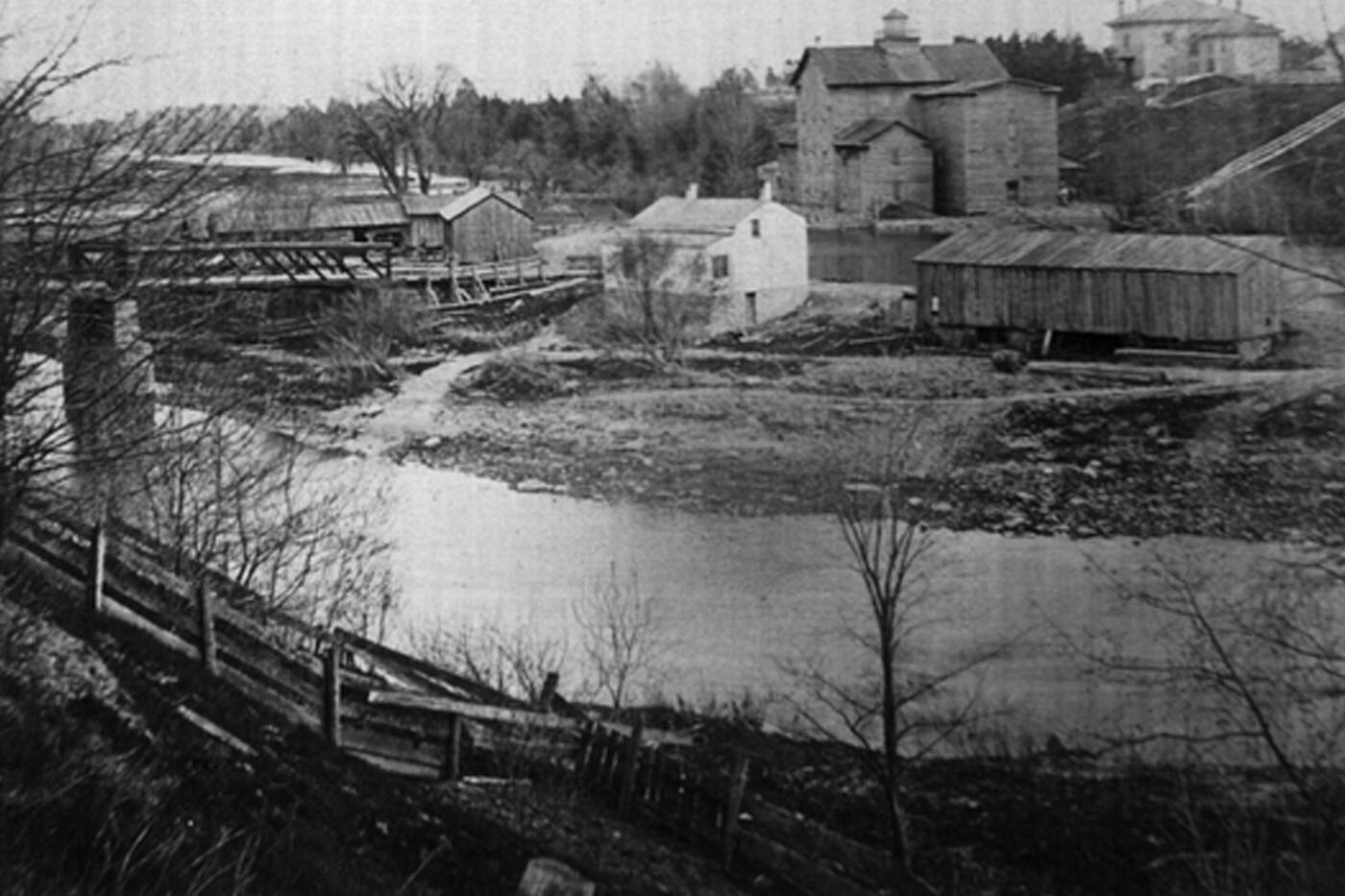 One of the Wadsworth's mills in Westmount in 1870.

In the following decades, the mills in the area were bought and sold multiple times. Eventually, brothers Charles and William Wadsworth purchased them in 1828.

The Wadsworth milling empire would continue to grow for over 80 years. The popularity of these mills turned the area into Upper Canada's major milling centre.

In the early 1800s, John Scarlett and his family were also purchasing timber land along the Humber River. John's three sons eventually lived by the river near Eglinton Avenue West. The private road which connected all of their properties is now named Scarlett Road to pay tribute to the family.

One of the first church congregations

It was around this same time that St. Philip's Anglican Church was built on present-day St. Philips Road. It was only the second church congregation in Etobicoke. Located in the Humber Heights area, the first service was attended by 16 families in 1824. 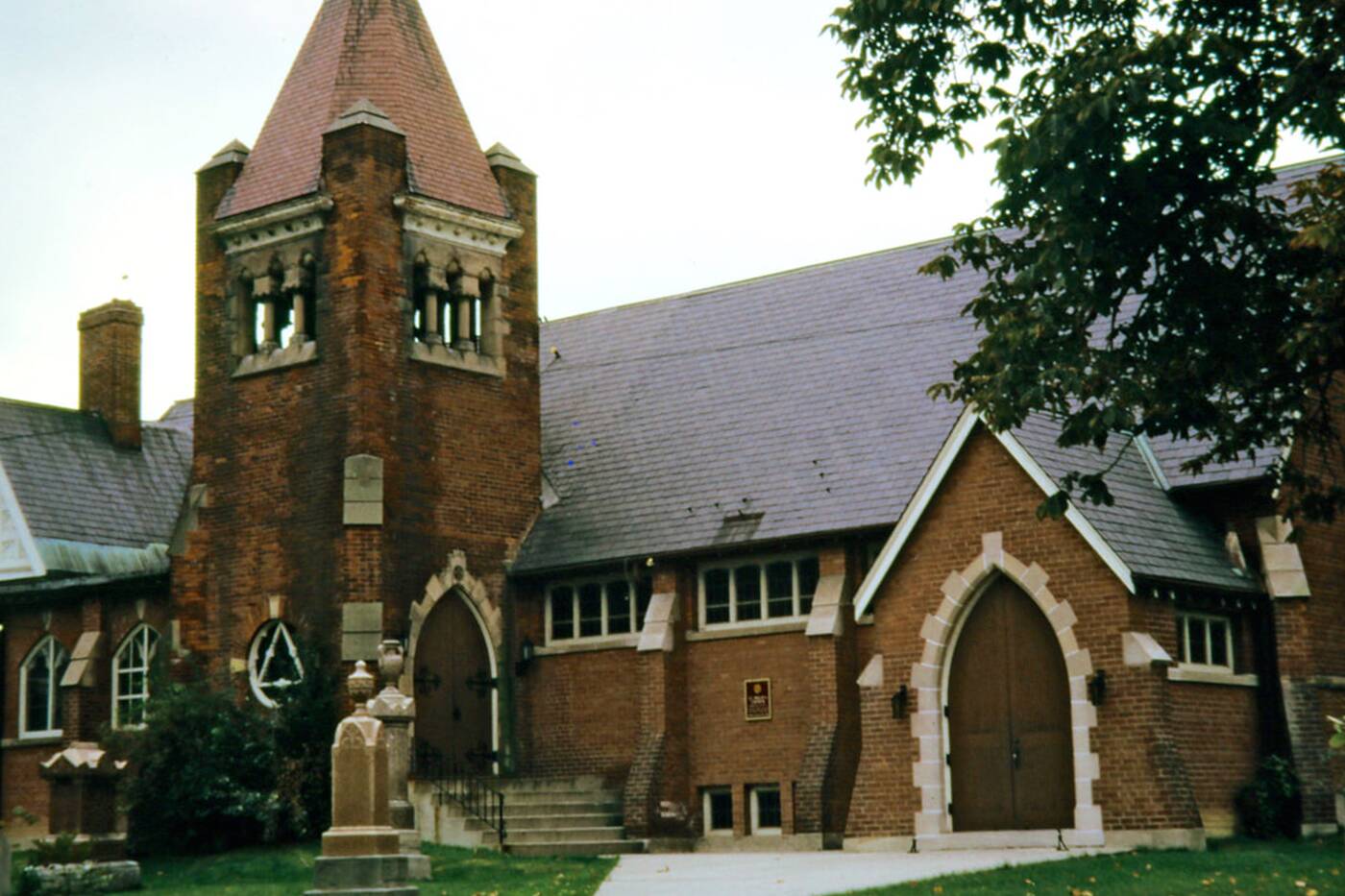 St. Philip's Anglican Church has served the neighbourhood for centuries.

According to the Church's history, the building burned down after a neighbouring house caught fire in 1888. It was rebuilt and opened in 1894 thanks to the help of locals. 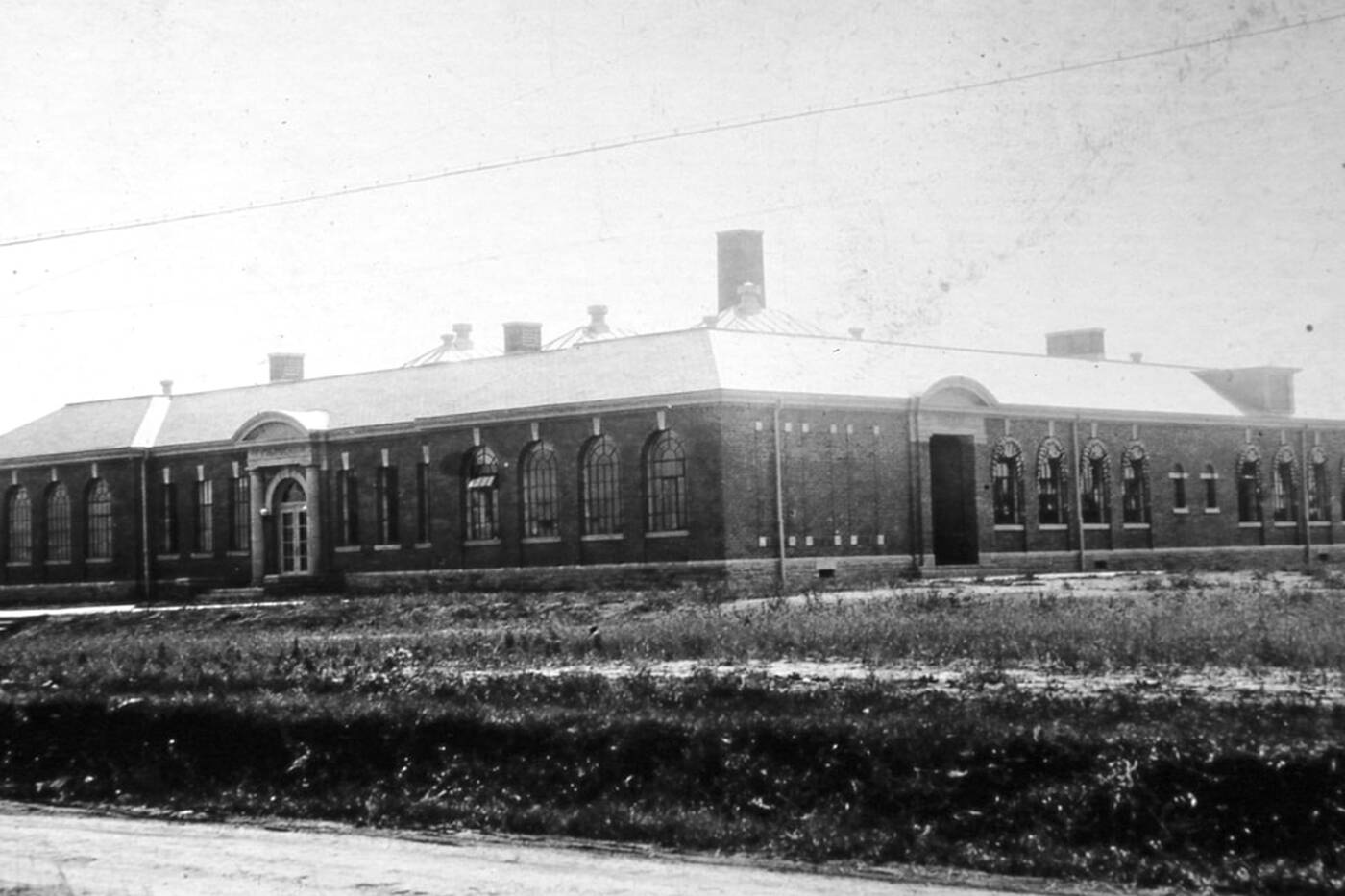 In 1922, Humber Heights Consolidated School opened on Lawrence Avenue between Scarlett and Royal York roads. Despite the school being shut down in 1982, some of the original architecture still stands. Today, the location is used as a retirement home for seniors. 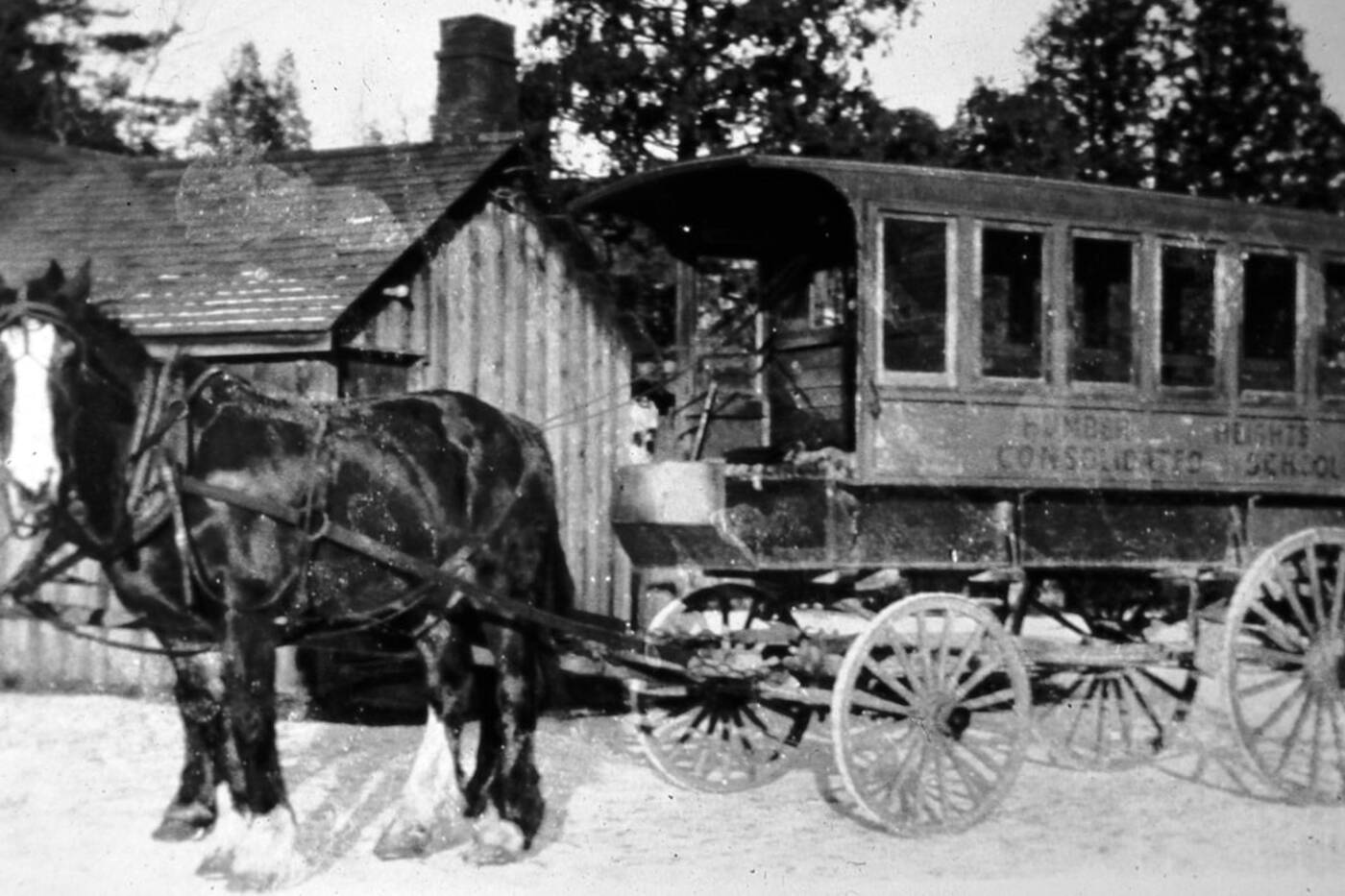 It's home to a Ukrainian community

Today, there are multiple schools in the area, in both the Public and Catholic districts. Founded in 1975, St. Demetrius Catholic Elementry School on La Rose Avenue is one of only three Ukrainian Catholic Schools within the TCDSB.

Notably, Humber Heights-Westmount has a large Ukrainian community. According to the City of Toronto's 2016 Neighbourhood Profile, Ukrainian was the top non-English language spoken at home.

Along with the school, the neighbourhood is home to a Ukrainian Care Centre, Byzantine Ukrainian Catholic Church and senior residence.

The neighbourhood is also home to many Italian families, with Italian beating Ukrainian for top non-English mother tongue language in the 2016 Neighbourhood Profile. 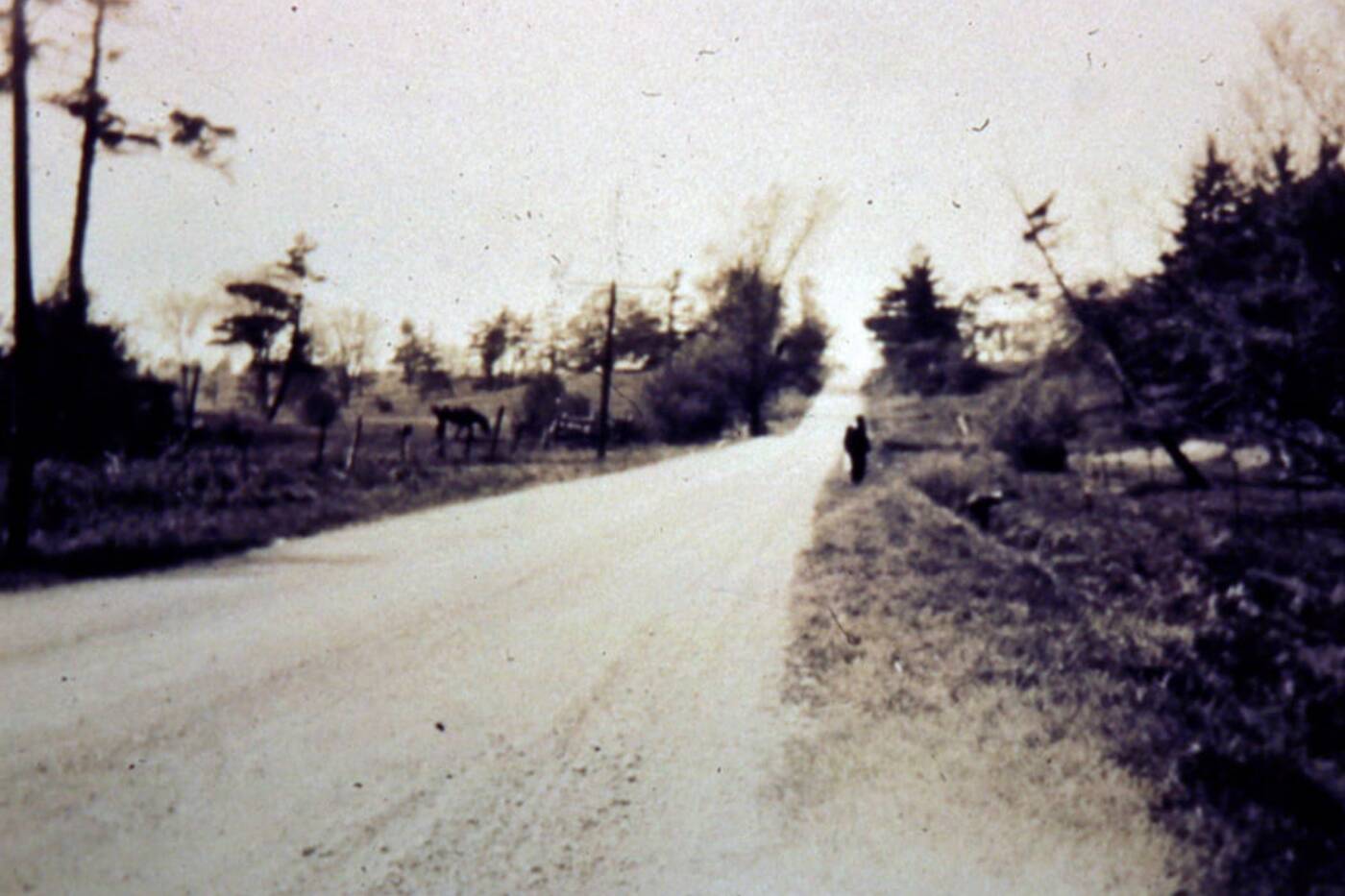 Like many Toronto neighbourhoods, the end of WWII sparked a surge in development. More people began moving into the area, especially immigrants from Italy and eastern Europe. This created demand for more homes and facilities to be built.

In the 1940s, Tudor style homes became popular, and you can still spot some of them in the neighbourhood today.

In October of 1954, Hurricane Hazel hit Toronto and had a devastating impact on the Humber Heights-Westmount neighbourhood. 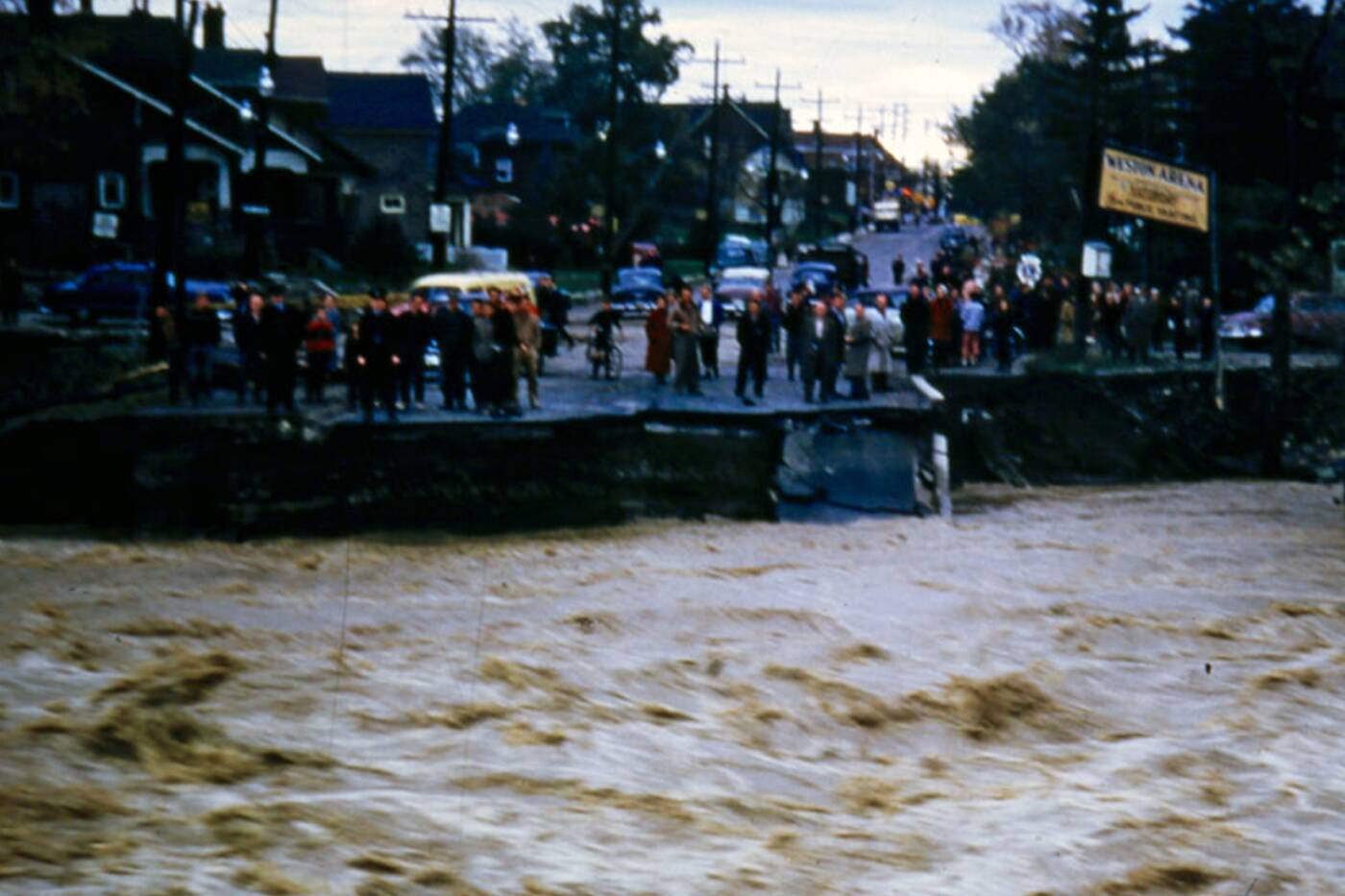 According to the Etobicoke Historical Society, "14 homes were lifted off their foundations and floated away. Thirty-two lives were lost."

One of the worst-hit places was Raymore Drive, near Lawrence Avenue West and Scarlett Road. Mainly due to its close proximity to the Humber River, the street was almost wiped out.

In total, the devastating natural disaster took the lives of 81 Canadians.

Amongst those were 40 per cent of the members of St. Matthias Church, which was built in 1922 at 691 Scarlett Road. 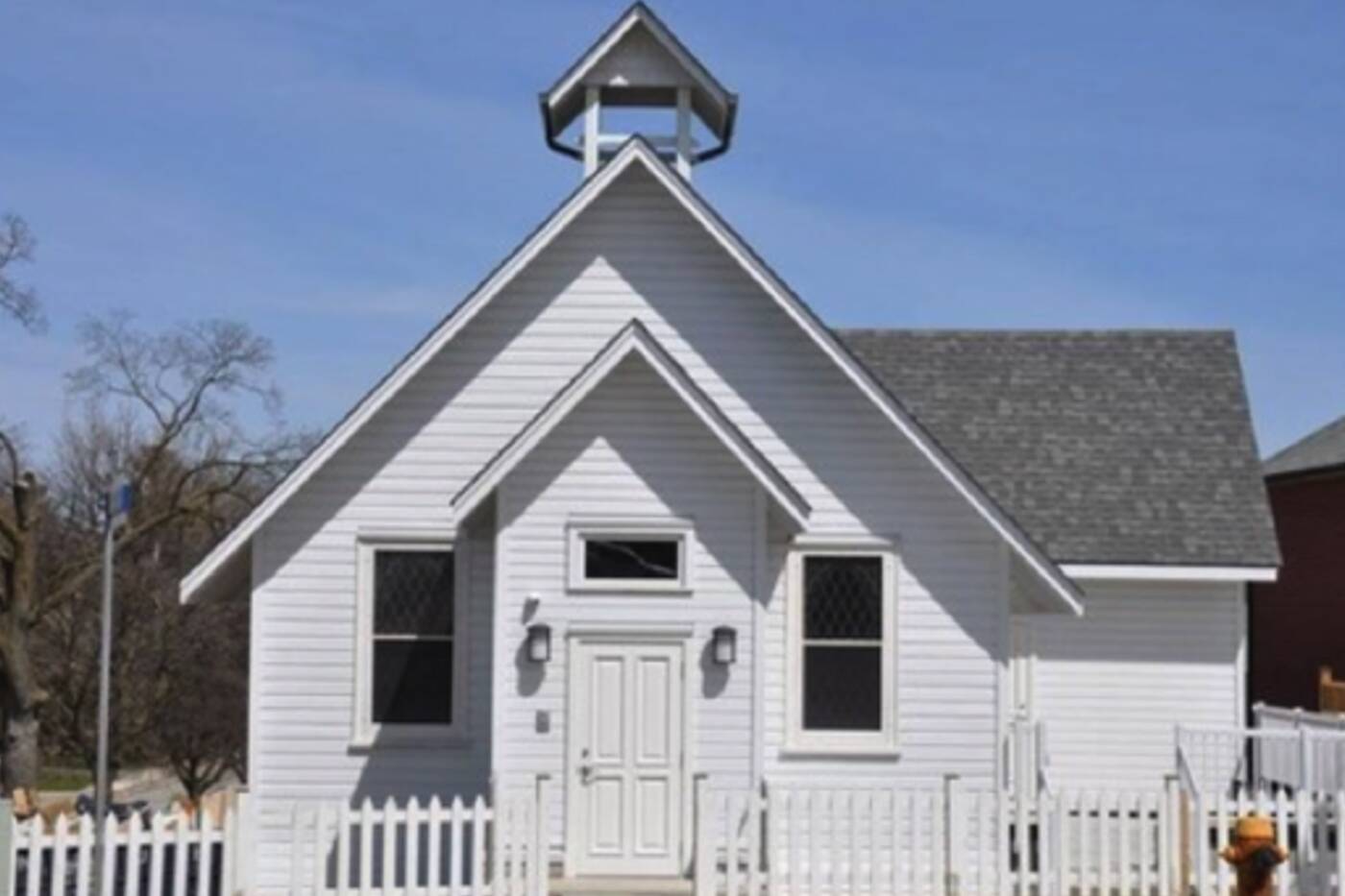 The Sukyo Mahikari Centre pictured in 2017.

Now the building is a Sukyo Mahikari Centre, and in 2003 the City of Toronto designated it as being of cultural interest or value.

Much like the former church, the Humber Heights-Westmount neighbourhood continues to grow and evolve, while paying tribute to its extensive history.