The history of Koreatown in Toronto

Koreatown is a small ethnic enclave found in Toronto's Seaton Village. Located along Bloor Street, it stretches roughly from Bathurst to Christie. It's not to be confused with the larger Koreatown North.

Like some of Toronto's other ethnic neighbourhoods, the area is filled with specialty restaurants and businesses. To understand how this stretch of Bloor became home to a large part of the city's Korean population, let's look back to the end of the 1800s. 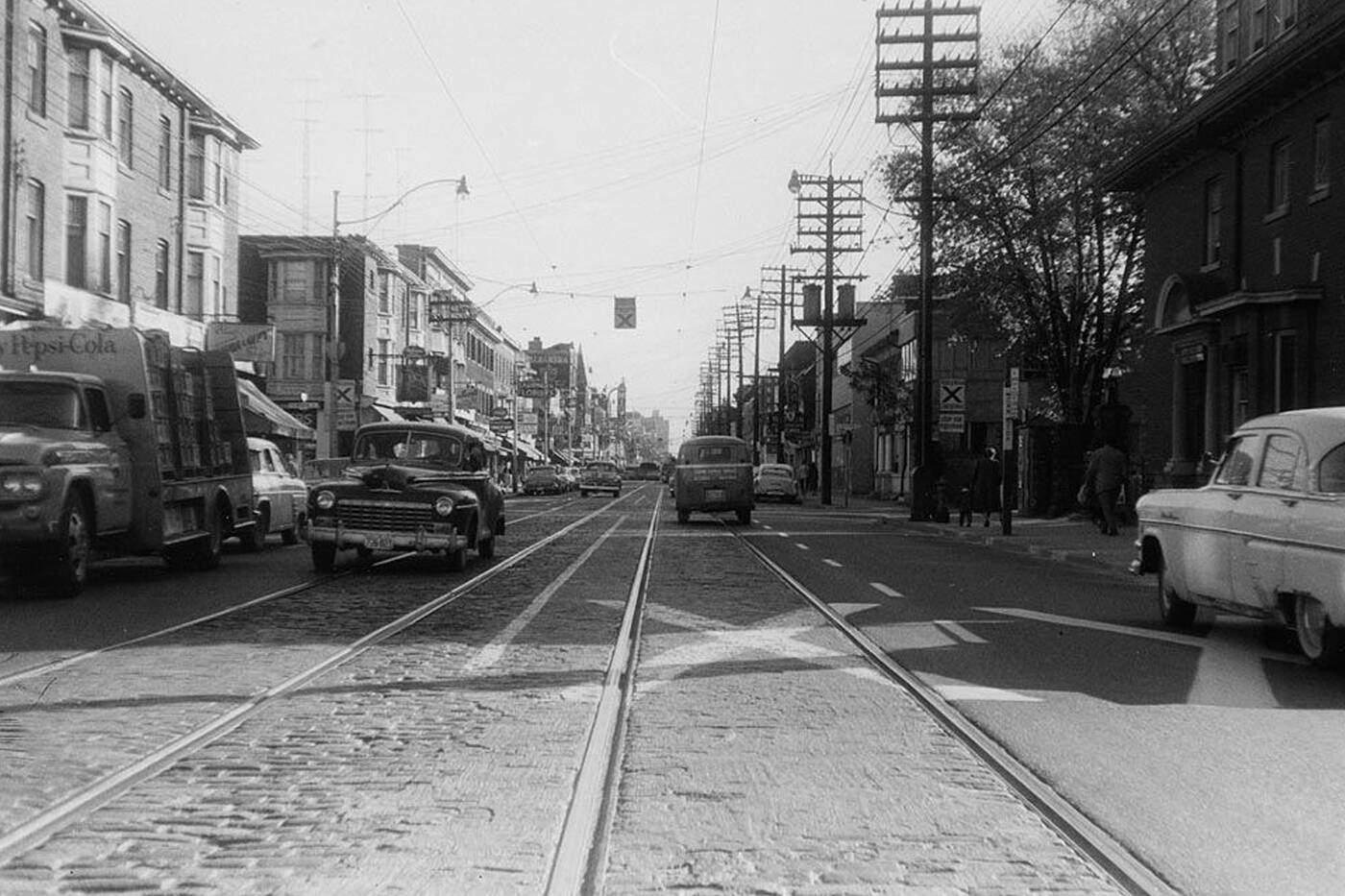 Bloor Street and Palmerston Boulevard in the 1960s.

It began with Canadian missionaries

According to David Bai's article Korean Canadians, the relationship between the countries began with Canadian missionaries working in Korea in the 1890s.

It was this connection with these church congregations that eventually led a handful of Koreans to immigrate to Canada.

Although it would be decades before Toronto's Koreatown was established, these were the people who paved the way for future immigration.

During the first half of the 20th century, the area that we know as Koreatown was actually home to a significant portion of the Central and South American communities. This would change towards the end of the century when Toronto got an influx of Korean immigrants. 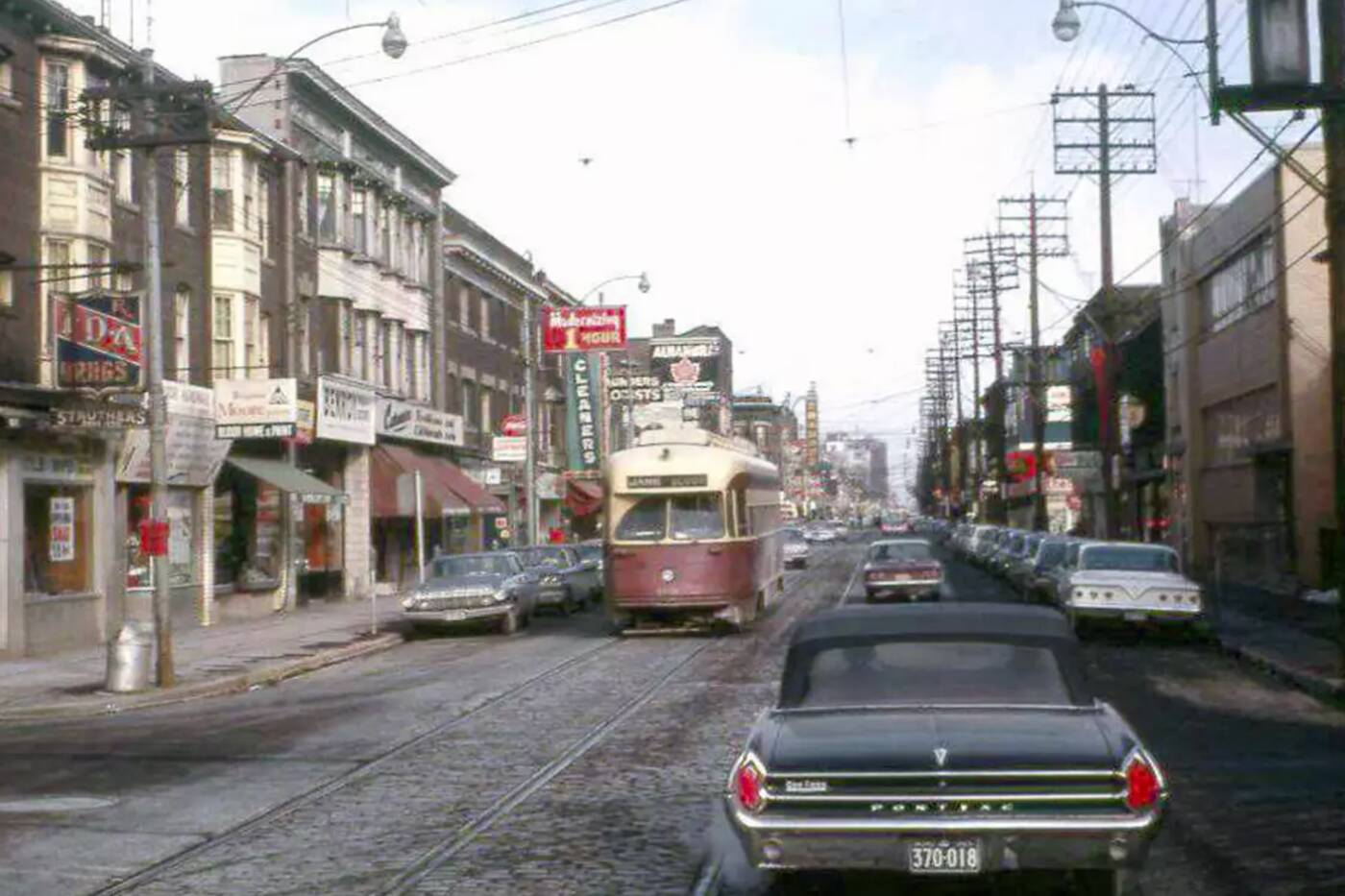 Bloor Street and Palmerston Boulevard in the late 20th century.

During WWII in the 1940s, the city began seeing more Koreans settling in. Due to the Japanese occupation of Korea, many were looking to Canada in hope of a better life.

According to a journal written by Zina Fraser, "Korean roots in the forms of both community institutions and diverse businesses were present in Koreatown when it was the main route traced by Korean immigrants through Toronto, making it a complete ethnic enclave at that time."

It was in the 1960s that Koreatown as we know it truly began to form. Thanks to changes in Canada's immigration rules in 1967, Toronto became one of the top destinations for Koreans looking to move. 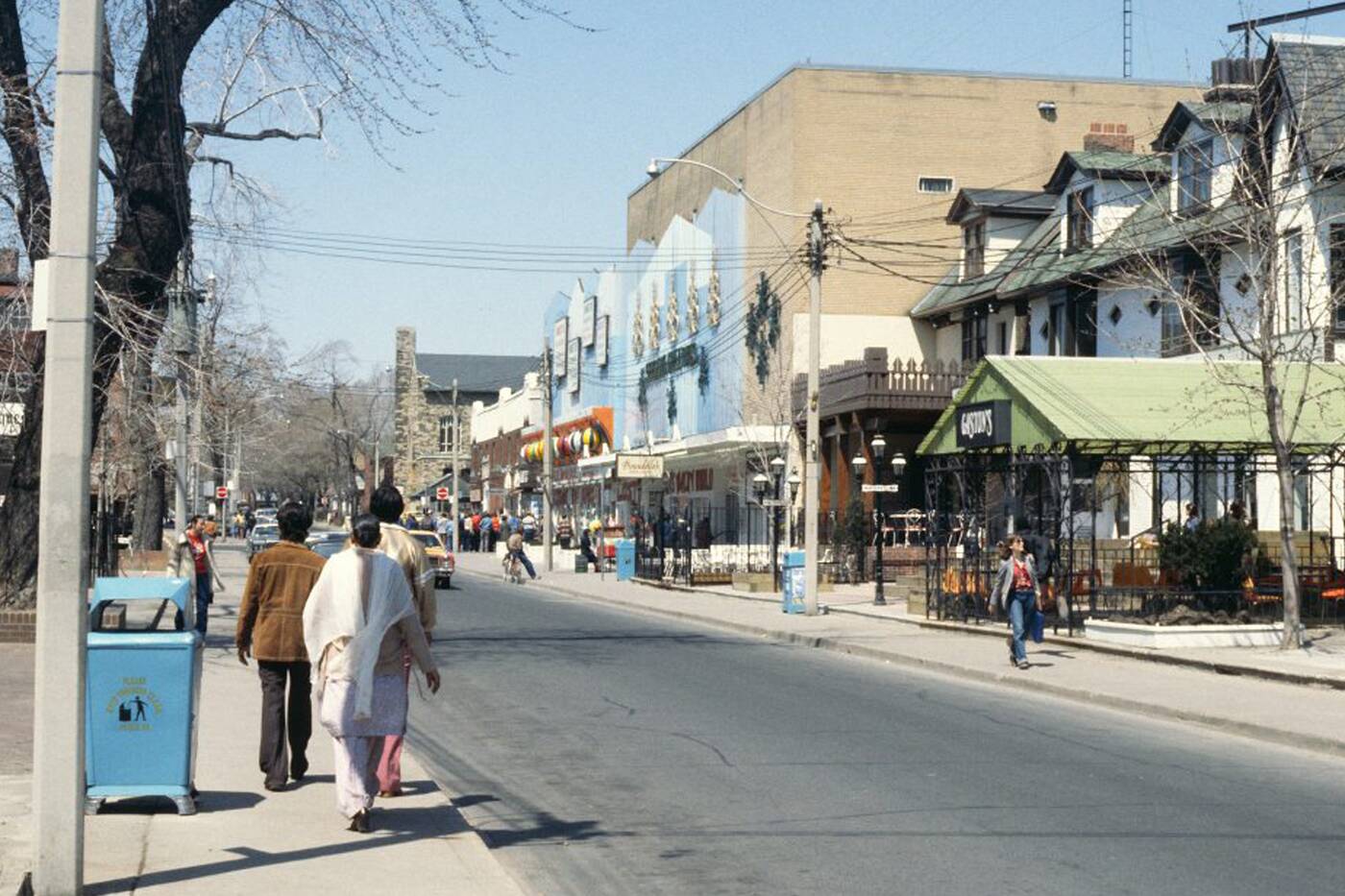 According to the Toronto Star, "by 1966, there were 100 Koreans in Toronto. By the 1970s, with a population of roughly 10,000 Koreans in the city, Koreatown had emerged near the University of Toronto, westward on Bloor St."

Many of these individuals were students attending the nearby U of T. As they settled in they began sponsoring their family members to join them in Toronto.

Founding Korean businesses and a church

More and more businesses began popping up along this stretch of Bloor Street — everything from bakeries and restaurants to Korean acupuncture clinics. 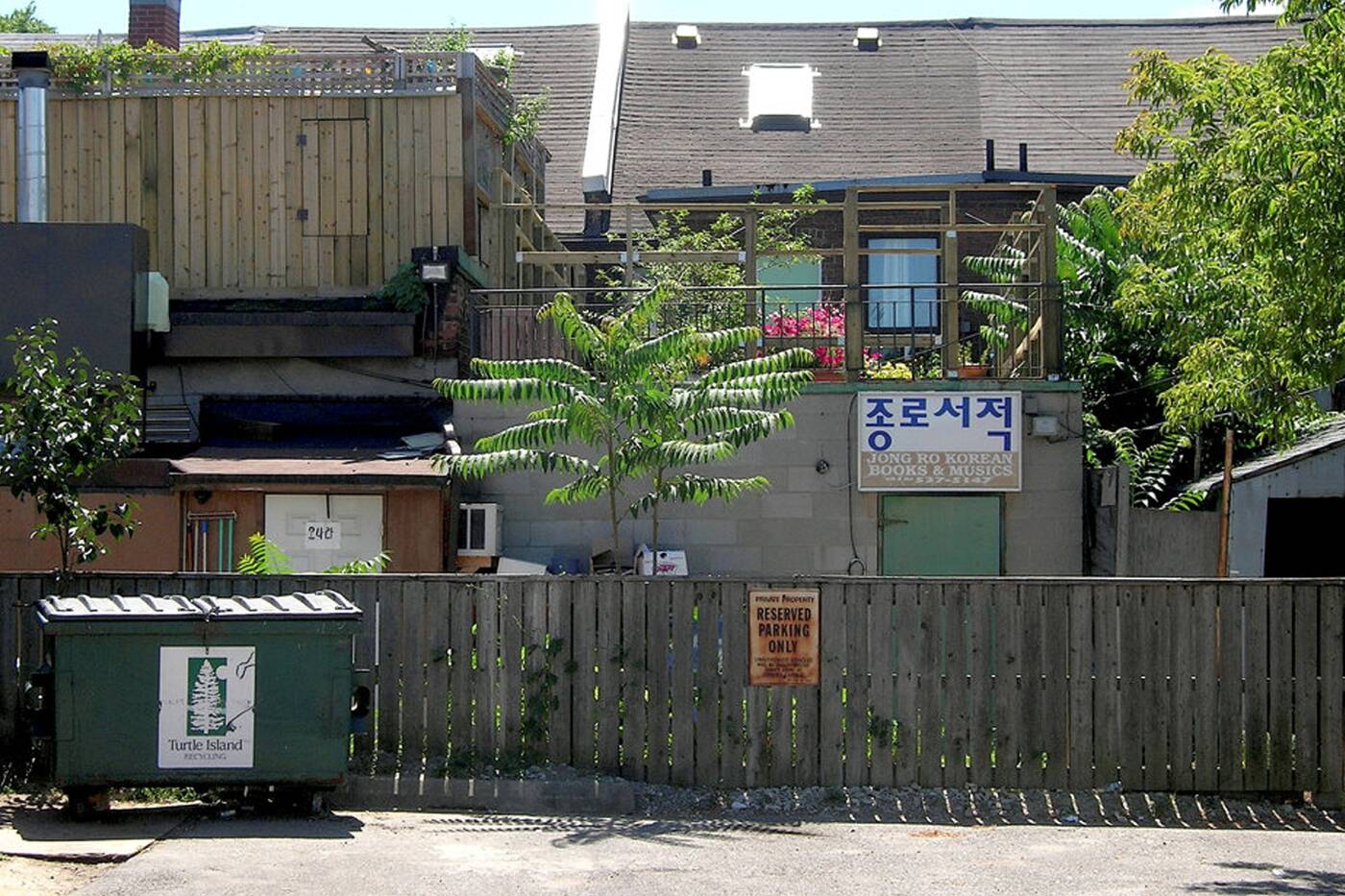 A laneway in Koreatown featuring the back of a Korean book and music store in 2007.

In 1967, the Alpha Korean United Church was opened at Bloor and Huron streets and soon became a gathering place for the community. It was thanks to the establishment of this institution that residents had a place to connect with each other and their beliefs.

In the following decades, into the early 21st century, Koreatown thrived in its local businesses. The neighbourhood was known for its cultural cuisine and specialty stores.

The neighbourhood was even featured in an episode of CBC's Kim's Convenience, a show featuring a Korean family's experience owning a convenience store in Toronto. 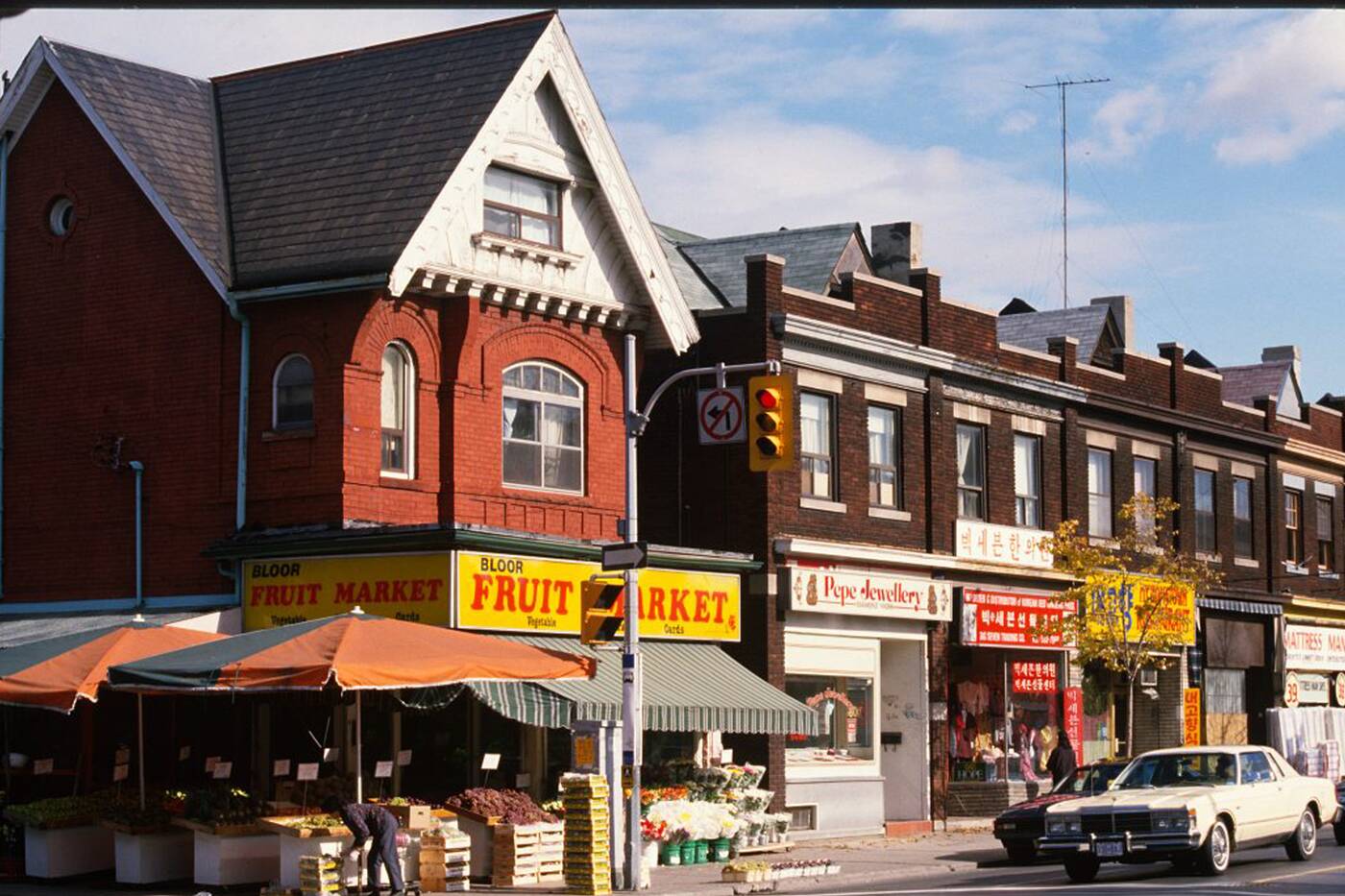 Intersection of Bloor and Manning streets in the 1980s.

Much like Toronto's Little Italy, residents of Koreatown have slowly shifted away from the enclave as years went by.

Many of the original Korean immigrants began moving away from the city and into North York, and new immigrants seemed to follow them.

Willowdale has become known for its Korean population, and a stretch of Yonge St. between Sheppard and Finch is now commonly known as Koreatown North.

While Koreatown might not be the same as it was back in the 1970s, it still remains a great display of Korean culture.