Baby Point is a quiet residential neighbourhood tucked away in the city's west-end. From the outside, it may look like any ordinary place, but its significant history dates back thousands of years. 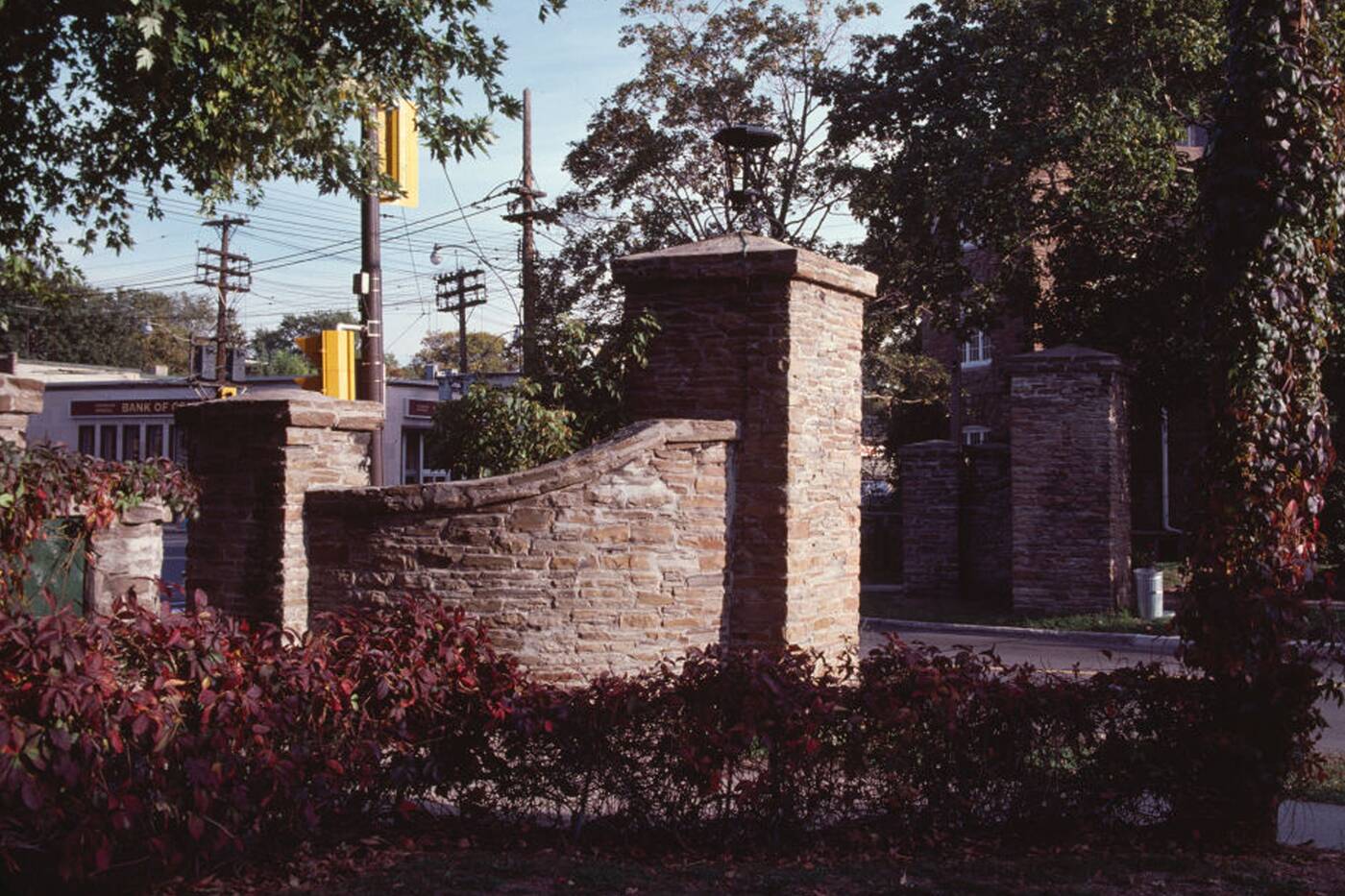 The Baby Point gates pictured sometime during the 1970s-90s.

It was originally a Seneca village

The area was originally a Seneca village in the 1600s. It was called the Teiaiagon Village, which is a Seneca and Mohawk word meaning "it crosses the river."

This was referring to the Humber River, which they strategically settled by. Today, the neighbourhood is known for being located on a plateau overlooking the water.

According to the Baby Point Heritage Foundation, the Mississaugas of the New Credit took control of the area in the 1700s and settled there briefly. 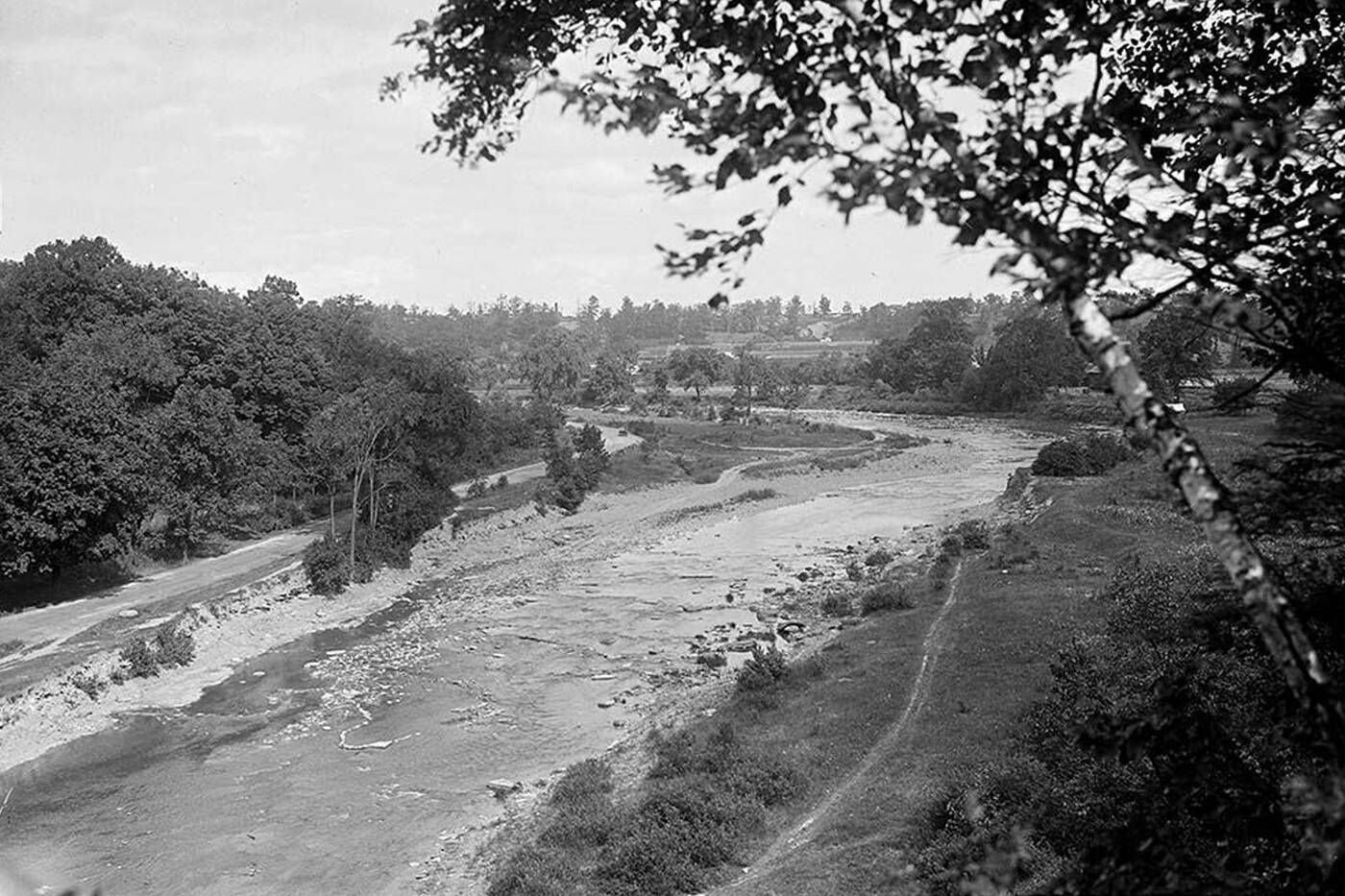 It was only in the late 1700s that the area was introduced to the Baby family. In 1762, the British granted Jacques Duperon Baby, a well-known fur trader, a license to trade along the north shore, which included the Humber River.

The area was named after Jacques (James) Baby

In 1815, he was appointed Inspector-General of Upper Canada. Along with this, he acquired a 200-acre estate which would be named Baby Point after his son Jacques "James" Baby.

The Baby property was filled with lush greenery. It was known for its apple orchard, salmon that were aplenty in the Humber River and freshwater springs flowing from the hillsides.

The Baby family, however, had a very dark side to their story. It took decades for the city to begin to acknowledge their racist and problematic history.

There was even a Baby Point plaque put up that describes Jacques "James" Baby as a human trafficker who enslaved at least 17 Black and Indigenous people in the late 18th and early 19th centuries in Canada.

Someone has put up their own heritage plaque in the Baby Point neighbourhood, calling out its namesake’s racist history and complicity in the enslavement of Black and Indigenous peoples. Curious if this is a one-off or part of a series. pic.twitter.com/lo9ltyFYi7

This has led many individuals to want the neighbourhood renamed, but as of right now it remains Baby Point.

In 1910, the government purchased the land for use as a military base and barracks site. 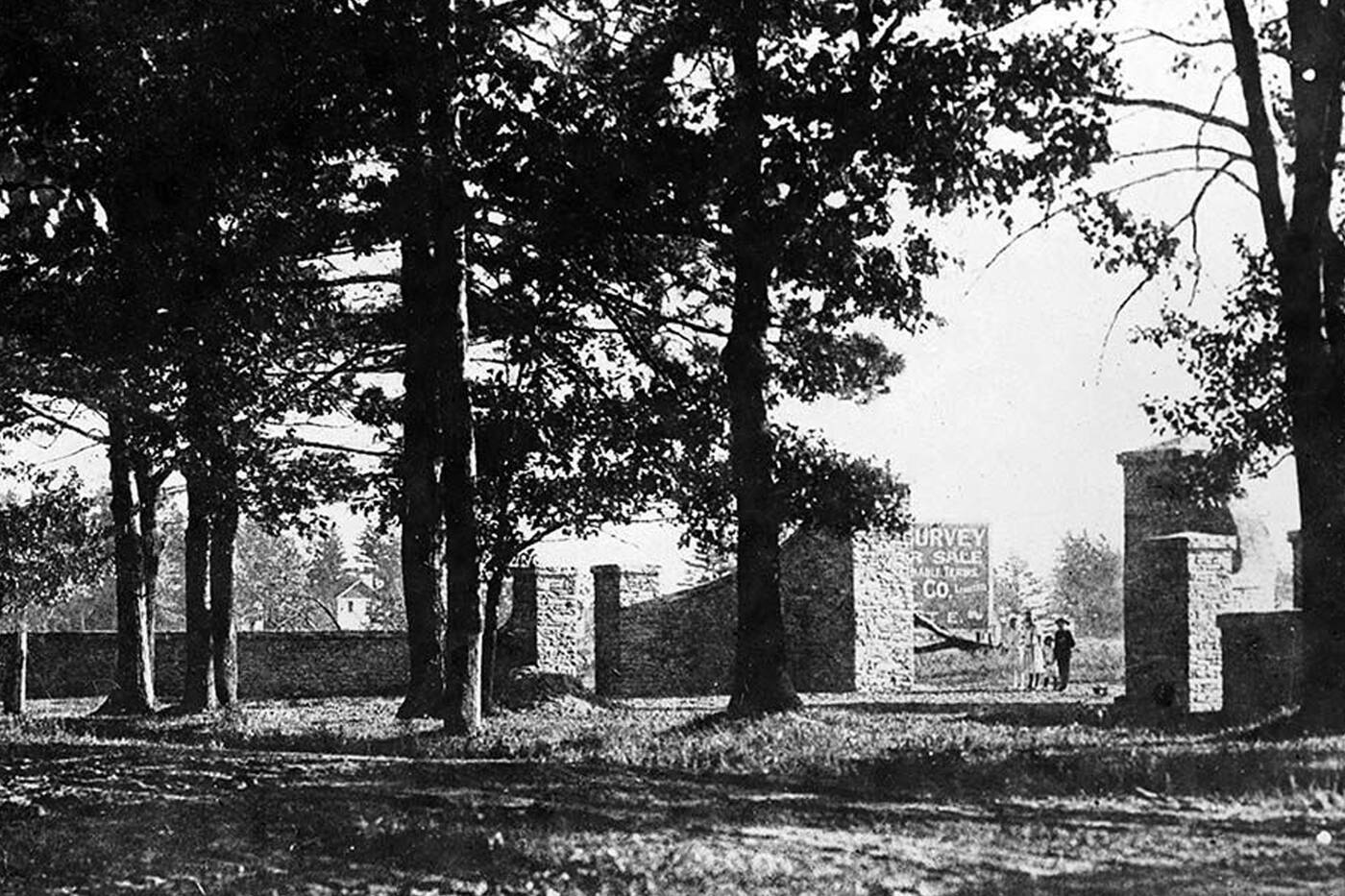 Soon after the purchase, they realized that the site would not fulfill their needs and sold it to Robert Home Smith. He was a prominent Toronto land developer, known for developing The Kingsway neighbourhood.

"He was very specific about the footprint location of every house and outbuilding. Siting was important and unalterable. Trees, ravines and natural landscape must be protected. He was very aware of the local history, and its importance to the country as a whole," according to the foundation.

Today it's full of beautiful homes

Thanks to him, today Baby Point is lined with beautiful homes, many of which boast backyard views of the Humber River. Most of them were built in the 1920s and 30s, and remain some of the largest and grandest in Toronto's west end. 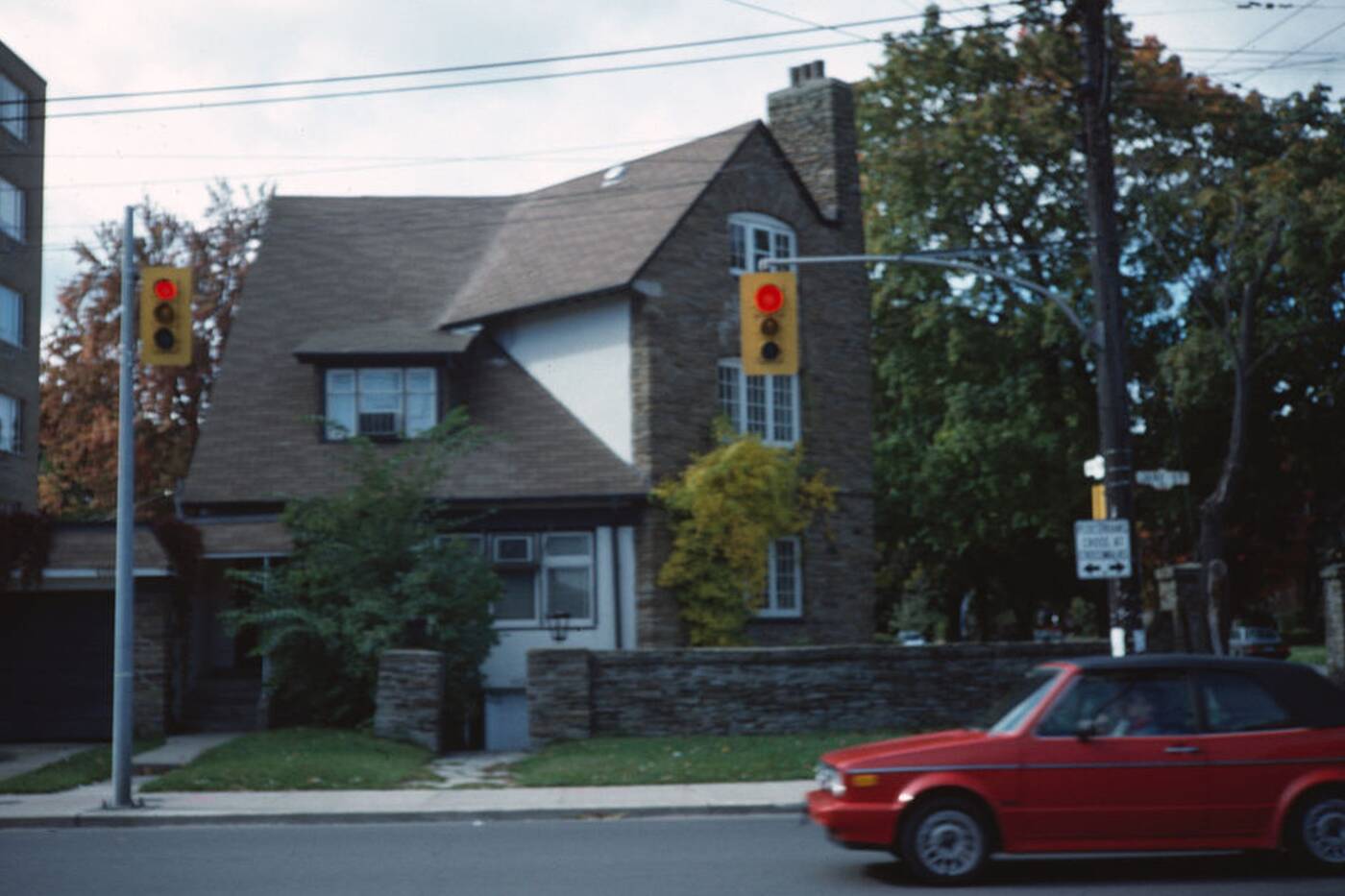 A house on the intersection of Baby Point Road and Jane Steet pictured sometime between the 1970s and 90s.

For years the neighbourhood attracted wealthier residents, and provided recreation facilities to cater to such a clientele. The Baby Point Club, located off of Baby Point Road, offers tennis courts, a variety of activities and a social clubhouse.

For residents, as well as those just visiting the area, the Etienne Brule Park offers a great view of the Humber River. It includes a trail for walking, jogging and cycling and you can even catch a glimpse of salmon swimming upstream.

For those visiting Baby Point to see these fish, you may very well be watching them from the same spot the original Baby family was centuries ago.