Brookbanks Park connects a number of the surrounding neighbourhoods with its network of trails, stretching over 25 hectares of the Don Valley ravine just south of York Mills Road. 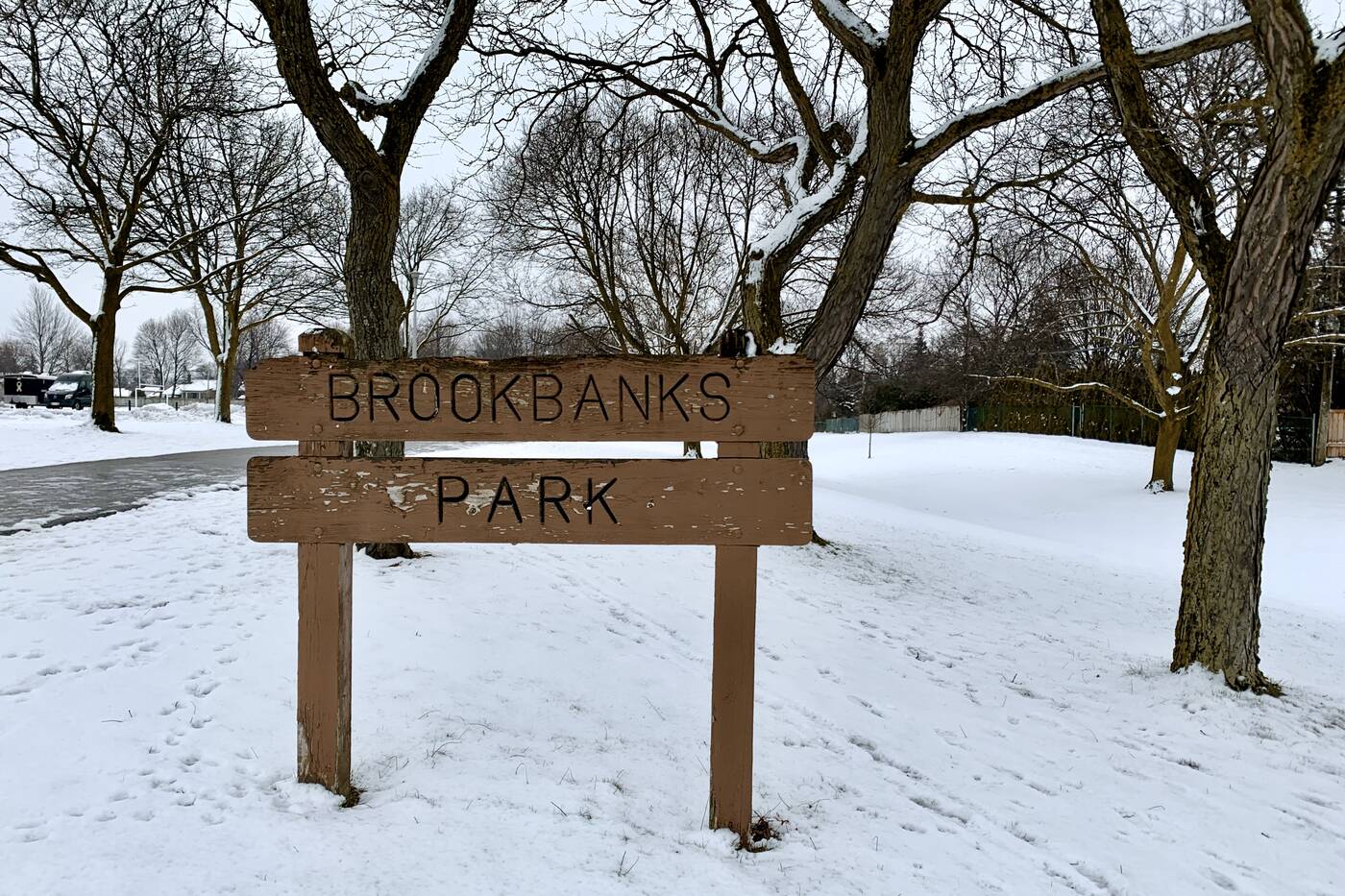 But the natural area used to serve another purpose. Although there are no signs throughout the area to outline its history, discoveries have been made to suggest that the ravine may have once served as a seasonal pottery production and firing campsite. 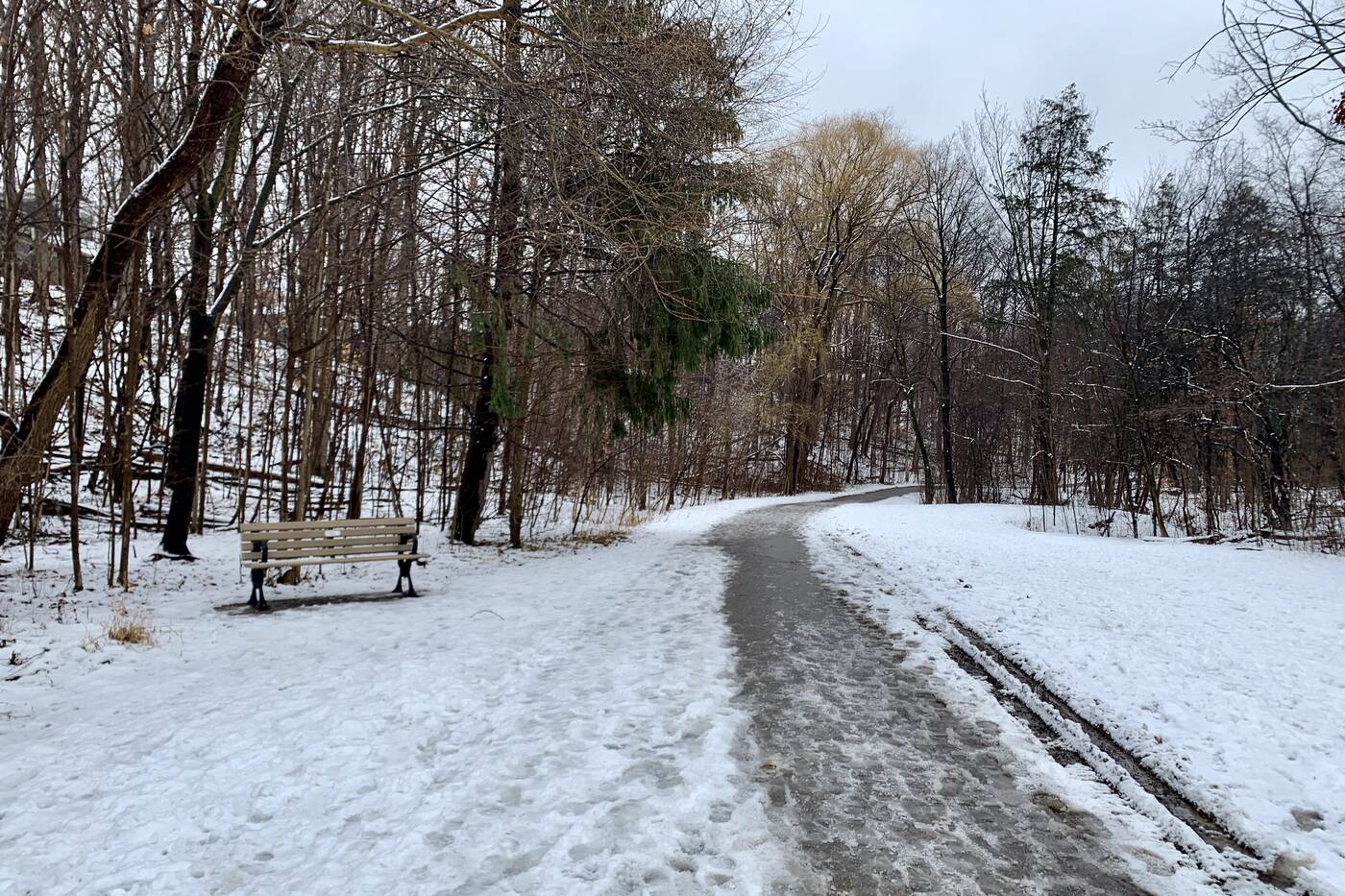 A Meadowood-cache blade dating from 1000 BC, Early Iroquoian pottery dating from 1000 AD, as well as the remnants of an open pit were all uncovered during archaeological digs by the Royal Ontario Museum back in the late 1980s and early 1990s. 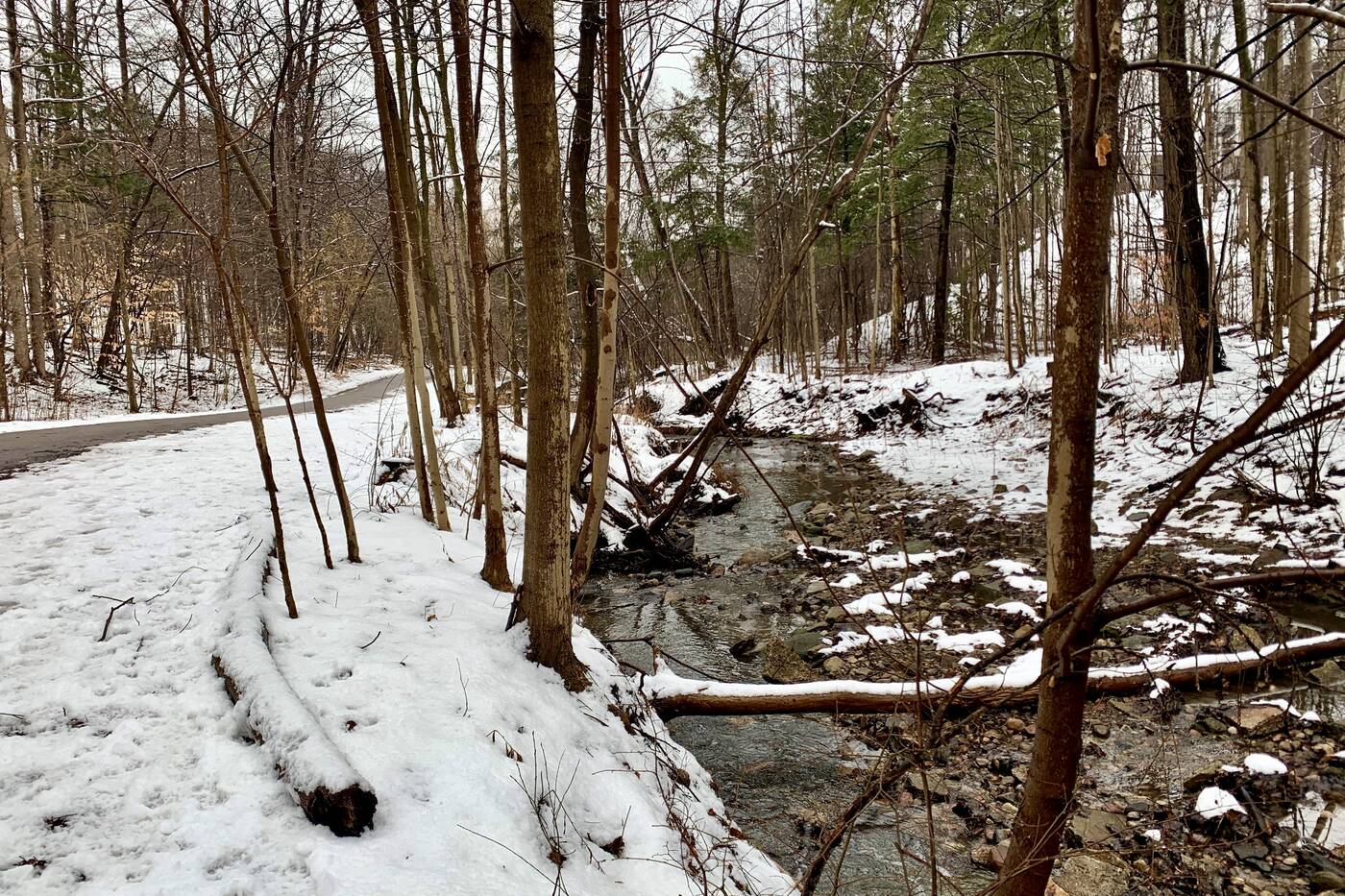 The trail follows Deerlick Creek as it flows toward the East Don River.

Besides its rich past, the four-kilometre trail that runs through the park is surrounded by natural beauty. Set deep in a forest valley, the walkways in the area follow Deerlick Creek, a tributary to the East Don River. 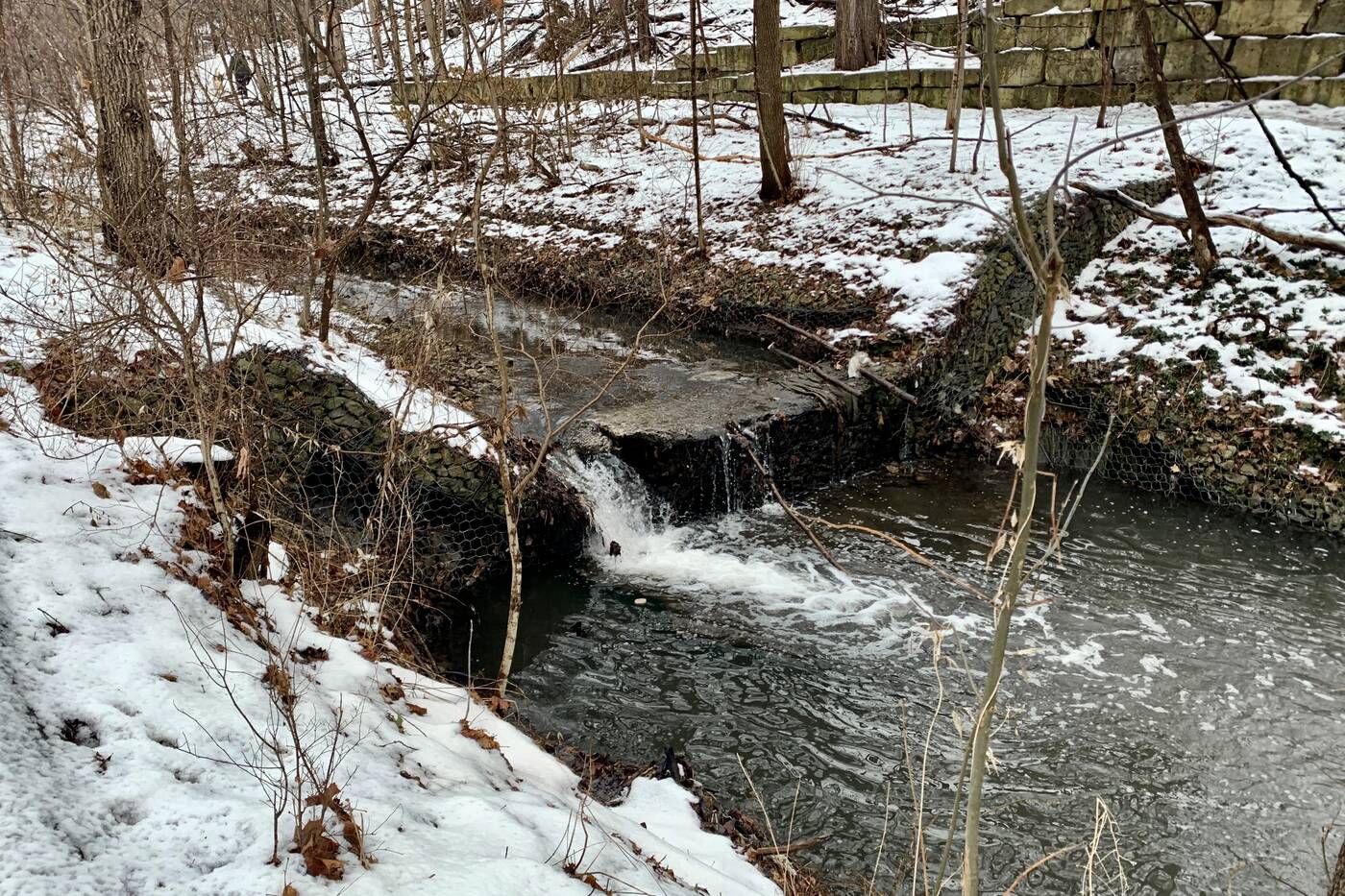 There are a number of access points to the river along the trail.

According to the one informational plaque in the area, the waterway got its name due to the fact that deer were drawn to the mineral deposits in the valley. The trail continues to offer many access points to the river. 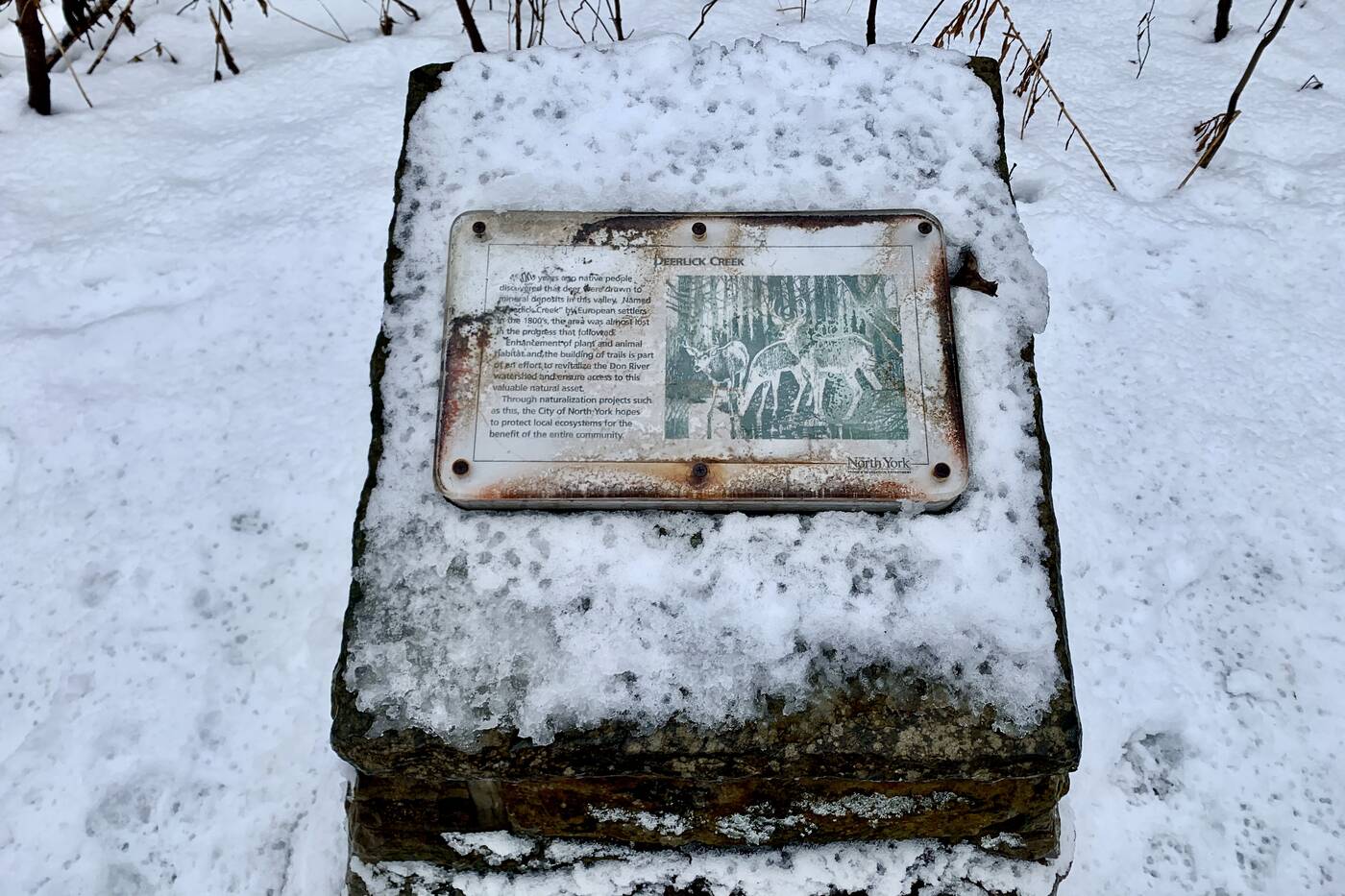 An old plaque sits near Brookbanks Drive with information about the creek that runs through the ravine.

Once you hit Brookbanks Drive toward the southern end of the trail, you'll need to cross the street to continue your walk. 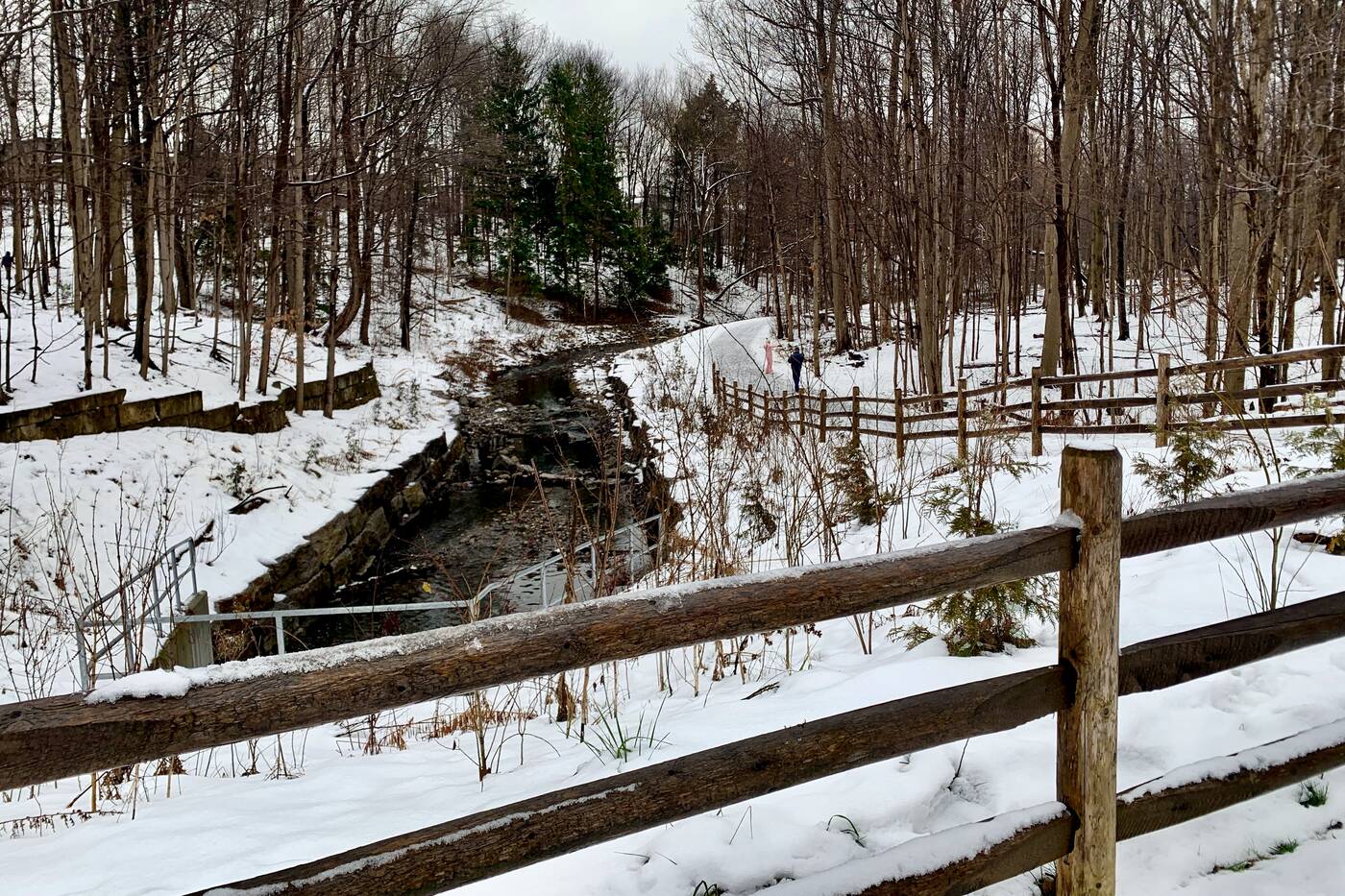 Cross the street at Brookbanks Drive to continue your walk through the ravine.

The river drains out on the other side and continues steadily southwards. 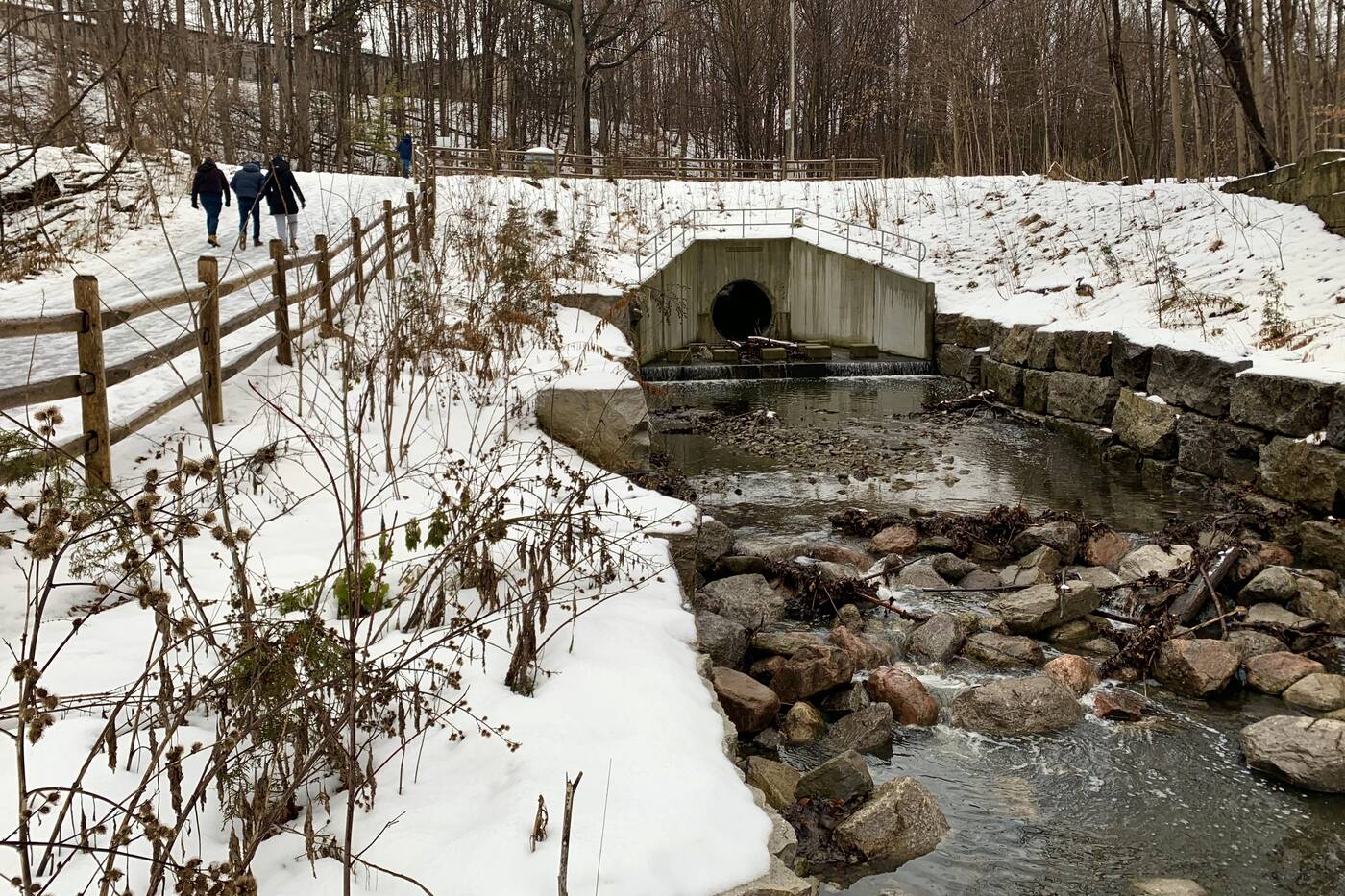 The river got its name due to the fact that deer were drawn to the mineral deposits in the valley.

As the trail continues on, the paved route winds up high above the river while an adjacent dirt path on the other side of the river offers even more walking options. 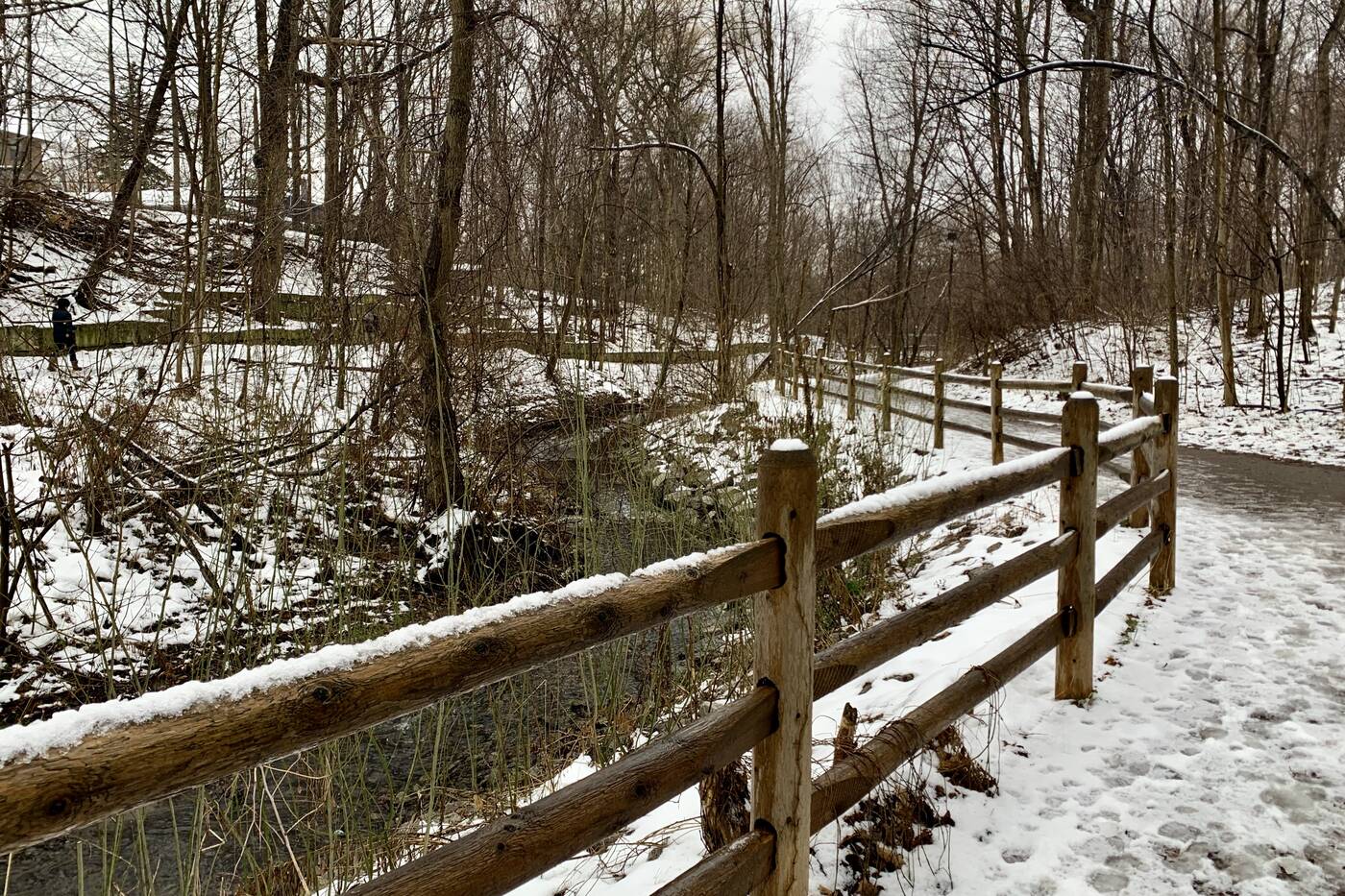