A Toronto carpenter who wanted to help people experiencing homelessness during COVID-19 has surpassed his fundraising goal.

However, just as the cold winter weather started to set in, Seivwright received a letter from the City of Toronto saying he does not have the necessary permits to install these structures on city property and therefore must "immediately cease the production, distribution, supply and installation of such shelters."

Tiny shelters that were already built in North York's Charles Sauriol park were removed on Dec. 9. According to the City of Toronto, the structure identified was unoccupied when it was removed.

Despite all the setbacks, people continue to support the project. A GoFundMe campaign has now exceeded its goal of $200,000, while a petition demanding the temporary shelters be allowed on Toronto land has more than 60,000 signatures.

But the shelters are still not allowed in the city.

Recently, Seivwright wrote that he got an independent fire safety inspector to look at the tiny shelters.

"John Tory and the city of Toronto continue to declare these shelter fire hazards without having done any inspection and they continue to remove people's homes without warning in these freezing temperatures," Seivwright wrote.

"The current stance and actions John Tory and the city are taking on these shelters is going to get people killed this winter," he added.

Seivwright conducted a fire test on the rockwool exterior insulation, a fire resistant material now being used on tiny shelter exteriors. The test proves the flammable concerns should no longer be an issue.

In an email to blogTO, the city said there are several other risks for people living in encampments including open flames, generators, propane tanks, and lack of access to water and sanitation.

"As of mid-December 2020, Toronto Fire Services (TFS) has responded to more than 249 fires in encampments, which demonstrates a significant risk to individuals living outdoors, as well as to first responders and the broader community," the city stated.

This represents an increase of at least 250 per cent over the same period in 2019. In 2019, there were 73 fire calls to encampments, according to the city. 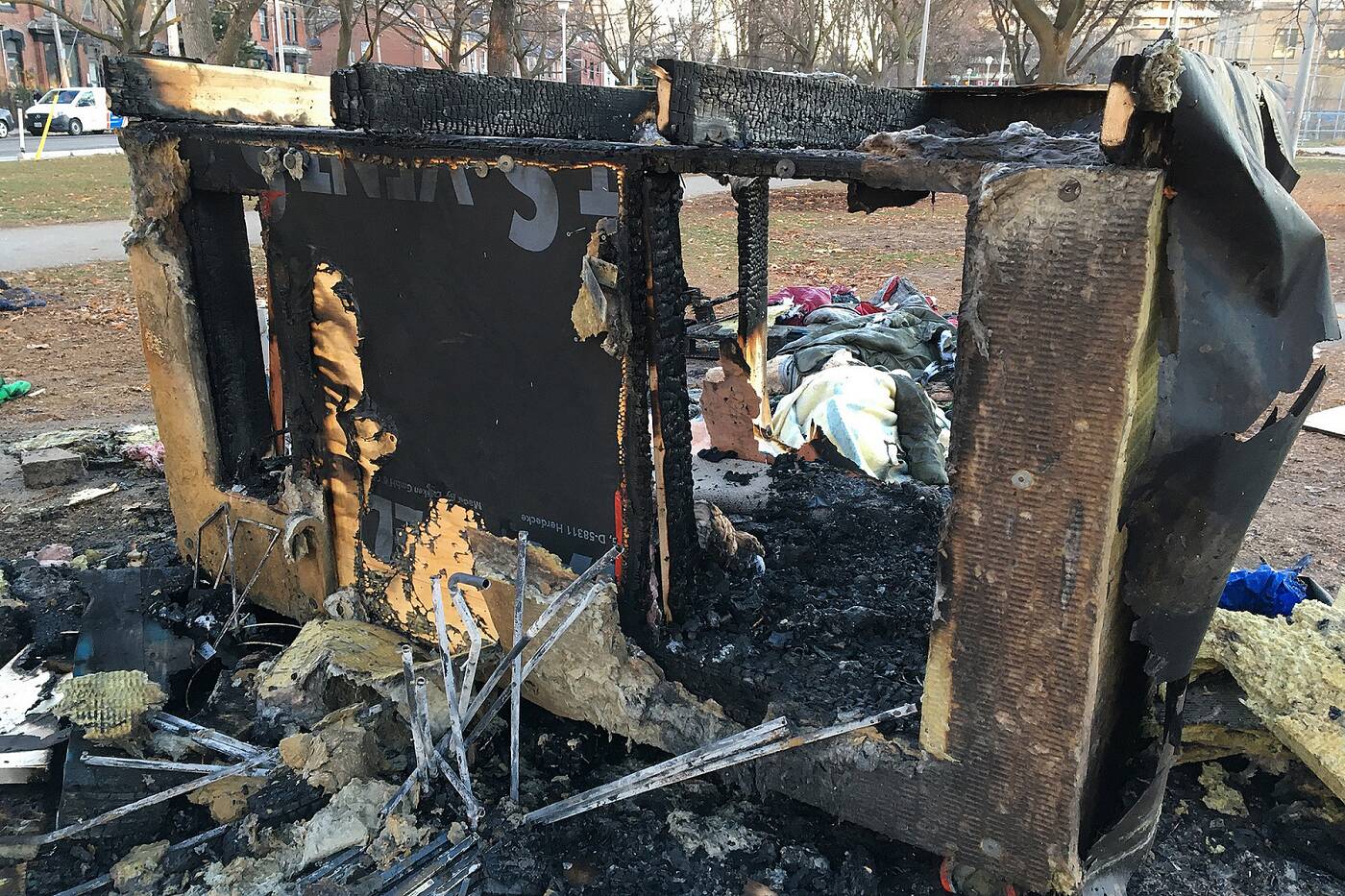 "Sadly in 2020, one person has died as a result of an encampment fire," the Toronto spokesperson said.

In response to COVID-19, the City of Toronto has opened 40 new temporary sites to create physical distancing in the shelter system and provide space for people to move indoors from encampments, a spokesperson said.

Currently, 25 locations are active, providing close to 2,300 spaces in new temporary shelters and hotel programs. In addition to the temporary sites, there are 75 shelter and respites sites as part of the existing shelter system run by the city and the partner agencies, and the city has launched a Winter Services Plan with 620 spaces.

Some have complained that at least one shelter, with partitions for COVID-19 protection, is prison-like, which may explain why people have chosen to stay in TTC vehicles or tent encampments.

While there are many city-funded options, Seivwright's tiny shelters could offer another alternative to those who don't feel safe in a traditional shelter right now.

Seivwright did not respond to a request for comment, so it's not clear how he will proceed. In a difficult year and with months of winter still ahead, let's hope people can find a place to wait out the pandemic and winter safely.