The early history of Edwards Gardens and Milne Hollow in Toronto

In a hidden corner of Edwards Gardens lies the final resting places of the Milne family. Fenced off and obscured by trees, this family graveyard can only be visited by the Milne descendants.

The story of the Milnes reveals something of the character of early 19th century life in the area.

Alexander Milne and the landscape of North Toronto

Any area north of the established city of York, as Toronto was known before 1834, were stretches of farmland. The Milne family owned a stretch of land near present-day Leslie and Lawrence, including a woolen mill.

Present-day Edwards Gardens had been Alexander Milne's estate garden. Milne was a Scottish weaver and miller who immigrated to Canada in 1817. He bought the land from James Fitzgerald in 1830. The Crown had given Fitzgerald a sizeable land grant of 500 acres.

After settling in the area of Edwards Gardens, Milne found that the land did not yield as much crop as he thought it would, so settled into a different area near the Don River, which is now known as Milne Hollow.

In this new area, Alexander Milne started his own small village, Milnesford Mills and his own farmstead, operating a woolen mill beginning in 1846.

The complex also featured a sawmill, a dry goods store, wagon shop, and housing for workers, alongside the homes and barns for the Milne family themselves. At its height, the industrial complex produced over 2000 metres of cloth per year and over 100,000 metres of lumber. 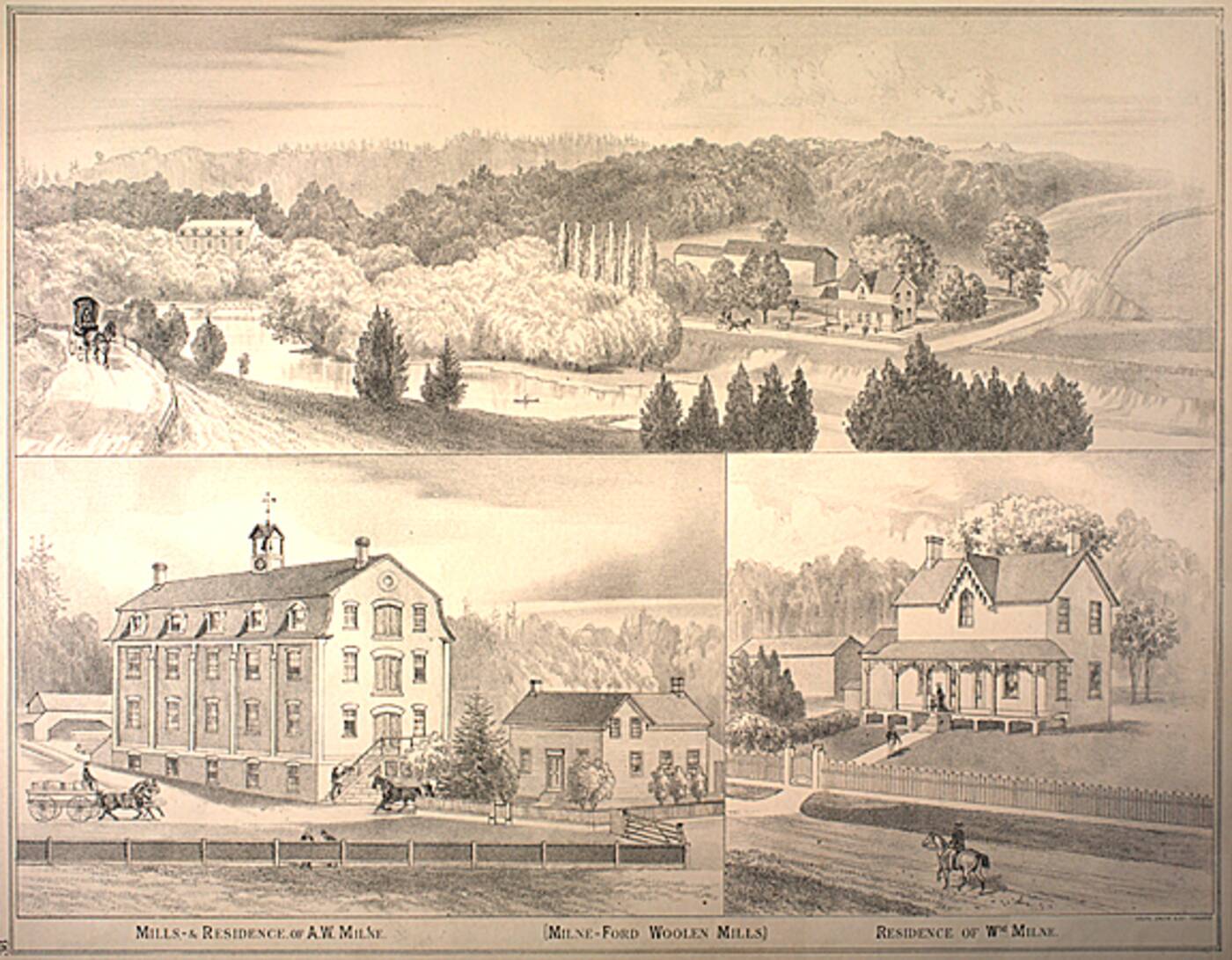 An engraving of the Milne property in the 1878 Illustrated Historical Atlas of the County of York. Courtesy McGill University.

The mills themselves were quite impressive structures. Prominent Don Valley conservationist and historian Charles Sauriol described one of the mills in its industrial grandeur: a three-storey structure, it was 80 feet long and 50 feet wide, with the walls made of both red and yellow brick.

Later on, when a torrential flood swept through the area in 1876, most of the property was destroyed. The Milnes decided to rebuild their industrial hub. Although the mills themselves thrived into the mid-1900s, they were torn down sometime between the 1940s and 1950s.

From my personal perspective, this removal is quite a loss. Restoring the historic structures could have given future generations in the neighbour a great glimpse into Toronto's industrial past.

However, one of the original buildings that did survive the flood was one of the Milne family’s houses.

Constructed between 1860 and 1865, the house was built for Alexander Milne’s son, William, and was in use for over 100 years into the 1960s. It is now known as Milne House. The site was designated a heritage property in 2006. 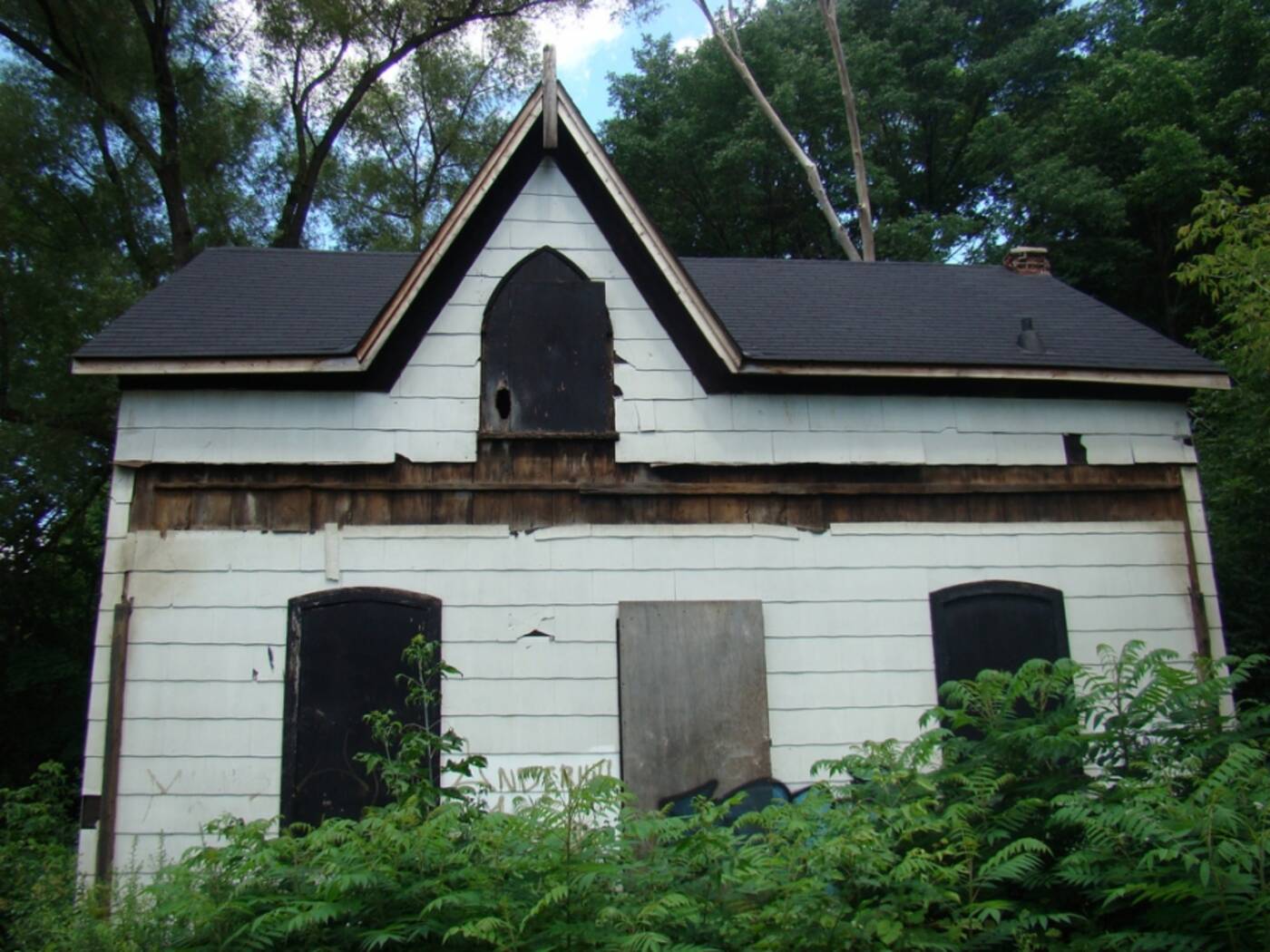 The surviving Milne House in the Don Valley. Courtesy Kimberly Busato and the Architectural Conservancy of Ontario.

Intrepid hikers can still view this piece of Toronto’s history at Milne Hollow, which is part of the East Don Trail, managed by the TRCA.

What’s in a name?

Milne’s land on present-day Edwards Gardens was home to another historic house altogether that was also called Milne House. The house, a much grander structure that originally had a large porch and summer kitchen, was destroyed by a fire in the 1960s.

Although no known cause was ever given, the fire may have been caused by oil burner or electrical wiring; the damage itself was estimated to be between $40,000 and $100,000.

The building housed the offices of the Civic Garden Centre (present-day Toronto Botanical Garden) and the Ontario Federation of Naturalists. The two organizations' sizeable libraries were lost in the blaze. 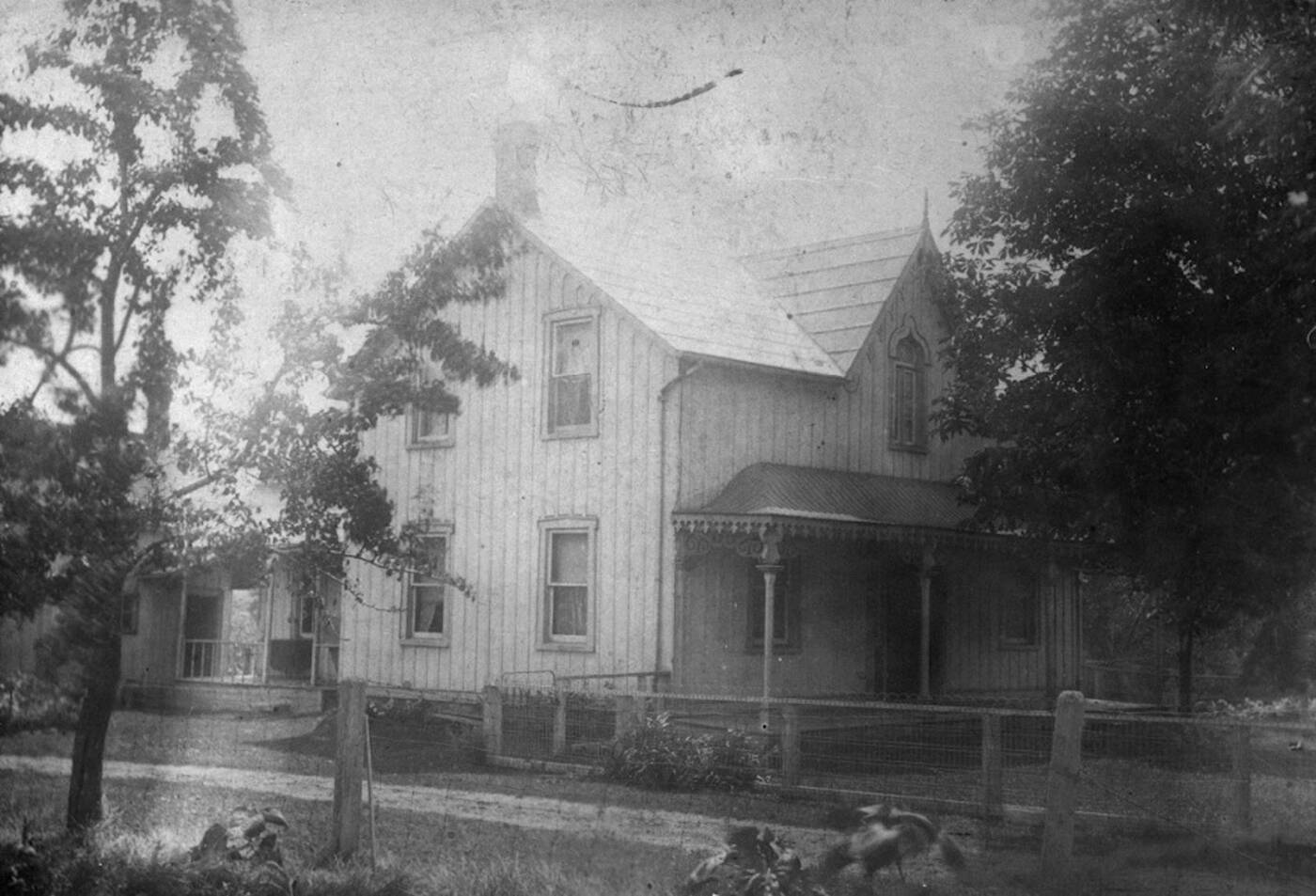 Milne House on the Edwards Gardens property prior to the blaze. Courtesy North York Historical Society and the Toronto Public Library.

The Alexander Milne rose was developed by horticulturalists in the 20th century as a reminder of the historic connection between the Milne property and Edwards Gardens. The rose, a tea rose variety, is the symbol of the Milne House Garden Club.

A return to the past

Edwards Gardens and the surrounding area have always been a popular place for people to gather and experience nature.

The history of the property and its trails is extensive. So next time you’re out on the trail, stop and think what it might have been like to be there in the 19th century.