A neighbourhood in Toronto is now filled with inflatable holiday llamas

Nothing says Christmas like a big inflatable llama, at least according to one Toronto neighbourhood.

There are many Toronto homes going big with decorations this year but the neighbourhood around Greenwood Avenue and Torbrick Road, just south of The Danforth, has become Llama Lane. Two residents, Raffi DerGhazarian and Jenny Chung Mejia started a llama trend.

Chung Mejia said she bought an inflatable llama adorned with the sign "Fa La Llama" and noticed her neighbour across the street, DerGhazarian, had the same festive lawn ornament.

The two neighbours had a friendly competition going over Halloween and filled their lawns with decorations. 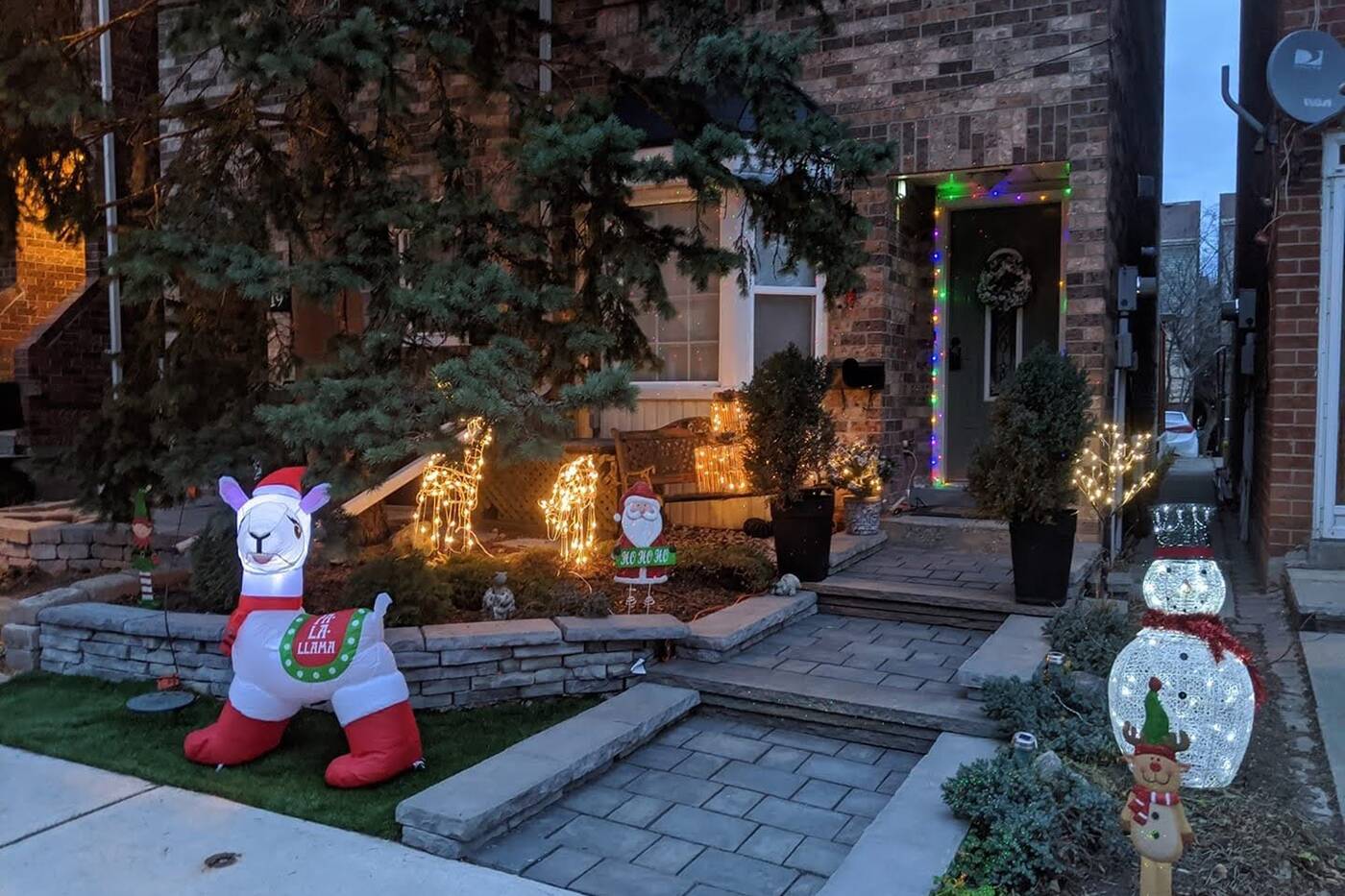 There are about 20 homes with llamas in one Toronto neighbourhood.

"This year we went a bit more all-out because of COVID, we just wanted to brighten up the place," said Chung Mejia of her Halloween home.

In early November both families had their Christmas decorations up and that is when Chung Mejia noticed they had the same llama.

"Within a week’s time…we had already gotten to 18 llamas in the neighbourhood," said Chung Mejia. They are now up to 20 on four culs-de-sac.

DerGhazarian said he was surprised to see the response. 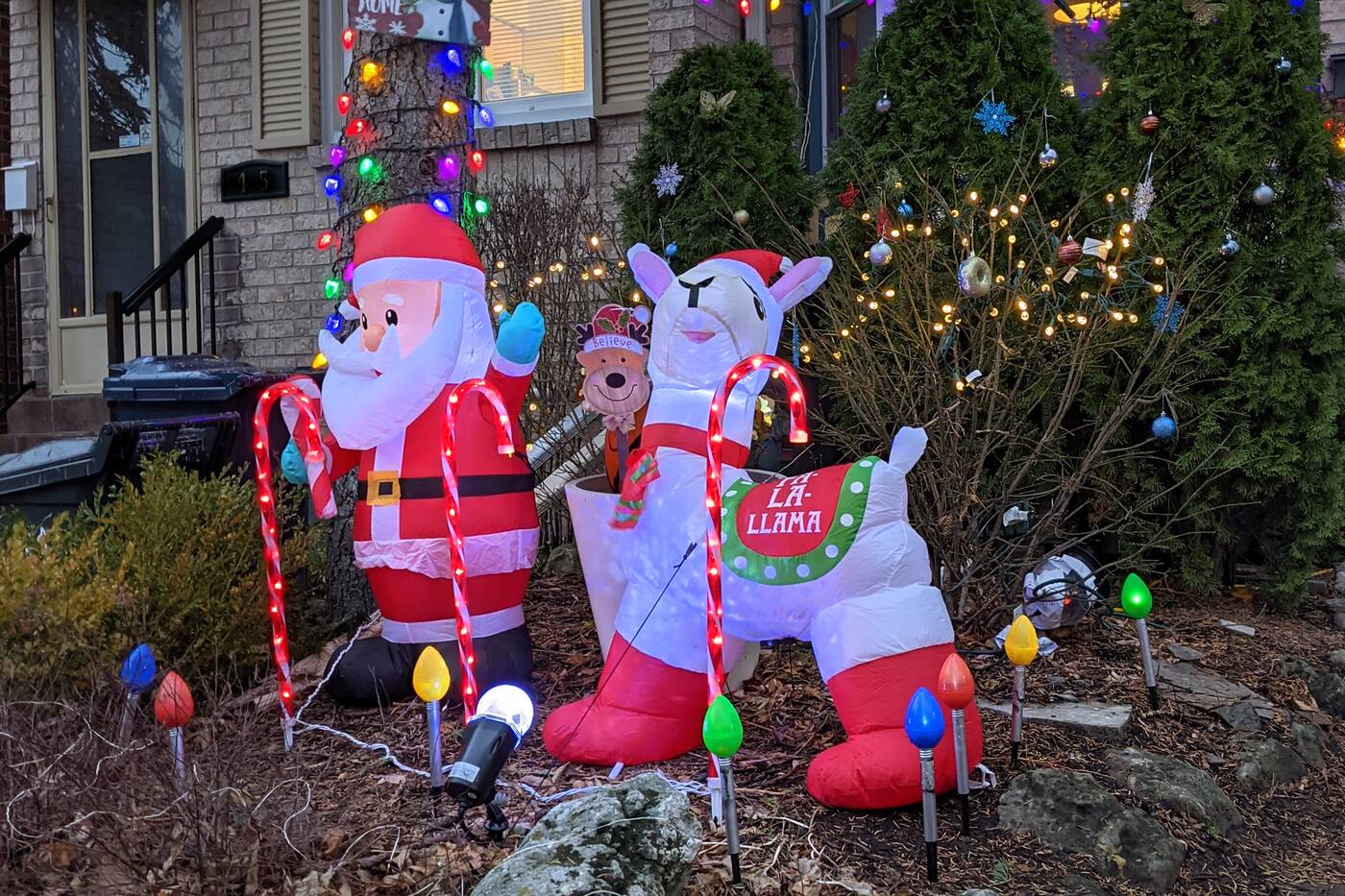 The llamas have been a bonding experience for the neighbourhood.

"I thought maybe five of the neighbours we know personally would (get a llama)," he said.

The experience has him talking to people in the neighbourhood, who due to lockdown restrictions, can't get out to special holiday events.

"I think more people are home more so why not, you are missing out on a lot of the normal stuff. Usually, we go look at the Bay windows and go by Nathan Phillips Square to go to the Christmas markets," said DerGhazarian. 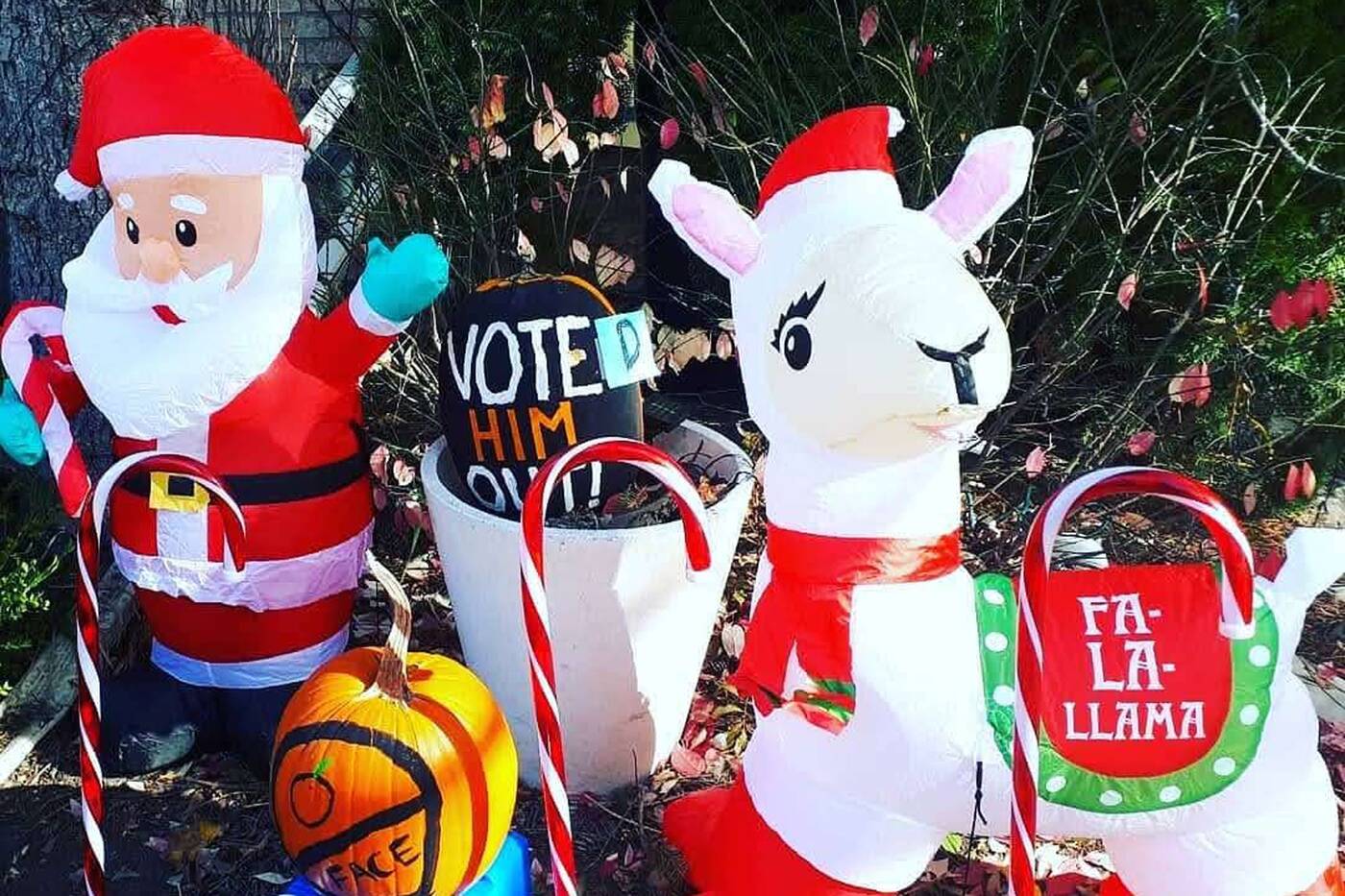 The neighbourhood has come together with llamas.

There are about 200 homes in the neighbourhood and Chung Mejia finds she is meeting more people.

"It has become a nightly ritual for a lot of us to take our families, take our walks to admire the lights," said Chung Mejia.

The community has come together.

"This is a way that we have been able to actually bring our community together while being apart, if that makes sense, and build camaraderie," she said. "I think we have bonded through doing this."

As for why the two families chose the llamas — it was just a cute, silly decoration.