This is what it's like to live on the Toronto Islands

If you've ever wondered what life would be like on the Toronto Islands when it's not peak summer season, it's pretty normal, according to Julian Ganton. As the founder Toronto Island SUP, Ganton has resided on the Islands for most of his life, so of course he feels that way.

After living elsewhere for a stint, Ganton found himself back on the islands running a business, and helping to preserve the tranquil beauty of the wetlands.

First of all, the fact that Ganton's family actually owns property there is unique. If one of us mainlanders, or "urbanites" wanted a spot on Ward's Island, you'd have to have patience, money, and perhaps a little luck.

Long story short, the Ontario government passed the Toronto Islands Residential Community Stewardship Act in 1993. This ensures that the 262 residential properties are leased (not owned) to folks who pay to be on a 500-person purchaser's list. 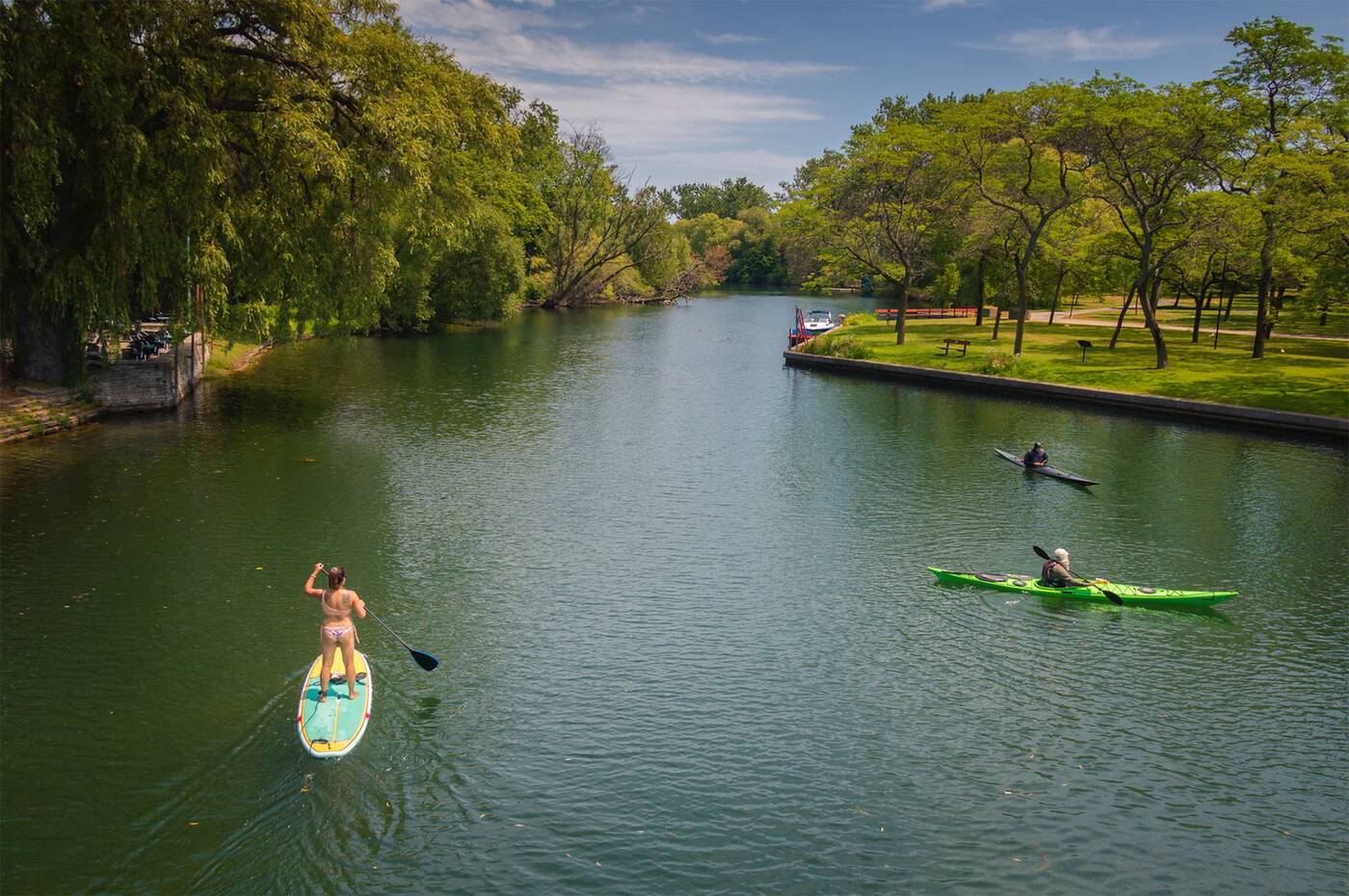 It's easy to partake in all the water amenities the Toronto Islands have to offer. Photo by A Great Capture.

And just because you're on the list doesn't mean that you'll get through. To date, fewer than 70 homes have become available.

According to Ganton, "the amount of land that the homes actually occupy, [is] only 4 per cent." The rest is made up of parks and beaches, of course. There are yacht clubs, a couple of schools, a church, cafes and a number of fairweather activities, and epic views.

Ganton also tells me about the six Environmentally Significant Areas in and around the islands that are protected by the city, as they are "relatively undisturbed" and therefore are often home to rare or endangered plants or animals. 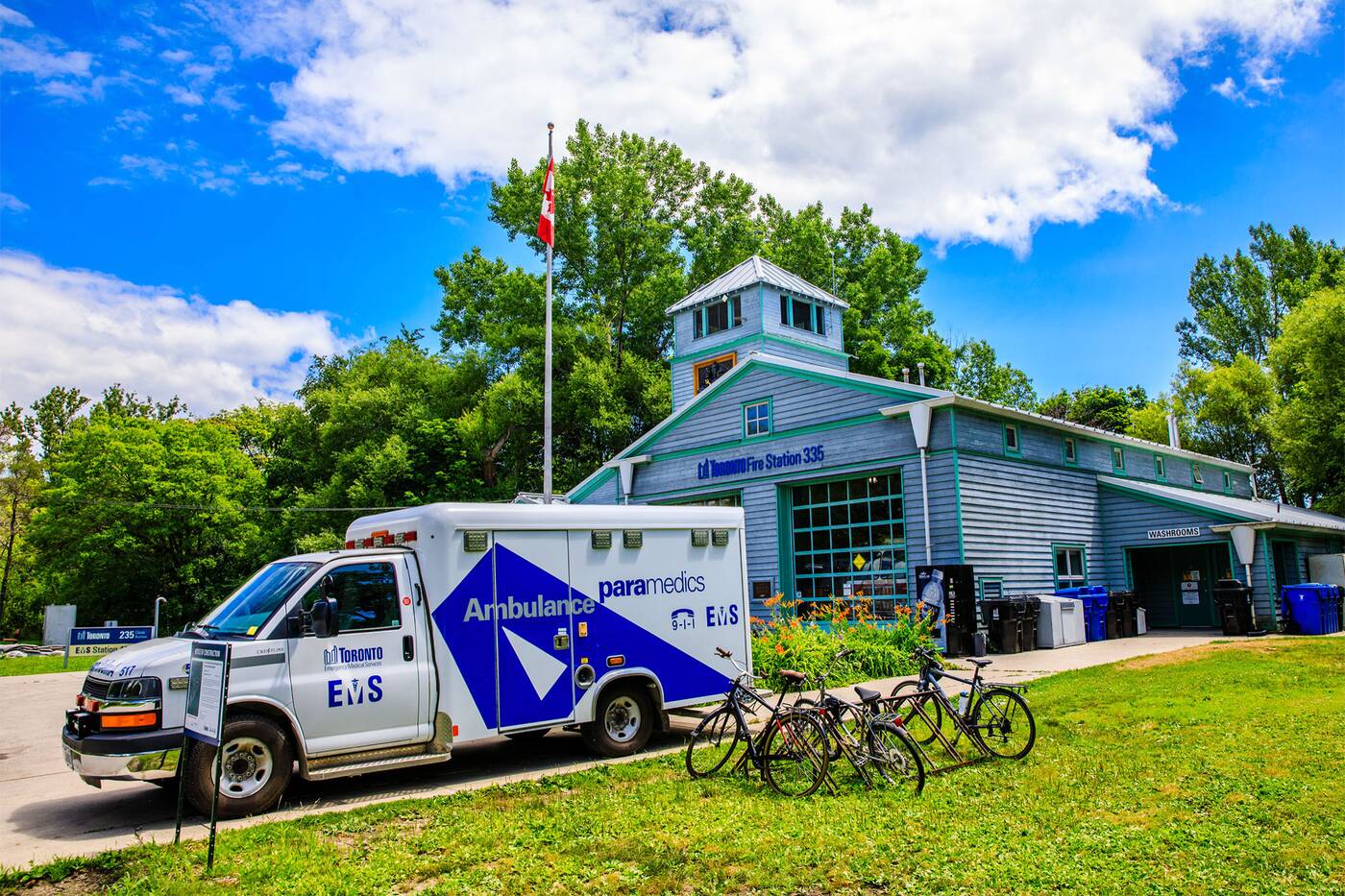 The Toronto Islands has its own fire station. Photo by Clement Lo.

"There's beaver, there's American mink," he tells me excitedly, "there are all these birds and wildlife and animals that don't get disturbed on a regular basis."

"I'm seeing weird fish [...] we're getting all kinds of ducks coming in from the Arctic right now," Plus, depending on the annual coyote population, they'll get raccoons from time to time, and "some years, there's even deer here!"

While Ganton does admit that in the winter months it can get, "a little too quiet," but you get used to it.

"For me, taking the ferry is normal, having to cart your groceries home is normal, and you bike everywhere." Ganton says, and it's important to note that the Toronto Islands are considered to be the largest urban car-free community in North America. 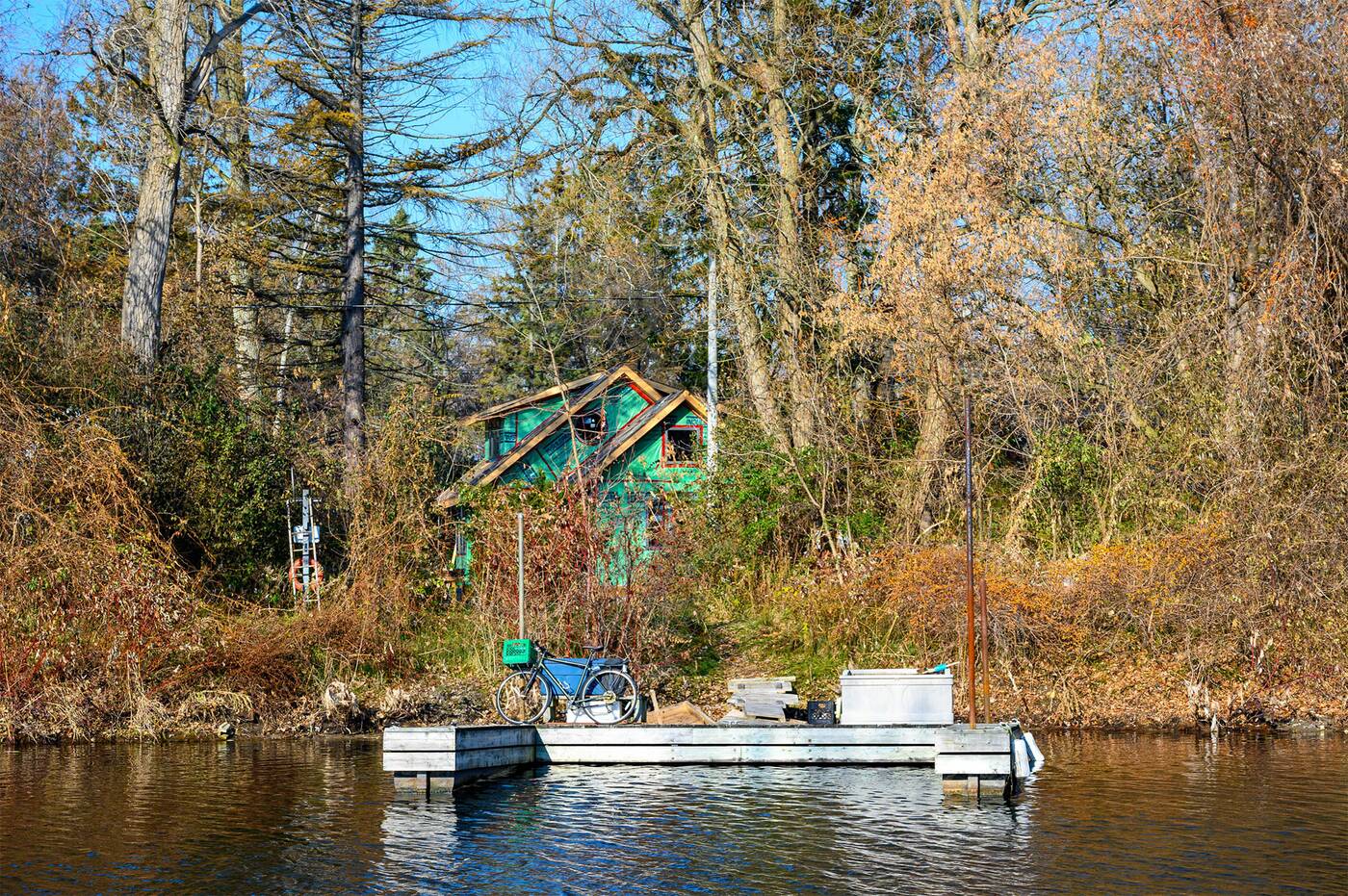 Some homes on the Toronto Islands come with their own dock. Photo by George Hornaday.

However, the biggest drawback of being an islander, according to Ganton, especially as a teenager, was the last boat.

"We were kind of like Cinderella over here. You're at a party and you can't really socialize the same way in town. You always have to get home before midnight."

Listen to Season 2, Episode 11 of the blogTO podcast

Julian Ganton has found himself back living on the Toronto Islands where he and his family grew up. He also runs Toronto Island SUP, and is passionate about preserving and documenting the unique wetlands.

As a full-time Islander, Julian talks about what it was like having to swim home after missing the last ferry, the cool wildlife, the trash problem, and the healing power of connecting with nature.