A red and white sailboat and the man who lives aboard have inspired a Toronto neighbourhood's spirit of giving.

The residents of Humber Bay Shores started to notice a red sailboat on the water this spring, said resident Evan Clifford. They posted photos of the boat to the community Facebook group.

"It's like a kid's book — the little red sailboat in the bay, it is always there," said Clifford. "No one really knew who he was."

As fall started to turn to winter and the boat still stayed in the harbour, some residents were worried about the man living on the boat with his three dogs. 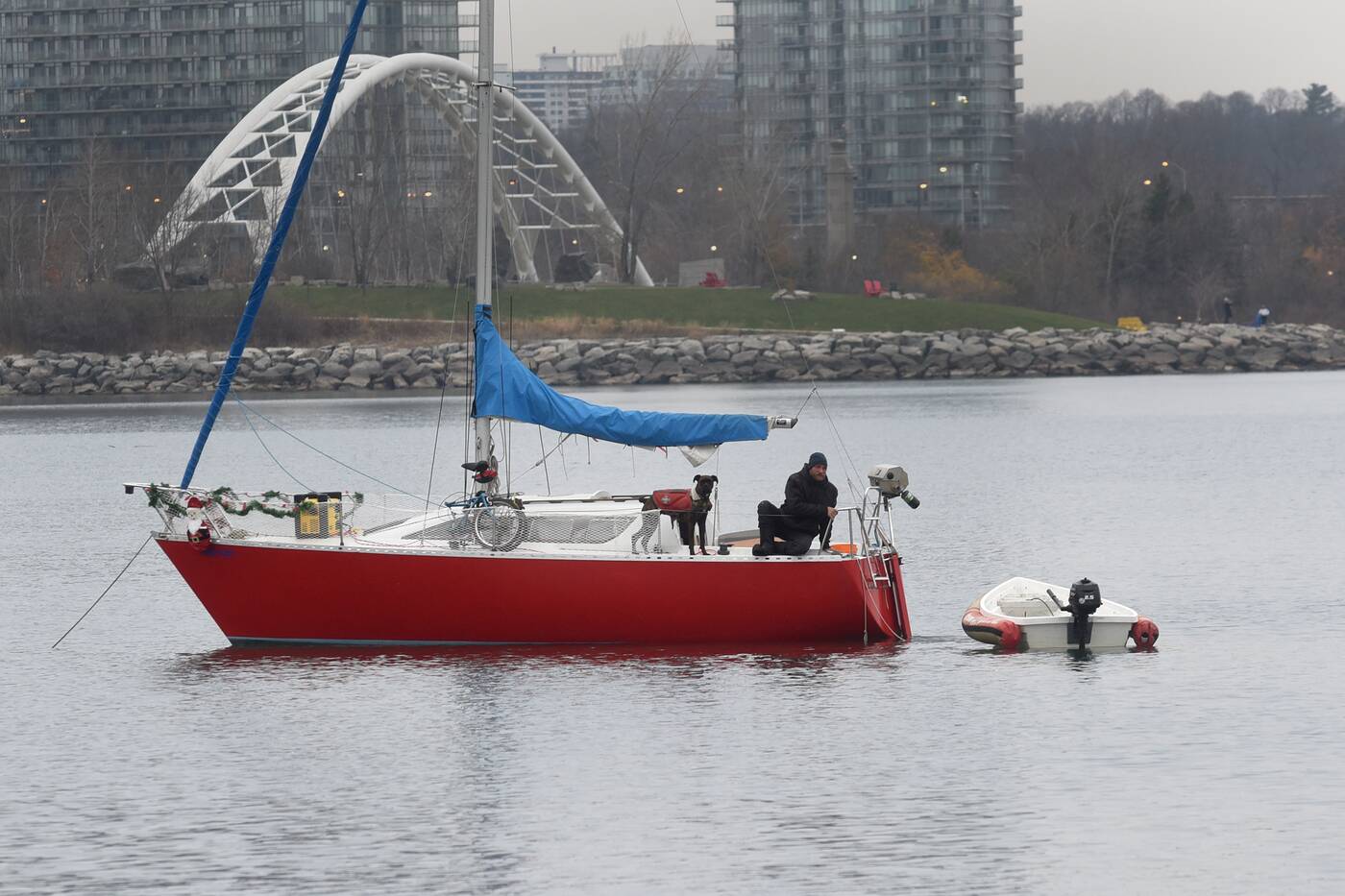 Tate Hill lives on his boat with his three dogs.

Clifford, who is also a sailor, said he was walking down the path along the lake when he saw the man from the sailboat and decided to talk to him.

A comment he then posted in the Facebook group about the man, whose name is Tate Hill, spurred an outpouring of support and donations.

People have helped him get fuel for his generator and stove, food and dog food (he needs a specific kind as one of his dogs has allergies). 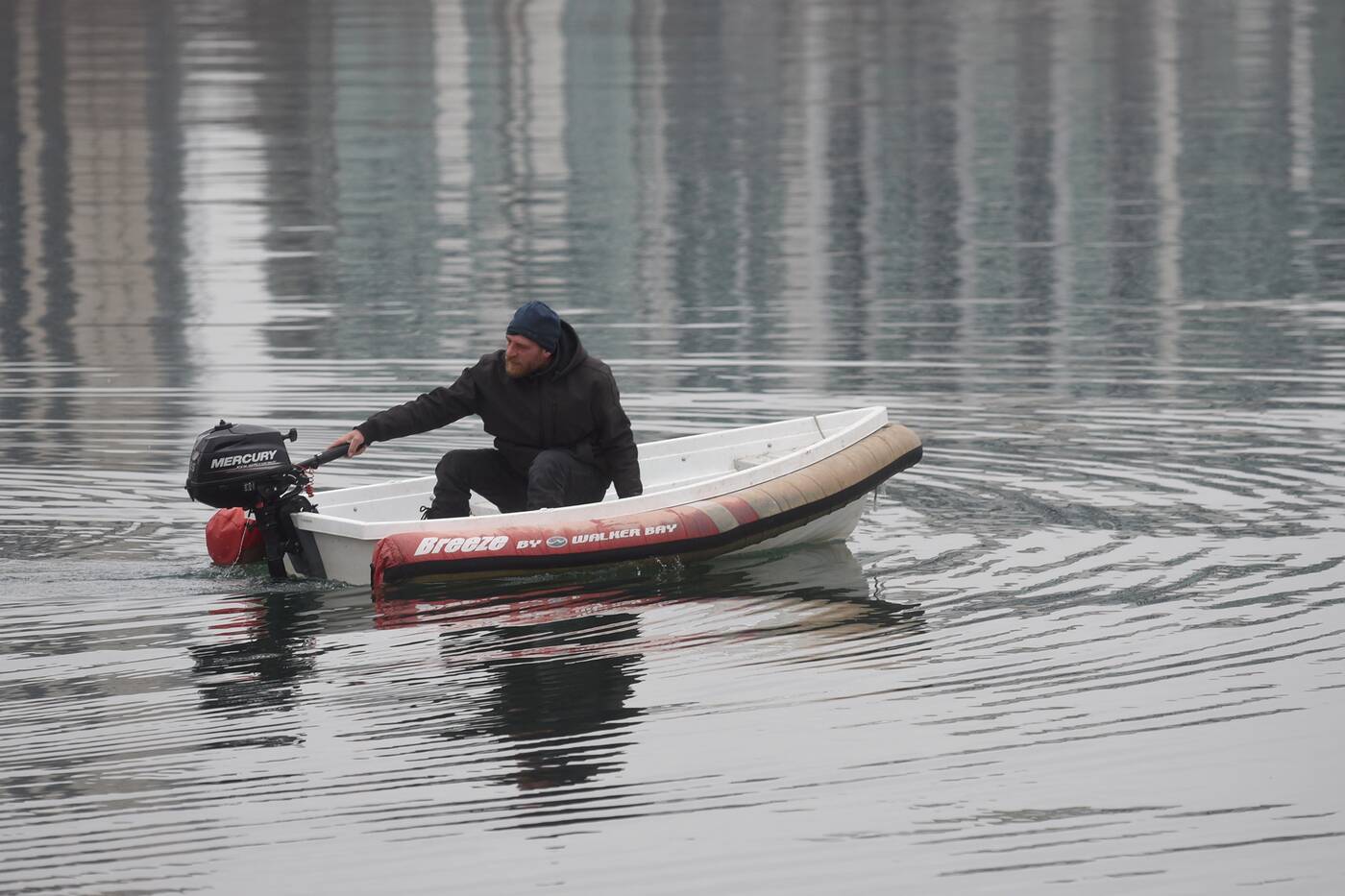 Tate Hill uses a dingy to get to shore to walk his dogs and get supplies.

Hill's story has proved to be an inspiration to many. Born in Toronto's west end, he told blogTO he grew up in the foster care system, then lived out of his van for 15 years. Hill has epilepsy and said he had previously experienced suicidal thoughts, but a couple of years ago decided to get a boat because he recalled his time sailing as a teen.

"I remember sailing was the happiest time of my childhood," Hill told blogTO.

On the sailboat, which he has been living on for about a year, he said he feels happy and calm.

The marine police come out every day and check on him, but his boat is fully registered and insured.

He dreams of getting a larger boat and sailing around the world, helping people in storm-ravaged countries re-build their homes. 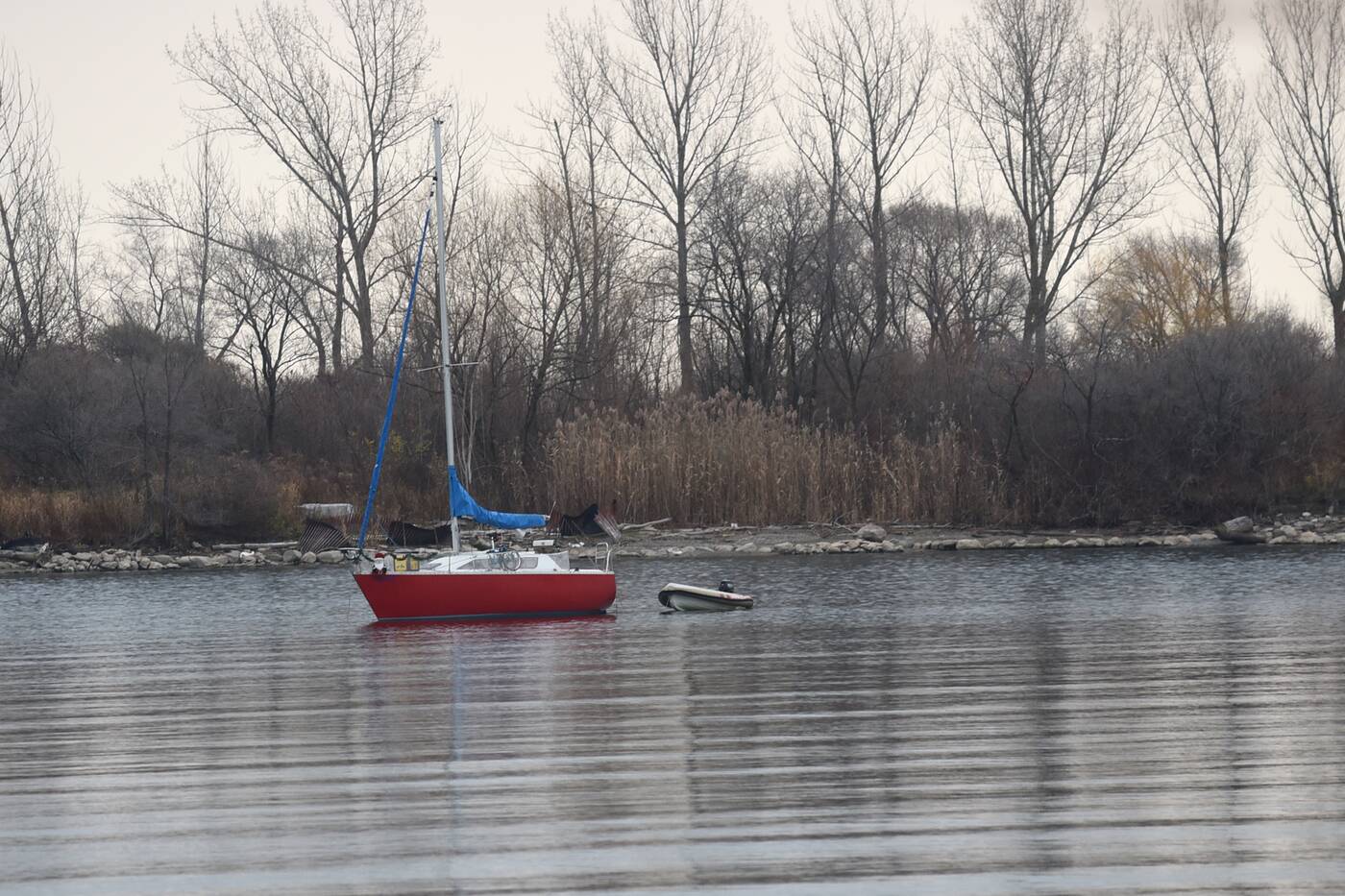 The red sailboat is safe in Humber Bay now, but soon it will freeze over.

To practice for this around-the-world journey, Hill purposely takes his sailboat out on stormy days, much to the surprise (and horror) of many of the condo residents.

Yet Hill's story seems to be inspiring people. 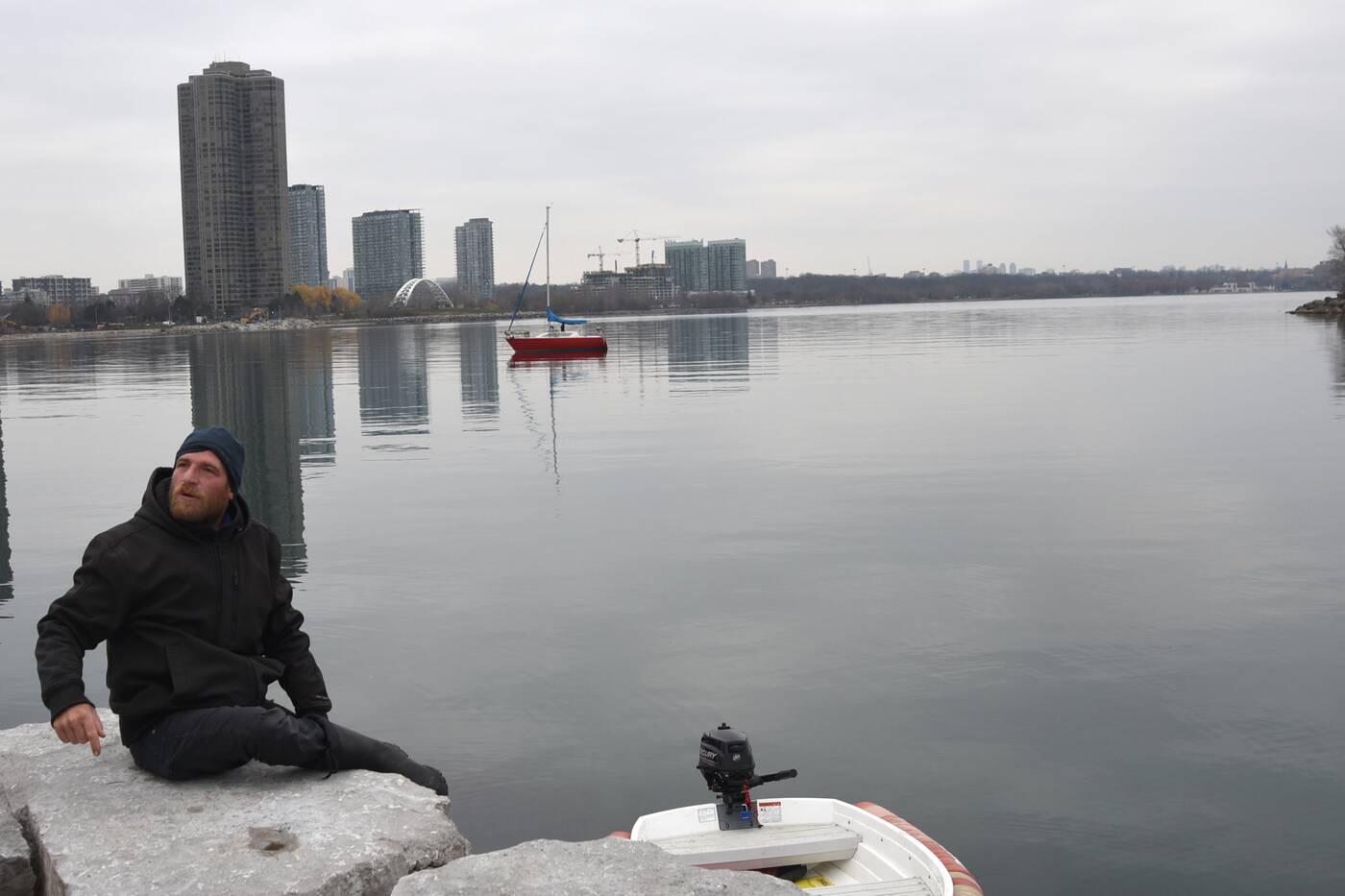 Tate Hill has spent much of the spring and summer at Humber Bay near where he was born.

Now, as winter approaches, Hill needs to find a marina to dock the boat in. Humber Bay will freeze over, which would be dangerous for him.

There is also a GoFundMe set up to help Hill fund a marina spot for the boat. However, though he told blogTO he was at a marina in Durham Region before coming to the bay, Hill said he is having trouble finding a marina that will accept him now. Unfortunately, he has been rejected by most of the marinas around the GTA.

"We have to get him into a marina," said Clifford. "It is going to get very dangerous for him."

He added that it won't take long for the ice to breach the fiberglass hull. 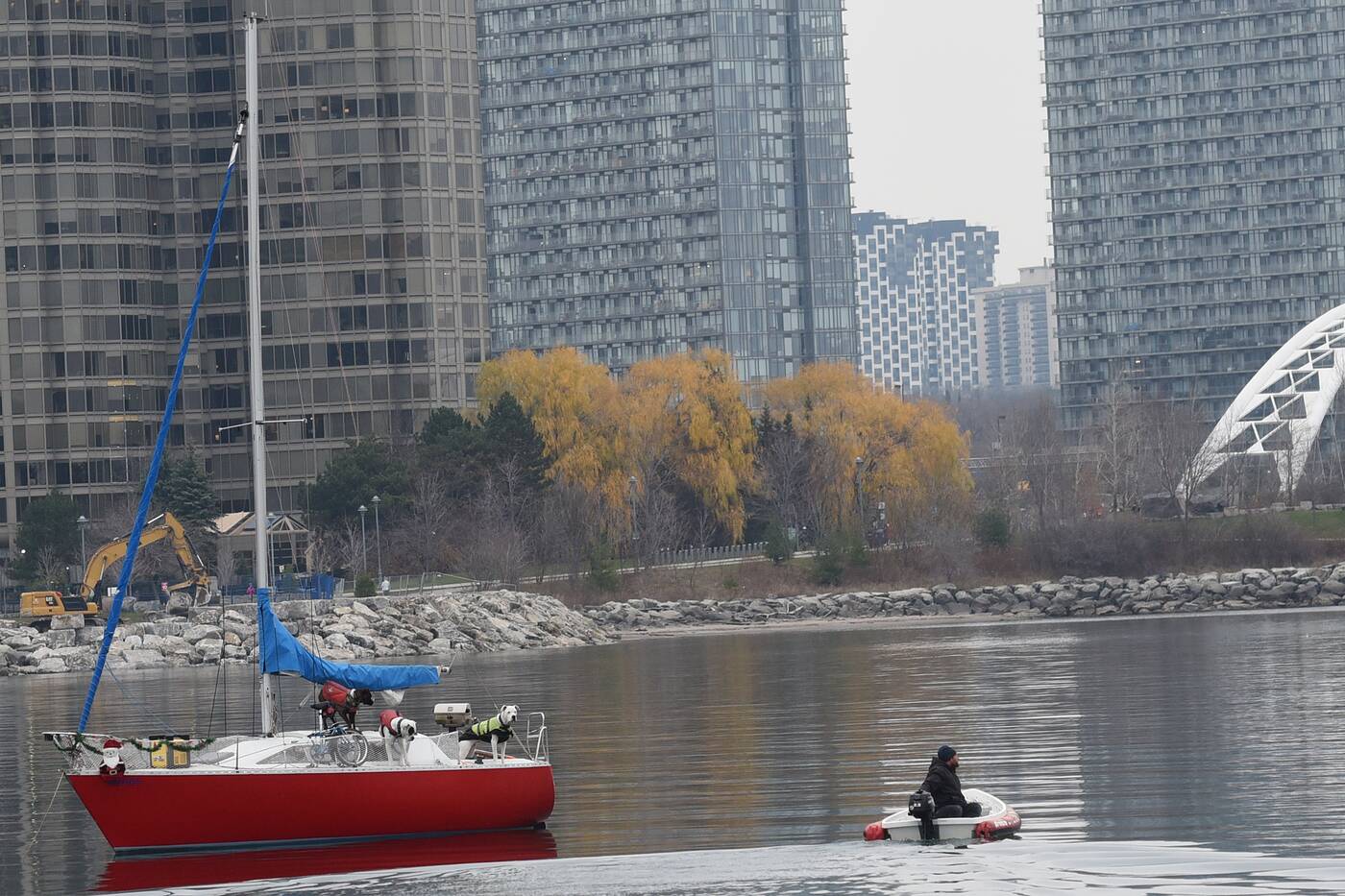 Tate Hill needs a place to dock his boat for the winter.

The people in the Humber Bay Shores Facebook group are looking for a place for him to dock, but haven't had any luck yet.

He added: "We have got thousands of dollars raised for him, his boat in great shape. The generosity is just incredible."

Hill said he is grateful for all the support and good energy around him right now.

"It is the best feeling in my life," Hill said.