One of Toronto's ugliest streets is getting a total makeover

Toronto's very own George Street is officially getting a much-needed makeover.

On Thursday, the city announced the launch of the George Street Revitalization project which will see the street's northernmost block — between Dundas Street East and Gerrard Street East — completely reinvented.

"The George Street Revitalization project when complete will house important services supporting some of our city's most at-risk communities with new shelter beds, long-term care facilities and community services in a world-class facility in the city's downtown east," Mayor John Tory said in a news release.

According to the city, part of this project entails transforming the Seaton House men's shelter into a shared facility. 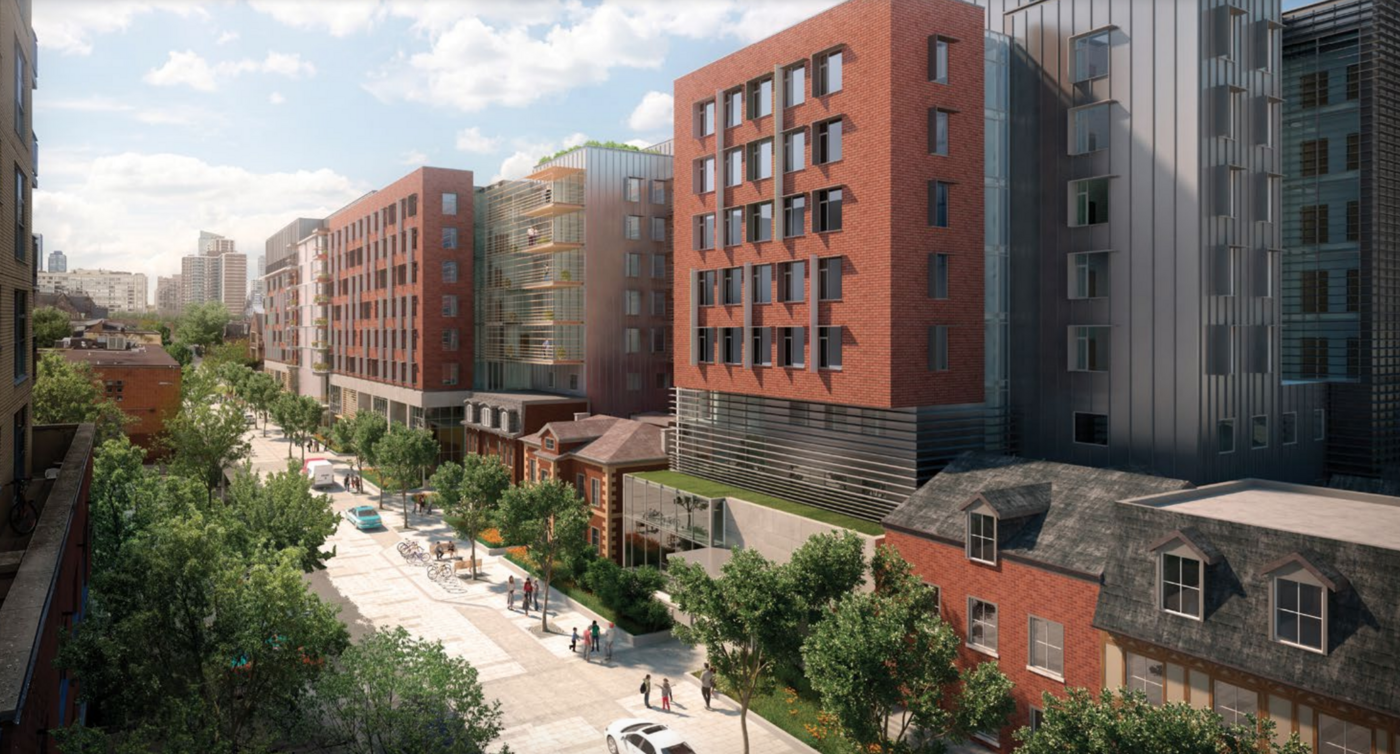 A rendering of George Street, looking north. Image via City of Toronto.

Besides this, there will also be a long-term care home with 378 beds, 21 units of affordable housing, and a community service hub for clients as well as residents of the surrounding neighbourhood.

The project will result in a long-term care home, a transitional living facility, an emergency shelter, affordable housing, and a community hub serving residents of the site and the local neighbourhood. More info: https://t.co/sHfdICYGE8

Another feature of the upcoming makeover includes "sidewalk and streetscape improvements" that are supposed to link Moss Park to Allan Gardens and "reinforce the identity of the Garden District where the revitalization site is located."

"I am thrilled that the next phase of the George Street Revitalization project is launching. A key component of the Downtown East Action Plan, this project will be the catalyst for a more safe and vibrant community for all in the heart of the historic Garden District," Toronto Centre councillor Kristyn Wong-Tam added in the release.

"I am pleased that services in the area, such as the Seaton House men's shelter will be transformed into a shared living facility with specialized care, including public art and an inclusive community hub."

Those currently relying on the Seaton House, which is expected to be fully decommissioned by July 2022, will be moved to alternate locations including Scarborough Village Residence at 3306 Kingston Road and Junction Place at 731 Runnymede Road.

A proposal to improve the often problematic street was approved back in 2013. A Request For Qualification to identify project teams that have the required design and construction capability and experience was issued on Thursday.