New images of the slick, Bombardier-built trains set to run along Toronto's forthcoming Line 5 (aka the Eglinton Crosstown LRT) reveal what Metrolinx has meant over the past few years when talking about "coupled" vehicles.

The provincial transit agency noted in a tweet on Monday morning that it had just "started testing coupled trains in both the EMSF yard and on the test track."

"This is the configuration they'll run in upon the opening of the line!" read the update, as posted to the Crosstown project's own dedicated Twitter account.

As it turns out, the coupled Bombardier Flexity Freedom LRVs look a lot like the conjoined TTC LRVs that run together across Toronto. 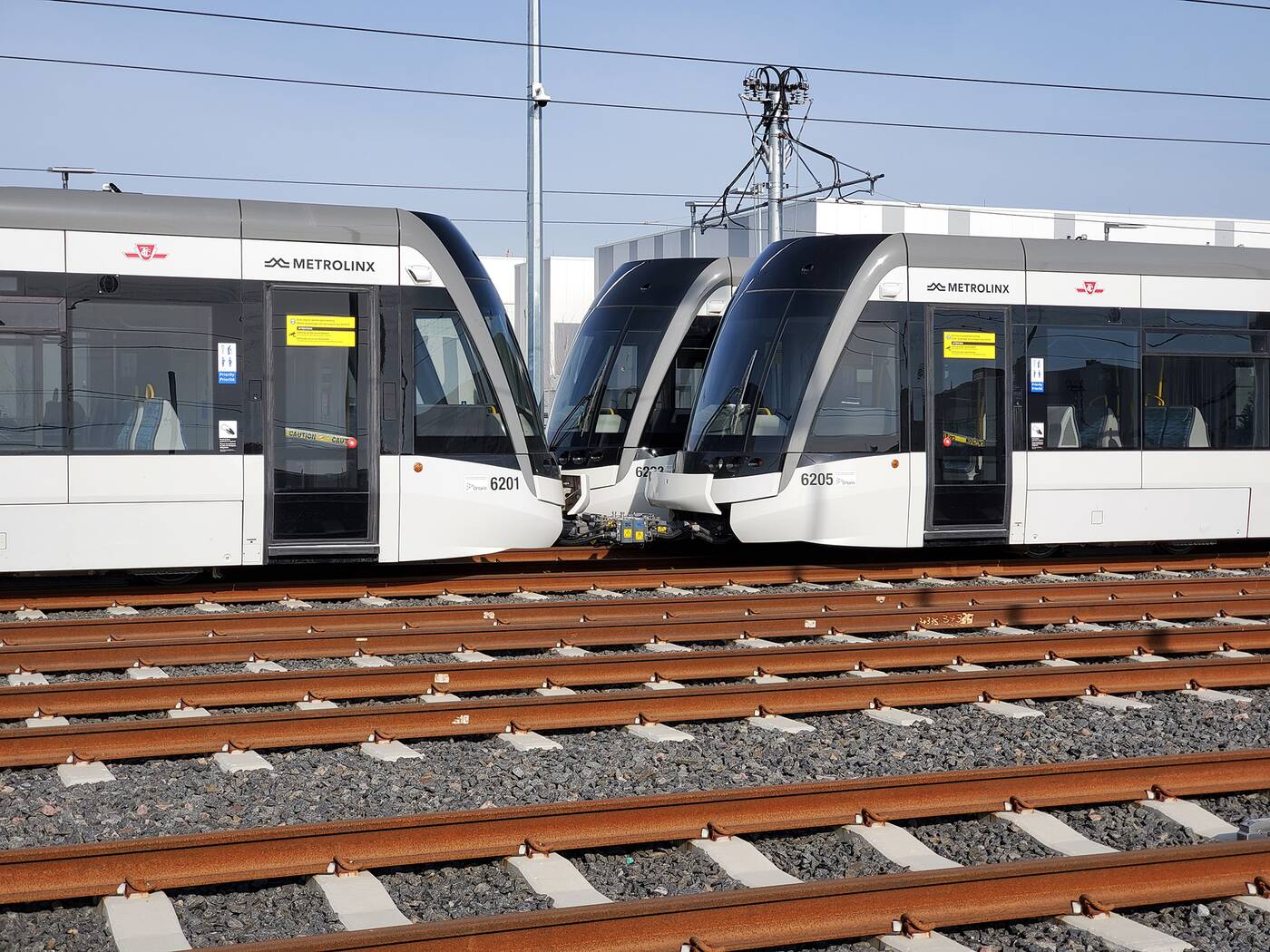 These two-car trains will allow twice as many passengers to travel laterally across the city in one trip, hitting all 25 stops on the new, 19-kilometre-long Eglinton Crosstown line.

Wider and faster than the TTC's own (notoriously slow-to-arrive) Bombardier streetcars, the Crosstown trains lack only in colour... though some people do prefer the classy black-and-white to the cheerier TTC red.

People have been debating this since the vehicles first started arriving in Toronto from Bombardier's Kingston manufacturing plant nearly two years ago.

What can't be argued, though, is that Toronto's transit system is in definite need of relief from overcrowding, and that these big trains — 76 of which will eventually run between Mount Dennis and Kennedy Stations, all of them operated remotely via Automatic Train Control (ATC) technology — will help. 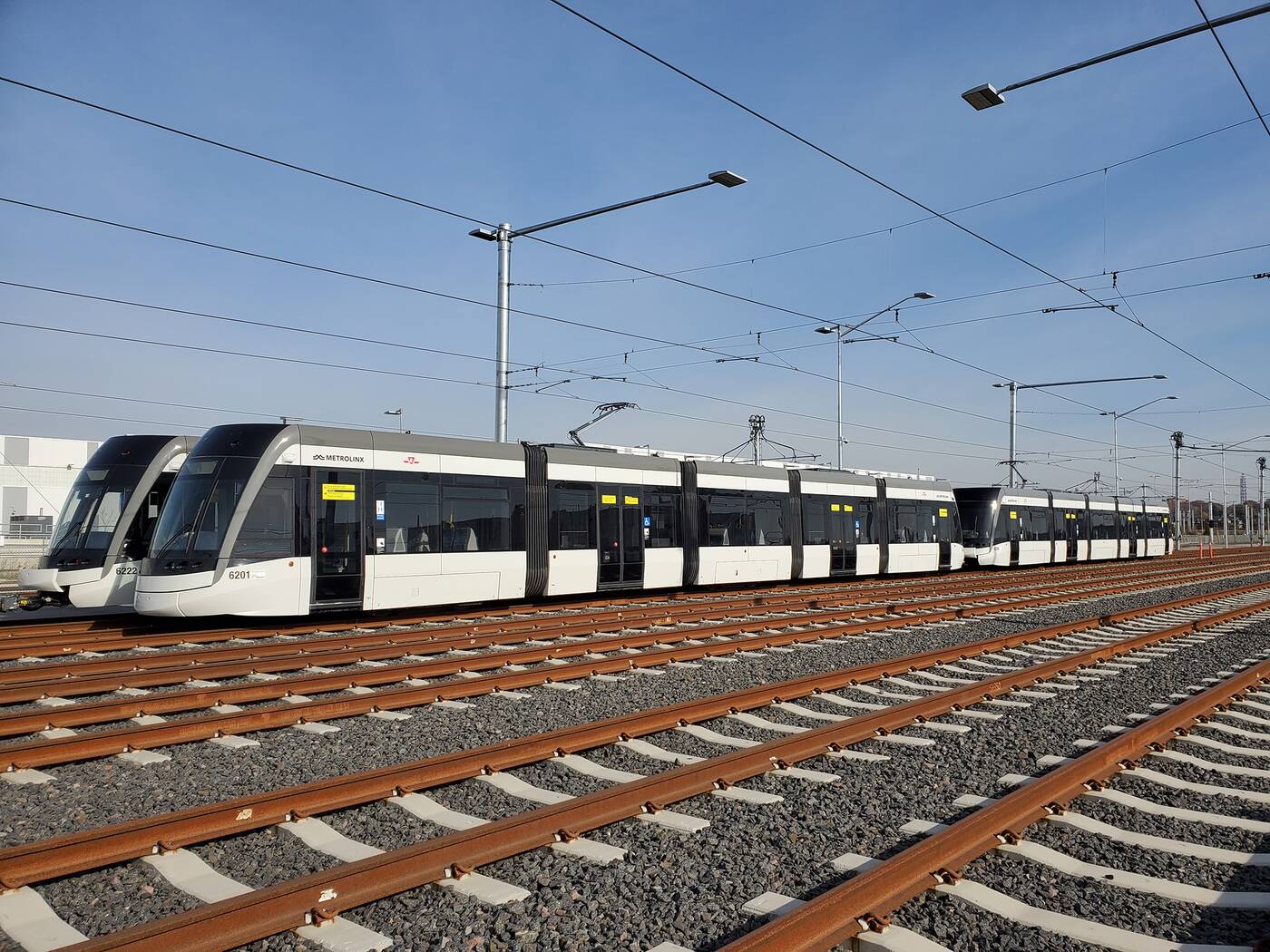 We're still a ways out from enjoying the new Eglinton Crosstown LRT, but the vehicles that will run along it are looking good. Image via Metrolinx.

While it's always nice to see evidence of progress on the $5.3 billion transit project, work on which started nearly a decade ago in 2011, I'd temper any hopes of an imminent launch.

Metrolinx has already pushed back the line's opening date several times, most recently from September of 2021 to "well into 2022."

The delay has been blamed, at least in part, on Crosslinx Transit Solutions (CTS) — the consortium of contractors chosen by Infrastructure Ontario to build the new line.

CTS, meanwhile, has filed its own lawsuit against Metrolinx seeking more time to complete the work, as well as more money.

Until all of this is resolved and the line is finally complete, local businesses, communities and traffic will continue to be negatively impacted by the ongoing construction.