Work appears to be humming along on plans for a newly-renovated and significantly expanded Bloor-Yonge TTC subway station.

It won't be quick, it won't be easy, and it certainly won't be cheap — the current estimate is $1.5 billion — but if all goes well, the project is expected to significantly alleviate congestion within Toronto's busiest transit station, as well as increase capacity on both Line 2 and Line 1.

We've known for some time that the Toronto Transit Commission has its sights set on expanding Bloor-Yonge, but a report adopted during a TTC Board meeting yesterday just gave us a first look at schematic plans for the hub. 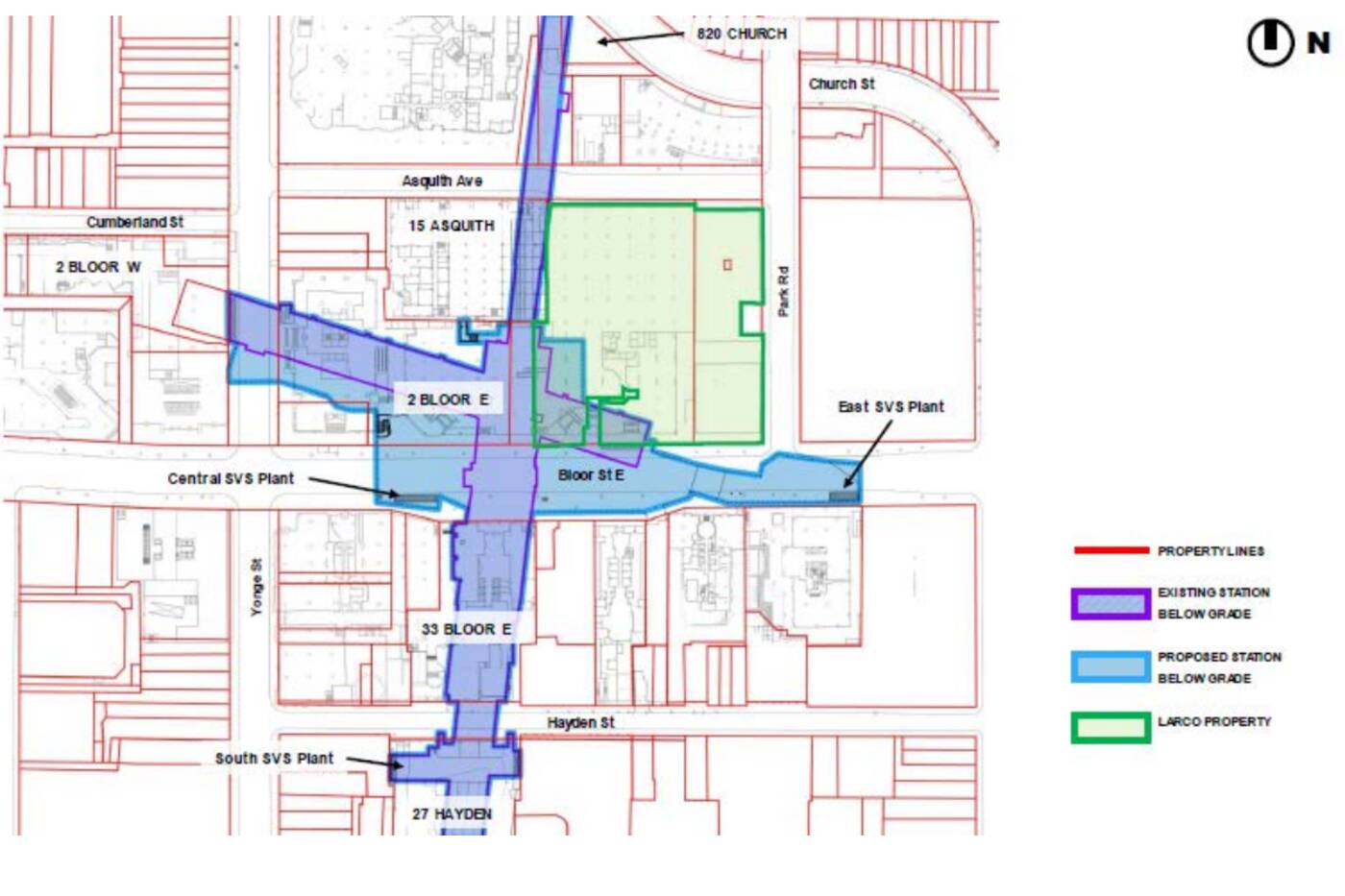 "The Bloor-Yonge Capacity Improvement project ('BYCI') is a critical component of addressing capacity constraints on Line 1," reads the report from TTC Chief Capital Officer Gary Downie to the board.

"The projected growth in the City of Toronto and surrounding jurisdictions, planned transit expansion programs as well as the expected higher density in the area will impact Bloor-Yonge Station."

Downie goes on to outline the key issues surrounding the busy subway station prior to the COVID-19 pandemic. Overcrowding on the Line 1 and Line 2 platforms, congested vertical circulation during rush hour, poor passenger distribution, congestion and queuing that leads to an "increase in dwell time for trains," among them.

"Post COVID projected ridership growth will increase the current deficiencies in station performance," reads the report. "Even with the implementation of the Ontario Line, capacity improvement is required before the Line 1 extension to Richmond Hill is in service." 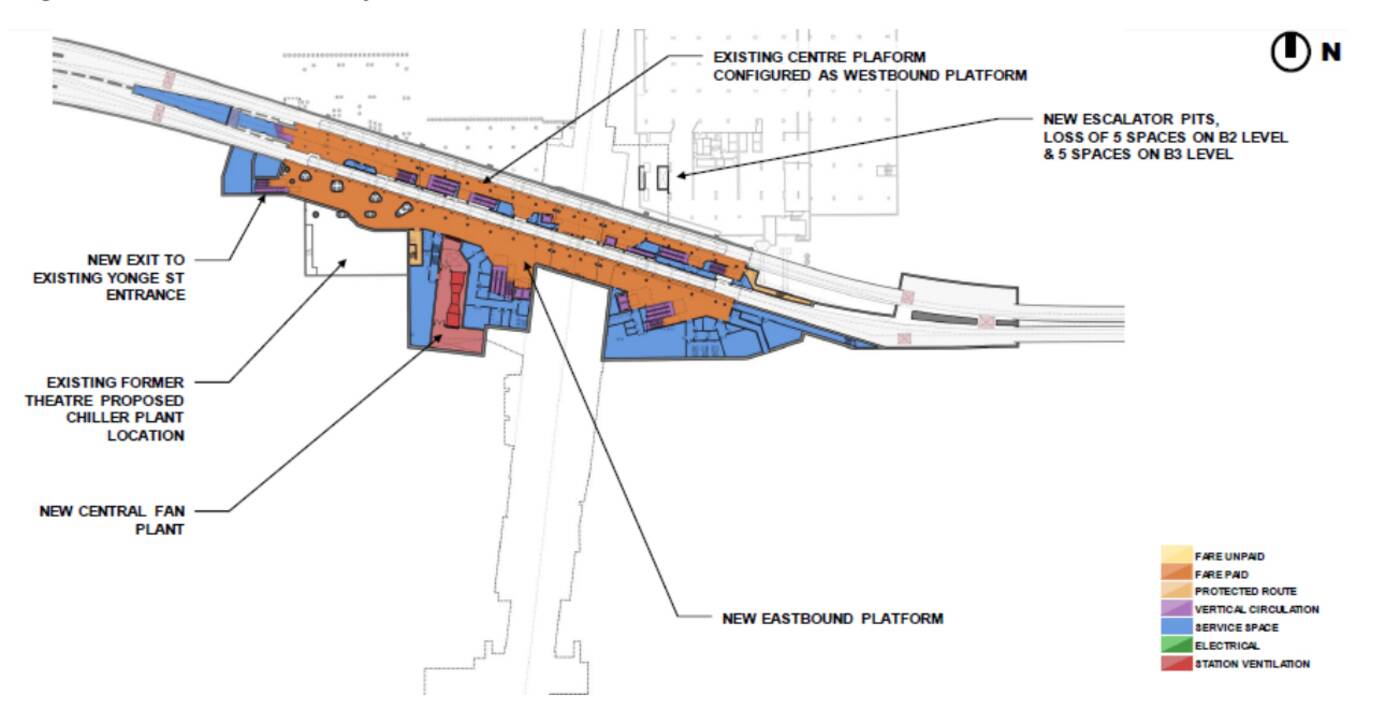 Downie's team recommends a whole host of modifications to address these issues, including a new second eastbound platform for Line 2 and the expansion of northbound and southbound platforms on Line 1 at Bloor-Yonge Station.

Also included in the scope of the project is a new electrical substation, new entrances and fare lines, new escalators, elevators, stairs, and all "associated utilities and finishes."

While the improvement of Bloor-Yonge has been deemed a priority project by all three levels of government, the exact breakdown of how funds will be distributed remains unclear. At least $500 million was approved by City Council in February as part of the TTC's 10-year Capital Plan.

"This allows the TTC to begin work while awaiting the balance from the provincial and federal funding partners," notes the report. "The BYCI project is progressing towards Stage Gate 3 which will establish the baseline project performance criteria including scope, cost, schedule, risk, packaging, procurement method and updated business case."

The majority of Bloor-Yonge Station will be expanded at 2 Bloor St. E., according to the TTC. Discussions with adjacent property owners and developers began in 2019 and are continuing as specifics are worked out. 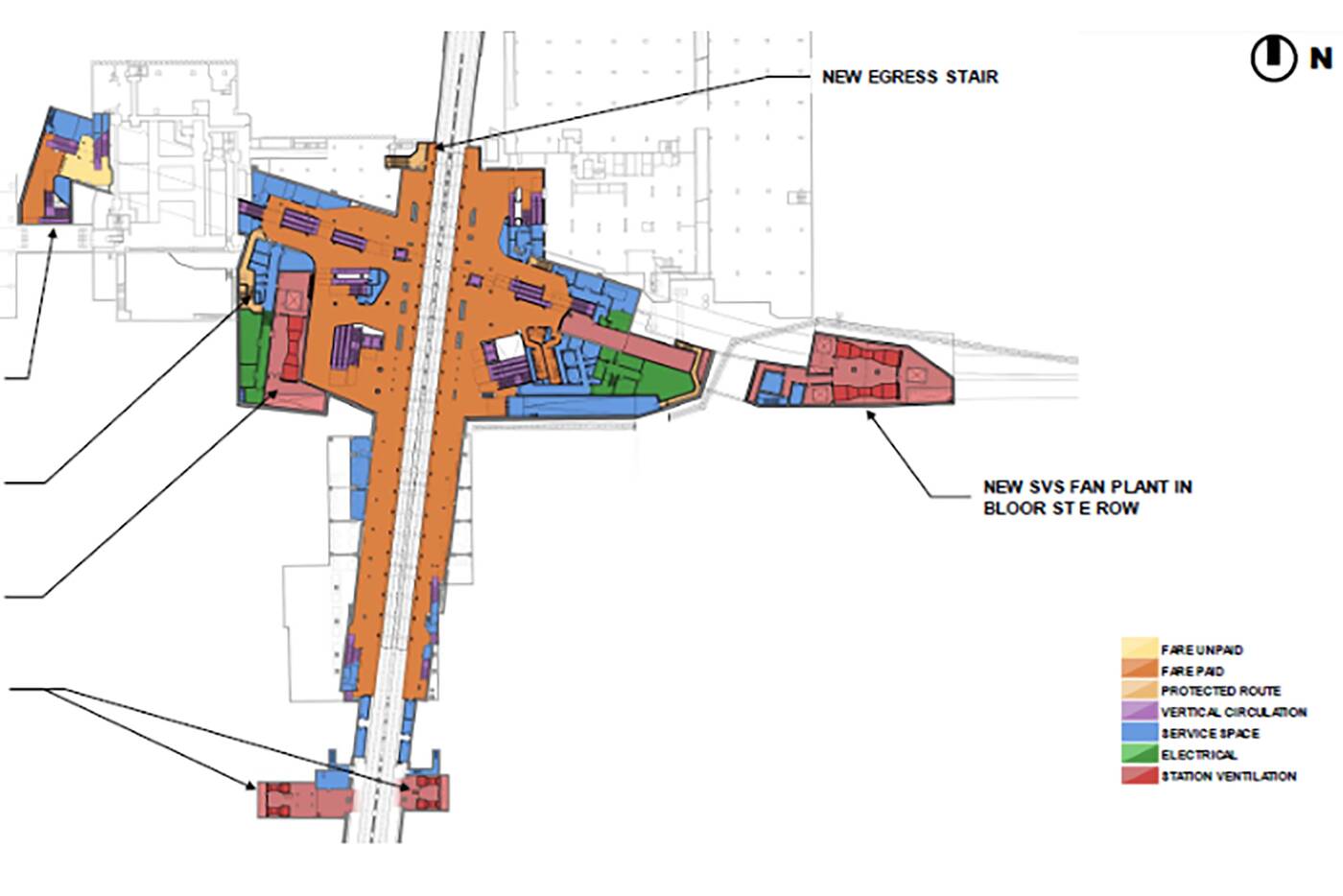 With so many different sites and parties involved — not to mention the fact that Bloor-Yonge station must remain open throughout contsruction — it's safe to say things could get complicated here.

In fact, as Toronto City Councillor Shelly Carroll pointed out during yesterday's TTC Board meeting, the Bloor-Yonge renovation project could be on par with that of Union Station in terms of its complexity.

Nevertheless, with Toronto's population booming and expected to further explode over the next few decades, this subway expansion is critical to the future of public transit in our city.

Early construction work is expected to begin on the project in 2022, with "primary works" to follow in 2024. If all goes well, the new Line 2 platform will open in 2029 "before the Line 1 extension by Metrolinx/Infrastructure Ontario."

For the record, Union Station was initially scheduled to be complete by 2015. Work on what must be the longest renovation project in Toronto history continues to this day.