A horrifiying amount of junk was cleared out of Toronto's ravines this past weekend, thanks to the hard work of more than 100 volunteers.

More than 2,000 plastic water bottles, 200 bags of who-knows-what, and odd items like a dishwasher were removed from the forested areas around Thorncliffe Park in the span of just two hours.

Don't Mess with the Don, which aims to keep the ravines surrounding the Don River clear of garbage, ran the physically-distanced volunteer pop-up event on Sunday.

Aside from the usual bike parts and shopping carts, cleaners found 2 barbeques, chairs, a mattress, a bird cage, and bags-worth of "everything you can possibly think of." Gross. 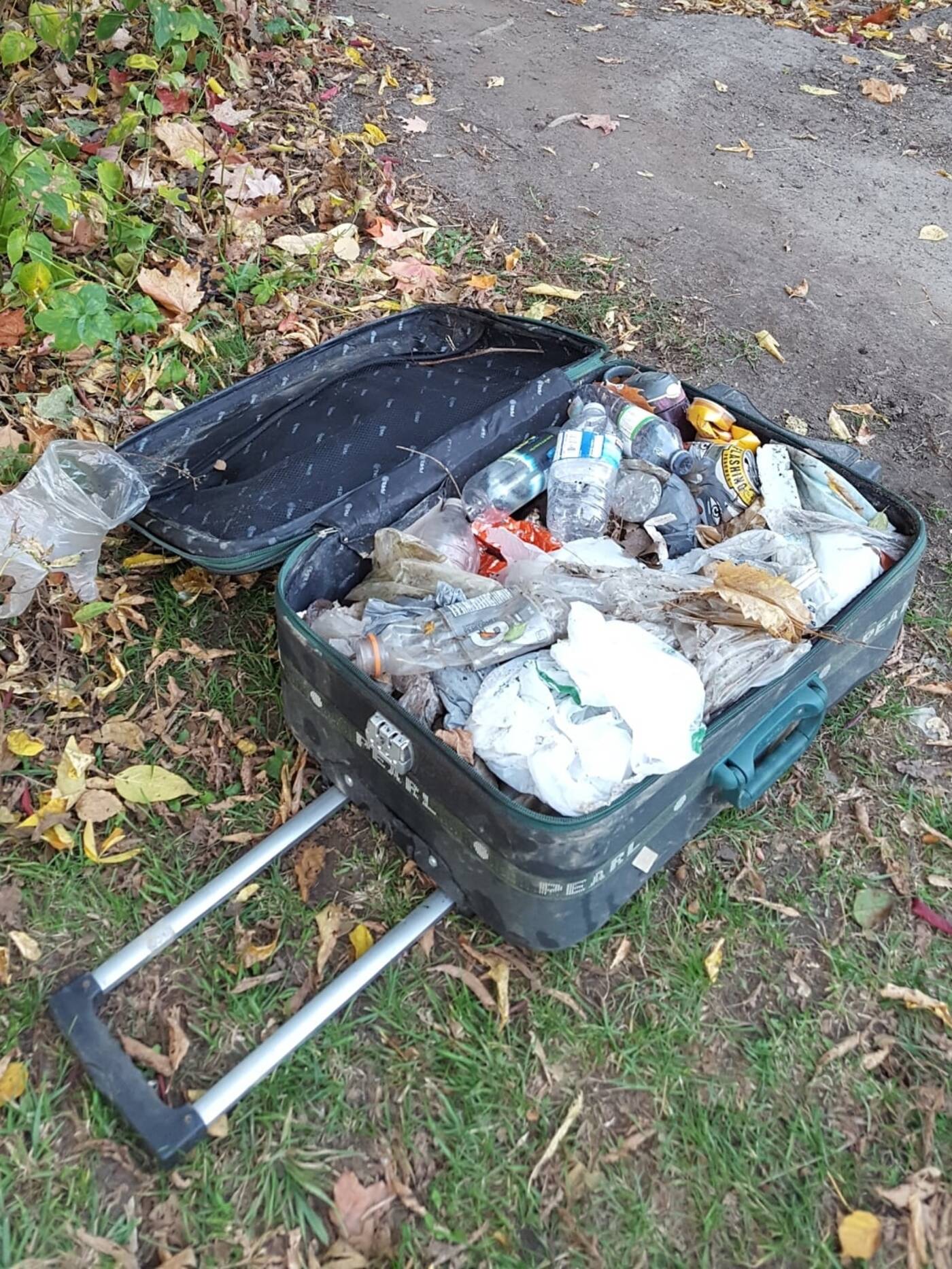 Unsurprisingly, the most visible culprit was single-use plastic water bottles, which are only behind cigarette butts as one of the most pervasive pieces of trash found on our shorelines.

Plastic water bottles are made from polyethylene terephthalate, which don't break down and generally get turned into fibres that make up things like carpet and sweaters — but only if they're collected and recycled appropriately.

Otherwise, they end up all over the place. Like cigarette butts, leftover plastic can have a huge impact on wildlife, says Ontario Parks.

Don't Mess with the Don, which has been around since 2017, has been running weekly pop-up clean ups with physically-distanced groups to pick up garbage from the Don Valley.

Events appear to be slowing down due to the pandemic and colder weather, but if Canada's plan to ban single-use plastics by 2021 is still 0n track, there might be a future where we won't have to clear the Don of plastics anymore, period.

Don't Mess with the Don