People who ride Segways: They're not all Silicon Valley dorks!

One such self-balancing personal transportation device owner is being hailed today as a shining example of Toronto at its finest after saving a raccoon from becoming roadkill.

The unidentified wildlife whisperer and his brave actions were caught on camera Tuesday morning around 10:30 a.m. near Keele and Dundas.

A man on a segway was spotted on the move in Toronto with a raccoon in hand - 📹 Colin Whyte https://t.co/GL91OoKXLG #Toronto #TorontoRaccoon #Raccoon pic.twitter.com/K4ql7EnISP

In a subsequent Instagram Stories post, Whyte confirmed that the raccoon was very much alive when it was picked up, contrary to suggestions that the Segway rider took it home to eat.

You see, the clip only shows the man carrying a raccoon by the scruff of its neck before jumping onto a Segway and driving off with it through a parking lot.

Reaction among viewers has pretty much been a mix of "wtf?" and "omg" but, upon hearing the story behind the clip, most people would give the subject a standing ovation for his actions. 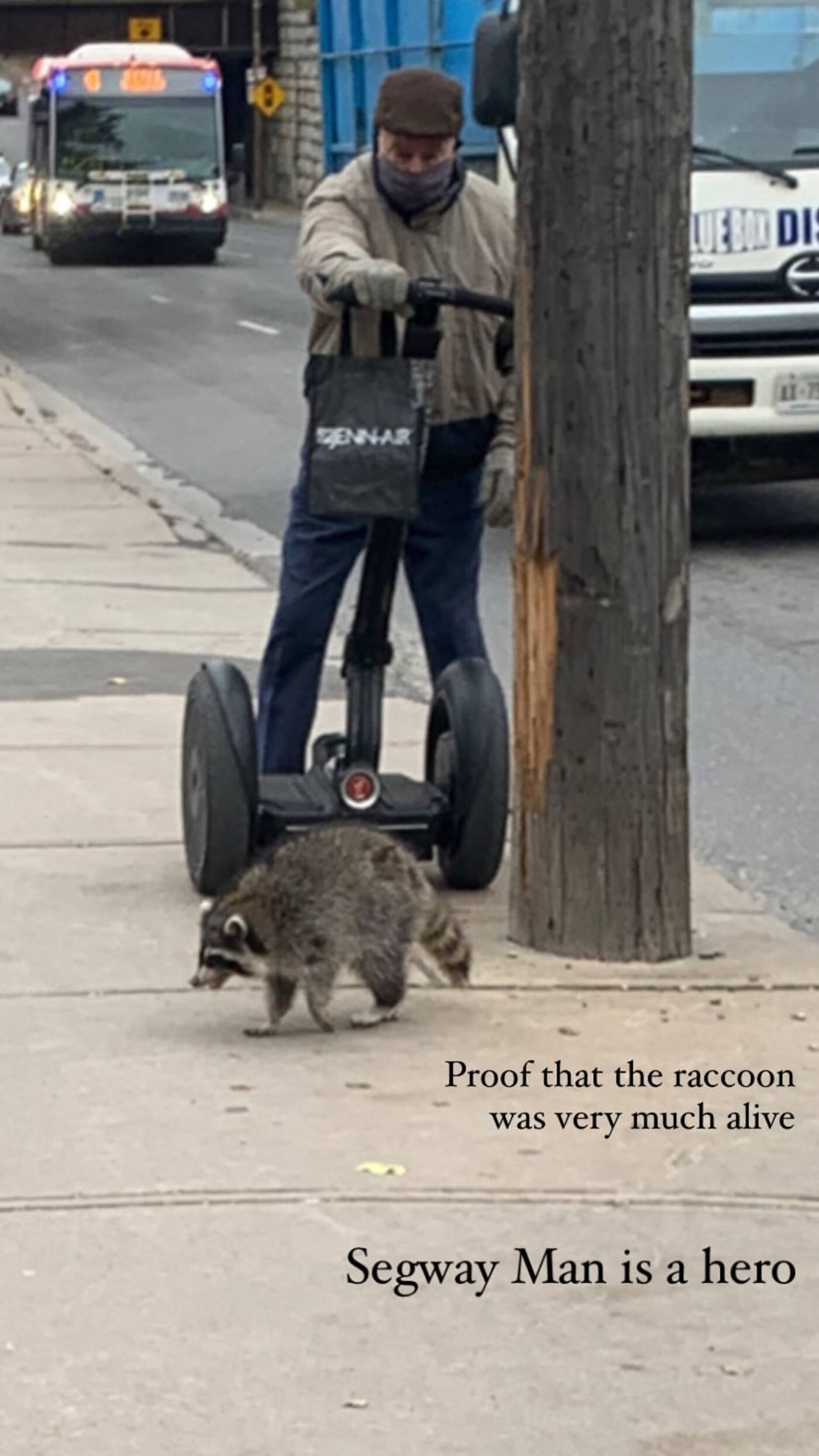 "I saw this raccoon wandering around dangerously close to heavy traffic. Segway Man then swooped in and saved the raccoon from danger," said Whyte to blogTO on Wednesday.

"After I stopped recording, I saw Segway Man bring the raccoon to the edge of the parking lot where there were bushes and trees."

The identity of the man who rescued the raccoon remains a mystery, but suffice to say he's had some experience wrangling animals. Either that or he has no idea how feisty those little garbage addicts can be.

Regardless, his actions are unifying the people of Toronto today, and for that, he should get an award... after a rabies shot.