Lambton Woods is home to trails through Toronto's most beautiful forest

Lambton Woods is a natural masterpiece in the works.

This 53-acre stretch of land has been undergoing maintenance for years, but even with its incomplete trails and the occasional appearance of city signs, these forests are some of the most beautiful natural landscapes the Carolinian Zone has to offer. 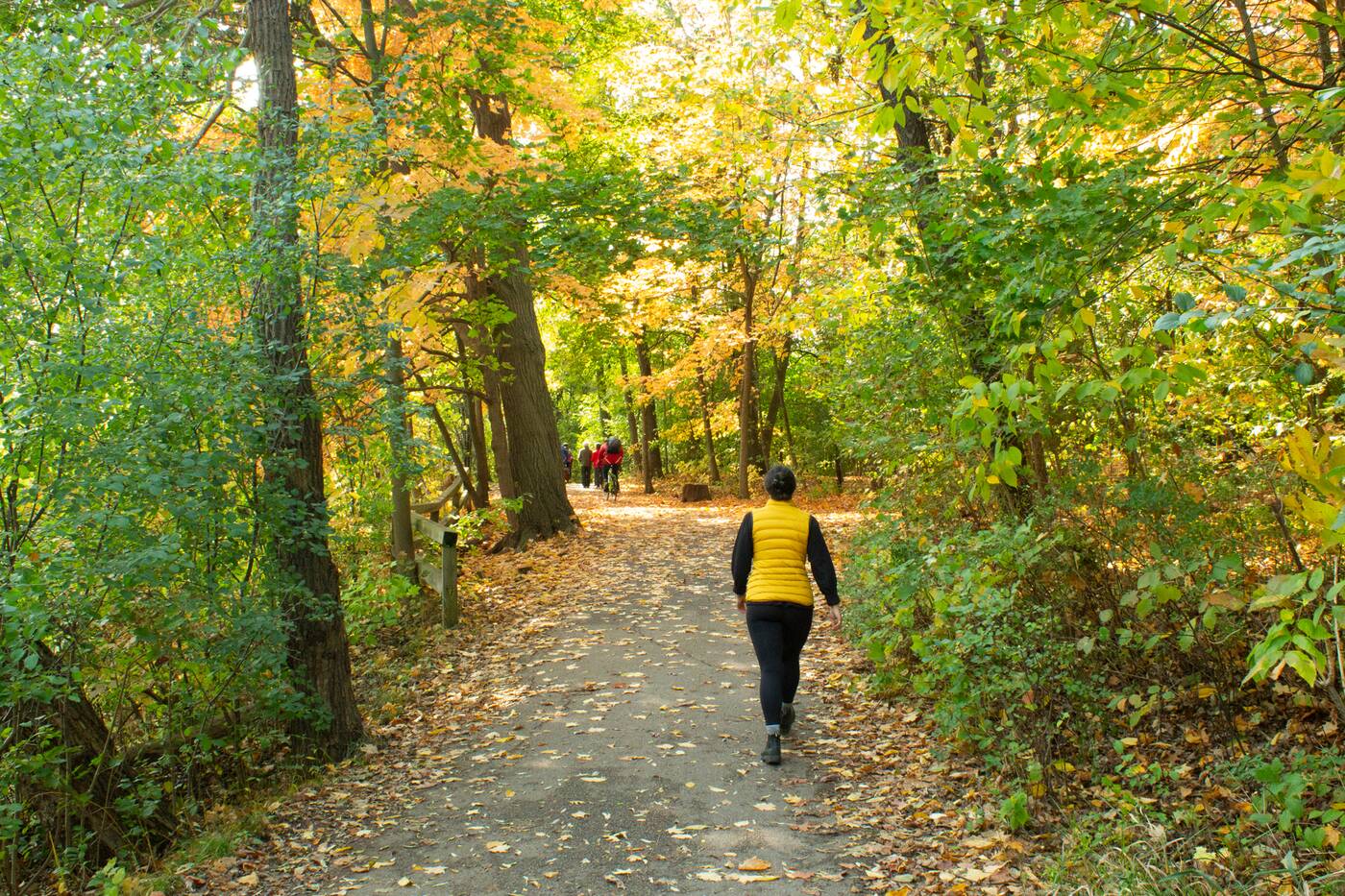 Steep valley slopes and forests of broadleaf trees such as maples and oaks make up this beautiful deciduous canopy. 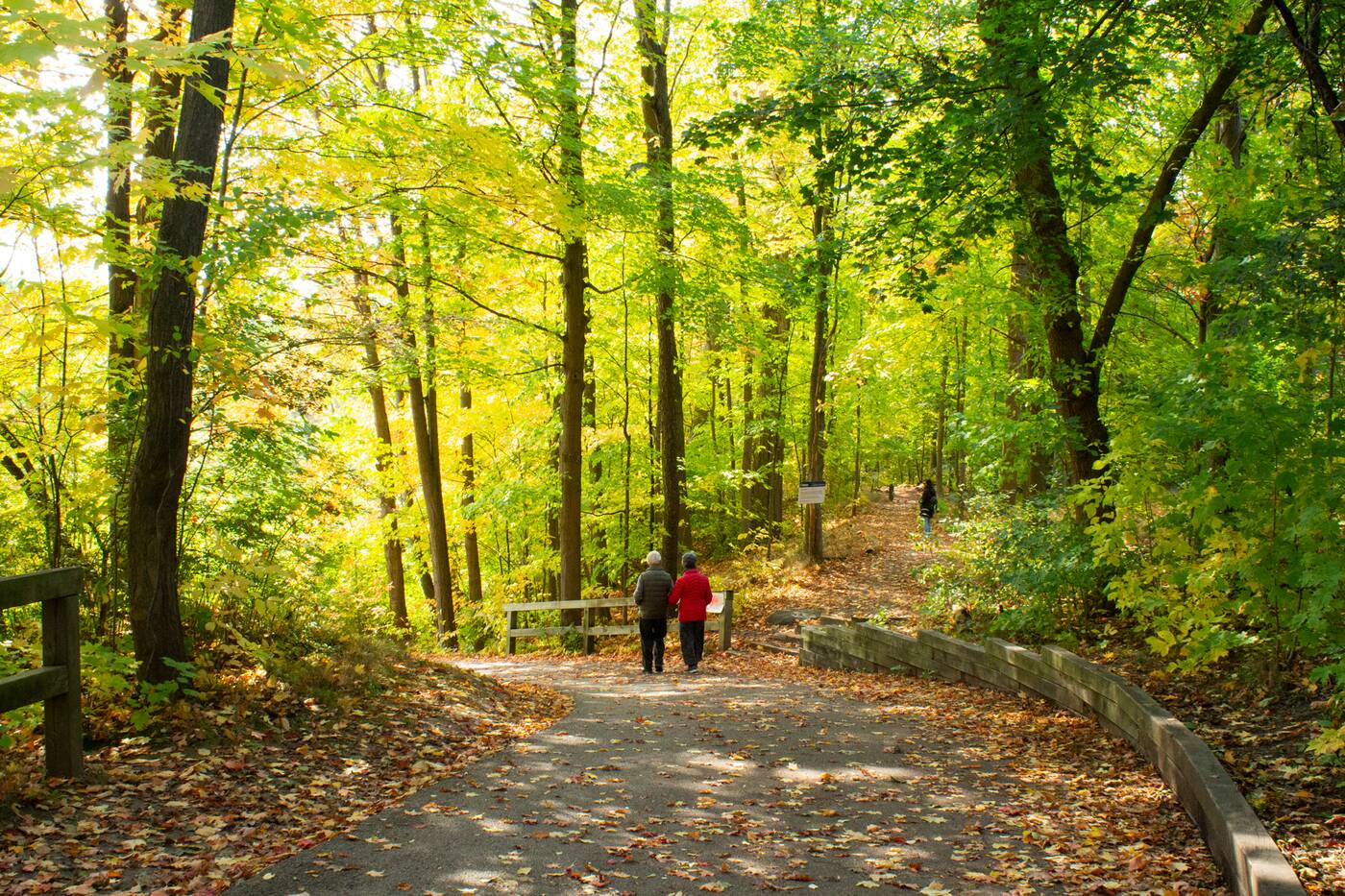 Designated an Environmentally Significant Area by the City of Toronto, Lambton Woods has seen some major changes over the years in an attempt to preserve this piece of land on the river's west bank. 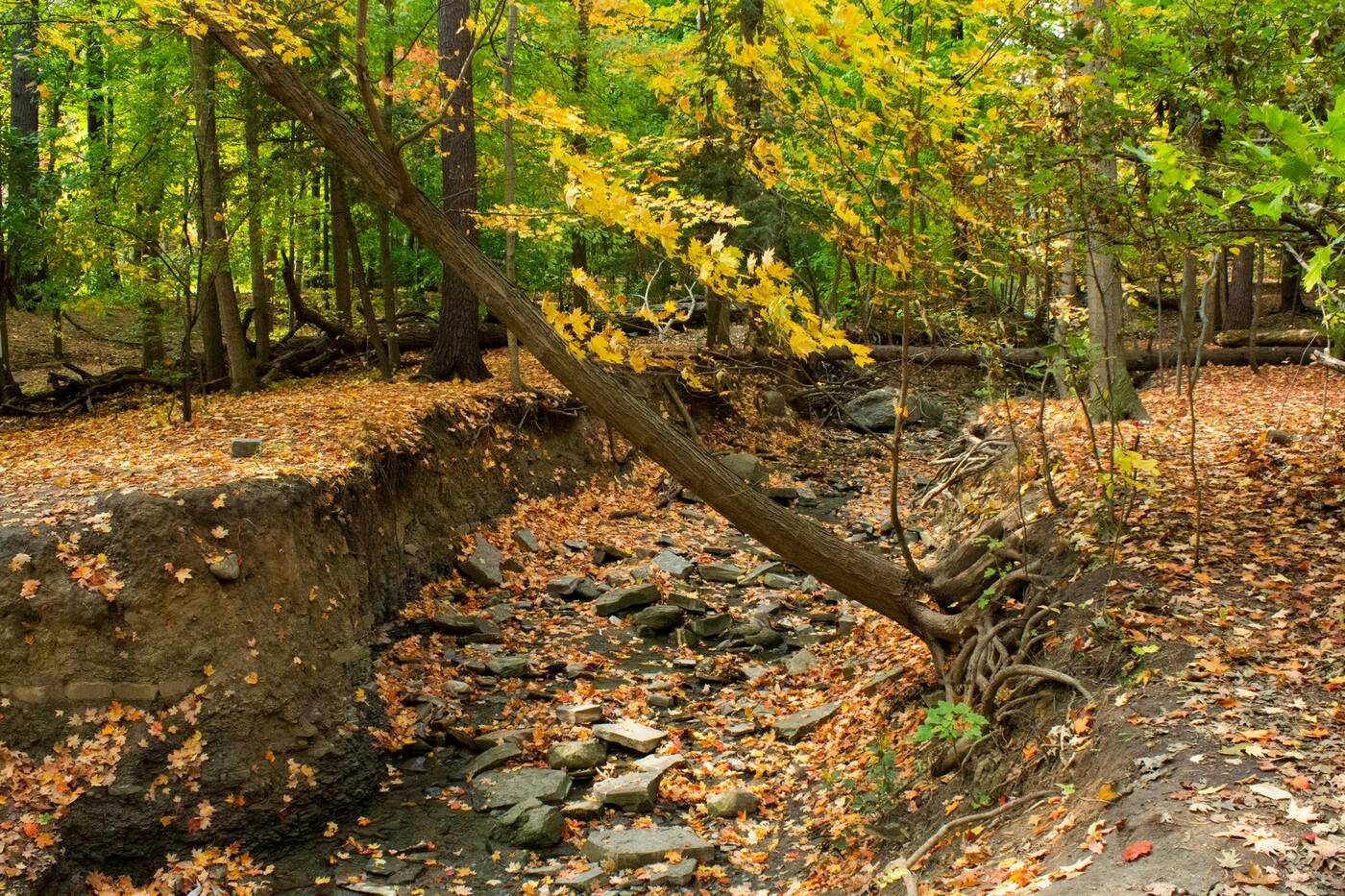 To tackle erosion, debris and a decaying boardwalk, log steps and several bridges have been removed, as has the gravel trail. In some cases, native plants have taken their place.

There are also several giant logs slated to be removed. In the meantime, they make for great places to park up and take in all that beautiful scenery. 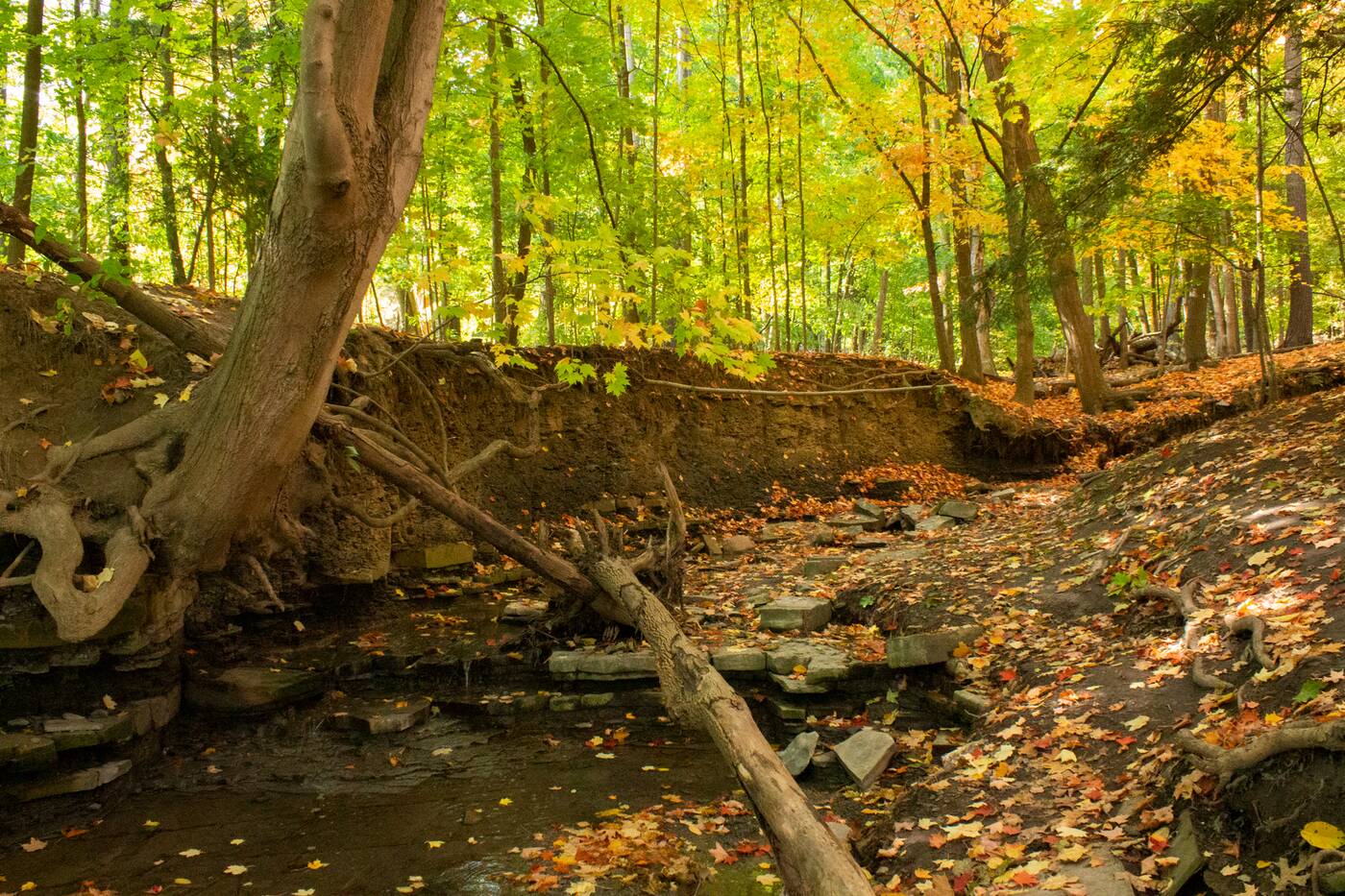 Today, it's a bit of a free-for-all, and caution is advised.

When you get off-trail, but beware of the boggy parts. Lambton sits on portions of a floodplain, open wetland, and is also the site of a large groundwater discharge area. 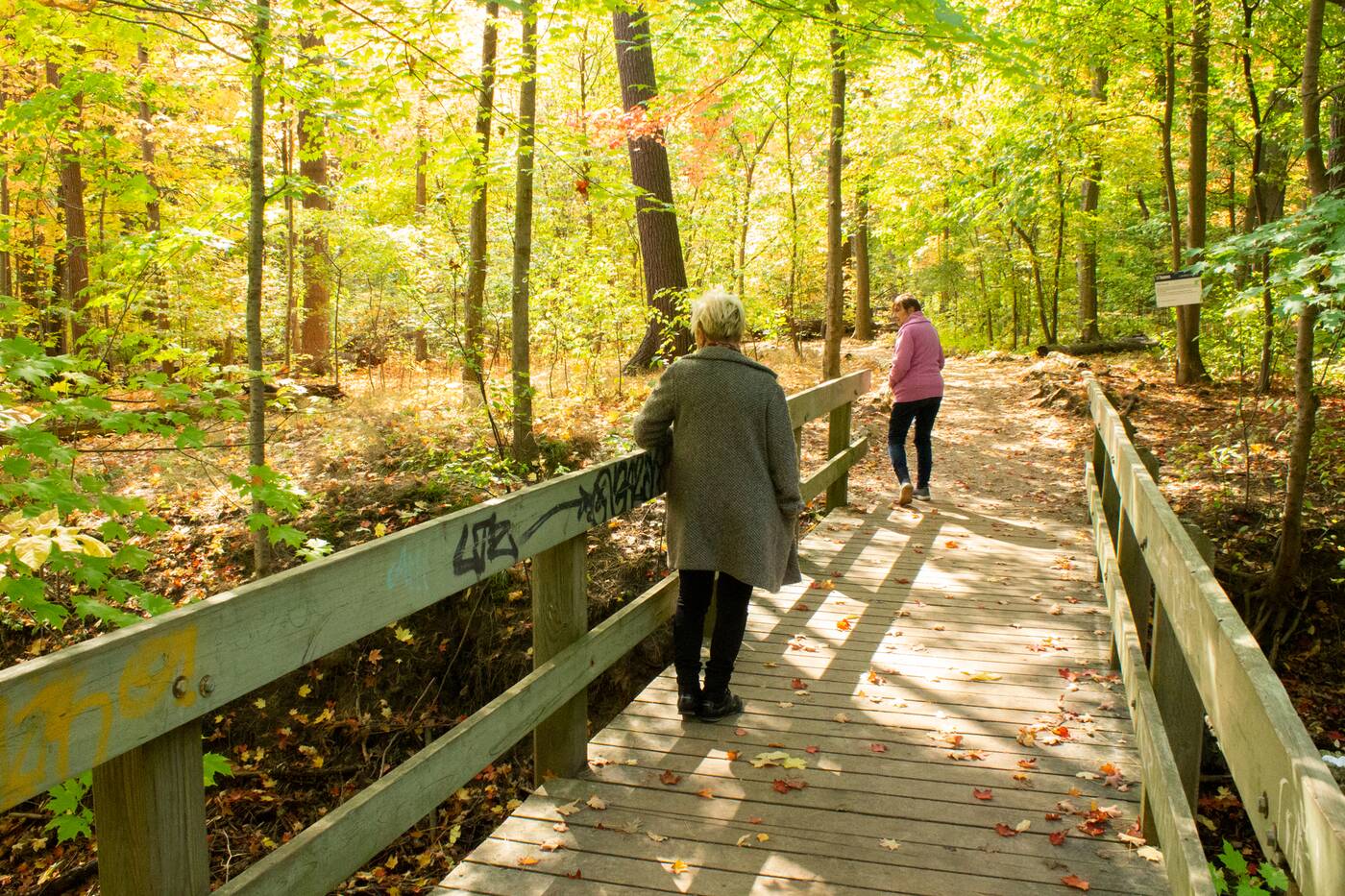 But where wet grounds might deter you (nothing that good boots can't fix), it's made up by the sheer beauty of this trail. Lambton Woods is also known for its population of migrating songbirds. 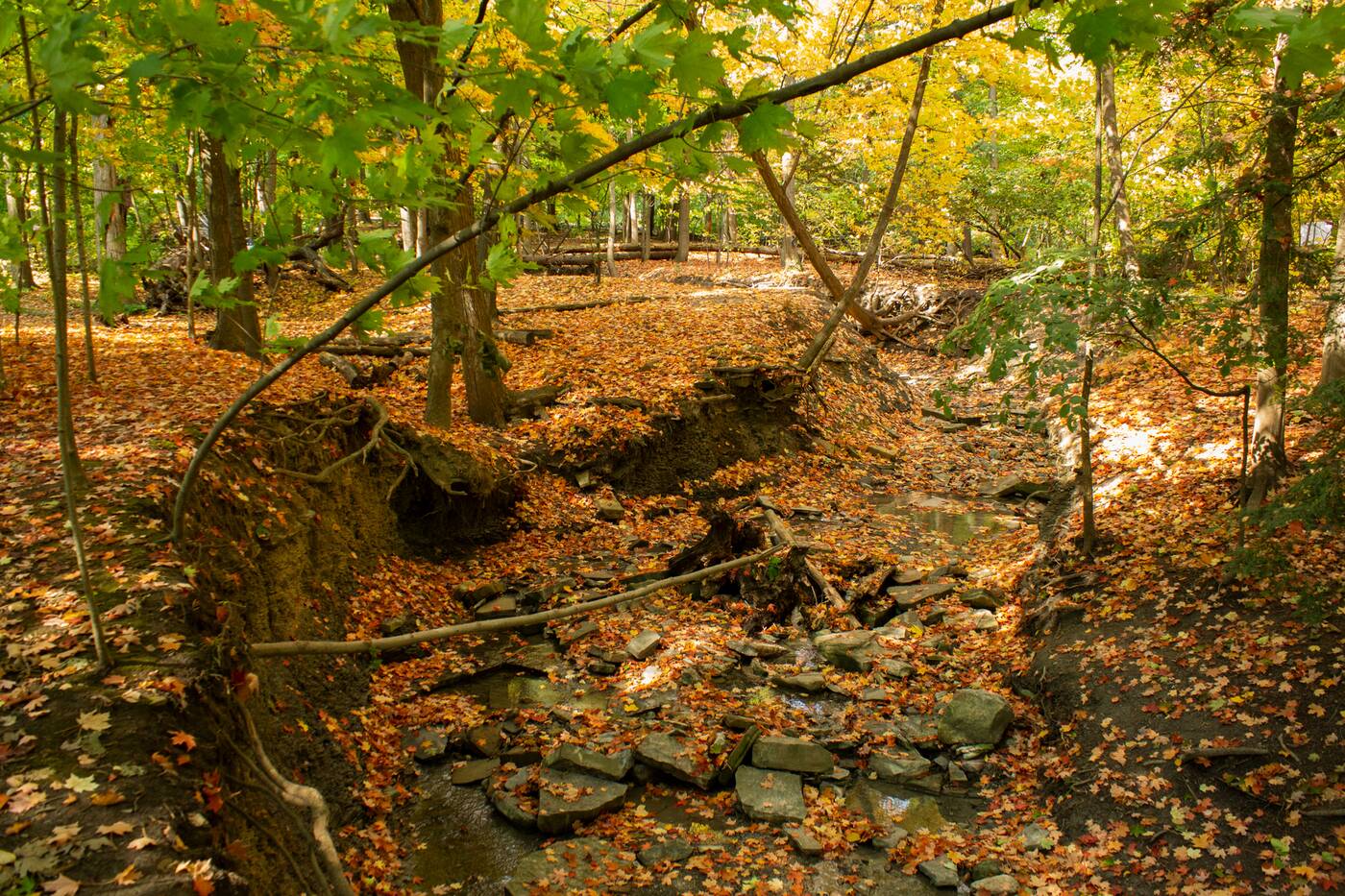 Expect it to get pretty busy on weekends with hikers, dog-walkers and bikers.

I recommend heading here on a weekday instead, and walking its entirety from the foot of James Garden down to just north of where the Humber River bends east. 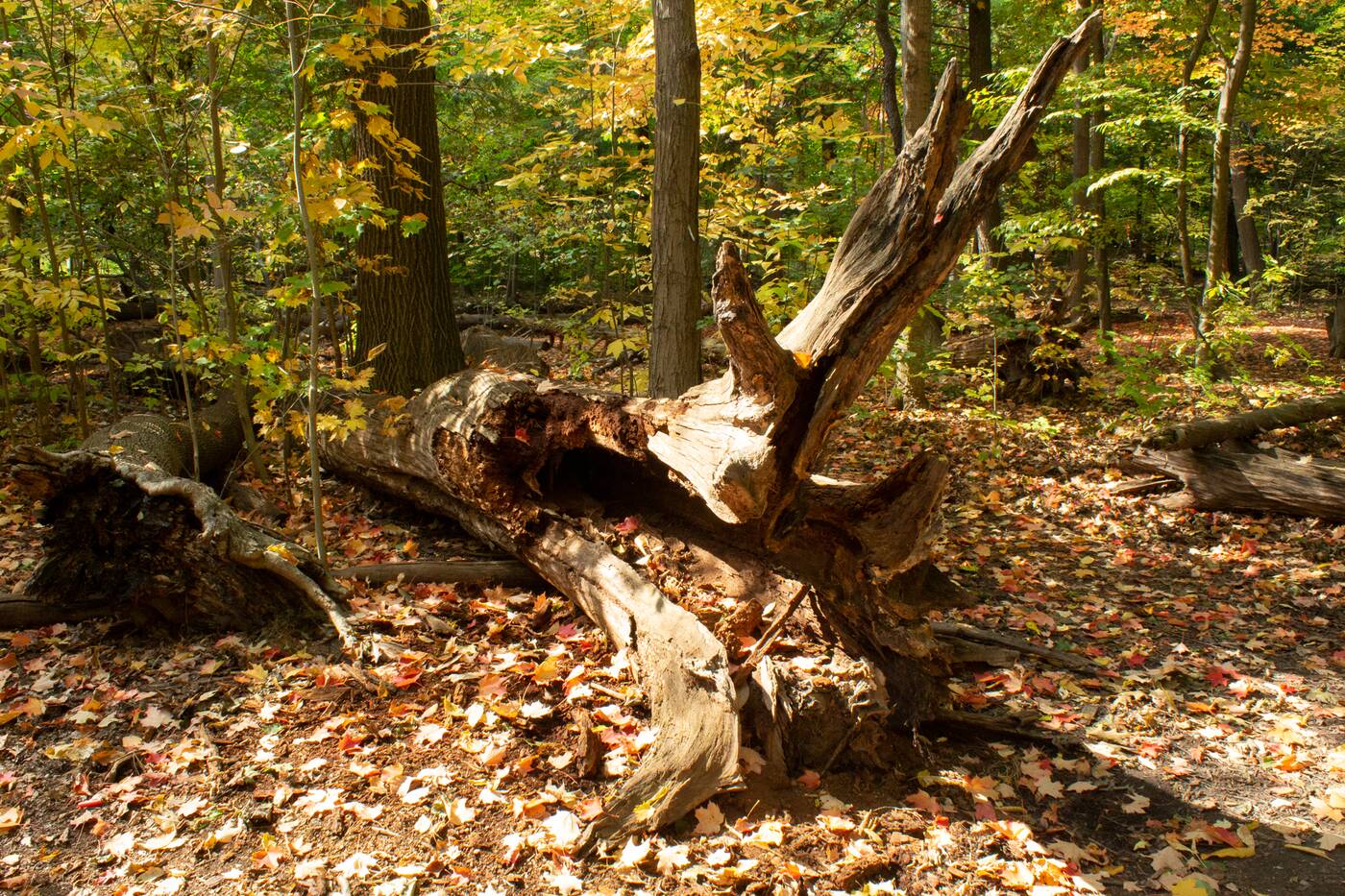