Just over one million Canadians fought in the Second World War. As the war pressed on, women were called to action on the home front. Many were sent to work in munitions plants across the country.

Scarborough was home to the GECO (General Engineering Company) munitions plant, whose employees filled fuses for the war effort.

Dressed all in white, with the chemicals from the shells staining their hair and fingers yellow, many women worked day and night to ensure that quotas were met. 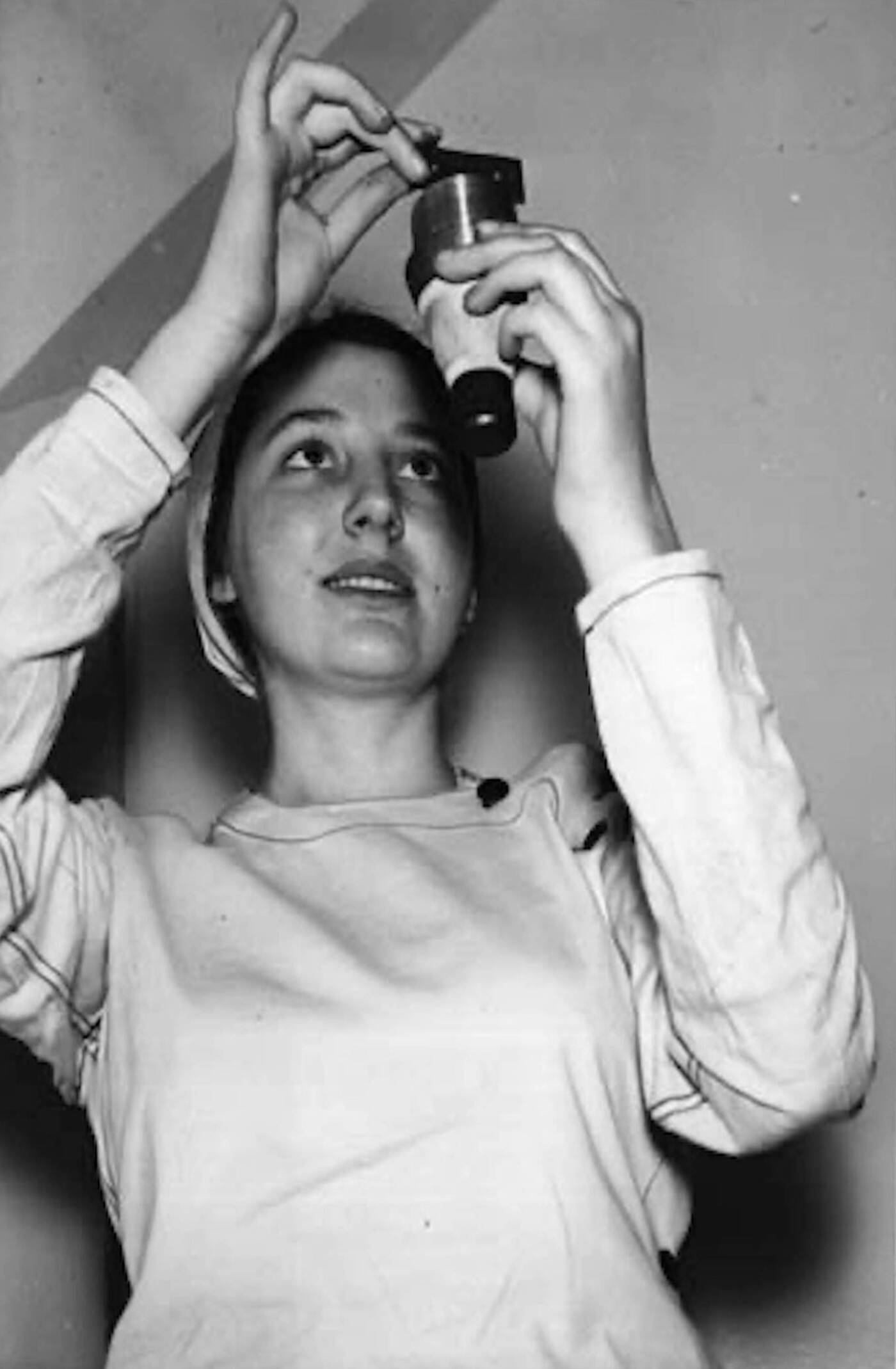 A woman measures munitions at the GECO plant. Photo courtesy of the Archives of Ontario.

Canada was under-prepared when war was declared in September of 1939; steep wartime production was the key to ensuring eventual victory over the Axis powers.

Construction on the plant began in the early months of 1941. It took 236 days with many workers contributing long hours for the plant to reach its final stage of construction in September 1941.

Remarkably, the GECO plant was the only munitions factory in Canada that never experienced a major explosion. 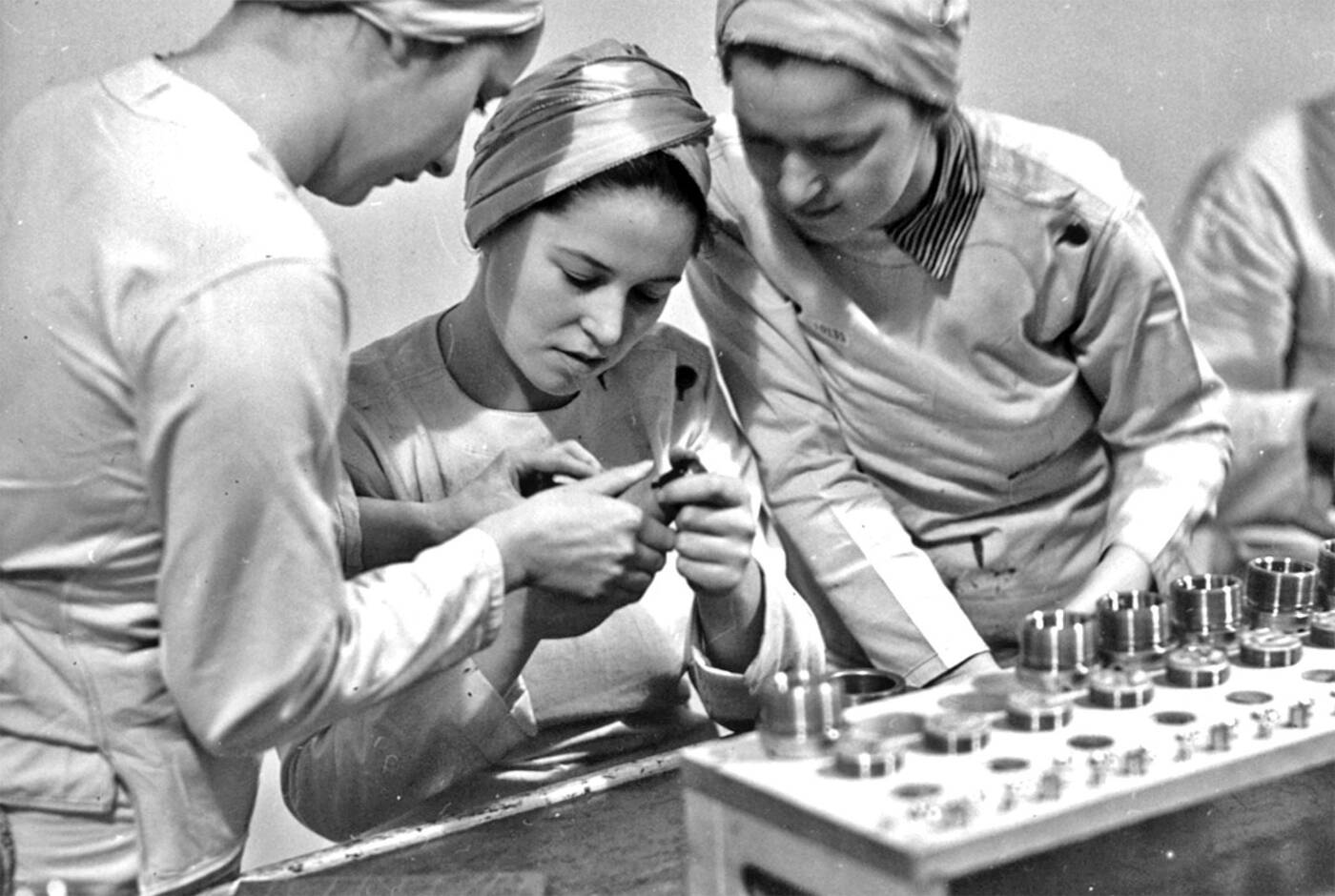 At its height, the GECO plant employed 5,300 people, 3,400 of whom were women. Local historian and speaker Barbara Dickson chronicled the story of the women who worked in Scarborough in her 2015 book: Bomb Girls: Trading Aprons for Ammo.

The stories are revelatory, giving readers unparalleled insight into the atmosphere of wartime Toronto.

Since there was an ever-present fear of a Nazi invasion, GECO workers took an oath of secrecy mandated by the Canadian government. They presented identification at the beginning of each workday, and their names and identification numbers were sewn into their uniforms.

To raise morale during such a stressful period, the women engaged in several pursuits. They wrote humorous poetry chronicling their day-to-day lives (many of which are recorded in Dickson's book) and contributed to the employee paper the GECO Fusilier.

They participated in annual beauty contests and played baseball. The team names included "Tank Busters" and the "Geco Aces", among others. In 1944, there was even a campaign to find pin-up girls among the employees. 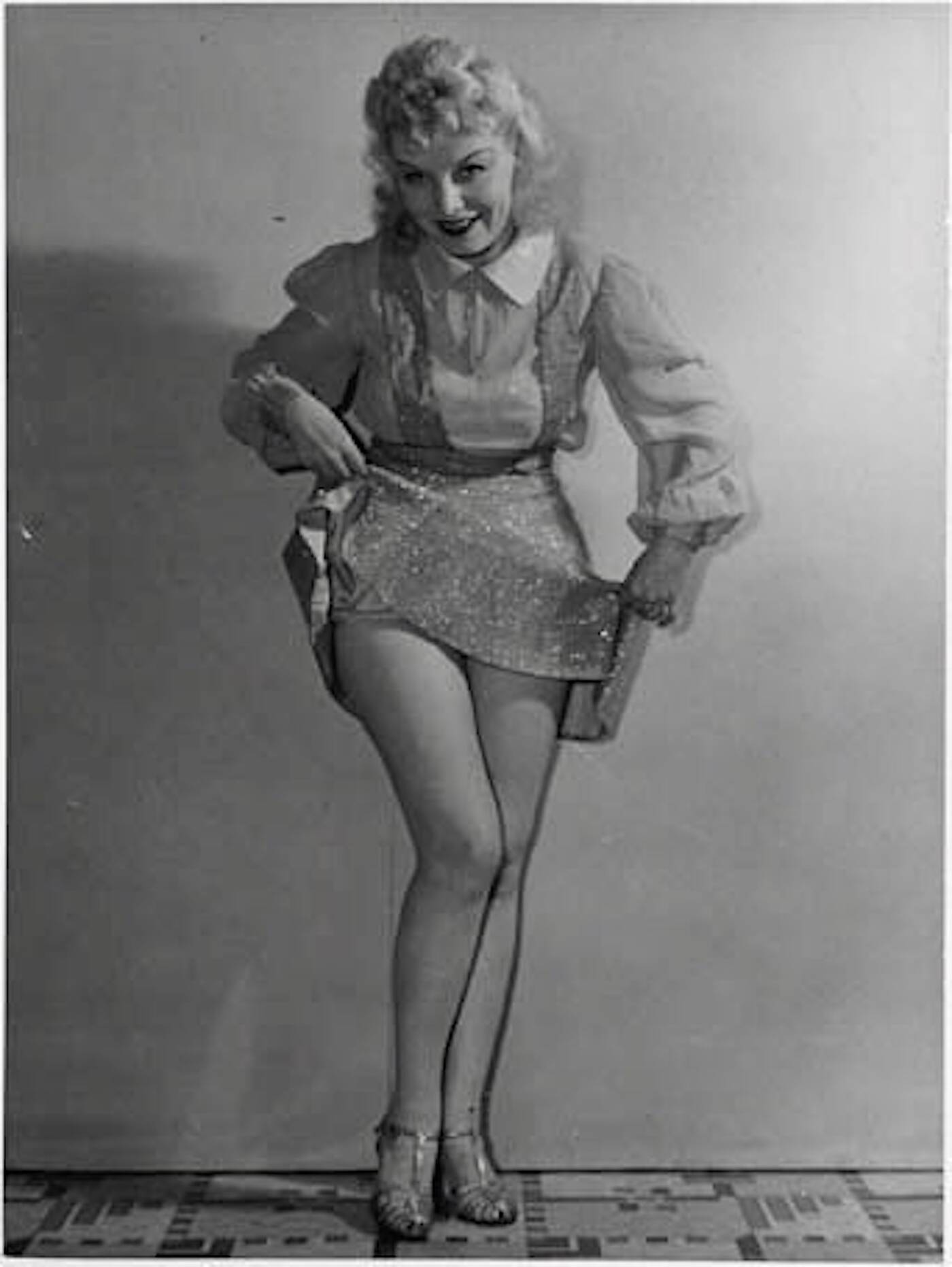 A GECO employee poses for a pin-up photograph. Photo courtesy of the Archives of Ontario.

Management at GECO acknowledged that these women were capable, soliciting advice on all aspects of factory life to ensure increased efficiency. 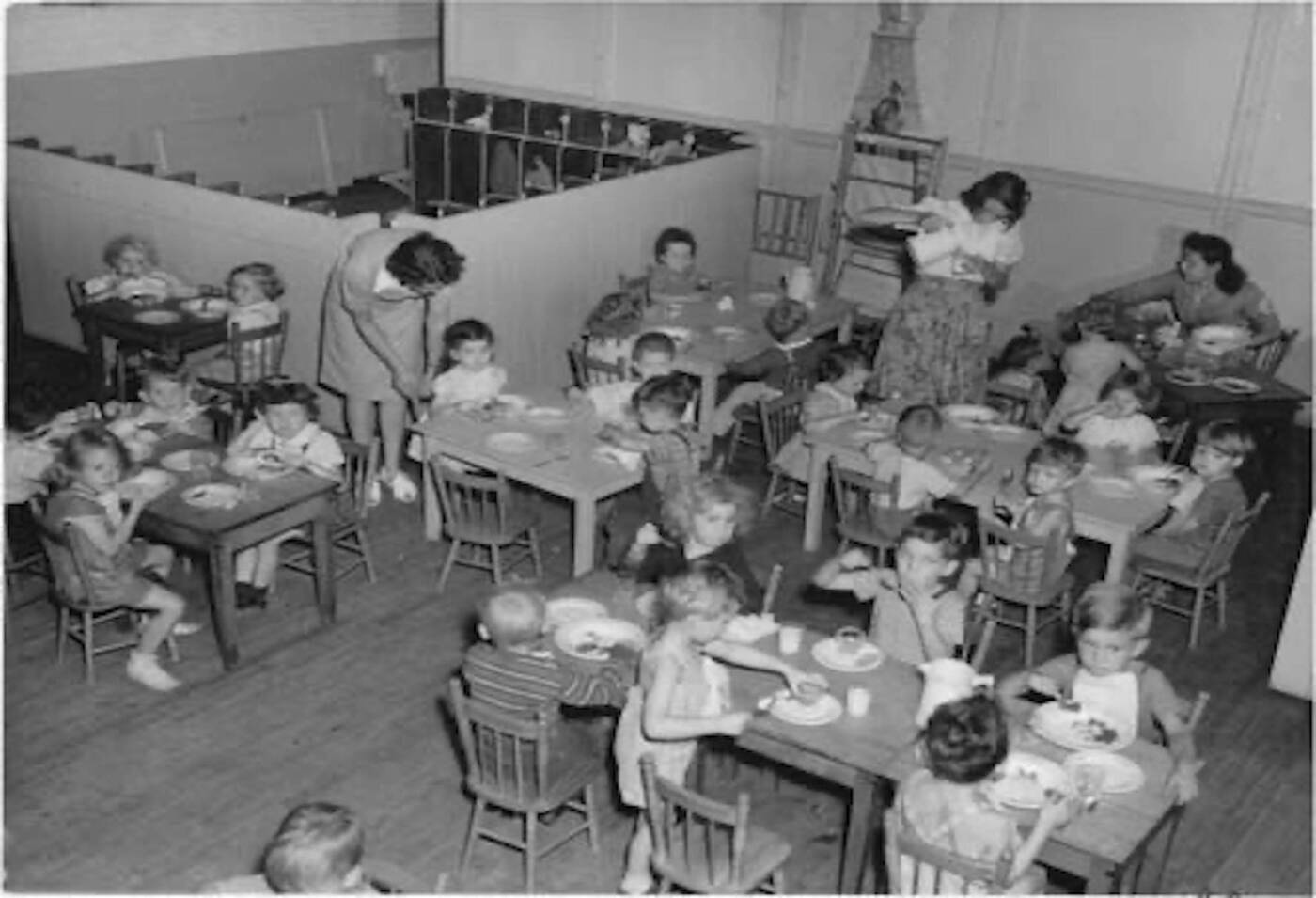 A view of the war-time nursery at the GECO plant. Photo courtesy of the Archives of Ontario.

When the war ended, many women lamented the return to the domestic sphere. Although women had been part of the workforce for many years prior to the war, women’s involvement in factory life helped to set the stage for the second wave feminist movement.

After the war, the GECO plant was shut, half of the property allocated towards post-war housing for families, the other half intended for small businesses that wished to pursue post-war ventures.

The housing project lasted from 1945 to 1954, and although the records are conflicting, the general estimate is that the plant provided housing for 800 families.

If you were to drive out to Warden and St. Clair East, just across from the Warden subway station, there is an underpass that has a mural dedicated to the Bomb Girls. 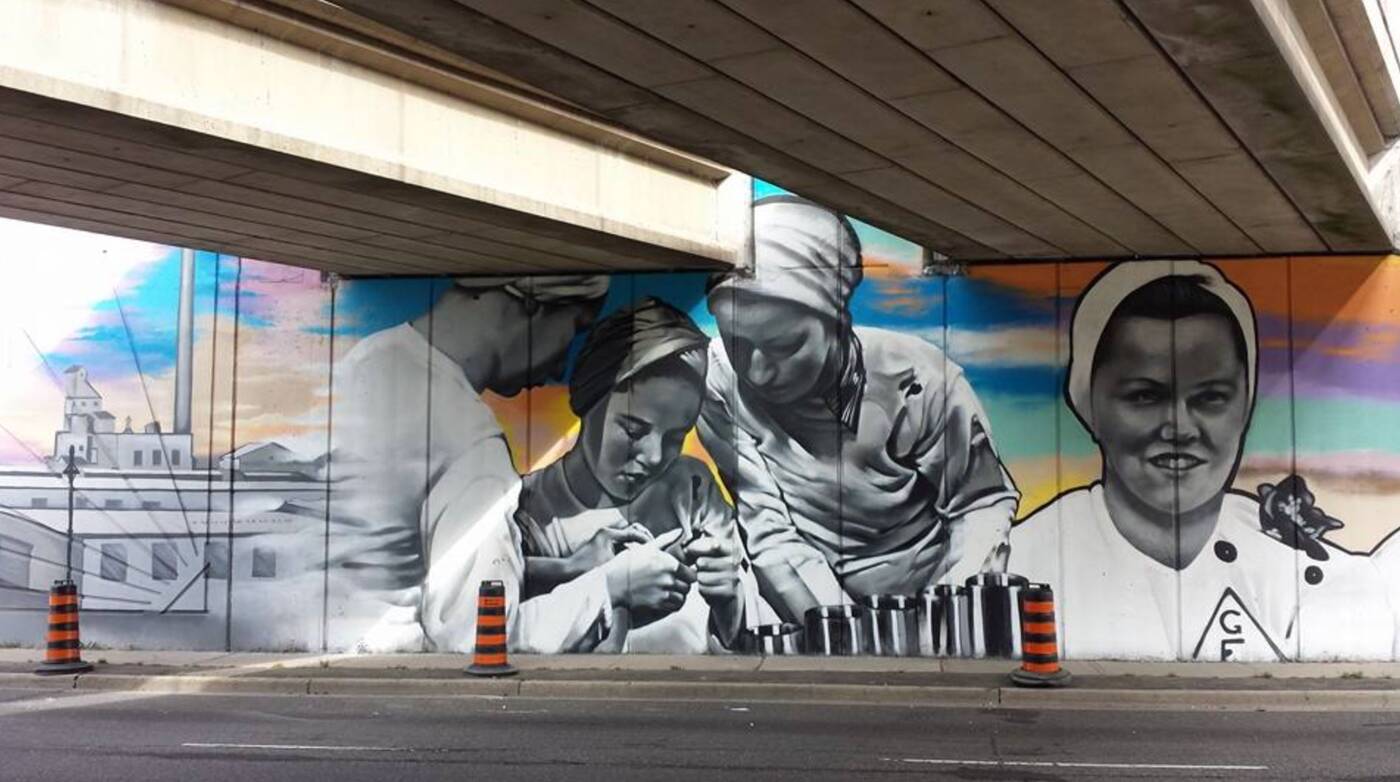 Created by Montreal-based artist OMEN in 2014, it pays homage to the women who worked tirelessly at the munitions plant. The mural is a colourful reminder of Toronto’s wartime past.

Additionally, a small number of the housing structures converted from the GECO plant can be seen near Warden and Eglinton Avenues.

The story of the GECO munitions plant stands out as a testament to perseverance in an unprecedented time in Toronto’s history.

Archives of Ontario. Lead photo is a view of some of the buildings at the GECO plant in 1943.