The history of the haunting at 131 Hazelton Avenue in Toronto

A haunted property at 131 Hazelton Avenue in Toronto used to make a spooky local Halloween tale.

Now, its mysterious legacy has sadly receded into the background since the property was knocked down and replaced by something even more fearful — a condo building.

The home at 131 Hazelton Ave. was once the site of major poltergeist activity, as well as numerous ghost sightings. It was featured on a 1984 CBC series about haunted Toronto, Hauntings, and was written about in the Toronto Star, Toronto Life magazine and many others. 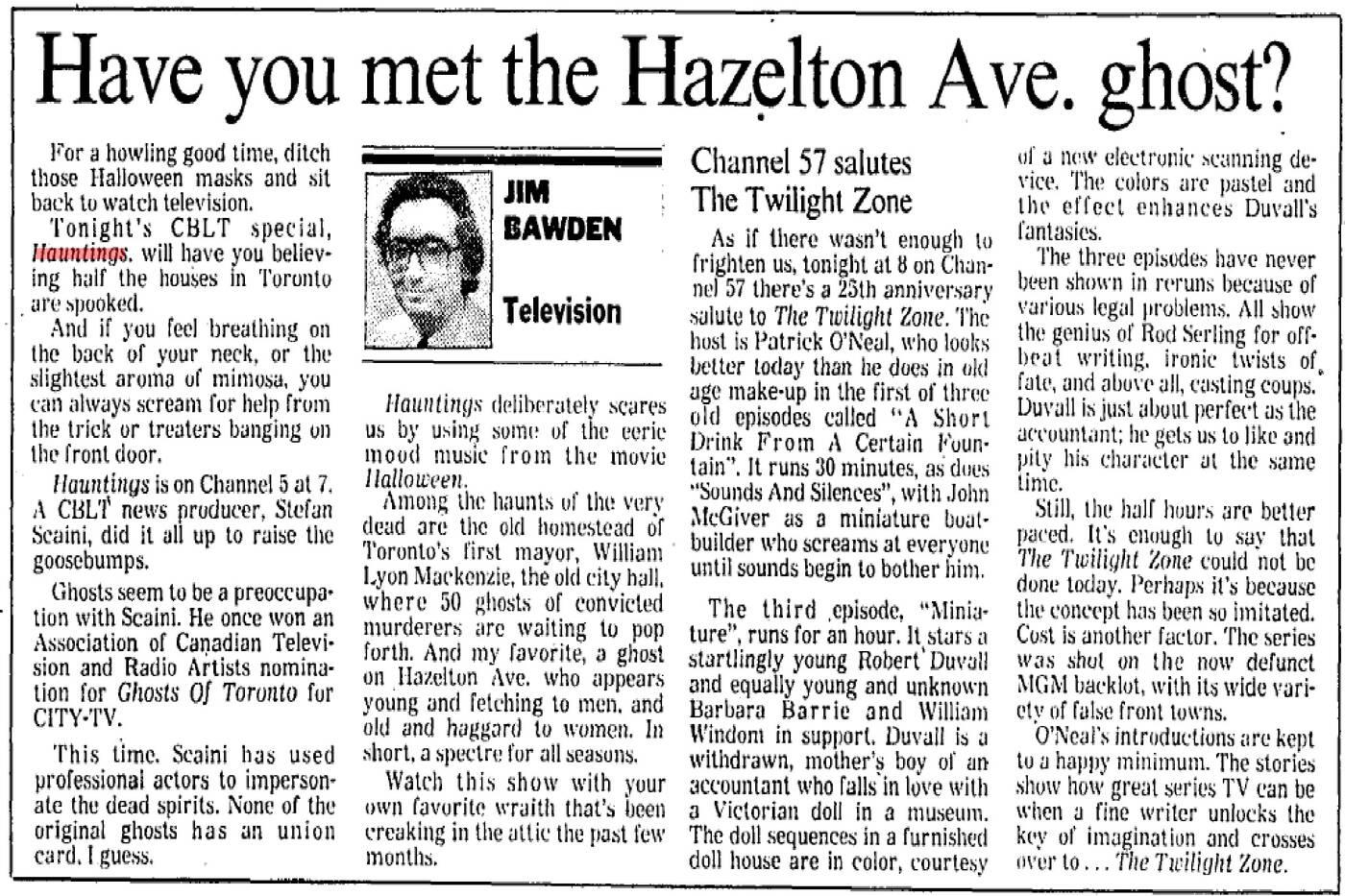 The property was purchased in 1969 by Benjamin D. McPeek, a virtuoso Canadian arranger and composer.

McPeek was then involved in the nascent Canadian music industry, as a commercial jingle maverick for companies like Speedy Muffler, Toronto Dominion, Labatt's and Cash for Life Lottery.

McPeek also cofounded Nimbus Nine Productions, a record label who produced early work for The Guess Who, Alice Cooper, and many others.

As McPeek's music empire grew he was on the hunt for a larger space.

At the time, Yorkville was the epicentre of the folk/hippie movement with spots like the Riverboat Coffee House hosting young performers such as Gordon Lightfoot, Joni Mitchell, Murray McLauchlan and Neil Young. 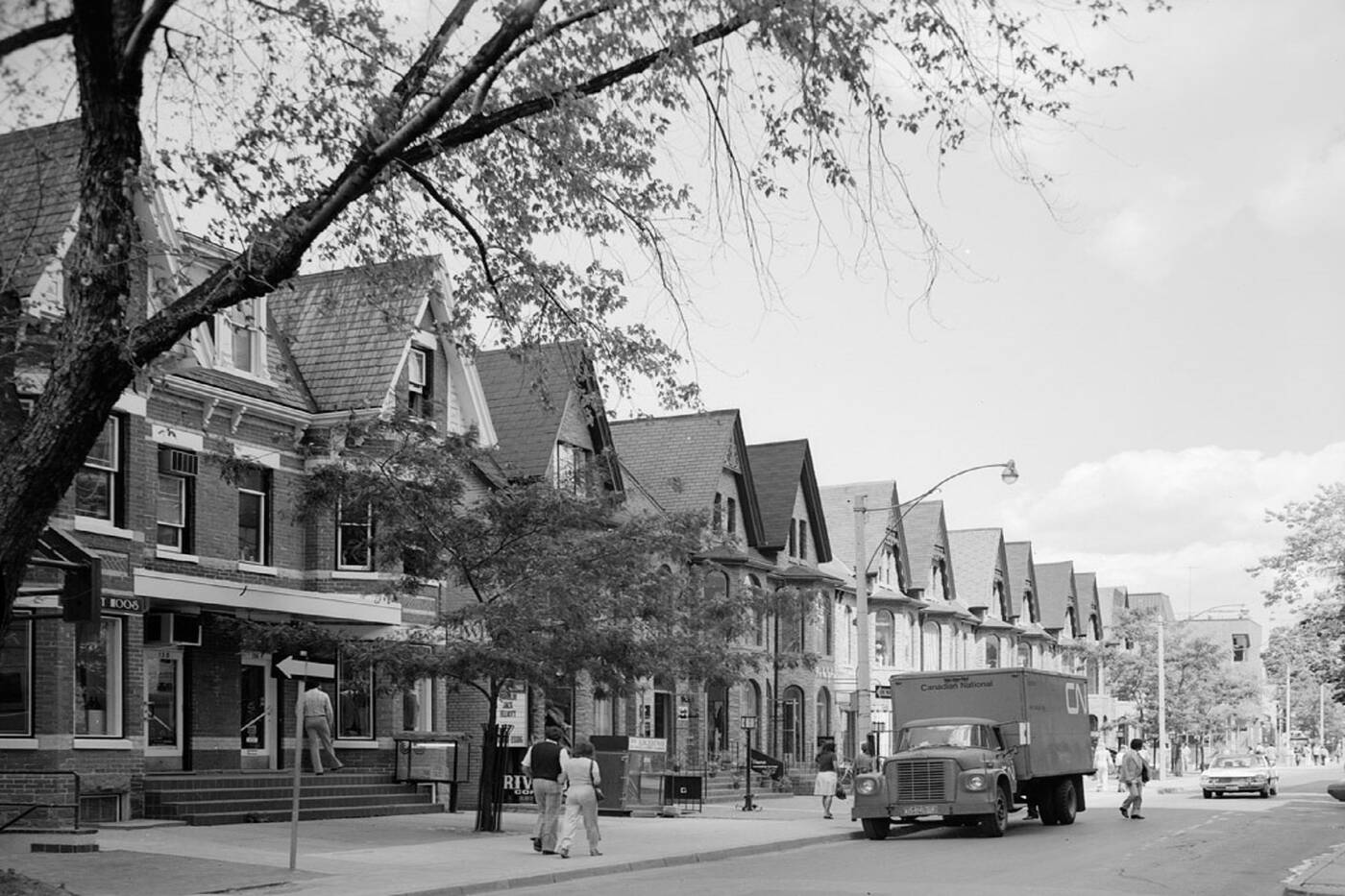 Folklore: Yorkville was a hippie haven in the late 1960s/early 1970s. Photo via the Toronto Public Library.

Over at the corner of Davenport Road and Hazelton Avenue, McPeek discovered an old Victorian building at 131 that had been condemned by the City of Toronto. It had previously housed two elderly sisters, one of whom was blind.

The stairwells had been boarded up, and the hydro and water had been shut off. In the words of McPeek's son Ben (Jr.), "it was kind of like a horror movie set."

The property was soon brought back to code and renovated. In the original dining room, a studio-quality listening room for pre-release master tapes was set up.

One extremely late night in 1976, McPeek's two sons Ben and Jerome and their friend Liam were finishing up a late-night recording session at Captain Audio.

They had a copy of the just released self-titled album by progressive rock outfit Boston and, despite the lateness of the hour, hopped next door to the listening room at 131 Hazelton to give it a spin.

In the listening room were shelves filled with stacks of LP albums, bookended by Altec Lansing 604e studio monitors. The boys dimmed the lights and began to play the Boston album at a very loud volume.

Add to this a flickering of the lights, a loud scratching sound at the door, and the Boston listening party was brought to an abrupt end; all three got out of the building as fast as they could. 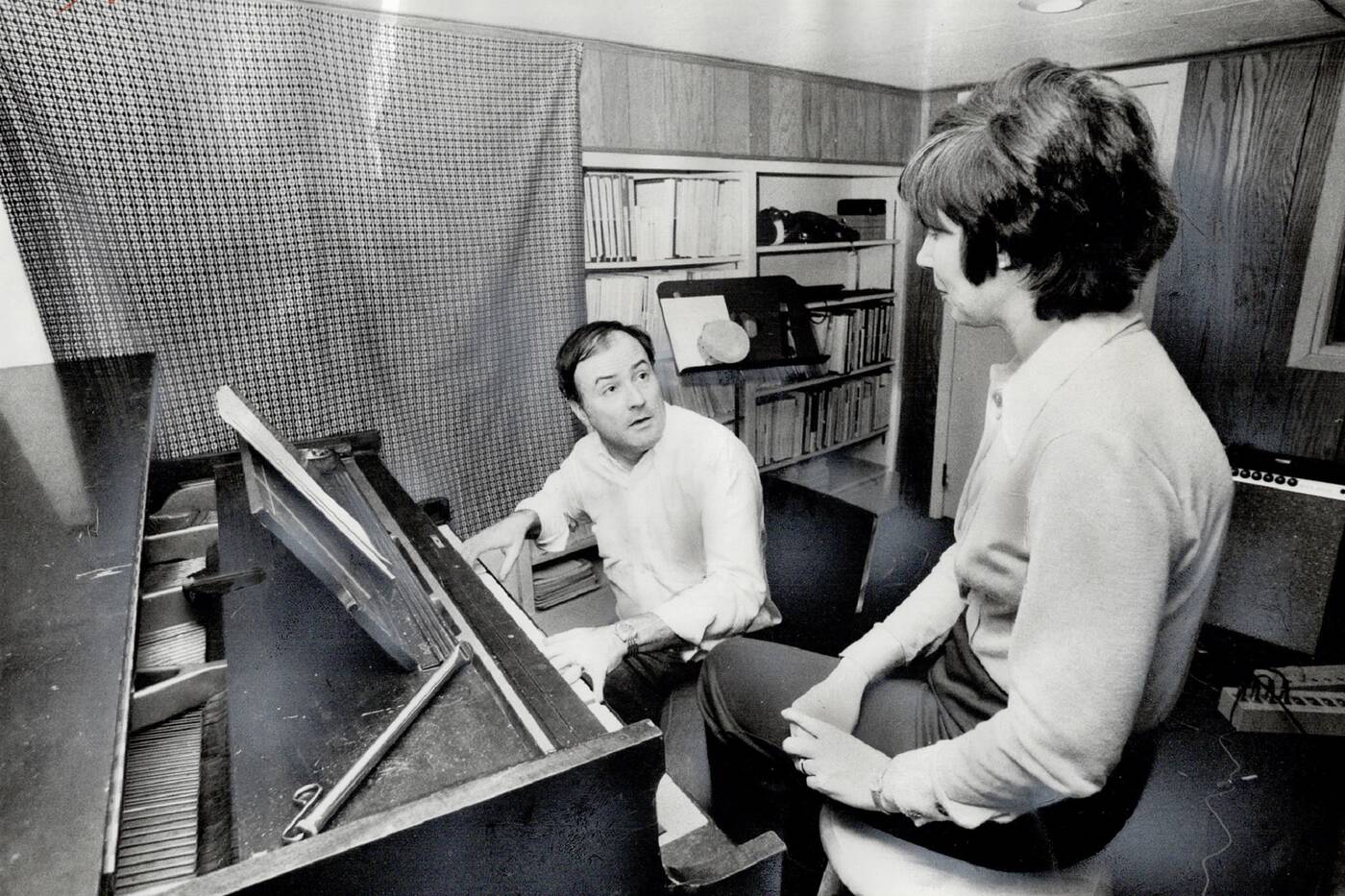 Ben McPeek at the piano in the basement of Captain Audio. Photo courtesy of the Toronto Public Library.

McPeek's secretary Beverly Crompton would often complain of feeling uncomfortable when left alone in the building. She was usually the last person to leave the building at night, and frequently observed an older woman watching her from the second-floor window as she left at night.

In 1984, producer/director Stefan Scaini produced a Halloween special for CBC Toronto titled “Hauntings” which provided a survey of some of the most haunted buildings in the city.

The 131 Hazelton Ave. home was featured, adapting an incident when a guest spotted a young woman motioning to him at the top of the staircase.

While filming the segment at 131 Hazelton Ave., Scaini recalls that his sound recordist picked up faint sounds of a woman on the third floor.

As they investigated, they found the room to be very cold despite it being a hot August afternoon.

Scaini’s Hauntings became an annual Halloween tradition on the CBC, and the story of 131 Hazelton Ave. became well known across the city.

The TV adaptation no doubt increased the fear factor by re-using John Carpenter's eerie score from his film Halloween (1978).

Tragically, Ben McPeek died after a short illness in 1981. Although he personally did not believe the building to be haunted, the number of incidents and unexplained phenomena over the years resulted in his family selling the building in the late 1980s. 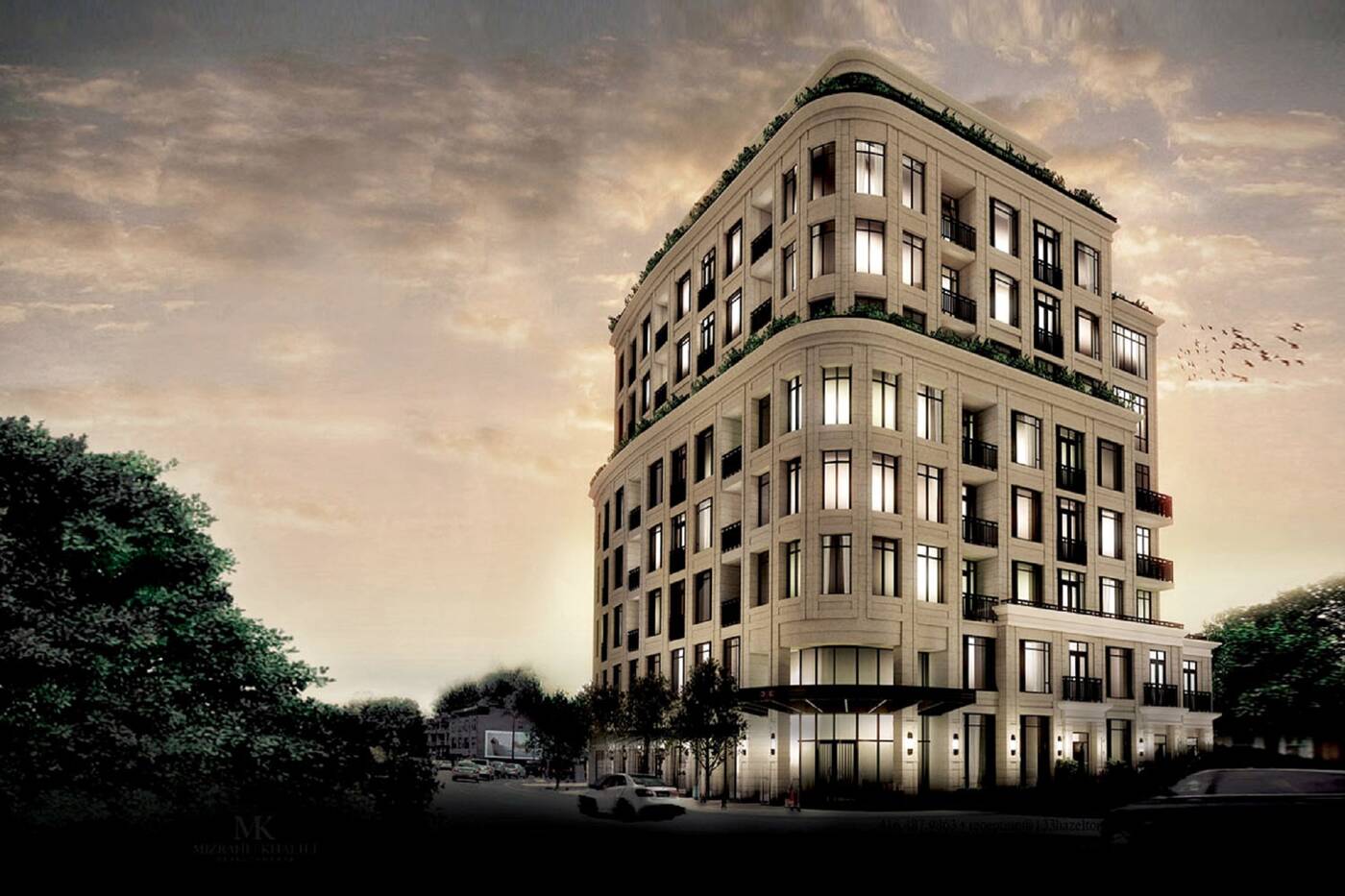 The condo which now exists on the site of the haunted property. Photo via 133Hazelton.com

Stefan Scaini continues to direct locally shot TV series such as Odd Squad and Dino Dana. After driving past the new building at 133 Hazelton Ave., he has conceded nothing stands out as being awry.

(Meanwhile, he still maintains that Mackenzie House, another short subject in Hauntings which sits next to Old City Hall, is the most haunted building in Toronto.)

Ben McPeek (Jr.) recalls meeting two elderly women outside of 131 Hazelton Ave. shortly after it was sold who were convinced it was haunted and had refused to enter the building despite living next door.

He still believes there was something supernatural in the house:

“I never felt comfortable when I was alone in 131 Hazelton Avenue”.