Toronto’s new bike lanes, which were created to help people get around in the COVID-19 era, have the potential to reduce injuries and save lives, a report has found.

The research, which was published by Ryerson University’s City Building Institute and led by associate professor Anne Harris, studied the potential effects of the 15 km of infrastructure along Bloor Danforth.

The report revealed that fully separated cycling lanes facilitating mobility could reduce the number of injuries along Bloor-Danforth by 89 per cent. Painted bike lanes with no parked cars would reduce them by 46 per cent.

“This could mean 153 to 182 fewer serious injuries over the next decade, depending on ridership,” the report reads. 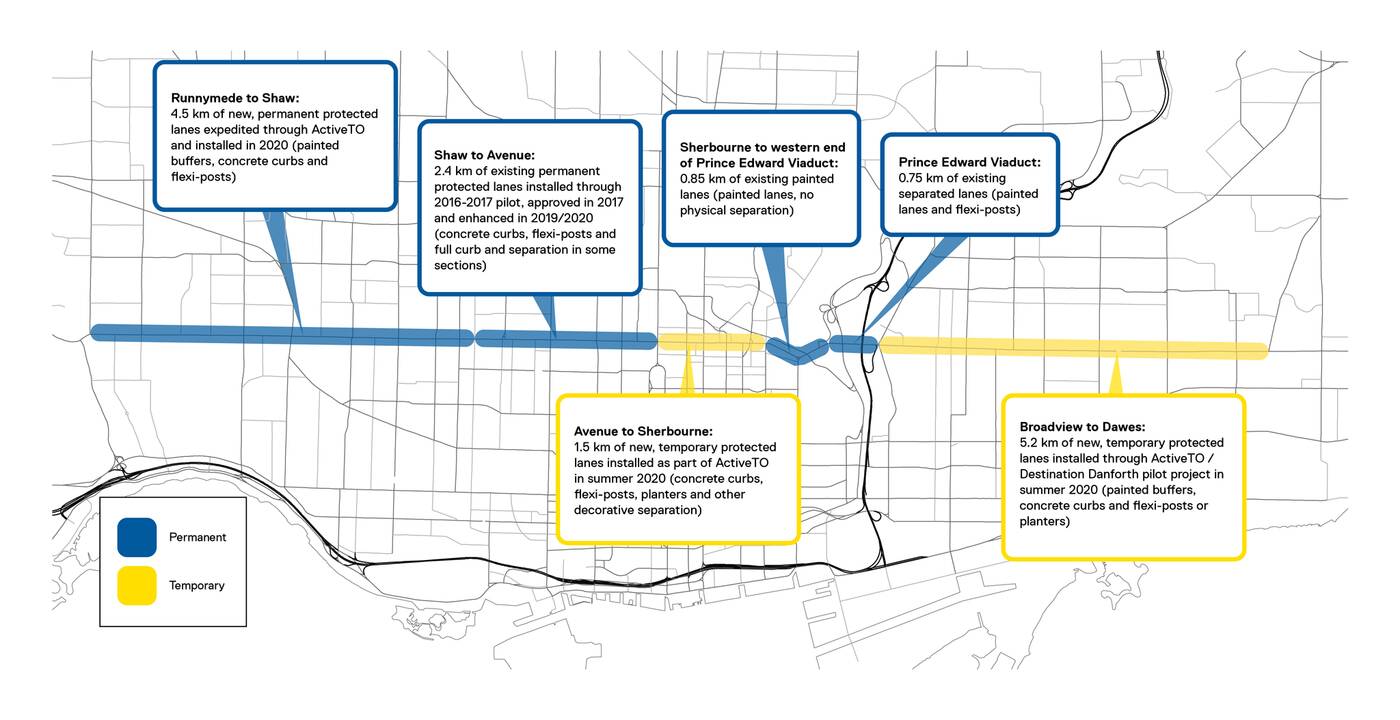 Map showing new and temporary bike lanes along Bloor-Danforth. Image via Ryerson based on City of Toronto Transportation Services basemap.

The availability of safer cycling infrastructure throughout the COVID-19 pandemic may also result in a "safety in numbers" effect. This would attract higher cycling volumes and prevent even more injuries, especially as bike ridership has gone up since the beginning of pandemic.

Conversely, the report also found that removing the temporary cycling infrastructure could have a "bait and switch” effect which would lead to more injuries.

“The temporary infrastructure attracts new users to the route, but when this protection is removed, the number of injuries could increase from pre-implementation levels,” according to the report.

Including the lanes on Bloor Danforth, the city has installed up to 40 km of new temporary lanes. Earlier this summer, bike shops which have remained essential services throughout the pandemic, have reported a surge in demands.

In May, the city launched ActiveTO to efficiently create more space for bikers and pedestrians to get around safely.

On Sept. 14, Tory announced that ActiveTO along with CafeTO  and CurbTO — two other initiatives started to help members of the public and local businesses adapt to life amid the global health crisis — will be extended to summer 2021.