Toronto cops under fire for posting photo with prominent anti-masker

Two Toronto police officers are currently being investigated by the service's professional standards unit after appearing in a photo with the founder of a local anti-masker group called MAD (Mothers Against Distancing.)

Chris Sky, who preaches "United Non Compliance" and believes that mandatory mask policies like the City of Toronto's violate human rights, uploaded a photo of himself and two smiling TPS officers to his personal Instagram account on Aug. 9.

"United for all Canadians," reads the caption of that post, which is hashtagged with #51division and includes the handle of Toronto Police Service 51 Division's @tpsneighbourhoodwatch account.

The police-branded account shared the same photo via Instagram Stories over the weekend with the hashtags #freedomofspeech and #advocate, according to CBC News.

Several other recent posts on the TPS Neighbourhood Watch account show two officers interacting with members of the community around Cherry Beach, where Sky's group has regularly been hosting lockdown protest after-parties in defiance of physical distancing orders. 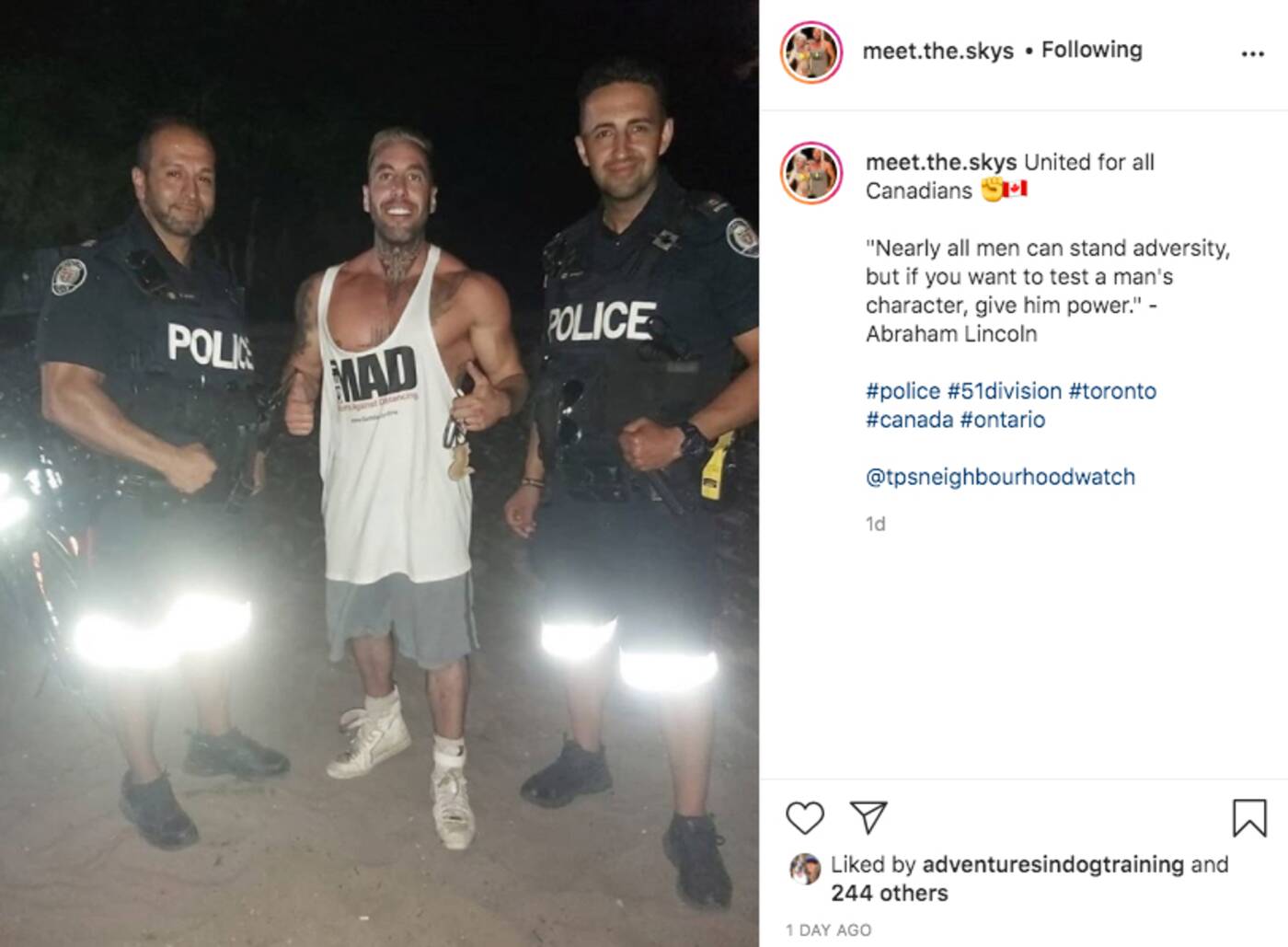 The photo in question appears to show the uniformed officers posing with Sky on a beach at night. Sky stands in the middle, wearing a "MAD" t-shirt and giving the camera two thumbs up.

Toronto Police are unable to comment on the photo, as it is currently the subject of a professional standards review, according to CBC News.

Sky himself, however, has publicly commented on his relationship with police officers in 51 Division.

"This dude fights off the cops at the party looool," wrote an Instagram user in the comments section of an Instagram Live video replay on Sky's personal @meet.the.skys account.

"We don't have to fight with them. We are on great terms now! They act like private security for our parties :)" replied Sky on Saturday. "Shout out to the best police in the world! Respecting and protecting our right to have a good time!"

"We had to fight at first to earn their respect and our place," wrote the vocal anti-masker wrote in another comment on the same thread.
"But now we all work together United for all." 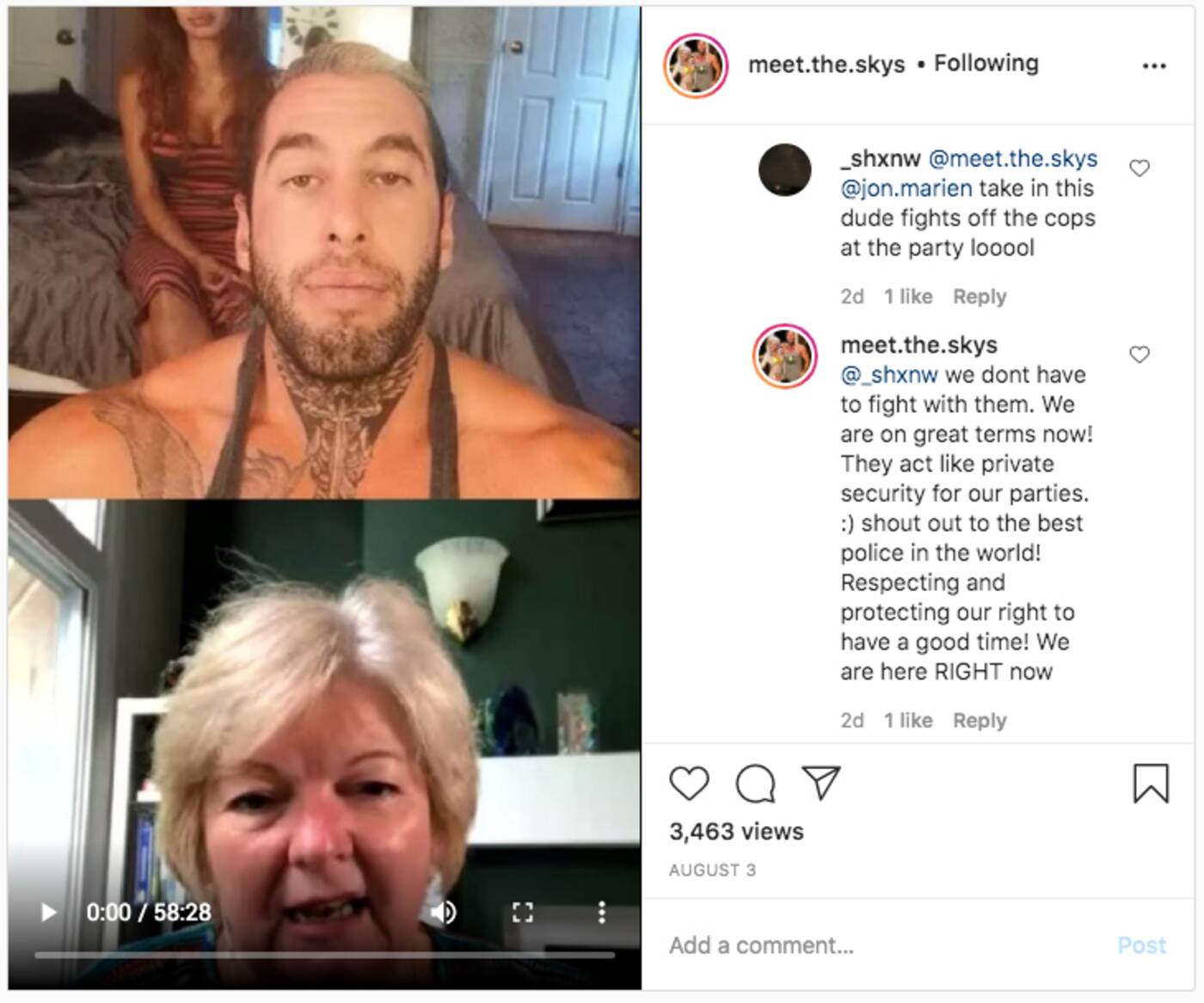 In addition to throwing parties for anti-mask advocates at Cherry Beach, Sky helped organize the now-infamous "Hugs Over Masks" protest in which people rode the TTC maskless to protest the transit agency's new policy.

Sky also distributed fake mask exemption cards to members of the public after Toronto implemented its own Mandatory Mask or Face Covering bylaw in early July.

"Be responsible, don't be a scammer," said Ontario Premier Doug Ford of Sky's group at the time.

"Everyone else is wearing a mask... When you go into stores, wear a mask. If you don't have a mask, wear a face covering. As far as I'm concerned, it's totally unacceptable."

Sky has yet to respond to a request for comment.