The Leuty Lifeguard Station, the often-photographed Beaches landmark, is celebrating its centennial this year. The station was constructed back in 1920. Such an anniversary gives us the chance to view the Beaches as they looked more than a century into the past.

The station itself was built by the architectural firm of Chapman, Oxley, and Bishop, whose career in Toronto spanned several decades between the 1920s and 1940s.

Some other buildings they are known for are the Sunnyside Bathing Pavilion, the Palais Royale dance hall, and a wing of the Royal Ontario Museum. 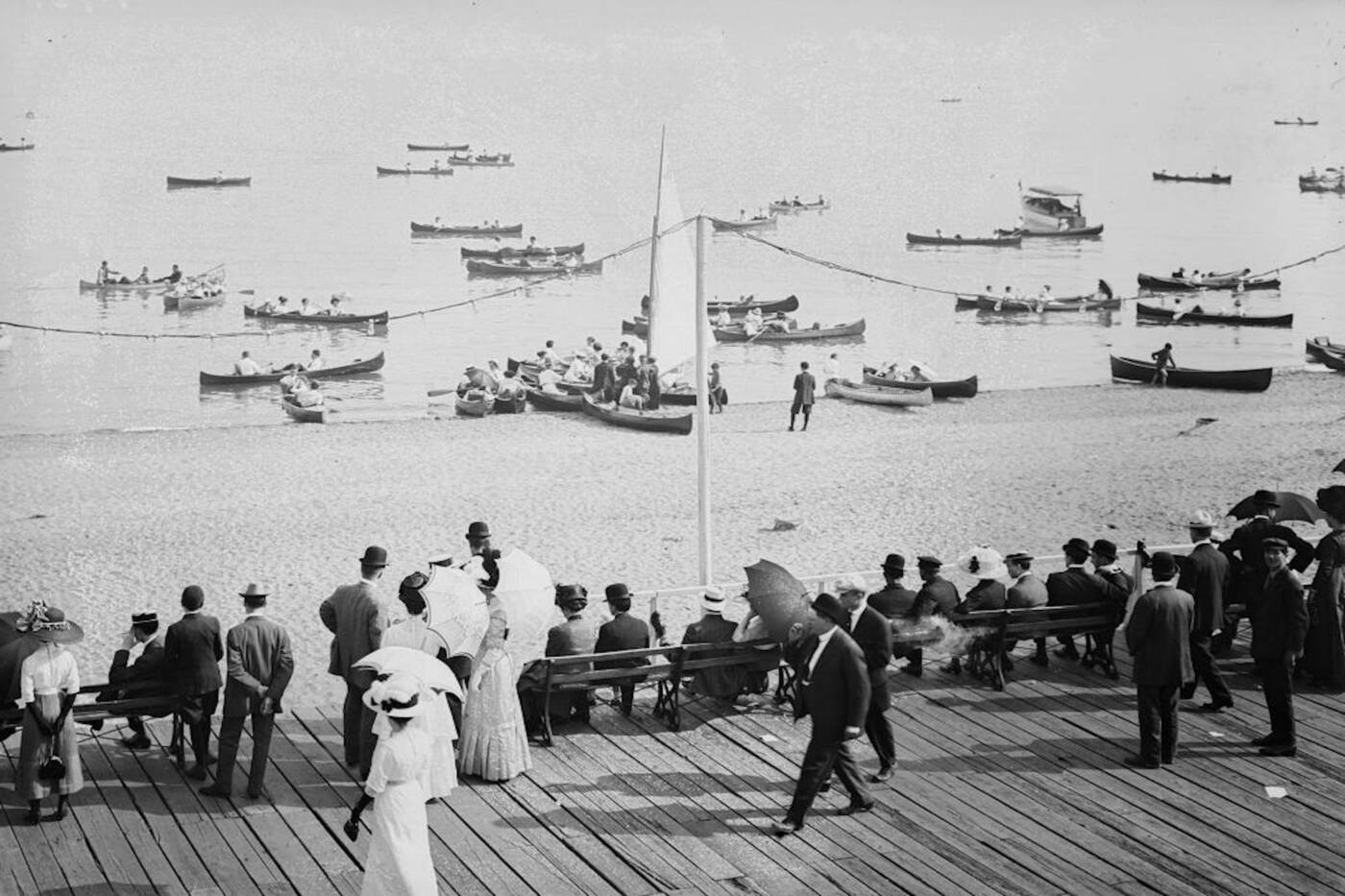 A crowd watches canoeists at Kew-Balmy Beach in the 1900s. City of Toronto Archives.

The Station was one of three built by the firm in partnership with the Toronto Harbour Commission.  Two other, similar stations were located on the shores of the Humber River and the Western Channel, and were later demolished.

Later on, an almost identical station to the Leuty Lifeguard Station popped up on Cherry Beach. 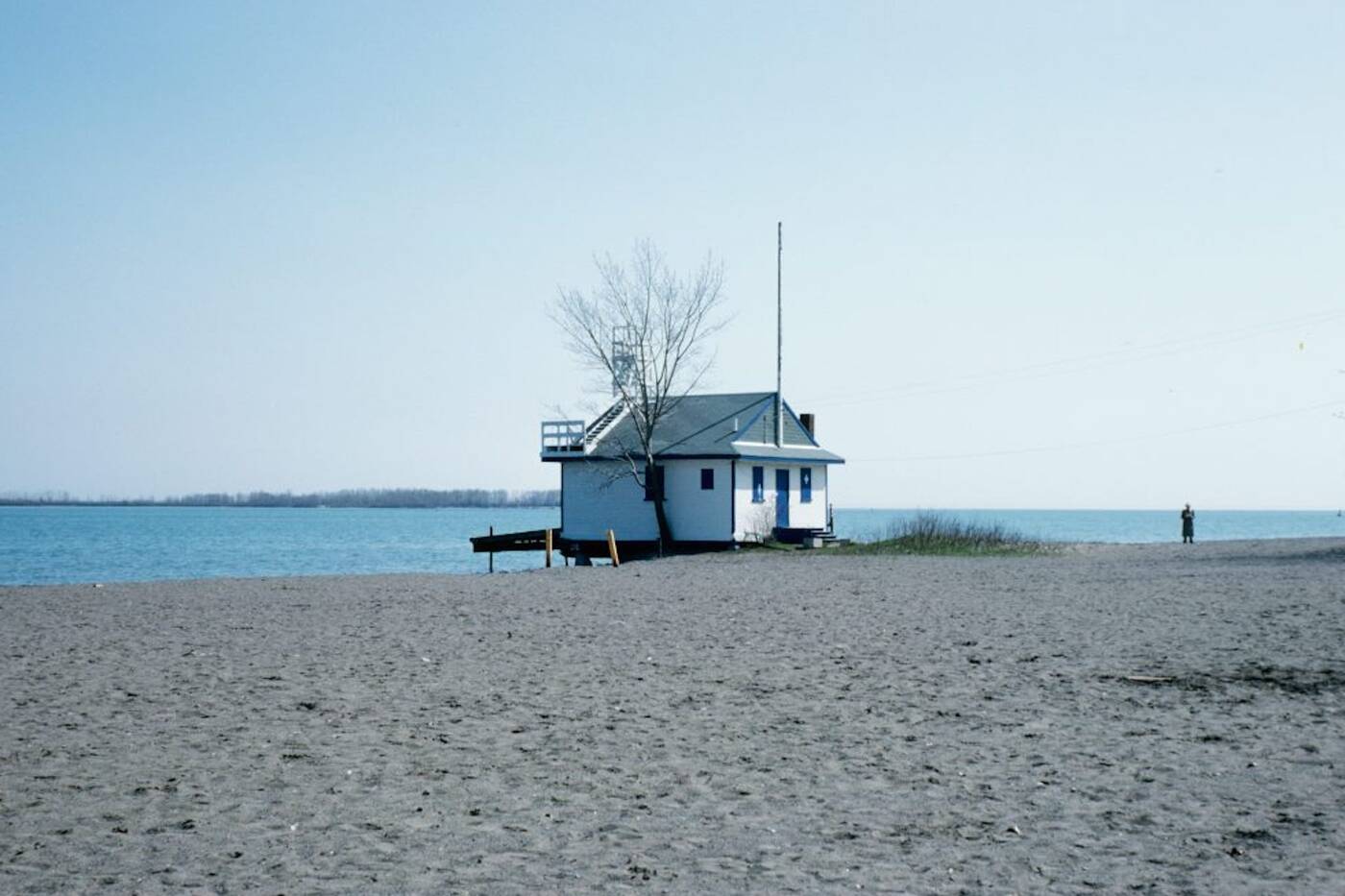 The Leuty in its original location on the Beaches. Photo via City of Toronto Archives.

The Leuty Lifeguard Station would have been one of many buildings that dotted the stretch of shoreline of Woodbine and Kew-Balmy Beaches in the early part of the twentieth century.

The area of the present-day Beaches neighbourhood was home to a series of amusement parks. 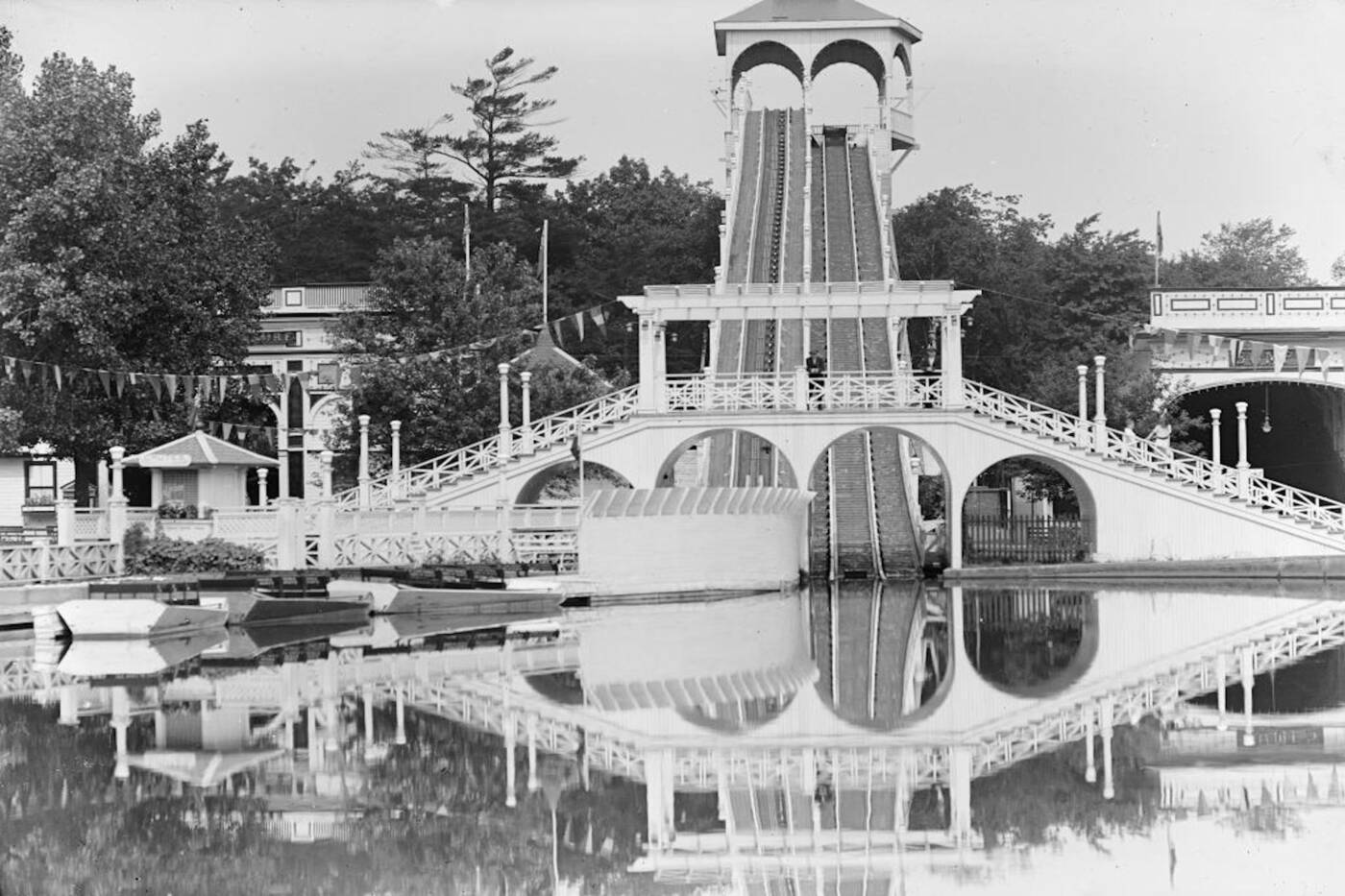 Perhaps the most famous of these parks is the long-gone Scarboro Beach Park. A hotspot for tourists and beach-goers alike, the amusement park featured a Chutes log flume ride, a Tunnel of Love,  and an open-air Velodrome that hosted bicycle races.

Scarboro Beach Park was in operation from 1906 to 1925, and would have shared the same beachside spot as the Leuty Lifeguard Station. 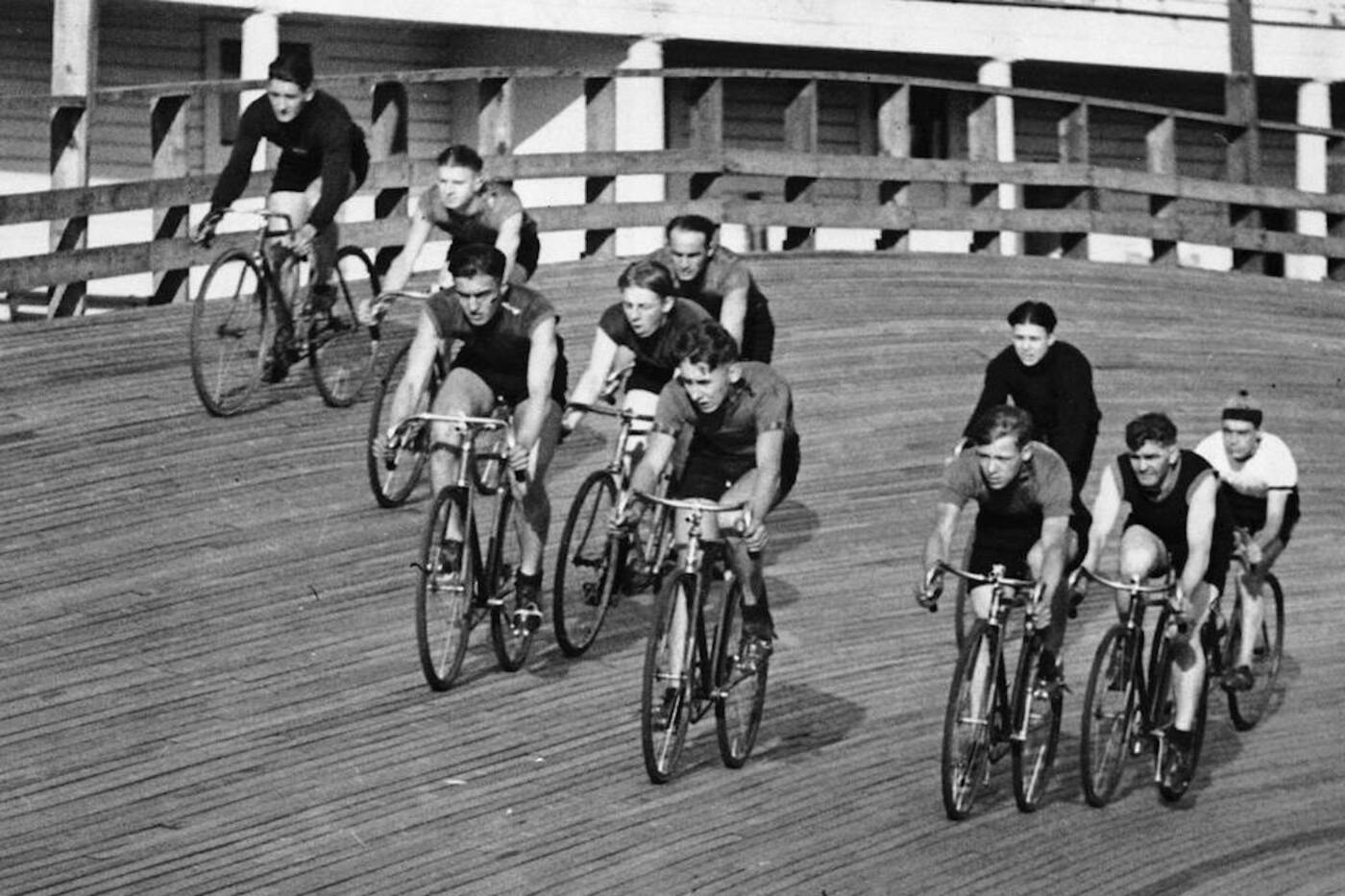 A bicycle race at the Scarboro Park Velodrome. Photo via City of Toronto Archives.

The Leuty Lifeguard Station is still the headquarters for many of Toronto’s lifeguards and the staff have been credited with saving over 6,000 lives during the Station’s 100-year history.

As fears began to grow about the erosion of Toronto’s waterfront, buildings were torn down in the 1930s, and work began on artificially expanding the shoreline. 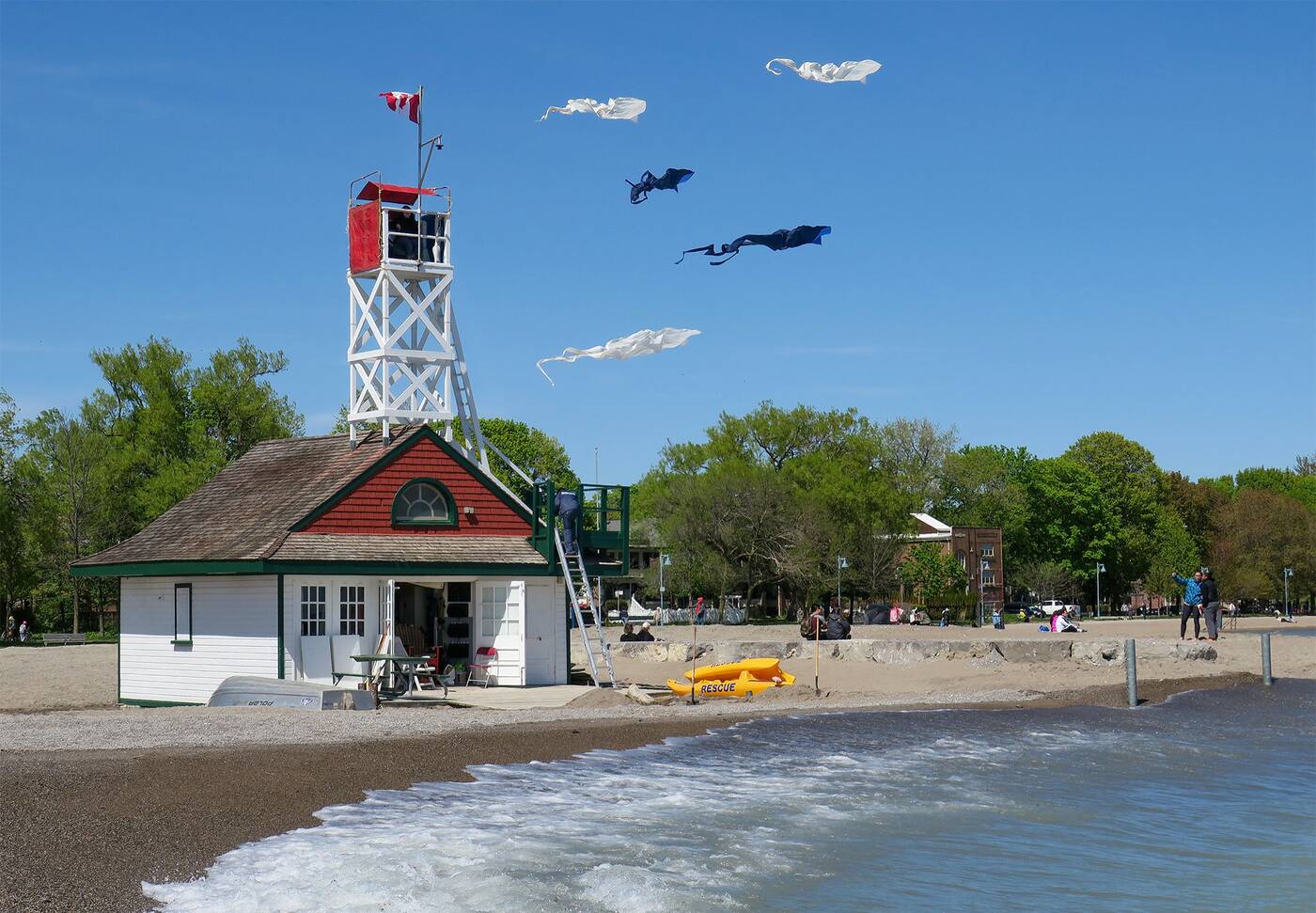 The Leauty Lifeguard Station in 2017. Photo by Bruce Reeve.

The Leuty Lifeguard Station weathered the erosion, but gradually began to fall into disrepair. In the 1990s it was slated for demolition, but a group of Beaches residents launched the Save our Station initiative to see the restoration of the building. 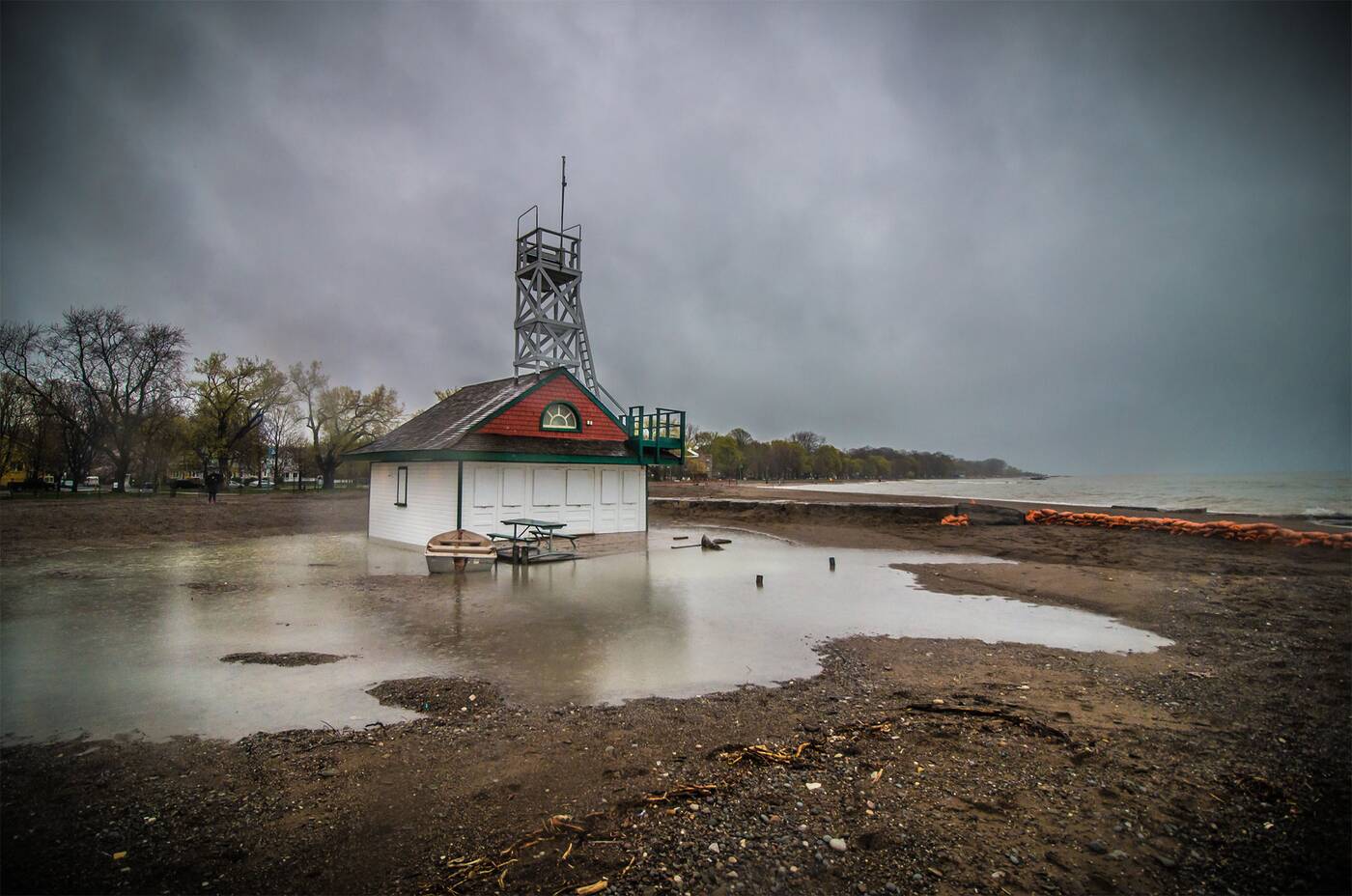 The Leuty Lifeguard Station threated by flood waters in 2017. Photo by A Great Capture.

The Station came under threat once again in 2017, when flooding on Toronto beaches reached an overwhelming high. The city poured in $200,000 in restoration funds to build a platform to keep the Station from falling victim to flooding. 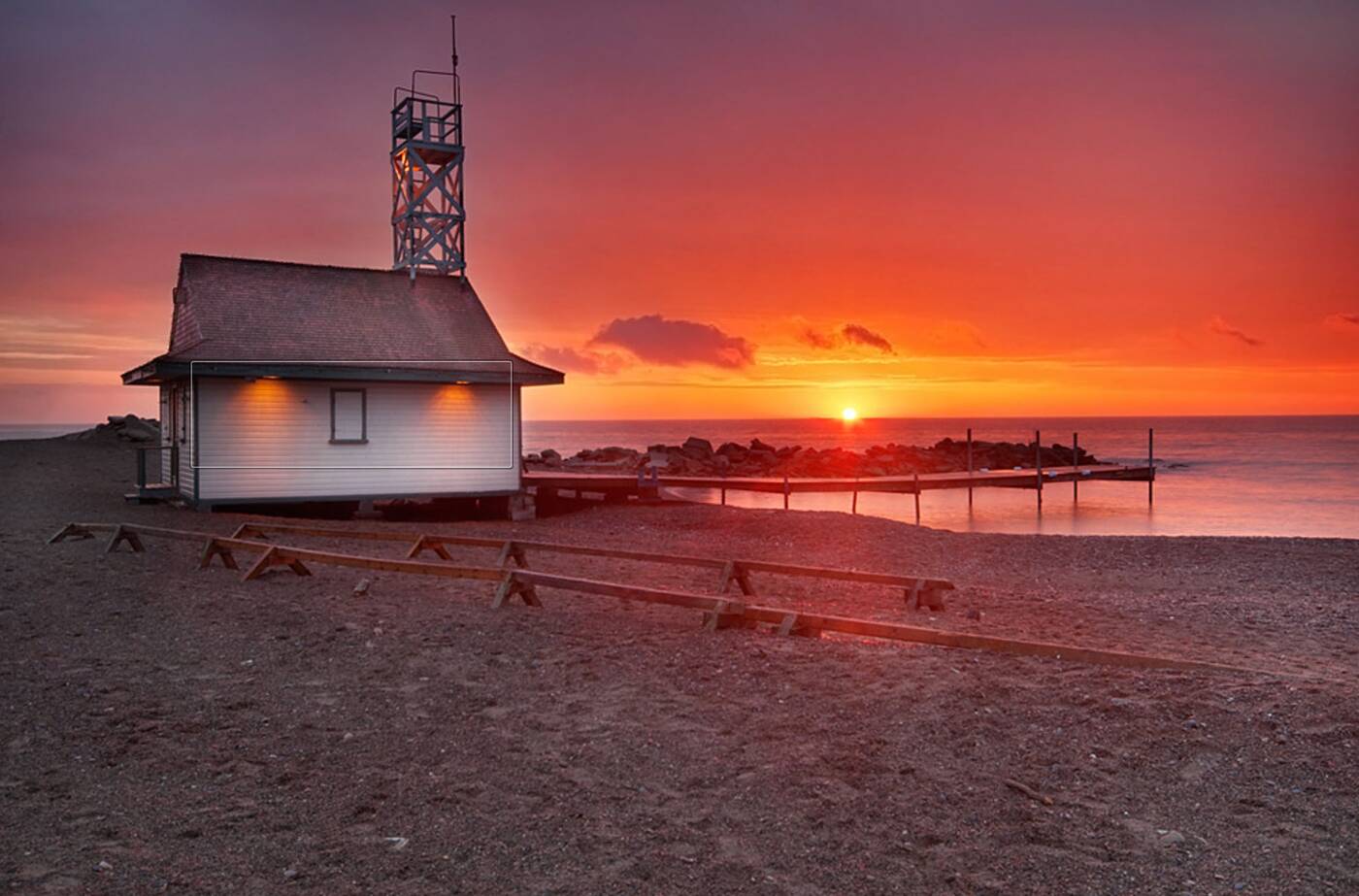 The Leauty Lifeguard Station during sunrise in 2009. Photo by Evidence.

The Leuty Lifeguard Station has been a landmark of east-end Toronto for a century; it is emblazoned on postcards and is the favourite subject of artists and photographers.

It stands out as a reminder of an earlier time.