For the third weekend in a row, the streets of downtown Toronto saw people peacefully protesting against anti-Black racism and police brutality.

The march, which was organized by the Toronto chapter of the Black-led community organization Remember the 400, brought out hundreds of people to Christie Pits Park on Saturday afternoon. 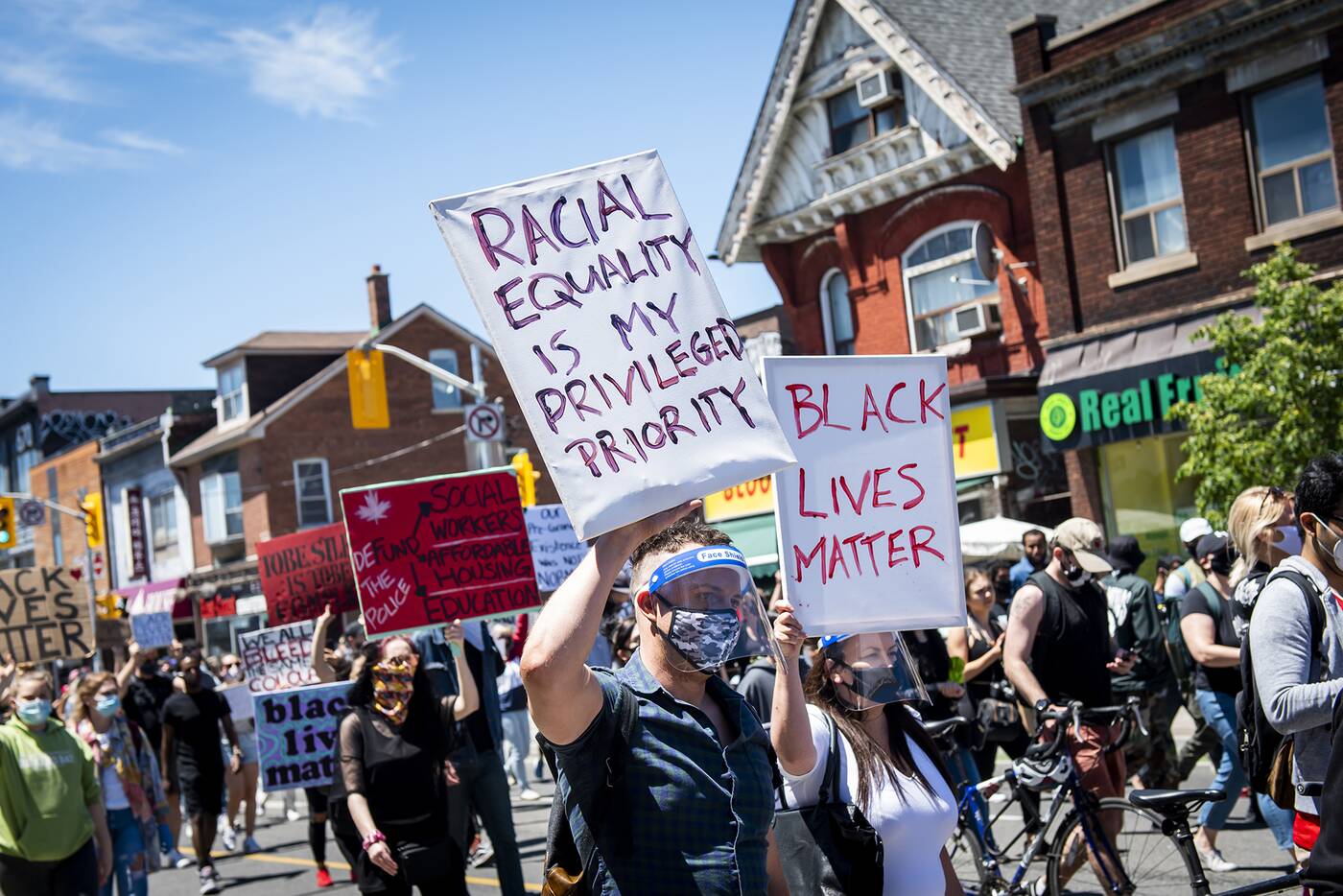 The rally encouraged young people to come out, and attendees were asked to bring signs and wear their masks.

A post shared by Trinity Bellwoods Flea Market (@trinitybellwoodsfleamarket) on Jun 13, 2020 at 10:35am PDT

After speeches by organizers were made, protestors headed to Bloor Street, filling out the major artery as people chanted "Remember the 400". 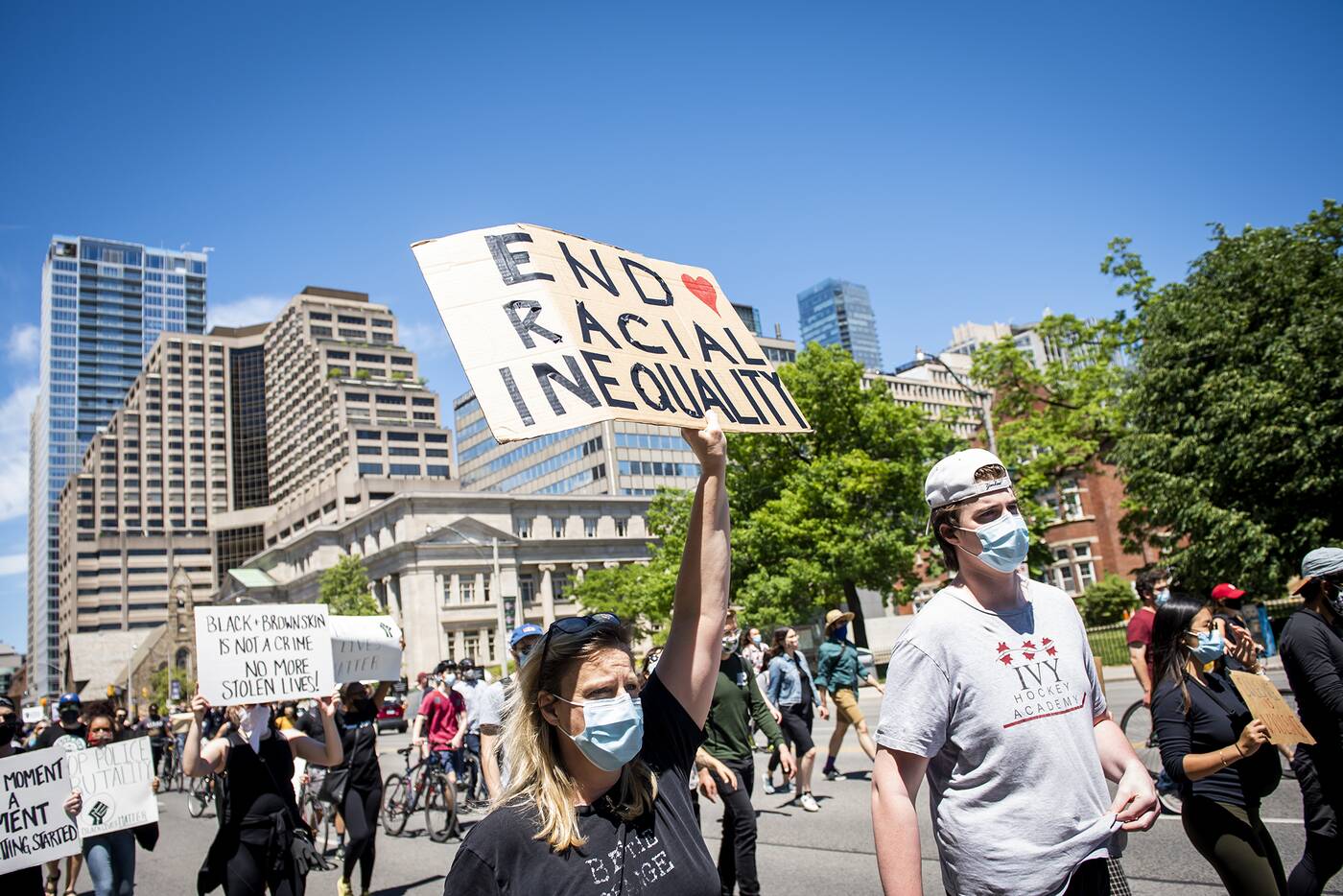 The group, which was founded by Shadrock Porter of the Israelite Nation, derives its name from the first arrival of Africans to North America as slaves 400 years ago.

According to its website, the Remember the 400's mission is dedicated to "the process of healing the racial divide", has no affiliations with Black Lives Matter Toronto. 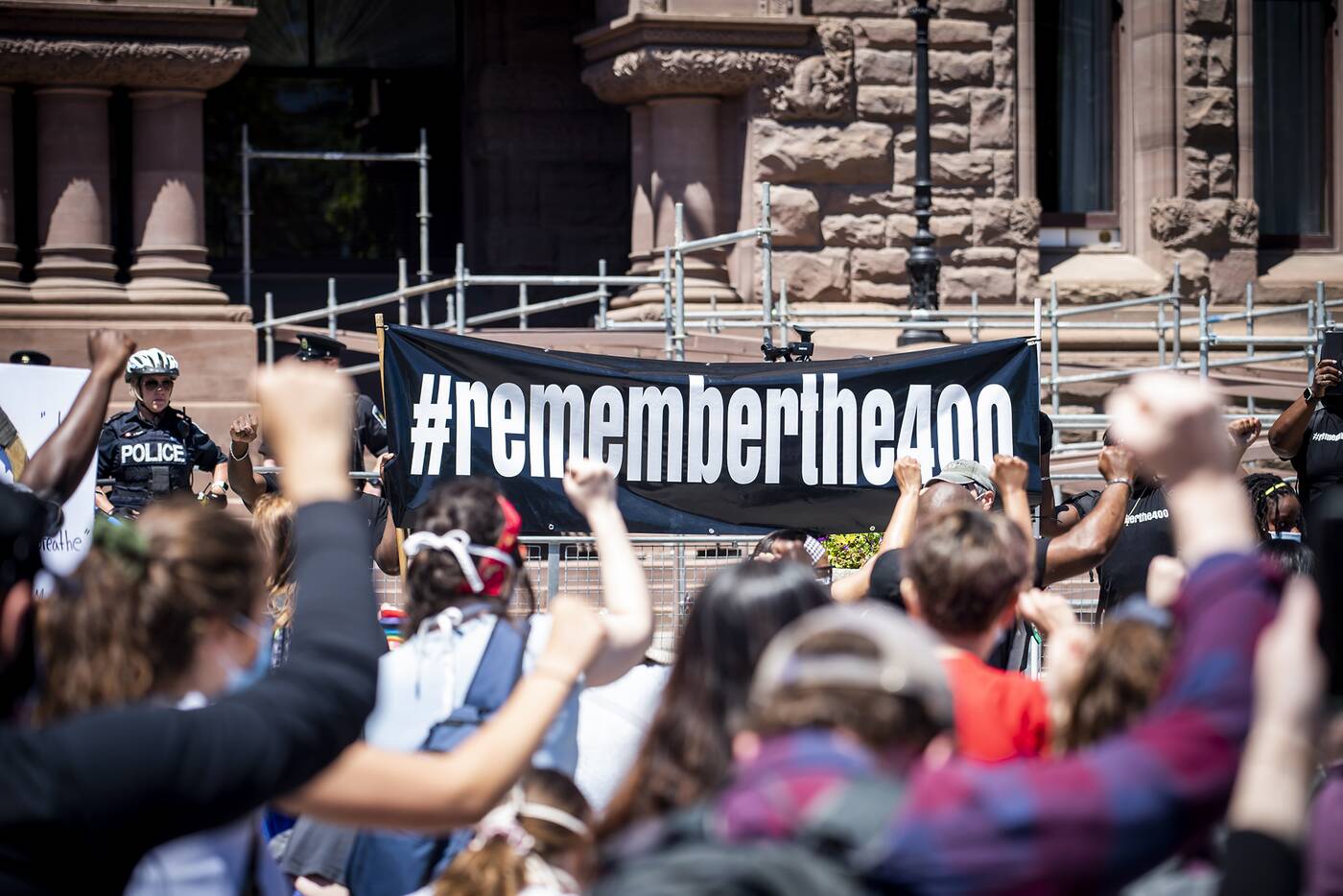 They eventually made their way to Queen's Park, which is also the site of ongoing anti-lockdown protests, where protestors have rallied for the past eight weekends.

Protestor at Toronto BLM and anti-lockdown protest gives a speech to the combined protest.

The two groups had a brief interaction, and at one point, a main organizer from the anti-lockdown protest took the mic to express solidarity and support with the marchers, who are demanding reparations.

A man showed up to Queen’s Park holding a racist sign. The anti-lockdown protestors made it clear he was not there for their cause. When he approached a peaceful anti-black racism protest, he was quickly escorted away by police.
🎥 @newstalk1010 #StreetsOfToronto #Toronto pic.twitter.com/Bx8WyHBjR6

At one point, a man with a racism sign that said "Black Lies Matter", among other offensive things, was escorted out of Queen's Park by police.

He was also recorded threatening what appeared to be an organizer with bodily harm. It's unclear whether he was charged or arrested.

At Queen's Park, protestors took a knee in front of the Ontario legislature with their fists up in the air to honour the Black lives lost at the hands of racism and police violence. 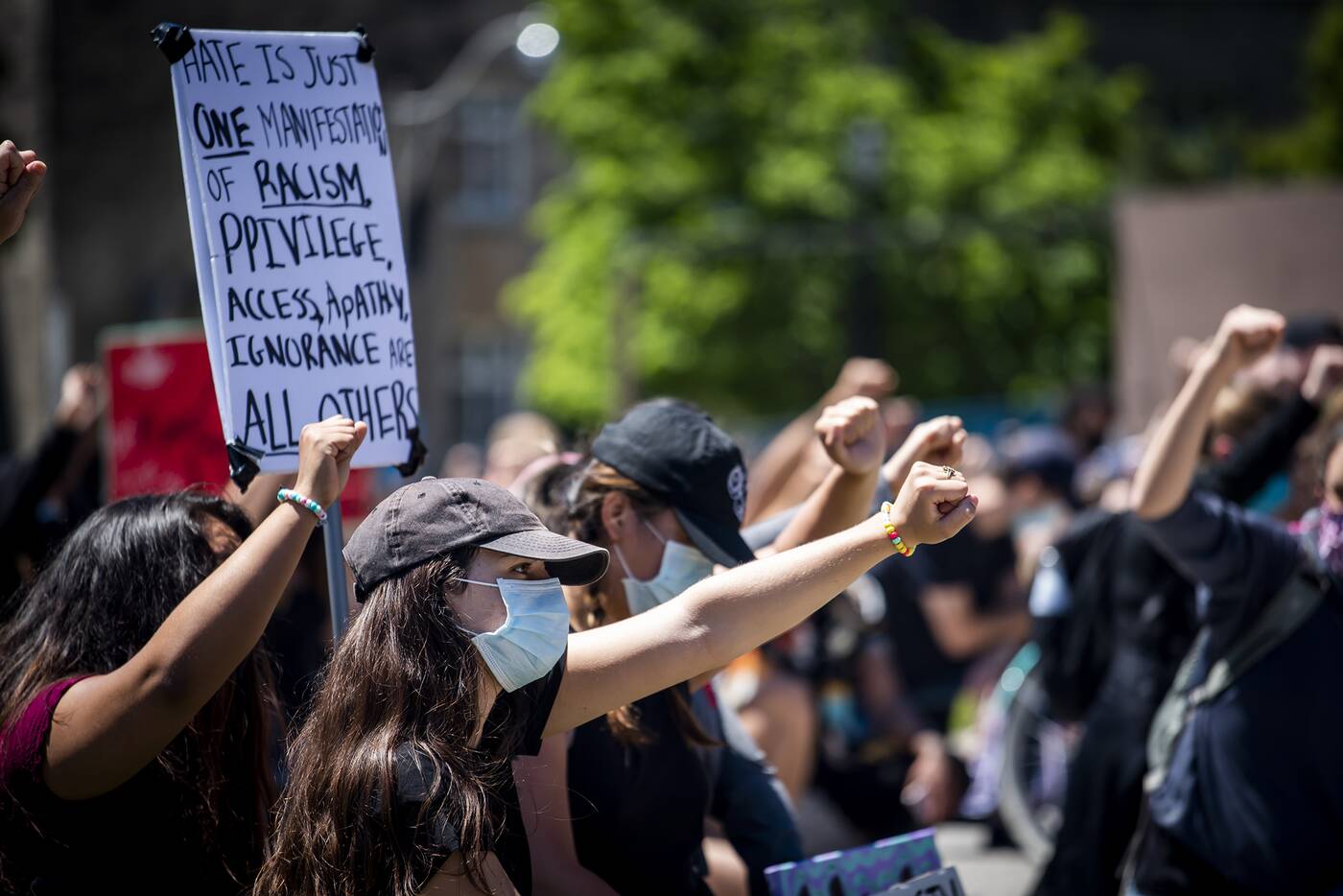 The march today marks the third weekend of protests in Toronto, joining rallies happening globally in the wake of George Floyd's killing by American police and the death of Toronto woman Regis Korchinski-Paquet, which is still being investigated.