Outdoor fire pits in Toronto do exist and nothing says summer like a bonfire chill sesh around one of them, but these are no ordinary times.

Nearly 30 parks around the city are home to fire pits, all of which — in a pre-pandemic era — could be booked fairly easily during normal circumstances.

And people have been seen using those pits in recent weeks — residents in The Beaches, for example, have reported multiple people using the pit at Orchard Park (and leaving garbage behind, no less) despite calls from health officials to help curb community spread. 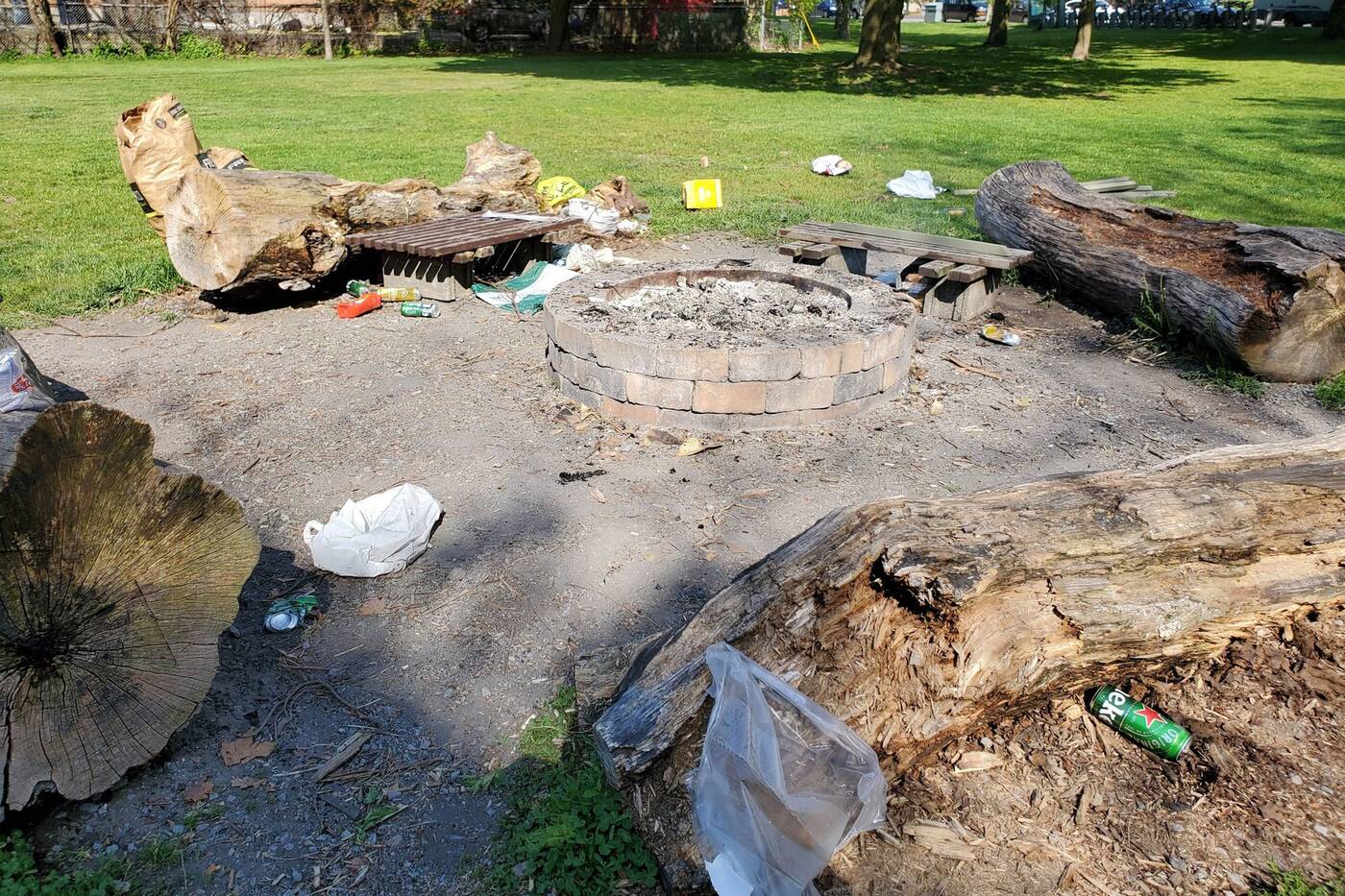 Using fire pits at Toronto city parks is currently illegal, though people appear to be using them anyway, and leaving garbage behind. Photo via Beaches resident of Orchard Park.

But thanks to a global virus that's claimed more than 2,000 lives in Ontario, the City of Toronto says that bonfires in parks and green spaces are not allowed.

According to a city spokesperson, permits are no longer being issued, meaning no one should be using the fire pits at all, full stop.

"The COVID-19 enforcement team is patrolling parks and the waterfront to ensure compliance," said the city spokesperson.

Anyone caught at a bonfire risks getting a $300 fine. And if you spot a bonfire or hazardous debris being left behind, make sure to call 311.

It appears we'll have to sacrifice this beloved tradition for the summer, and maybe even into fall. Goodbye, bonfires at Toronto Island (not like we can go there anyway).