Crowding at shuttle bus stops in Toronto can be significantly heavy when we're not in the middle of a pandemic — so now that we are, the congestion is more dangerous than ever.

The TTC deploys shuttle buses when there are issues with the subway, as most of you likely know from experience. And though many would assume that the significant drop in ridership would mean delays and closures are no longer a factor, mishaps and issues can still happen at any time.

On Tuesday, for example, an injury on the tracks forced the TTC to shut down Line 2 between Pape and St. George stations.

UPDATE: Line 2 Bloor-Danforth: No service between Pape and St George while we respond to an injury on the tracks. Shuttle buses are operating. https://t.co/HvO9iXQcnc

The transit agency replaced the service with shuttles, but various photos from the day show a dangerous level of crowding at stops, with little to no enforcement of social distancing. 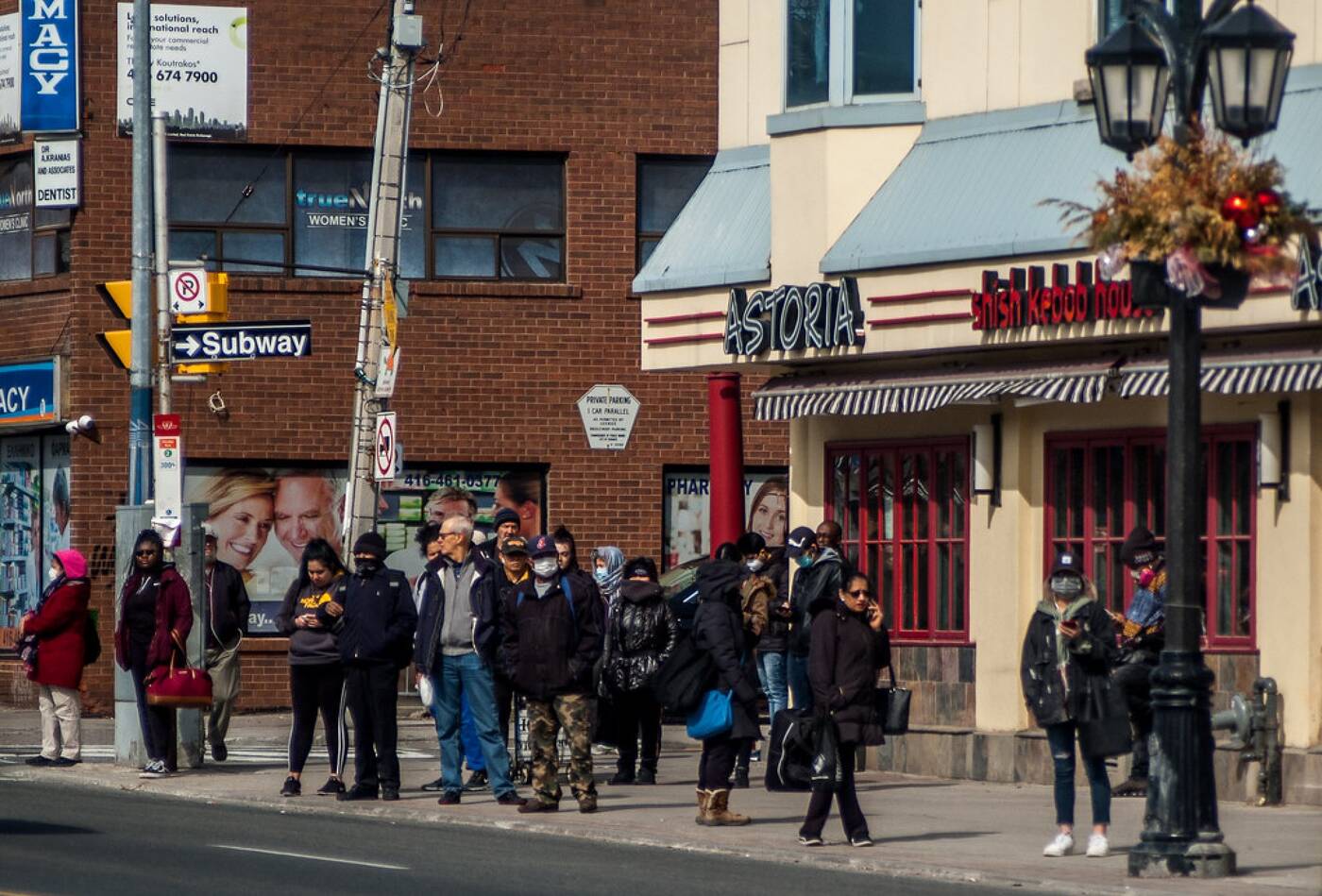 Riders were forced to wait outside for shuttles, leading to congestion and crowds at a time when everyone is meant to be keeping a two-metre distance from one another.

The #TTC shuttle buses from Keele to St. George are causing people to stand too close to each other waiting for the buses. And there’s no one to enforce social distancing. pic.twitter.com/XrtbEmRfFH

While many Toronto residents are fortunate enough to be able to stay home amid the COVID-19 outbreak, many essential workers still need to use the TTC to get to work every day.

And that's exactly why one Toronto resident thinks only essential workers should even be allowed to use the transit system right now.

"@TTChelps so how exactly are shuttle buses going to work when you can have more than like 10 people on a bus," one commuter, who used the TTC Tuesday, wrote on Twitter.

"This is exactly why only essential workers should be allowed to use TTC right now."

The TTC Customer Service Twitter account responded to the tweet, indicating that they were attempting to provide enough service to allow for physical distancing and if one vehicle was crowded, another was sent along shortly with more space.

Still, the issue of crowding while waiting for the shuttles remains.

Meanwhile, another Toronto resident wrote on Twitter that shuttle bus crowding is one of the reasons she worries about the city reopening.

"One thing that very much worries be about 're-opening' Toronto is how we are all going to get to work. My TTC bus operated regularly and deliberately over capacity. The subway is always crowded in the morning, sometimes obscenely. And that's when everything goes right," she said.

"When things go wrong, like when there's a power problem or the subway goes down and replacement shuttle buses are called, overcrowding is unsafe at regular times. How will the TTC manage this? How will the city and province protect workers as they navigate this?"