Toronto announced plans to build a massive 16 km linear park running from the Don River Ravine to Rouge National Urban Park in Scarborough back in 2018, and brand new visuals and renderings offer a glimpse into what The Meadoway might look like once completed.

"Toronto and Region Conservation Authority (TRCA) has partnered with Perkins and Will and Future Landscapes to develop a visualization toolkit that demonstrates the potential future look and feel of The Meadoway," the park's website states.

"The goal of the toolkit is to amplify and celebrate The Meadoway through a compelling visual identity and narrative. It includes conceptual renderings, sketches and animations."

New conceptual renderings include before and after photos of what different sections of the park may look like once completed.

For example, a rendering of Givendale Gardens shows an area filled with plants and flowers with a trail weaving through it. 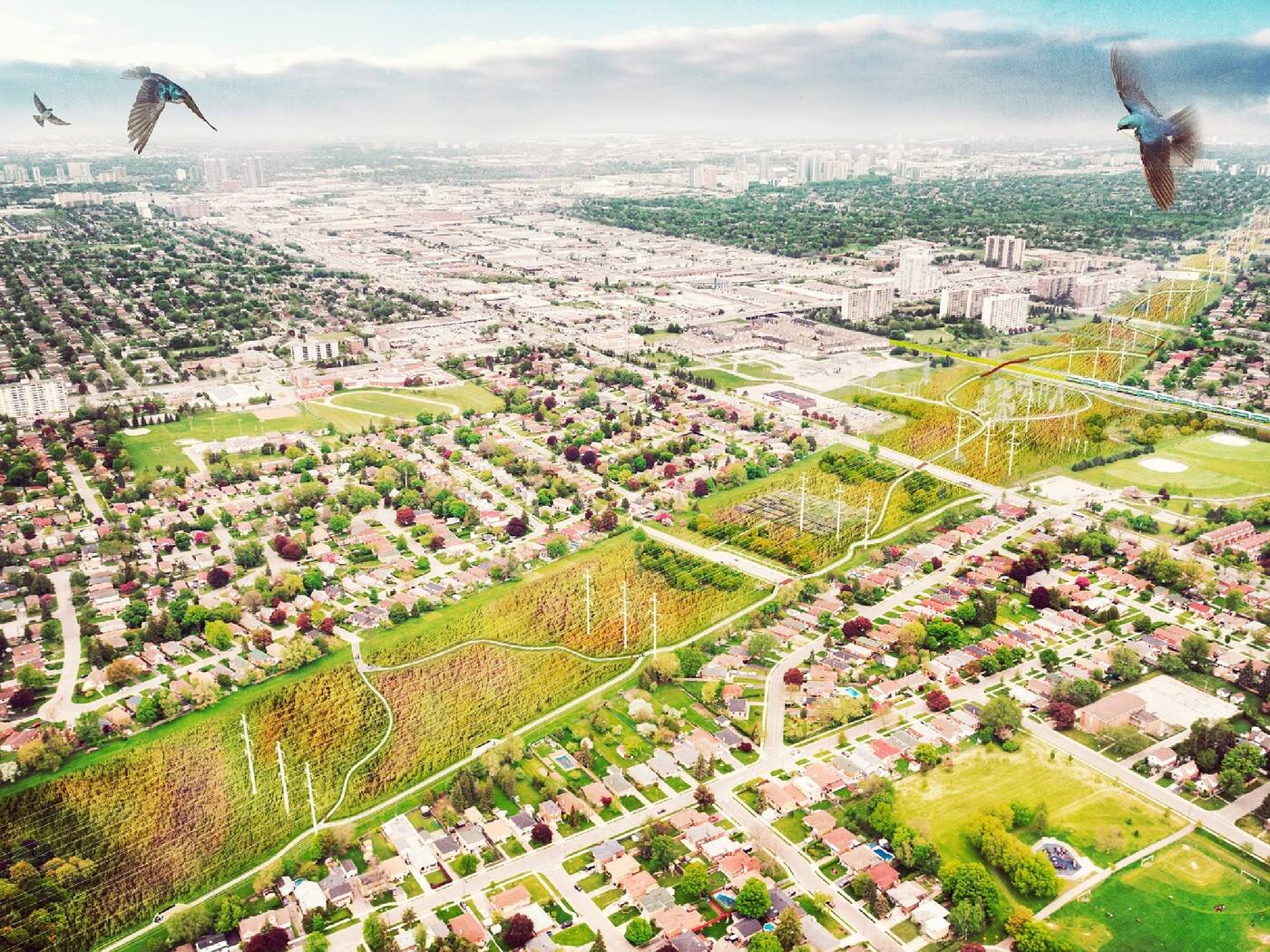 A rendering of the Wetland Zone shows a wooden walkway with pedestrian seating and educational signage. 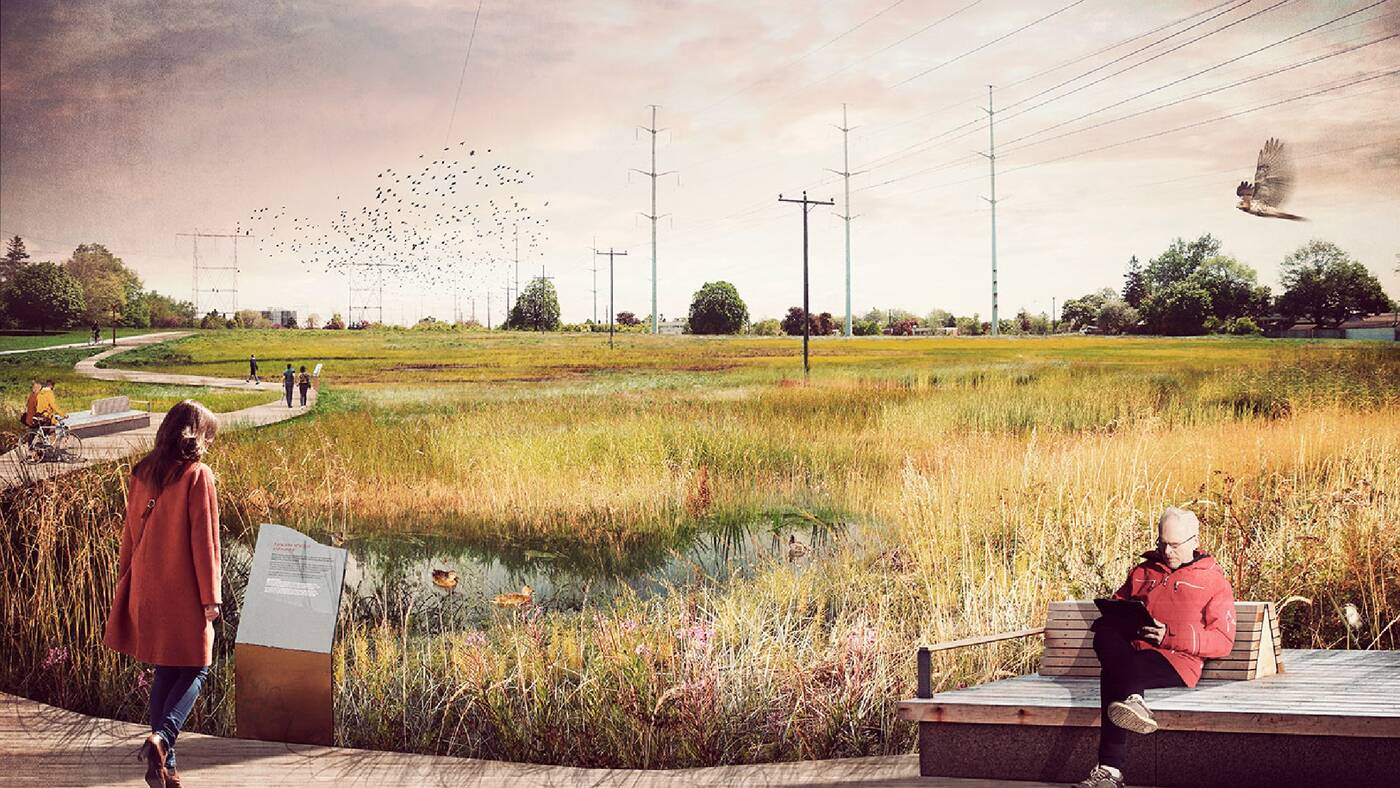 Another rendering includes images of urban agriculture, with a previously empty area filled with gardens and plants of all kinds. 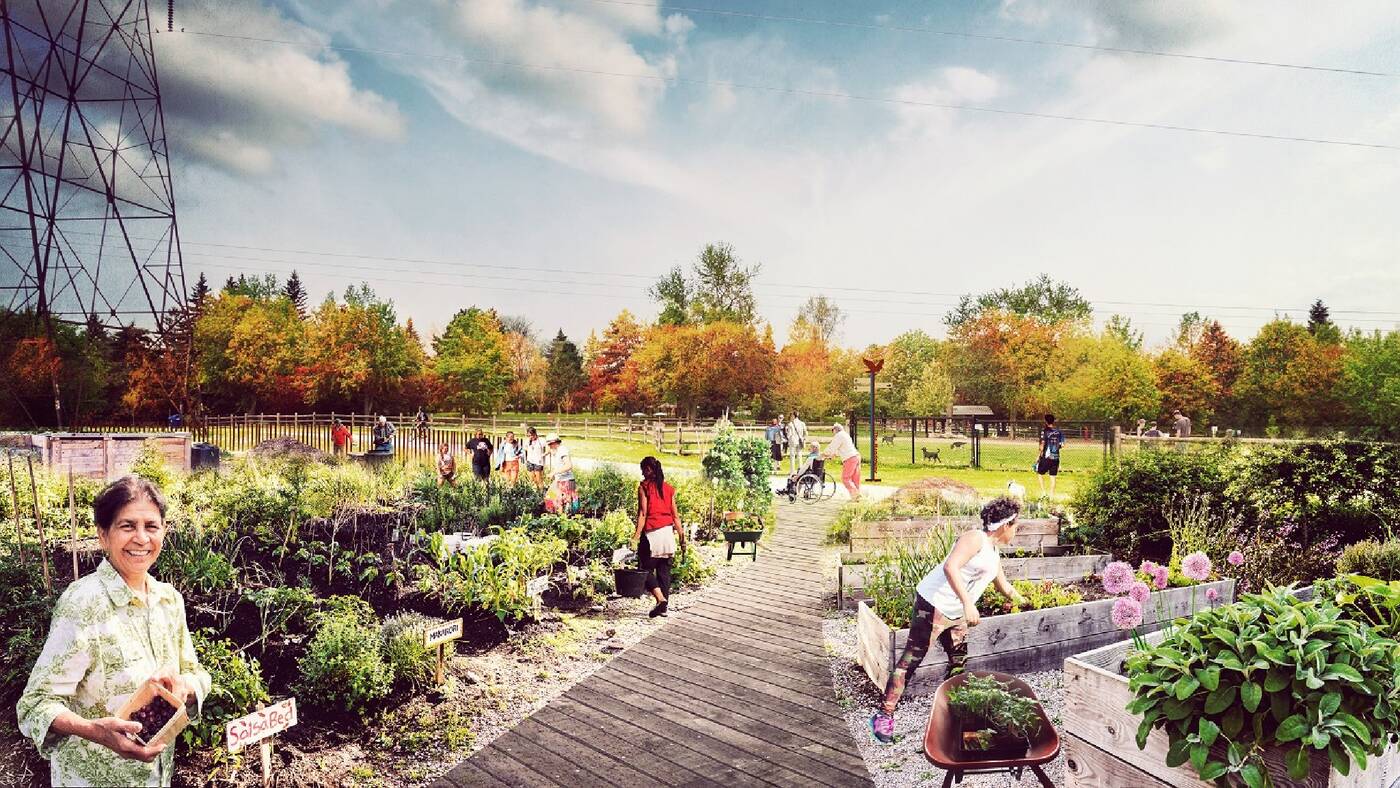 A new video posted to Twitter indicates that the design is grounded in six principles: Natural Environment and Education, Blueprint for Revitalization, Recreation, Connections, Transportation, and Community and Public Realm.

"What's The Meadoway going to look like when it's done?" You asked, we answer! We let this stunning video do the talking. #mymeadoway #biodiversity https://t.co/tS9K2fF2Kl

The stretch of land where The Meadoway will eventually live is currently considered a "hydro corridor," meaning it's completely unoccupied save for power lines.

The Meadoway is also included in the city's new Ravine Strategy as it will eventually be part of the new 81 km-long multi-use trail that'll weave through the city.

Once completed, the $85 million project will become one of Canada's largest linear urban parks. It will connect four different ravines, 15 parks, 34 neighbourhoods, over 500 acres of land and more than 1,000 diverse species of flora and fauna.