Upon viewing one of the ads from Toronto's latest public awareness campaign, you'd be forgiven for thinking it was for Clinique, or Olay, or some other skin care giant.

"Introducing the world's first aging cream," reads one, showing an image of a face cream jar next to some tools in muted colours.

"Restore up to 5x the confidence on the job. Minimize concerns over your reliability and skillset," it continues. "Increase respect — practically overnight!"

A website and a November 12 launch date were listed at the bottom of the TTC bus shelter ads — until this afternoon, when they were covered up by banners announcing what the campaign is actually promoting. 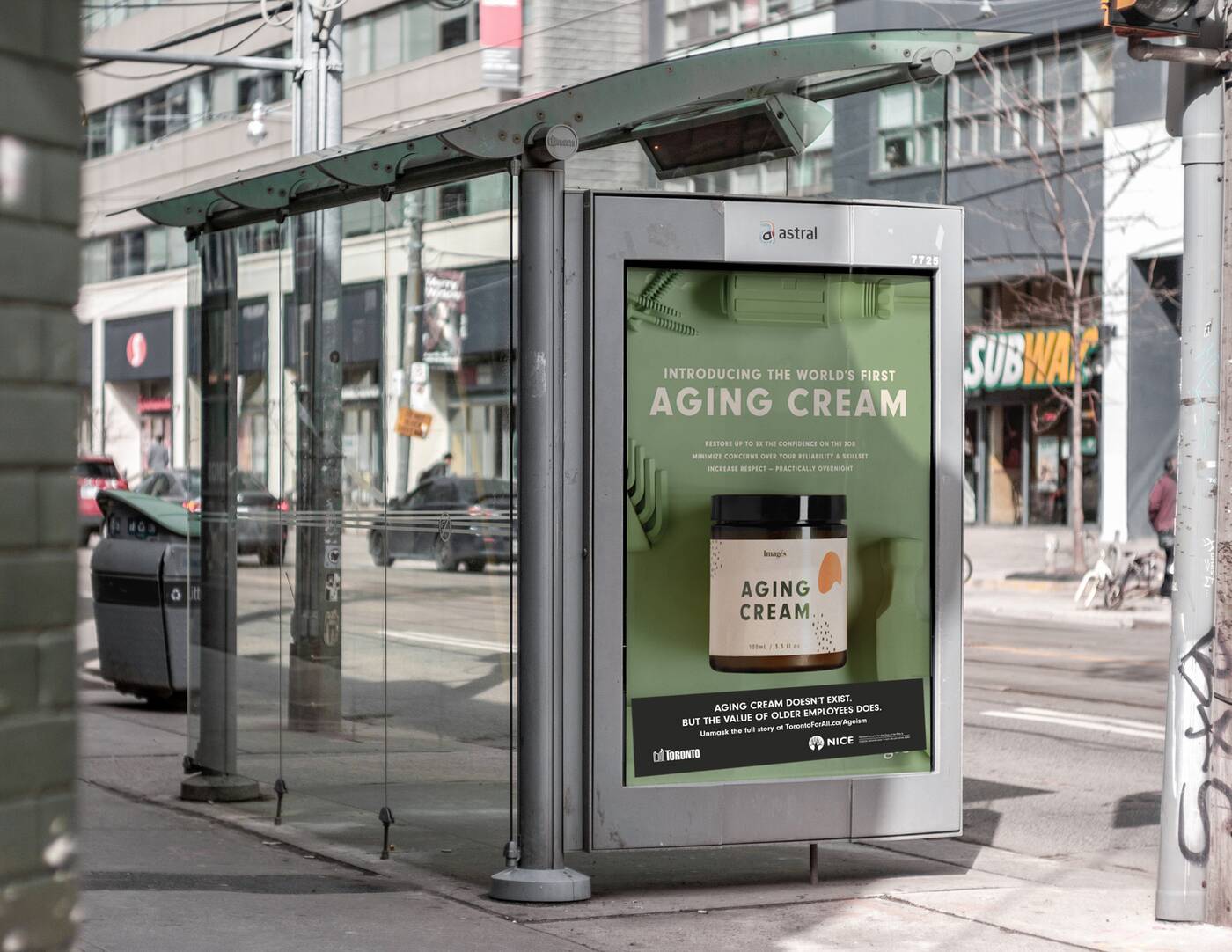 Logos for the City of Toronto and the National Initiative for the Care of the Elderly can be seen on the new stickers, along with a URL linking to a page on the city's website about anti-ageism in the work place.

As it turns out, aging cream doesn't exist. It never did, because who would spend R&D dollars on that?

The value of older people in the work place does exist, however, which is exactly what the posters are trying to get across.

"Ageism is the most socially accepted, normalized and tolerated form of discrimination today," reads the campaign's related website. 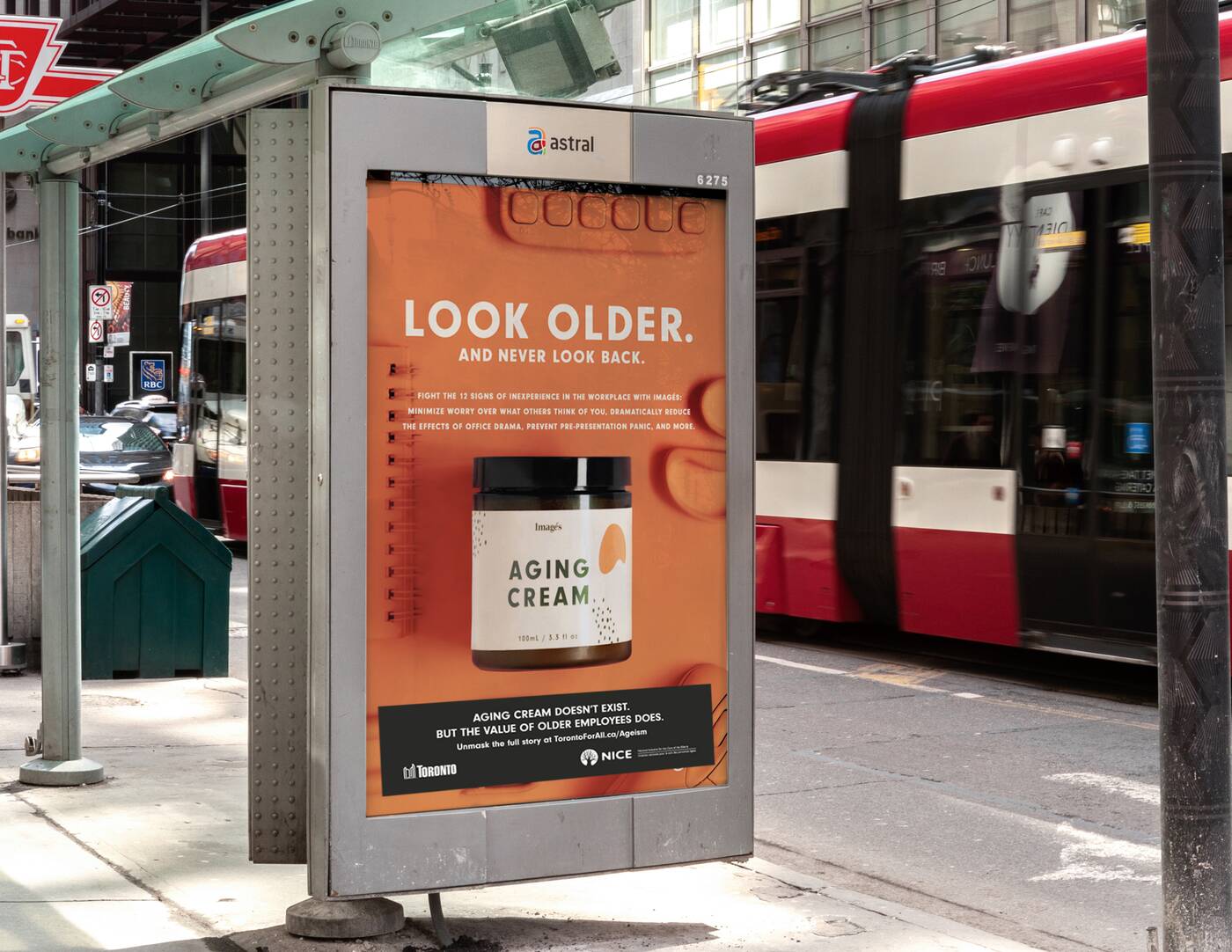 Awareness of ageism can help reduce the negative impacts that discrimination has on older adults. Image via Public Inc.

"Ageism, like racism and sexism stems, from the assumption that all people of a group (i.e. older people) are the same," the site continues.

"Within the workplace, older adults are less likely to be hired, receive training and experience more discrimination than their younger colleagues."

The campaign was produced by the Toronto-based social impact marketing agency Public Inc. as part of the city-sponsored "Toronto For All" initiative — the same one that brought us a fully-enclosed bus shelter to highlight transit accessibility issues last April.

Along with the bus shelter ads, Public Inc. produced a video showing how Toronto citizens reacted upon being presented with the idea of an "aging" cream.

"Why would I want to look older?" asks one gentleman.

People of all ages try the cream before getting hit with some realtalk about ageism in the workplace.

Those who are interested in learning more are encouraged to visit the City of Toronto's website for tips on how to combat ageism, and to take the World Health Organization's "ageist attitudes" quiz here.