With hail expected to fall from the sky in a few hours, Toronto just smashed a 17-year-old hot weather temperature record at 31.2 C.

Talk about being all over the place.

Previous to today at 2 p.m., when the new high temperature was recorded at Pearson International Airport, the warmest October 1 Toronto had ever seen was back in 2002.

The temperature that day was 29.5 C, according to Environment Canada — nearly two degrees cooler than what the city has been experiencing today so far. 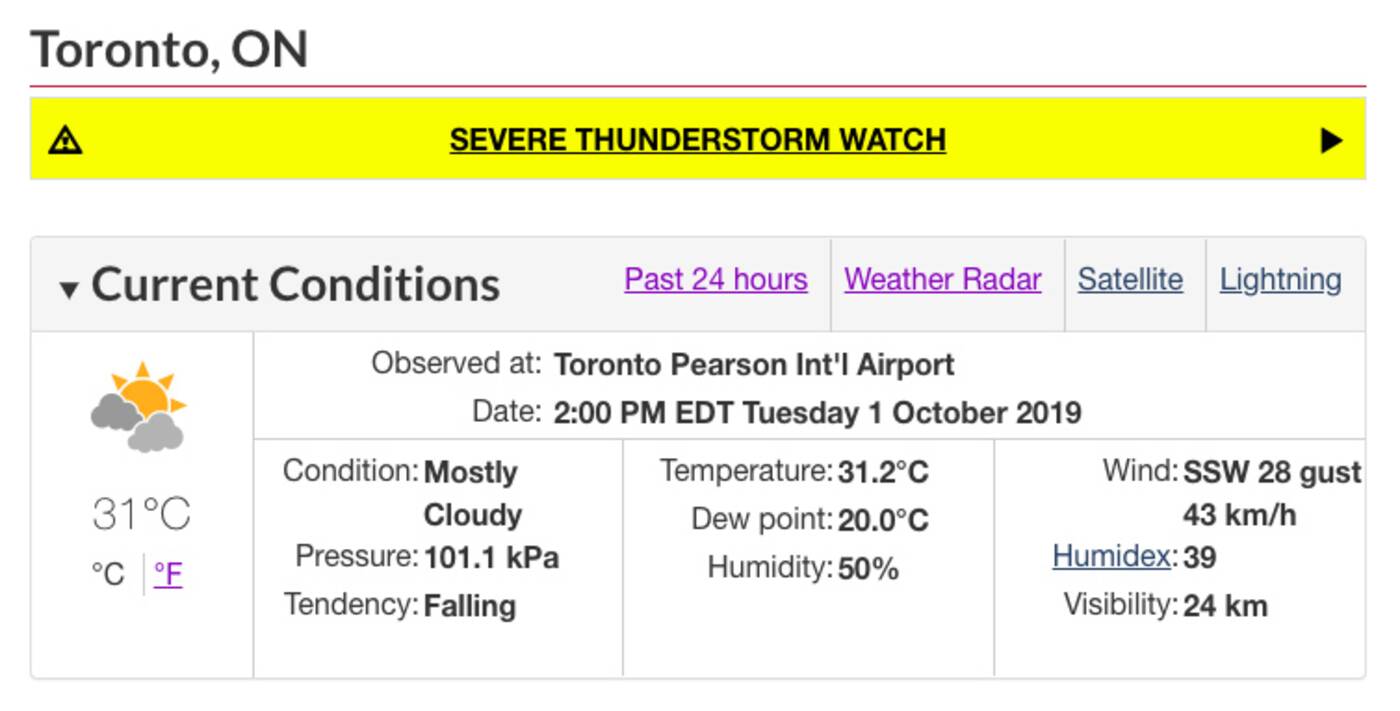 The hottest October 1 previously recorded in Toronto had a high of 29.5 C. Image via Environment Canada.

With the humidex, it feels like a whopping 39 C within Toronto right now, which is undoubtedly atypical for the second week of fall.

Relief is in sight for those who hate the heat, but first a cluster of severe thunderstorms will sweep through Southern Ontario.

Environment Canada says we can expect damaging wind gusts, torrential downpours, frequent lightning, hail and potentially even an isolated tornado before things cool back down again.

By Wednesday night, we'll be sitting pretty at just 7 C. Hold on tight.