If you're one of the almost two-million weekday passengers on the TTC, you might want to check that you won't be affected by an upcoming change.

Starting on Thanksgiving weekend (specifically Sunday, October 13), a few updates are being made to the TTC network.

Flexity streetcars will be officially introduced to the 506 Carlton route, adding the new vehicles to yet another section of the city.

Some route alterations will be made to align with the Junction Area Study:

Overcrowding has also started causing other issues, which will result in changes to some scheduled trips. Several routes will change because of this, including the 12 Kingston Road, the 75 Sherbourne, the 96 Wilson, and more. 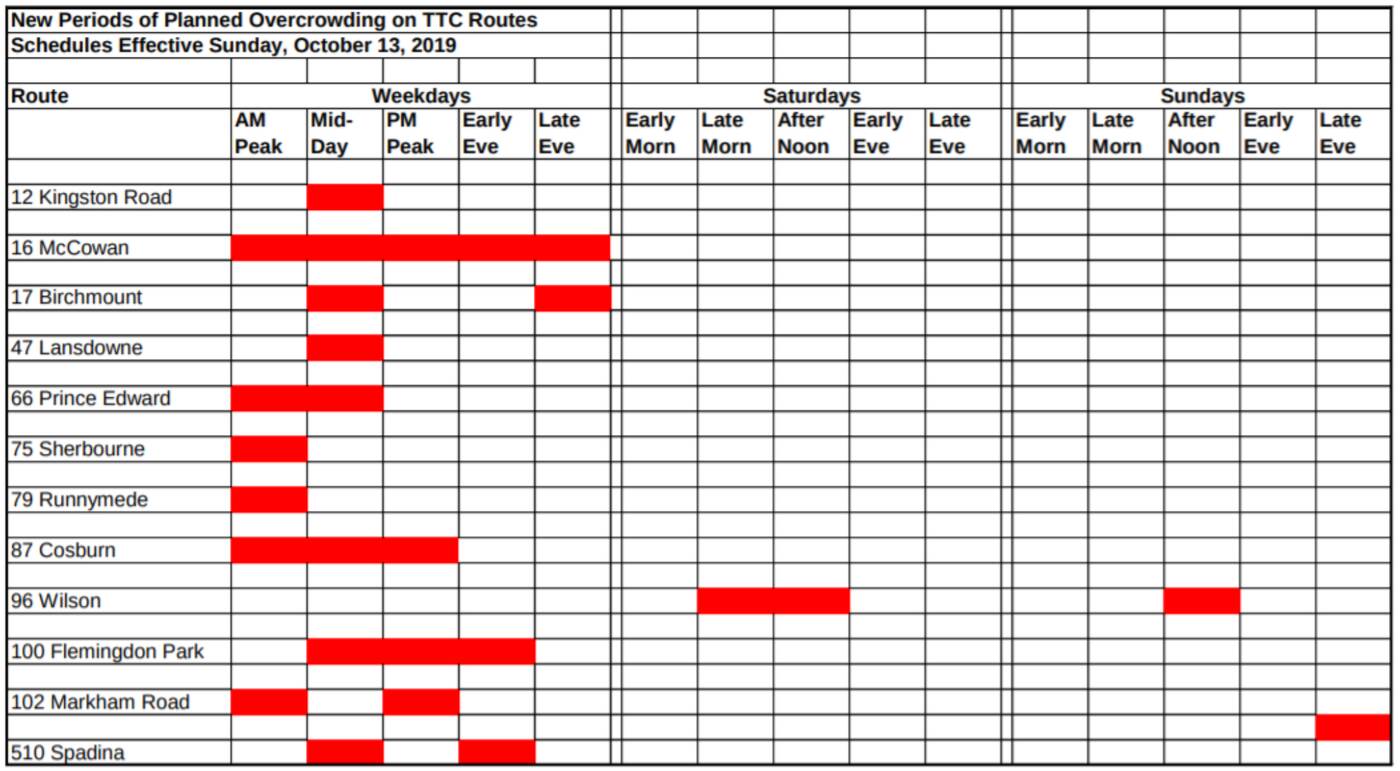 Schedules will change for the 510 Spadina and 509 Harbourfront routes to reflect off-peak periods. Also, overnight service on the 306 Carlton and 310 Spadina routes will be altered to 20 minute-service and 15-minute service, respectively.

Finally, some late-night routes will be removed from the Ten Minute Network.

The full list, as well as all the changes that are occurring due to construction and other issues, can be seen on the TTC website.