Venture north of Toronto's flourishing Junction neighbourhood and you'll find yourself in the Stockyards District, an area with an industrial past on the verge of thriving.

Just south of Weston-Mount Dennis and west of Davenport Village and Rogers Road, and with Etobicoke moments away, the area encompassing the westernmost part of St. Clair West draws influences from all these neighbourhoods. 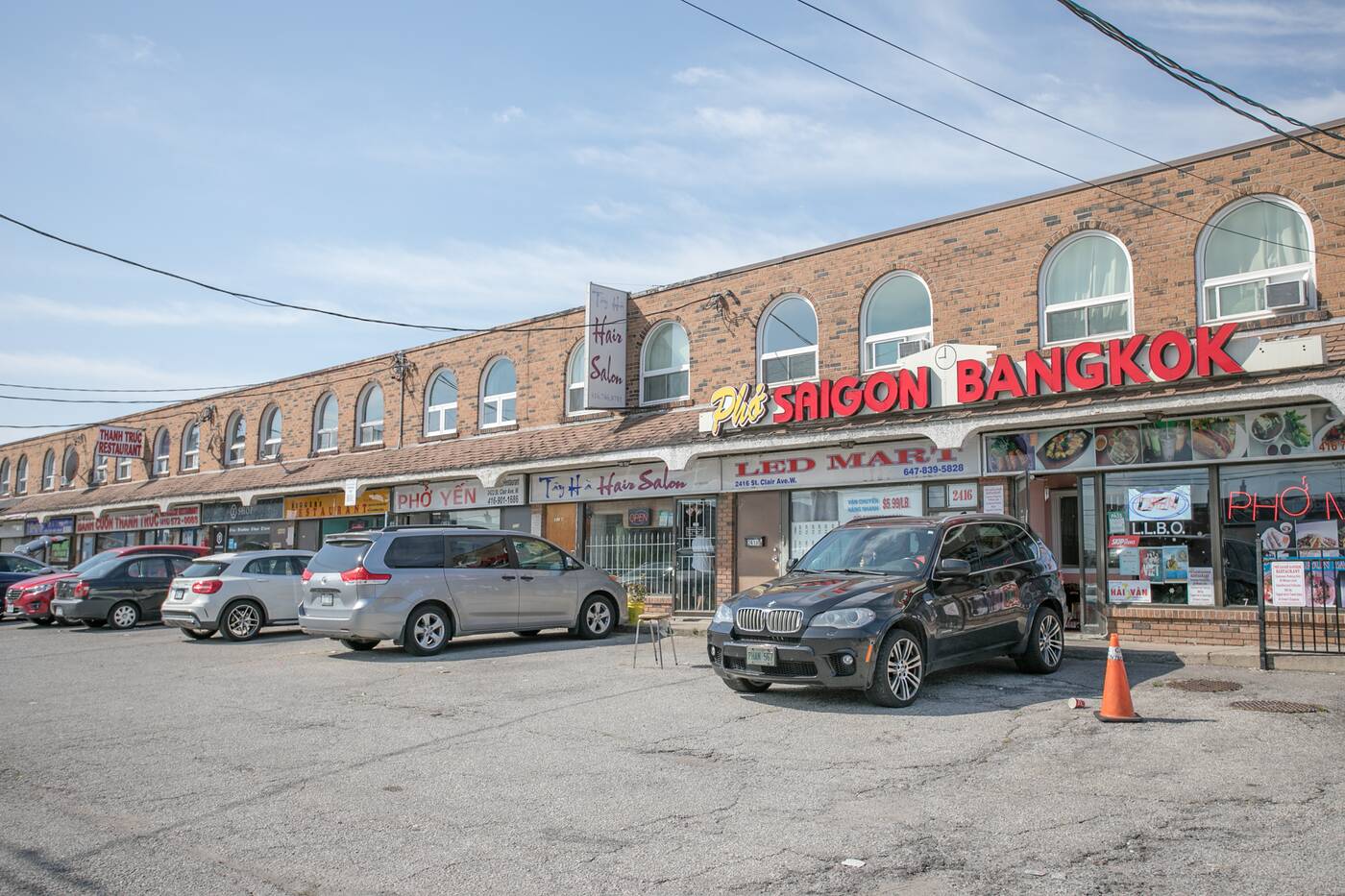 The name is derived from the way this area used to be a major hub for the cattle and pork industry, and indeed there are still meat packing plants chugging away north of St. Clair West. 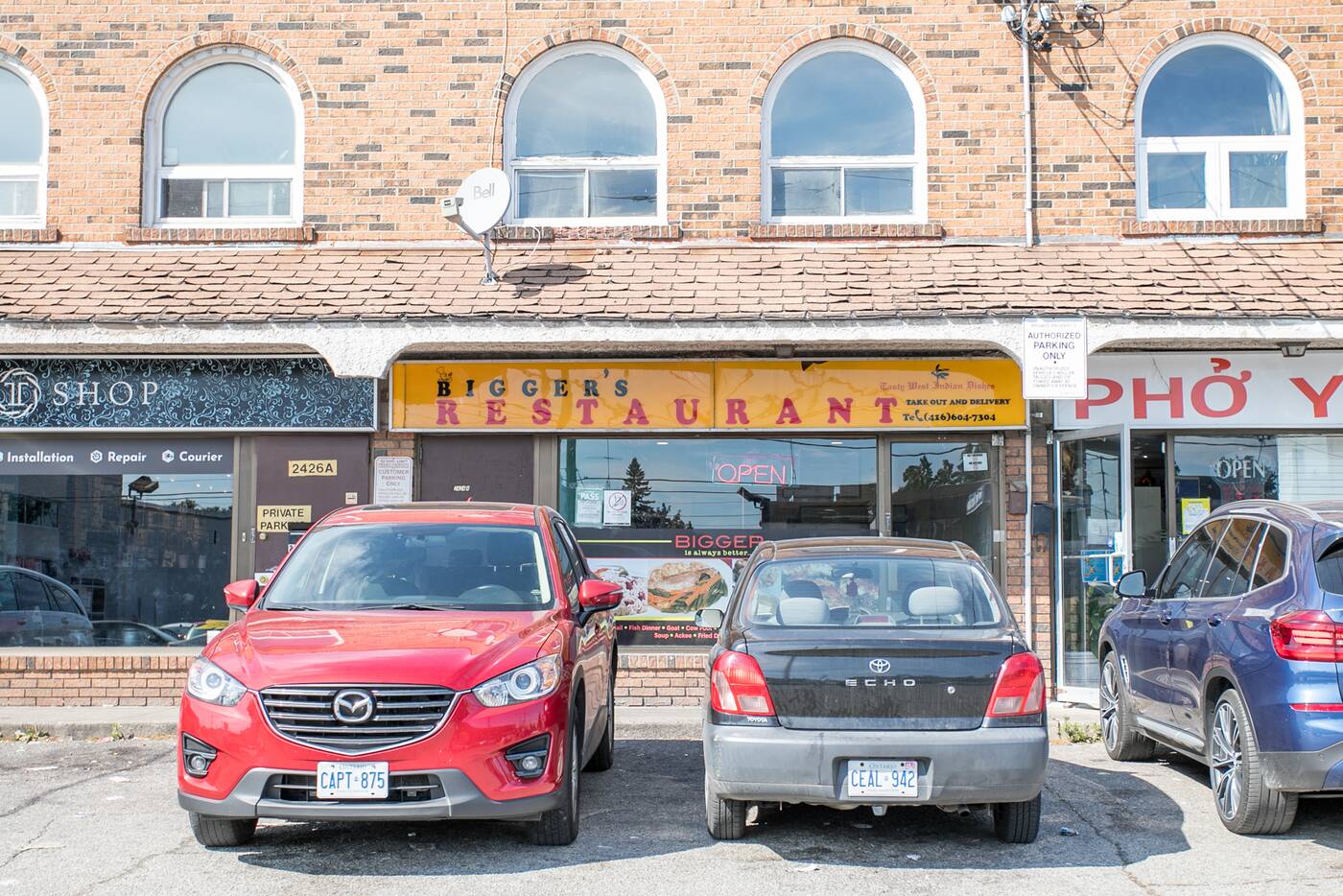 Stockyards is also home to low-key Caribbean takeout places such as Bigger's.

It's now home to edgy breweries, as well as casual restaurants that haven't lost their traditional cultural flair. 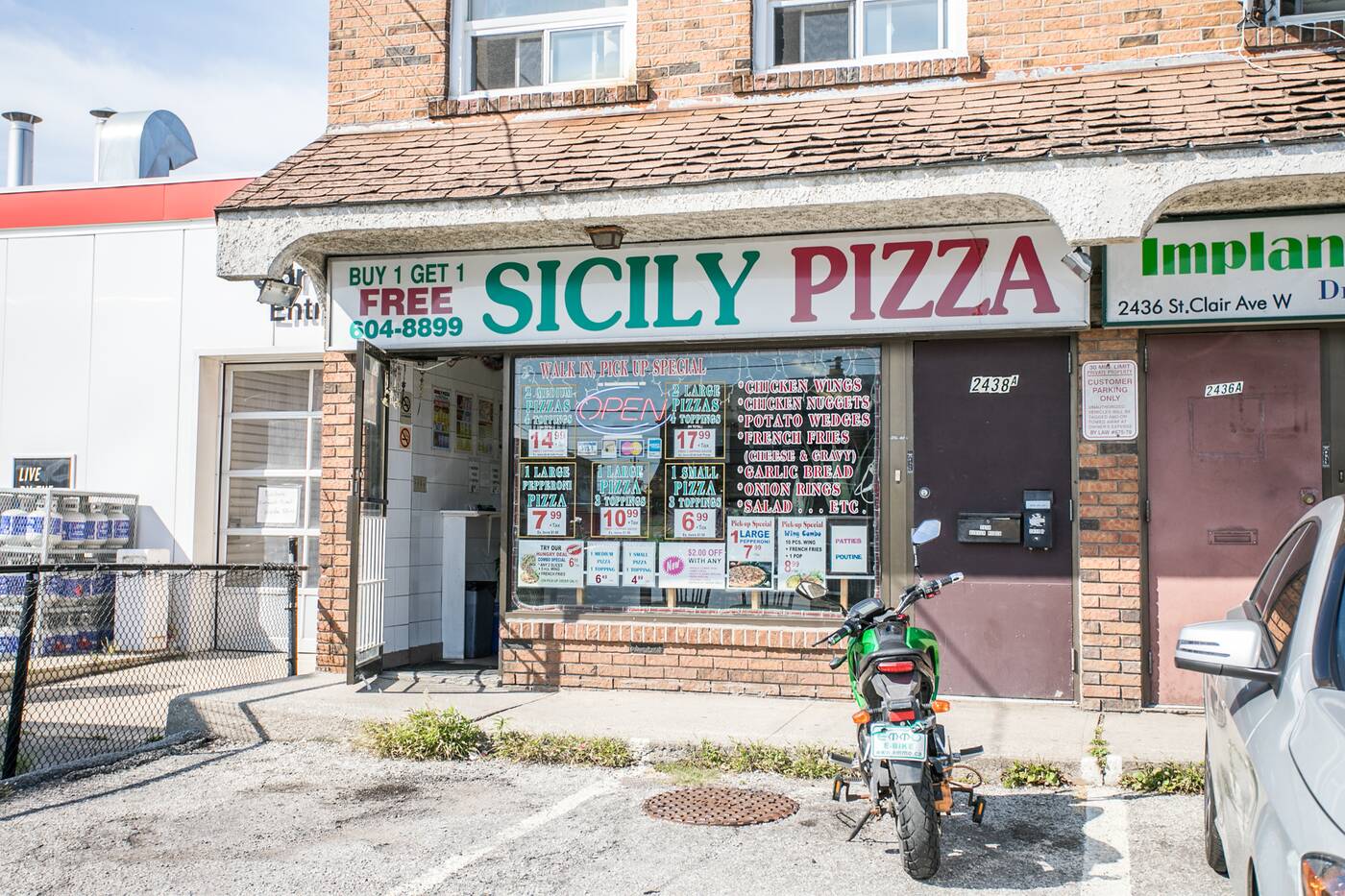 Higher-end restaurants are still few and far between in the Stockyards, making it a great neighbourhood to head to if you're searching for a deal on quality food from pizza to pho to jerk chicken. 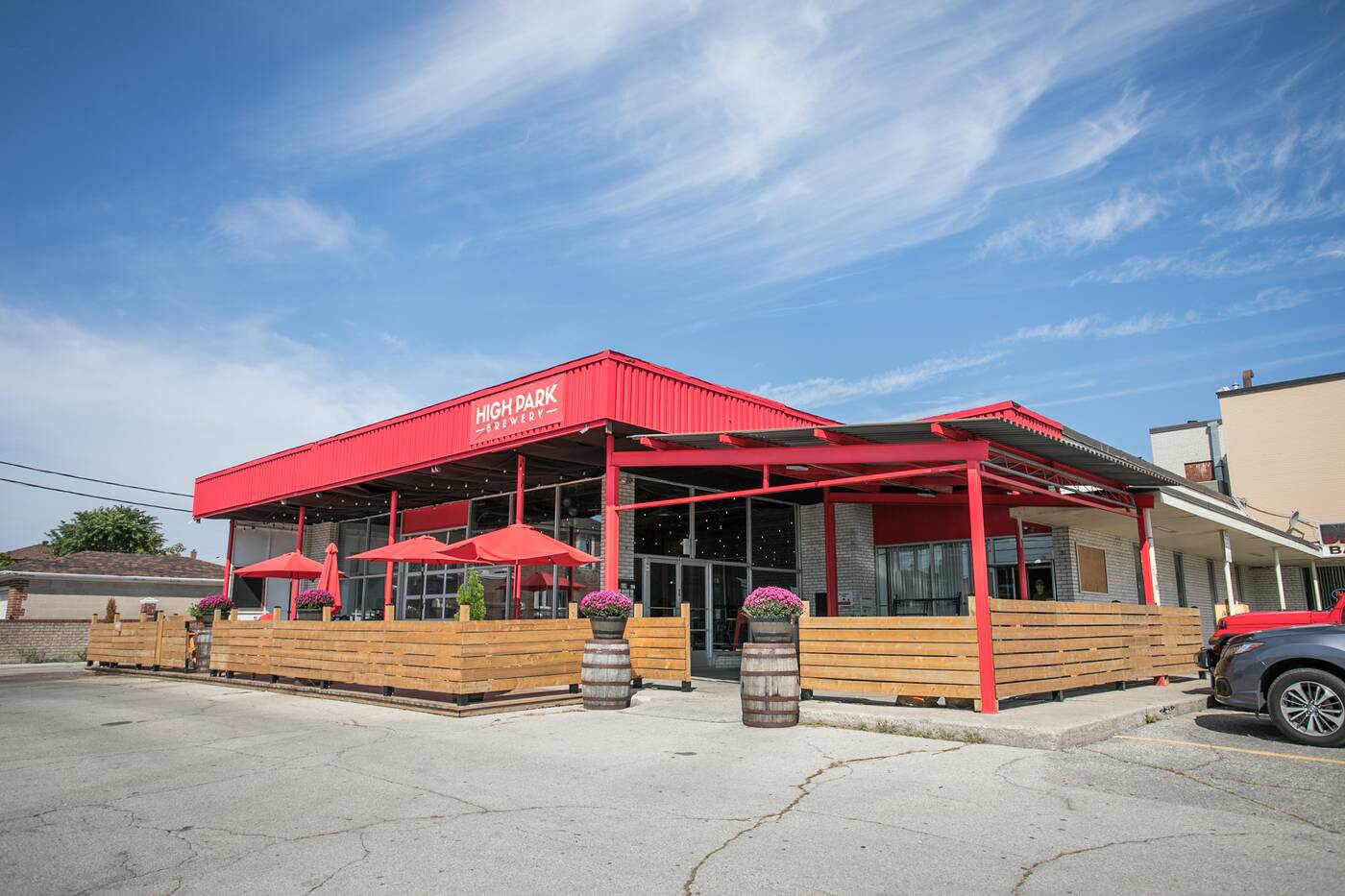 High Park Brewery is conveniently located just up Runnymede, so you can grab a few tall cans to go with your takeout.

Many breweries in the area like High Park Brewery will actually allow you to bring your own food in, making for a cheaper drinking session than buying snacks at a pub. Alternately, of course, it's a one-stop area for grabbing a takeout dinner and a few craft tall cans to take home. 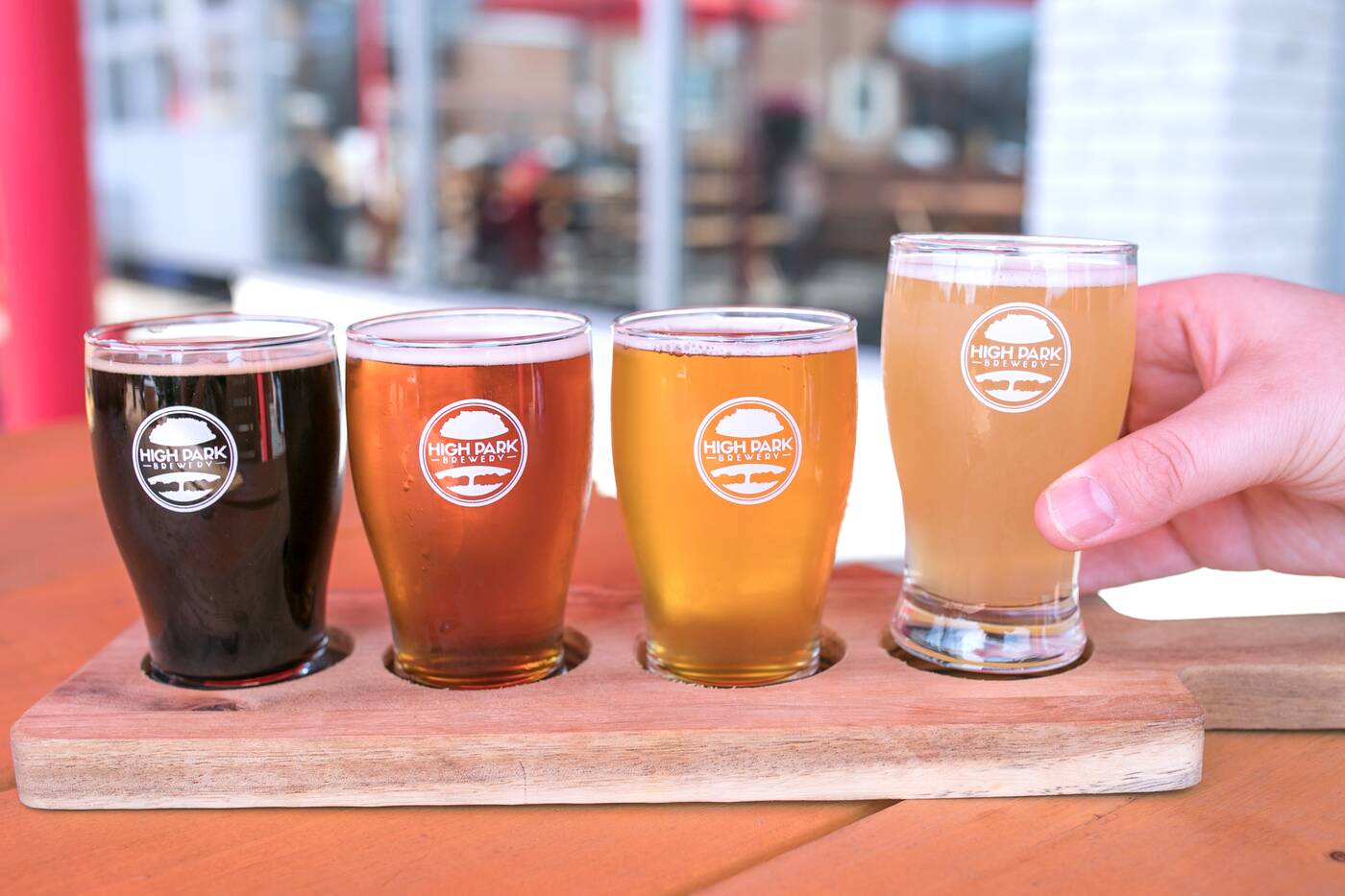 Try a flight at High Park to sample some of their offerings not available at the LCBO.

High Park Brewery itself isn't strictly confined to certain styles of beer, so you can find everything from stouts to saisons to their signature English Pale Ale, a cherry blossom beer or a light gose to suit many tastes and cuisines. 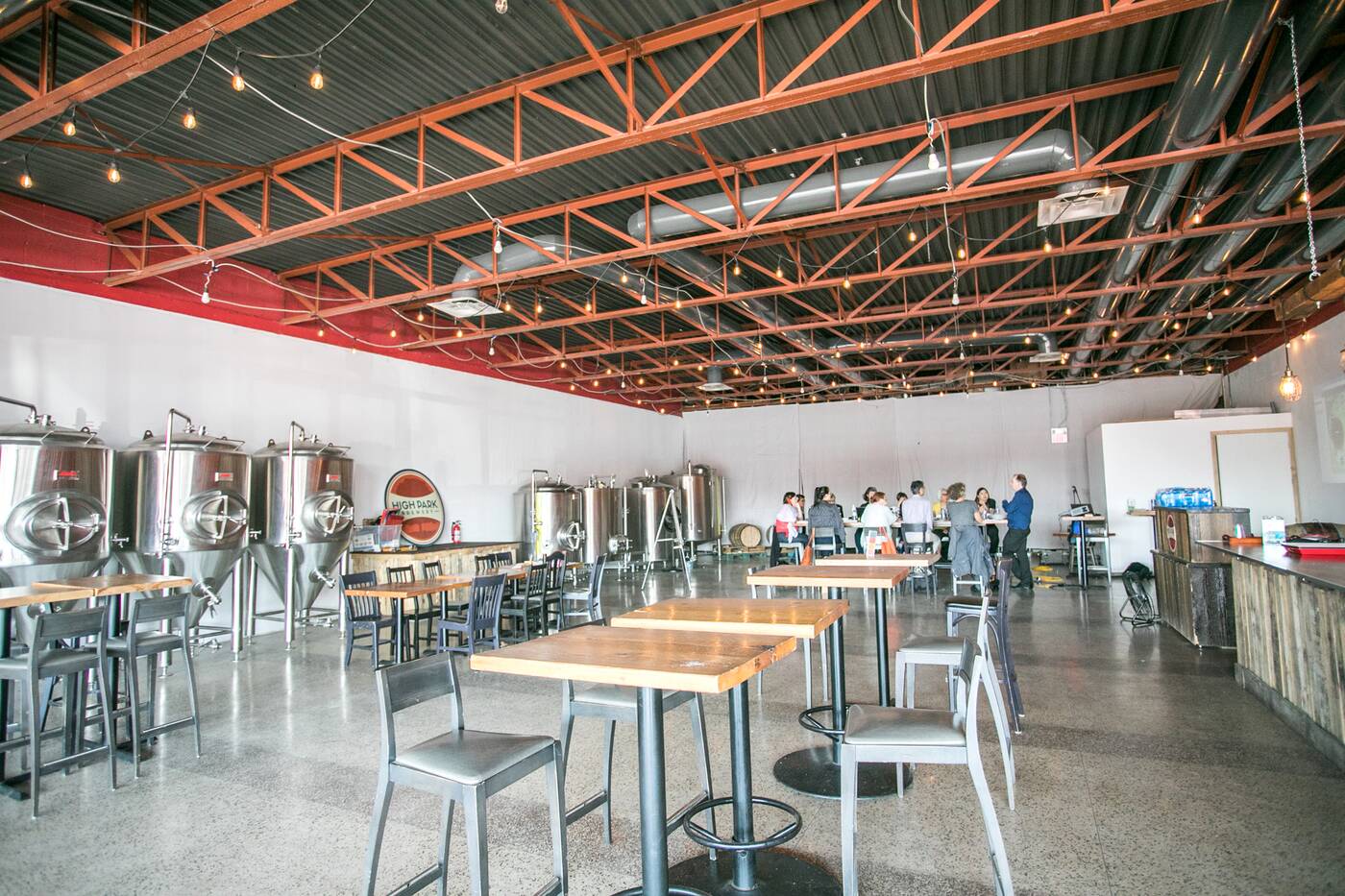 The large industrial space at High Park Brewery is ideal for events.

Events held at breweries like High Park, such as Zumba and pint nights, classes or even weddings provide places for the community to congregate in an area in need of such spaces. 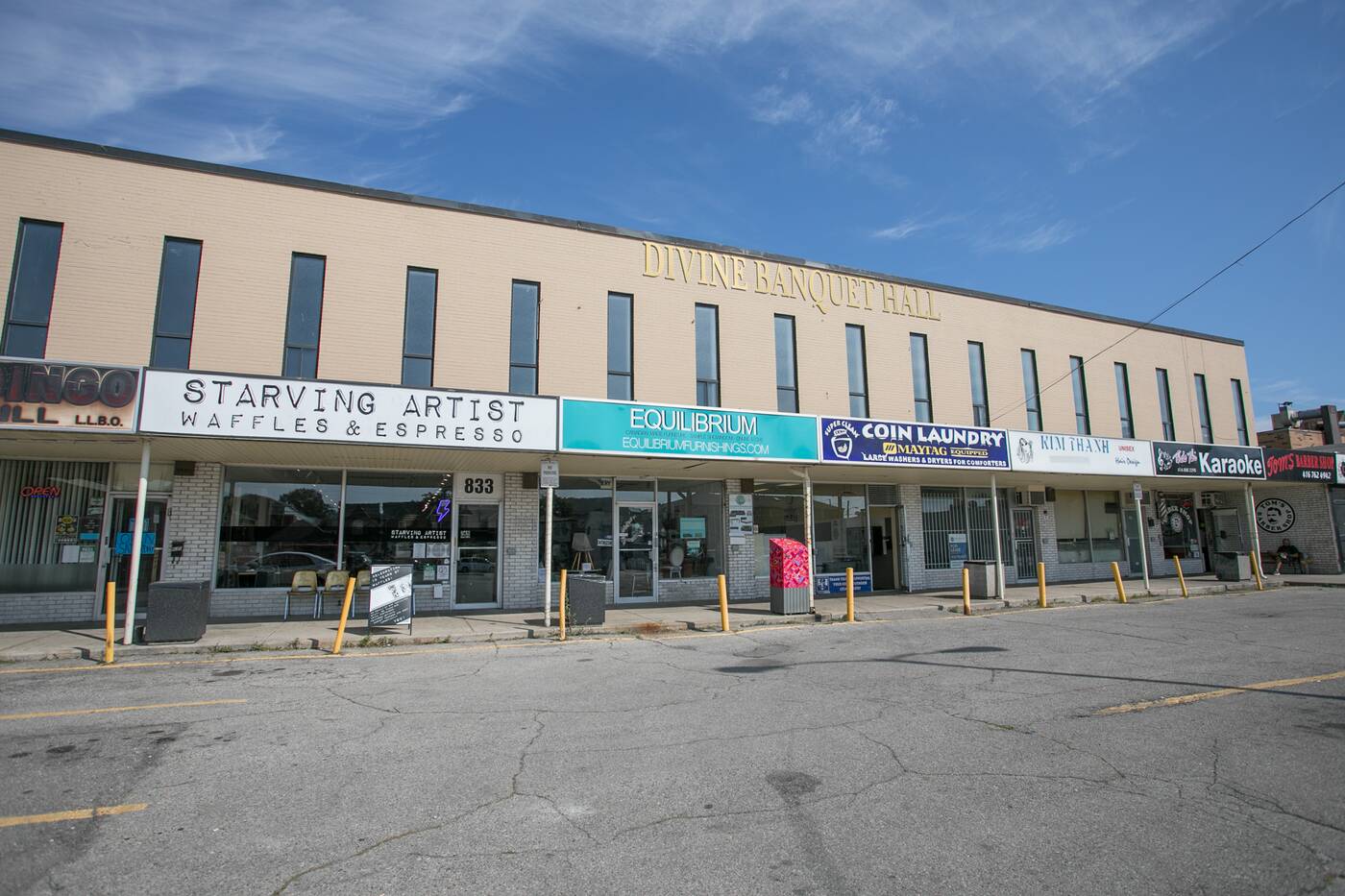 There's even a location of popular local waffle chain Starving Artist hidden away up here.

You might not be aware that there's actually a Starving Artist location in this little block where the Divine Banquet Hall is. Have a whole morning in this one spot by hitting them up for brunch and then having beers out on the small High Park Brewery patio. 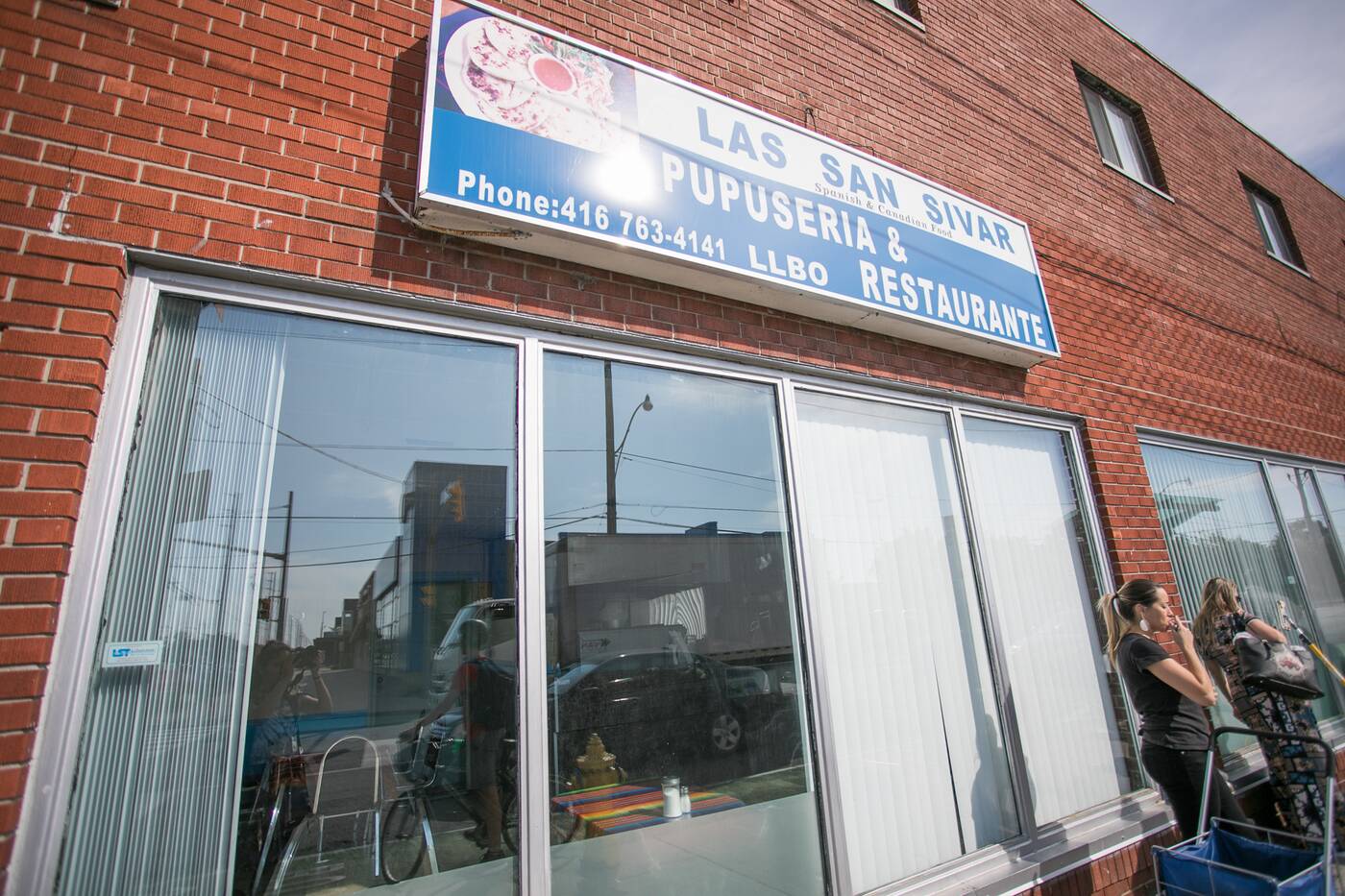 Find Spanish food in the Stockyards at Las San Sivar.

Pupusas can even be found in this neighbourhood at Las San Sivar, a "pupuseria & restaurante" serving "Spanish and Canadian food," though their pupusas are incredible deal for just a few dollars. 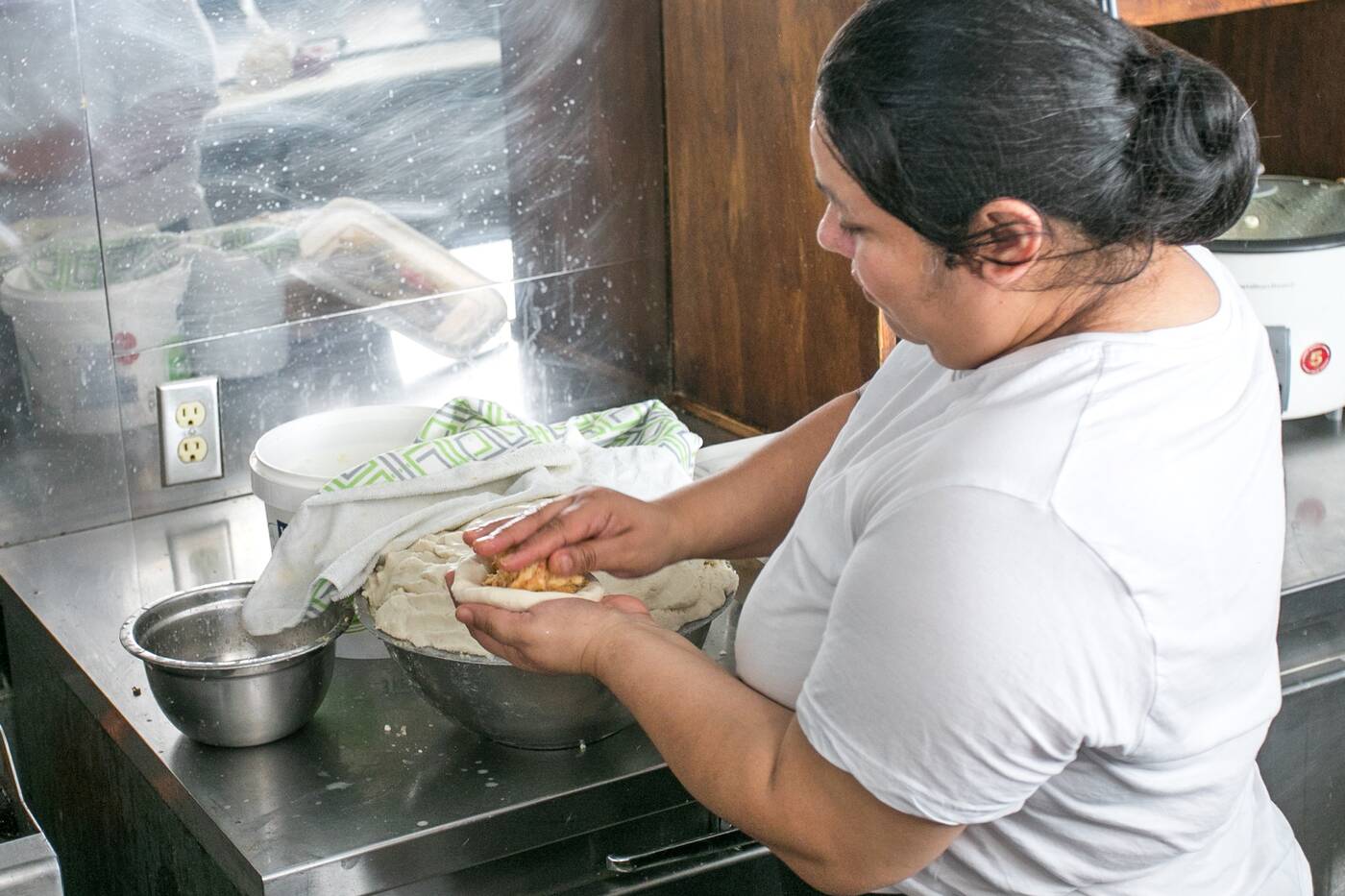 Pupusas being made from scratch at Las San Sivar.

Pupusas are made from scratch by hand and cooked on a tiny grill in house, all in a cramped open kitchen. 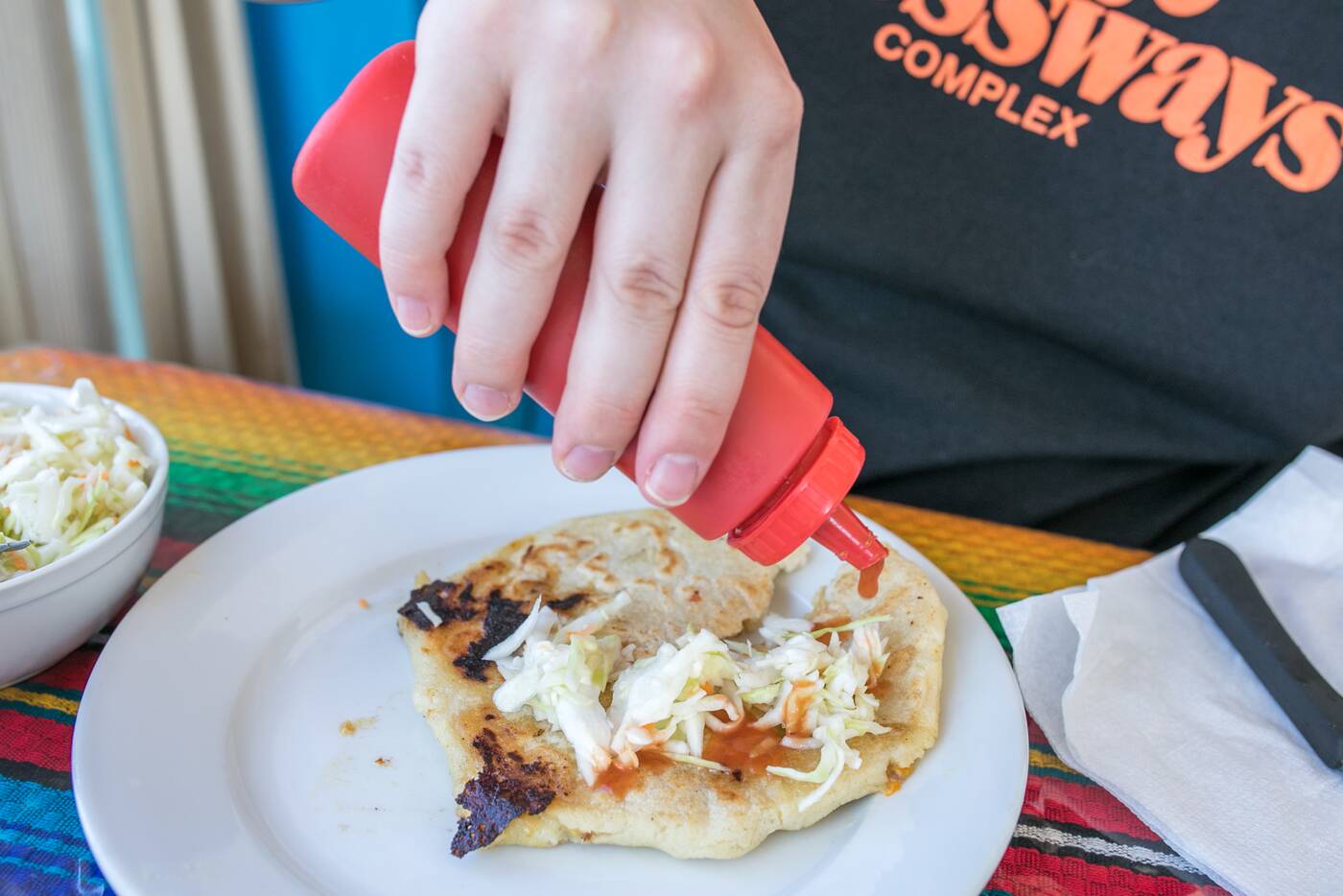 Pupusas make for a cheap filling meal, best topped with curtido and sauce.

They come in simple varieties stuffed with different combinations of cheese, beans and pork. 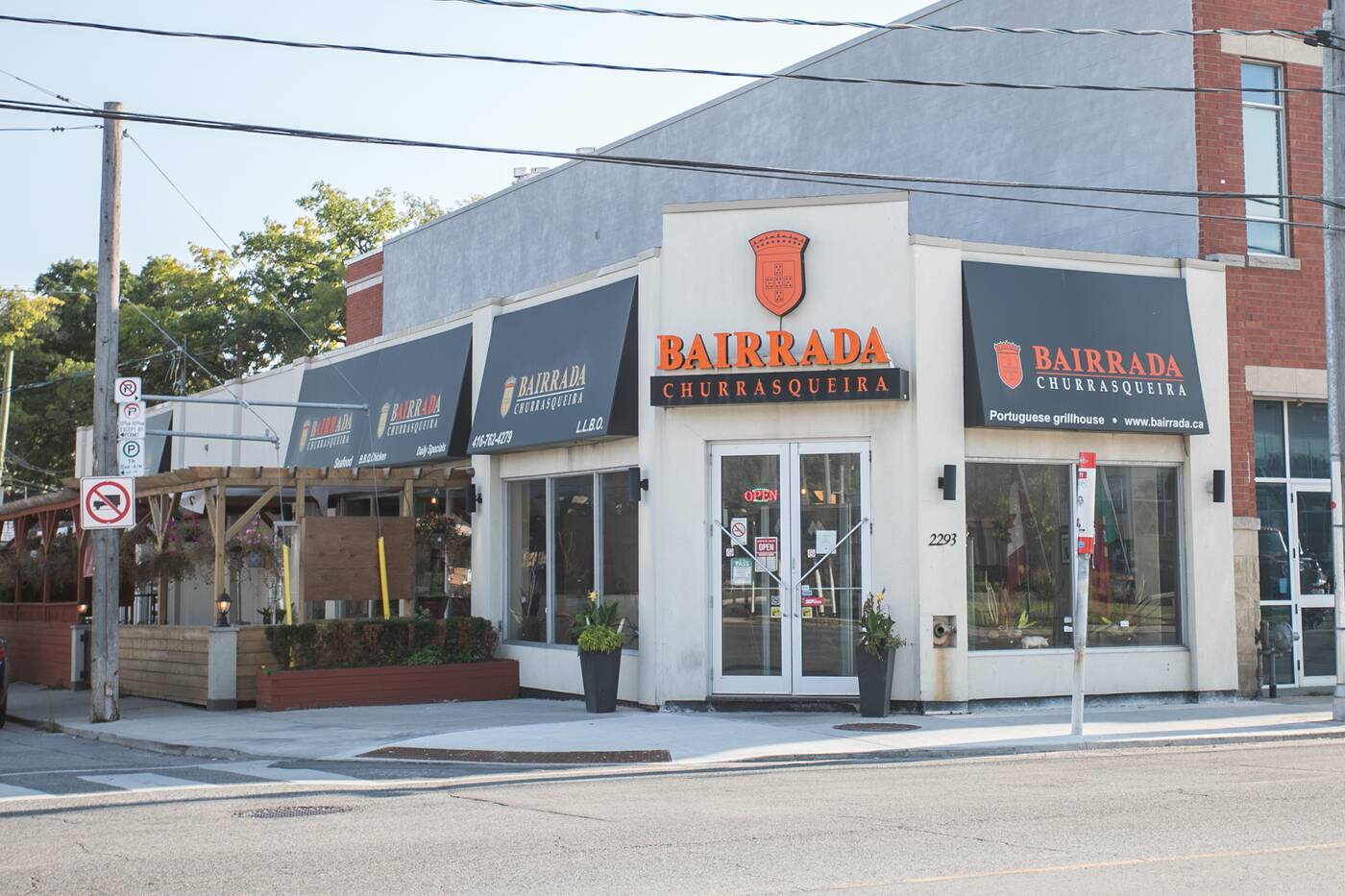 If you're looking for Portuguese and a bit more of an upscale atmosphere, Bairrada Churrasqueira is a small local chain known for their traditional chicken dishes and ability to pull off a fab patio. 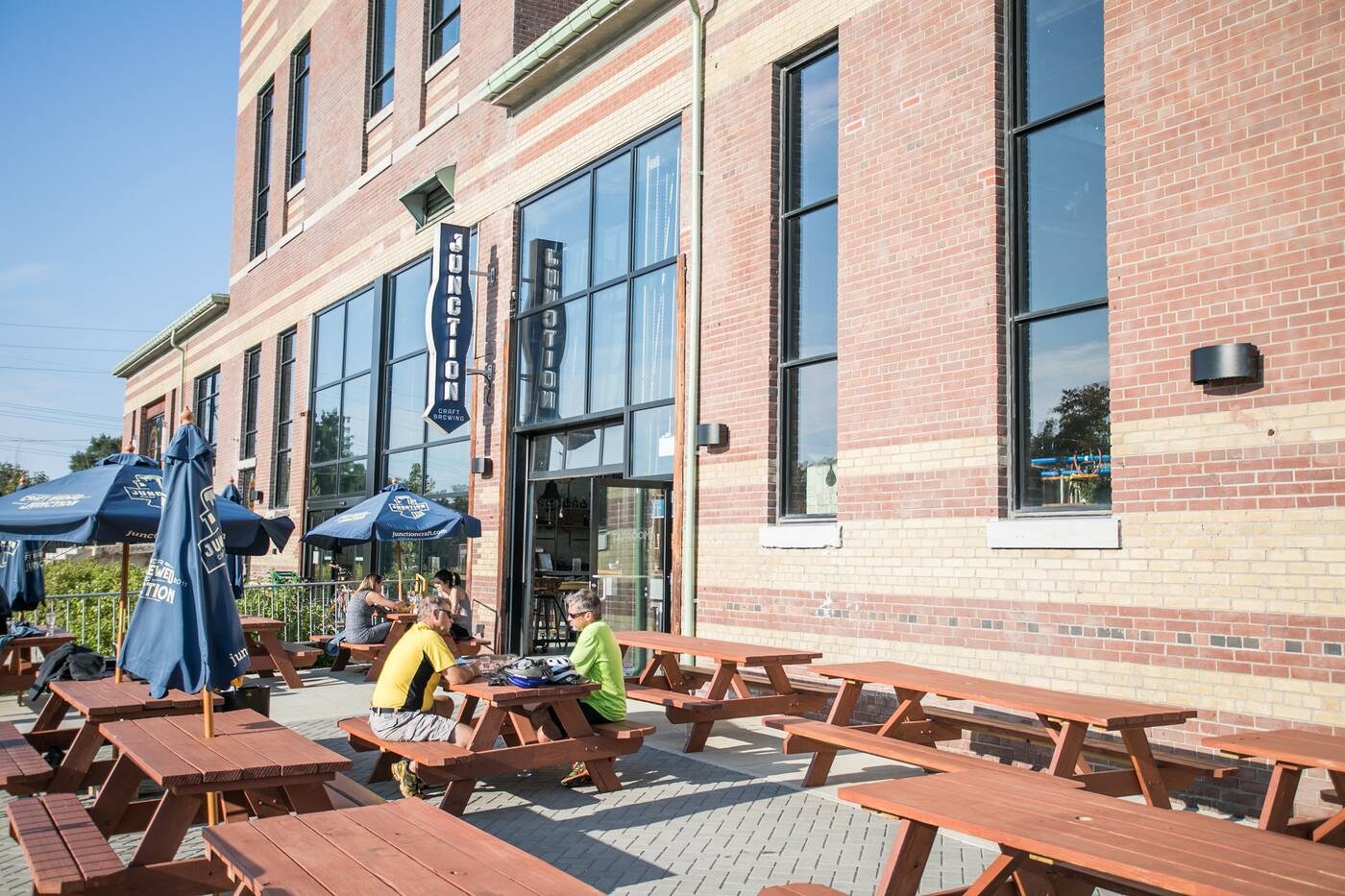 The patio at Junction Craft Brewing in the Stockyards District.

Speaking of great patios...in the summer, there's a mind-blowing one at one of Toronto's most popular craft breweries, Junction Craft Brewing, now nestled in the Stockyards despite its Junction name. 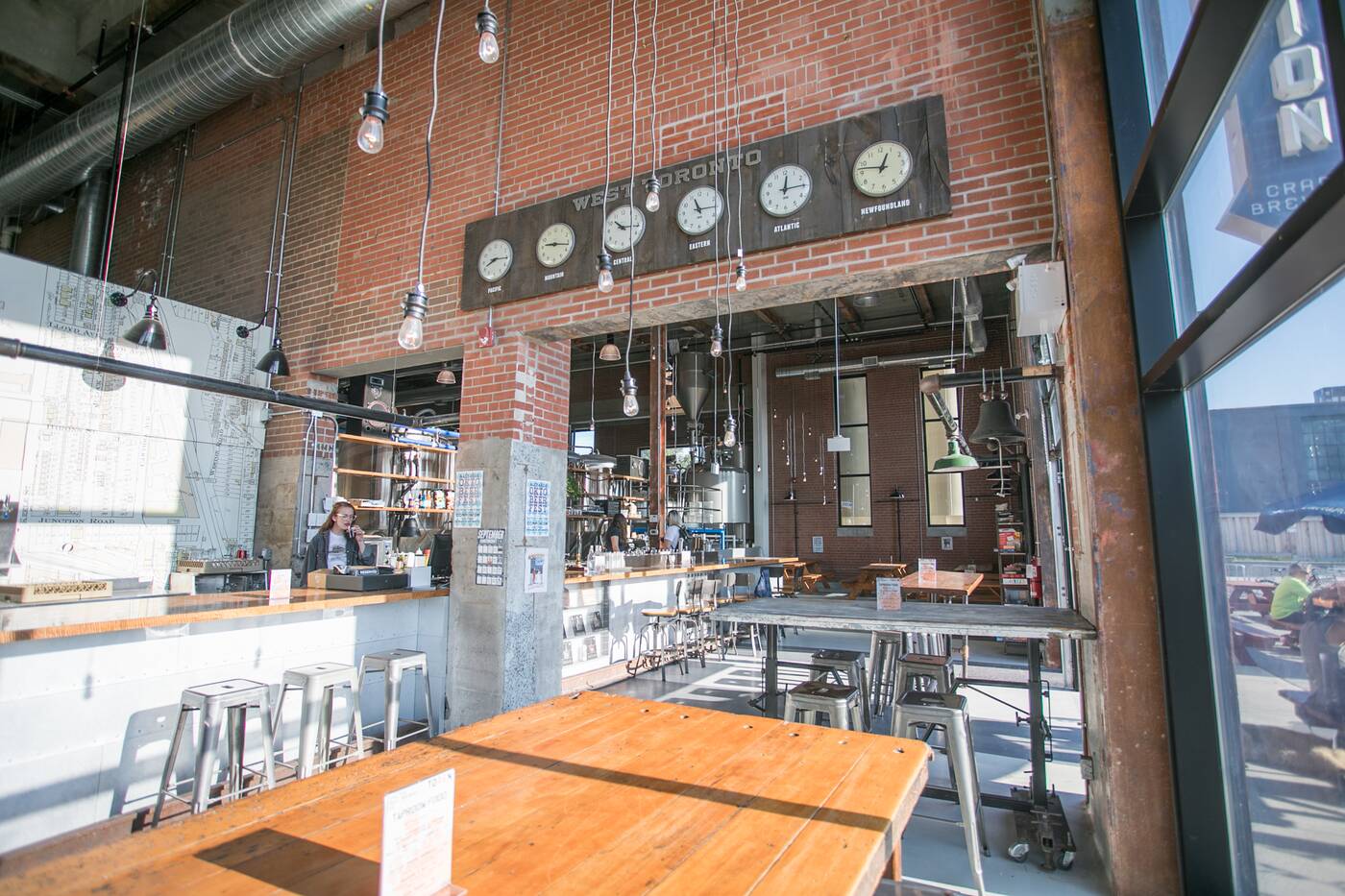 Junction is home to a high-ceilinged tap room that serves bites from Toben located in the same area.

It's actually one of three breweries located steps away from each other in this area in a small cluster nicknamed 'the Ale Yards.' 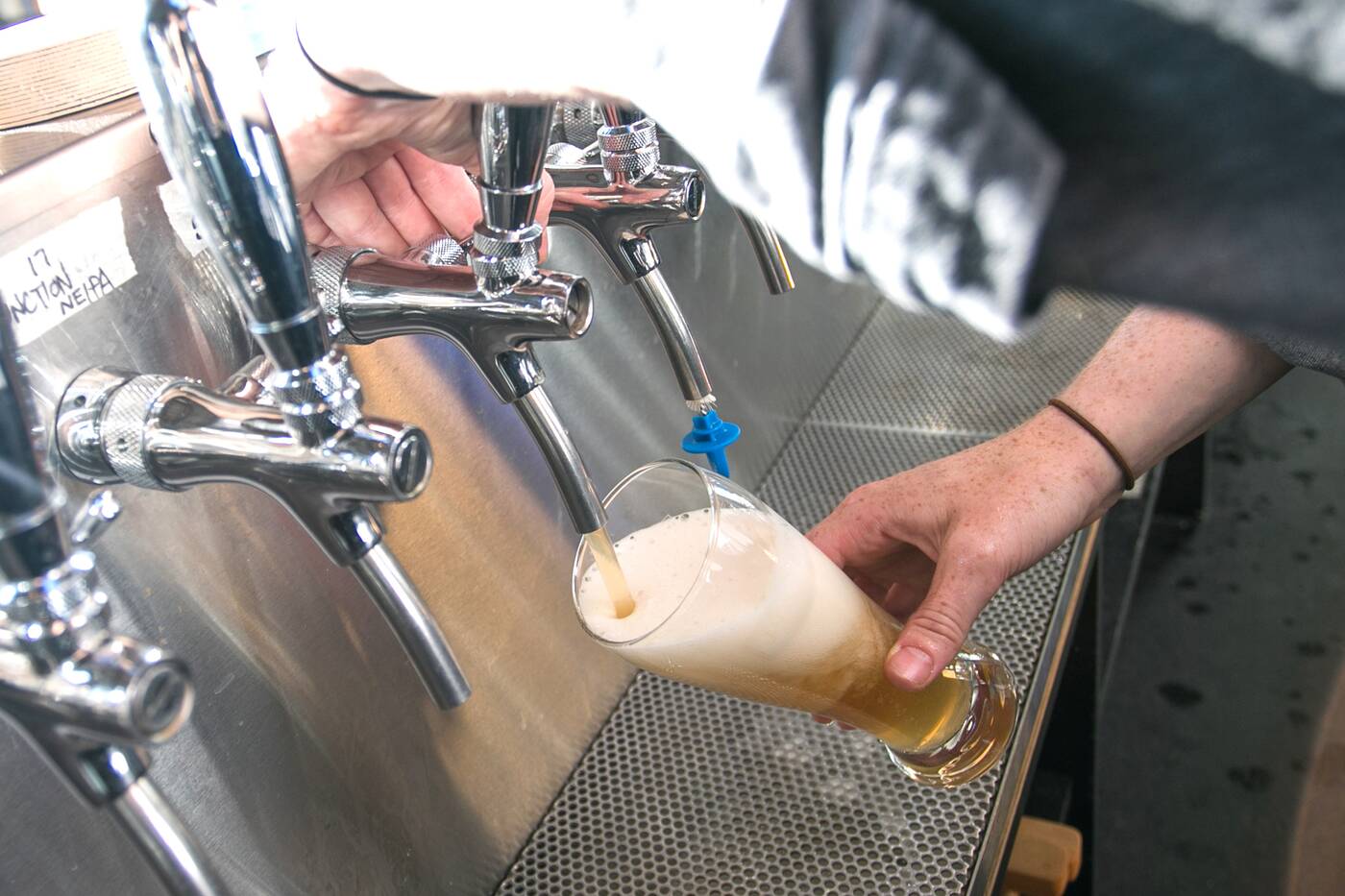 Try a seasonal beer on tap or take home some beers or merch from Junction's retail shop.

There are typically about a dozen options each available on tap and from the bottle shop at Junction. 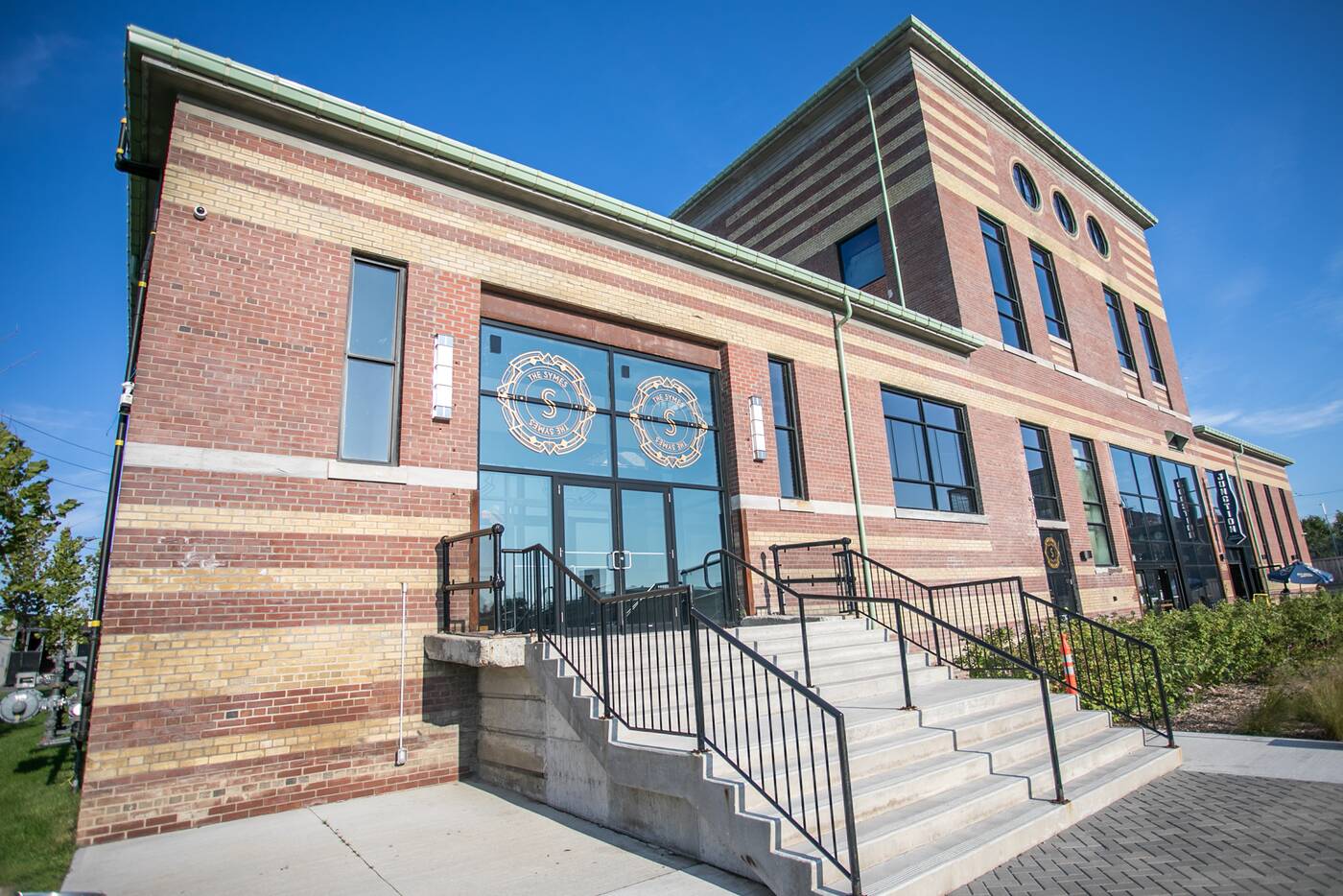 The Symes event space is in the same spot as Junction Craft Brewing, in the historic Symes Destructor.

Located in the same building as Junction Craft Brewing is The Symes event space. The building itself actually used to be the Symes Destructor, an old garbage processing plant. 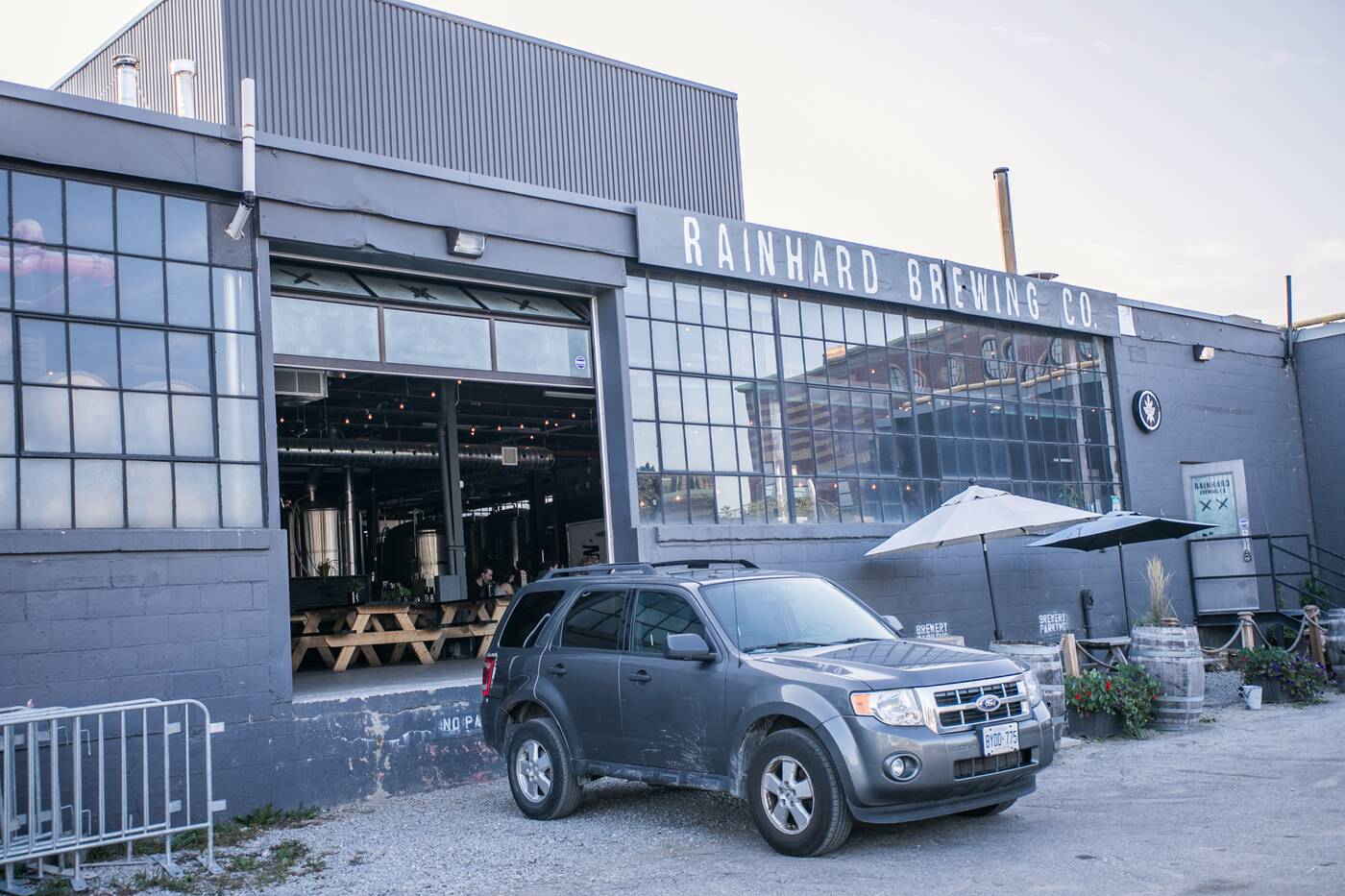 Rainhard and Shacklands Brewing round out the trio of breweries in the Aleyards.

The other two are Rainhard and Shacklands, next door to each other in an industrial parking lot around the corner from Junction. 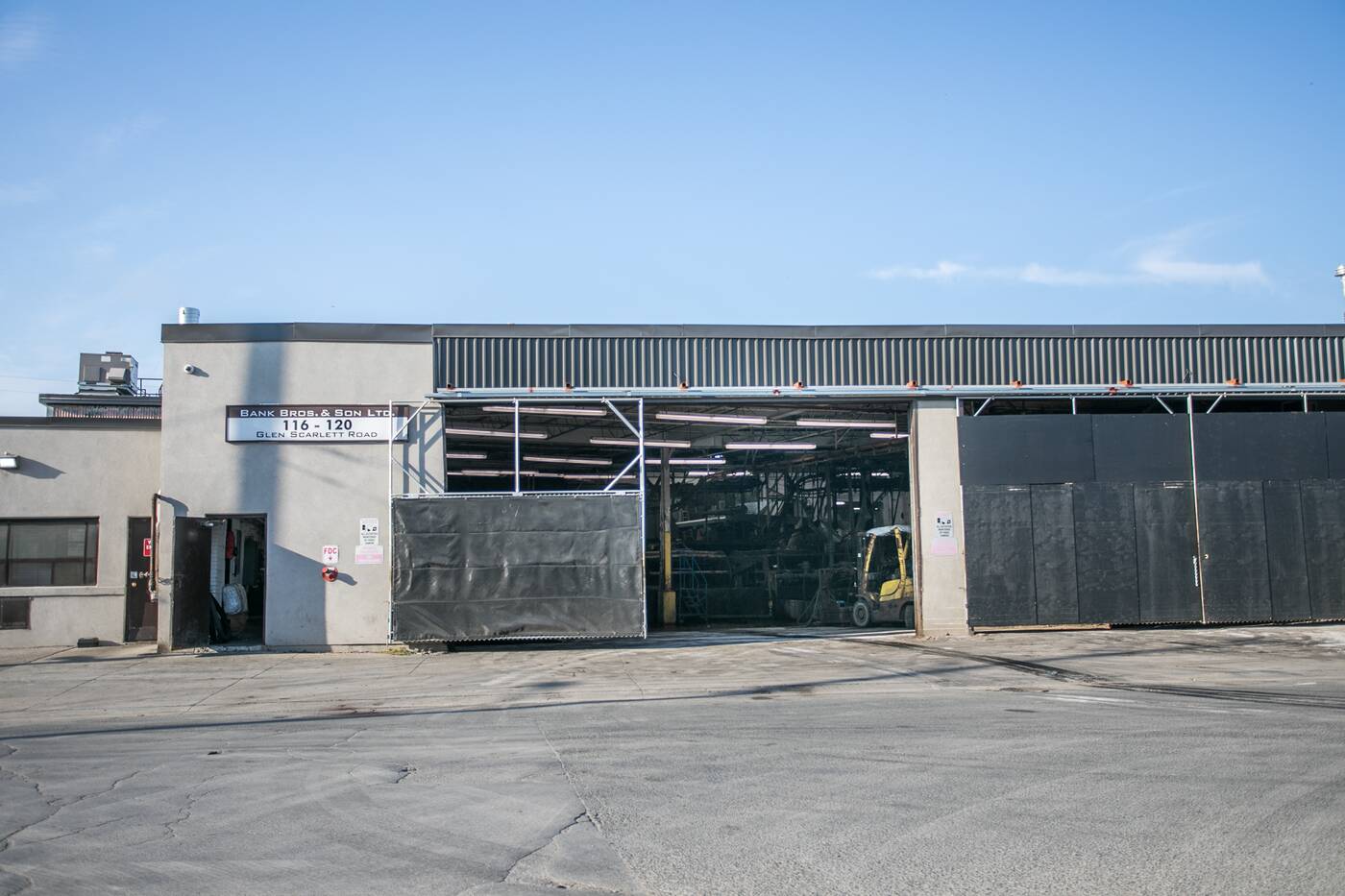 Bank Bros. & Son is just across the street from Junction Craft Brewing on Glen Scarlett Road.

If you're a curious cat, stretch your legs after a few brews by checking out the industrial scene surrounding these breweries, like the Bank Bros. & Son processor of cattle hides.

Around for over 60 years, they process over 15,000 premium hides a year, some of which you can even glimpse flapping down the assembly line through wide open doors. 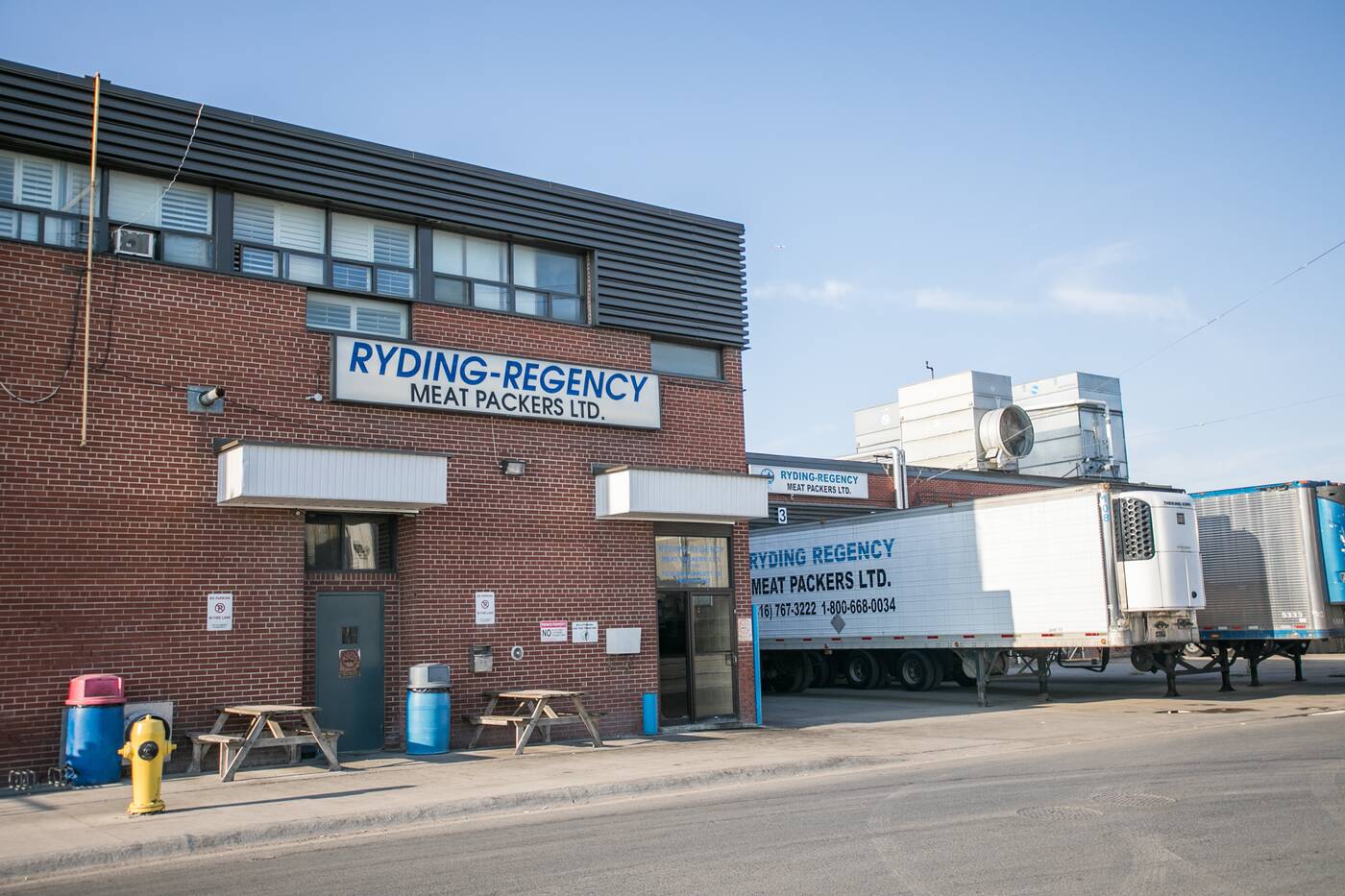 Ryding-Regency Meat Packers is one of two main meat packing plants along this stretch.

There's kind of a peculiar smell in this area (just don't think about it), but meat still really is packed here at places like Ryding-Regency Meat Packers and St. Helen's. 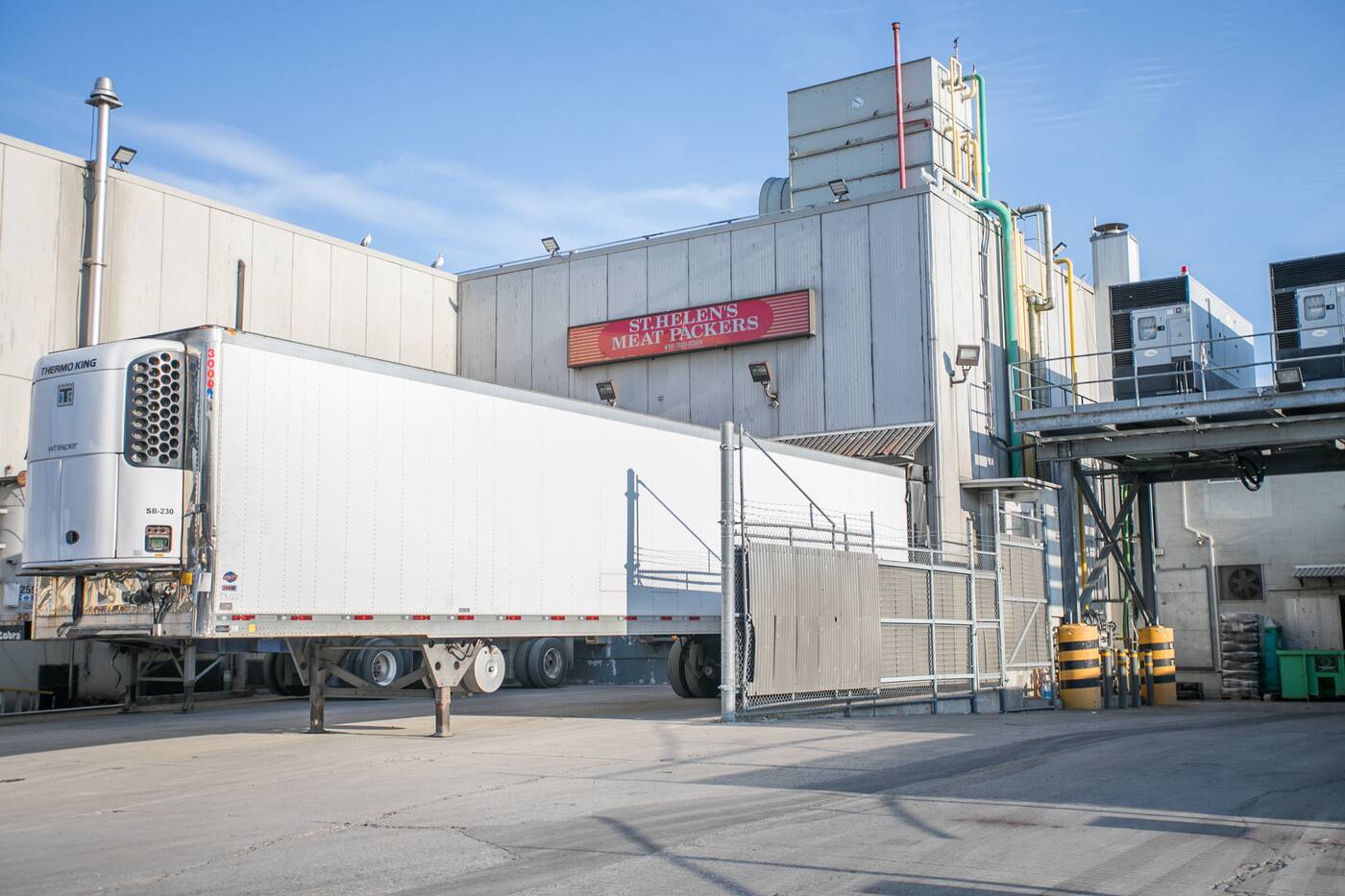 St. Helen's, a major industrial plant, is still located here, a remnant of the history of the Stockyards.

St. Helen's Meat Packers is actually one of the largest family-run federal meat establishments in the country, with a history that reaches back to the 1950s. 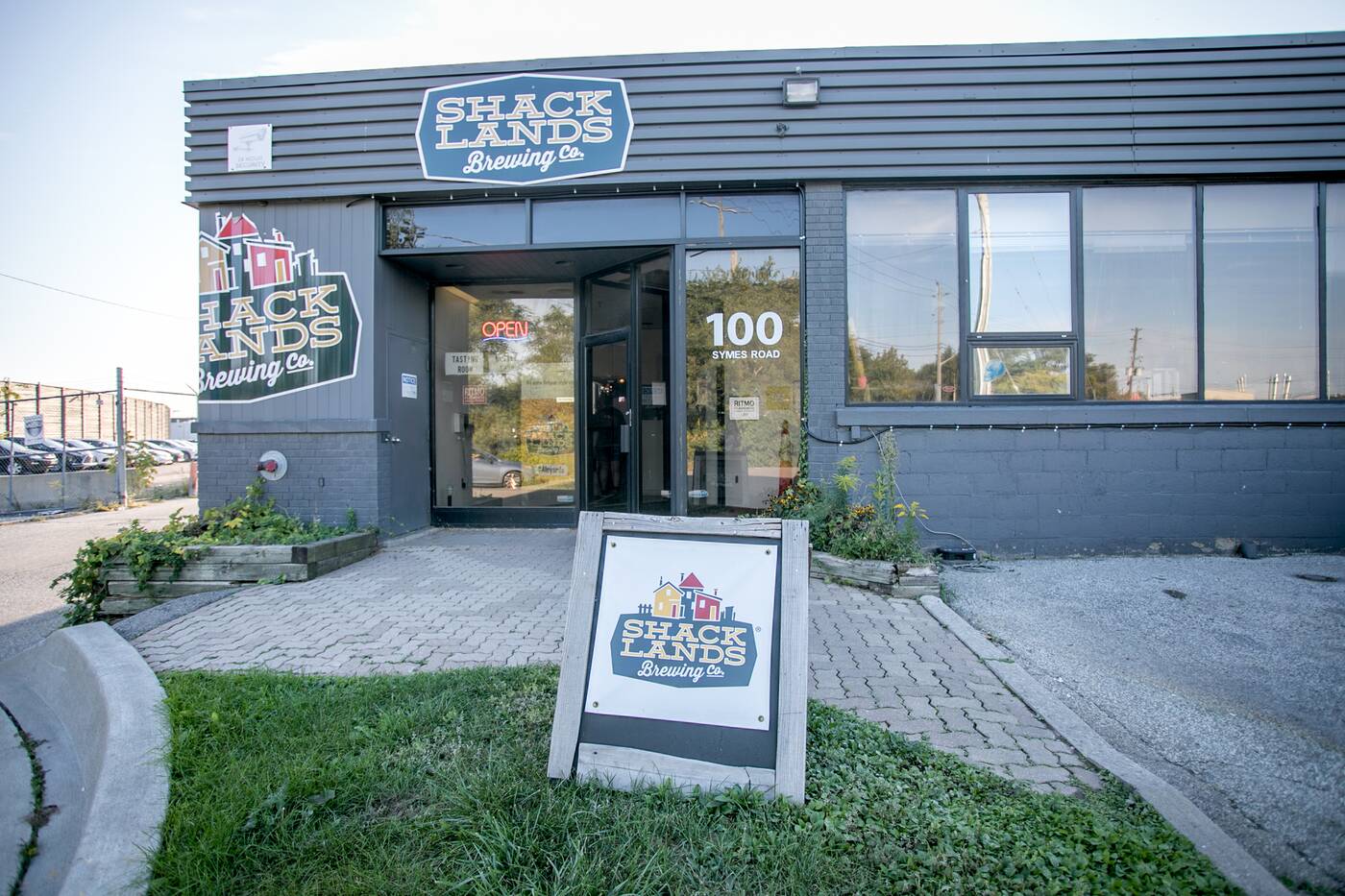 Shacklands Brewing is one of three craft microbreweries taking up residence in the Stockyards.

A day in the Stockyards is perhaps best ended at Shacklands Brewing, a place that ties up the past and future of the neighbourhood in a neat little bow. 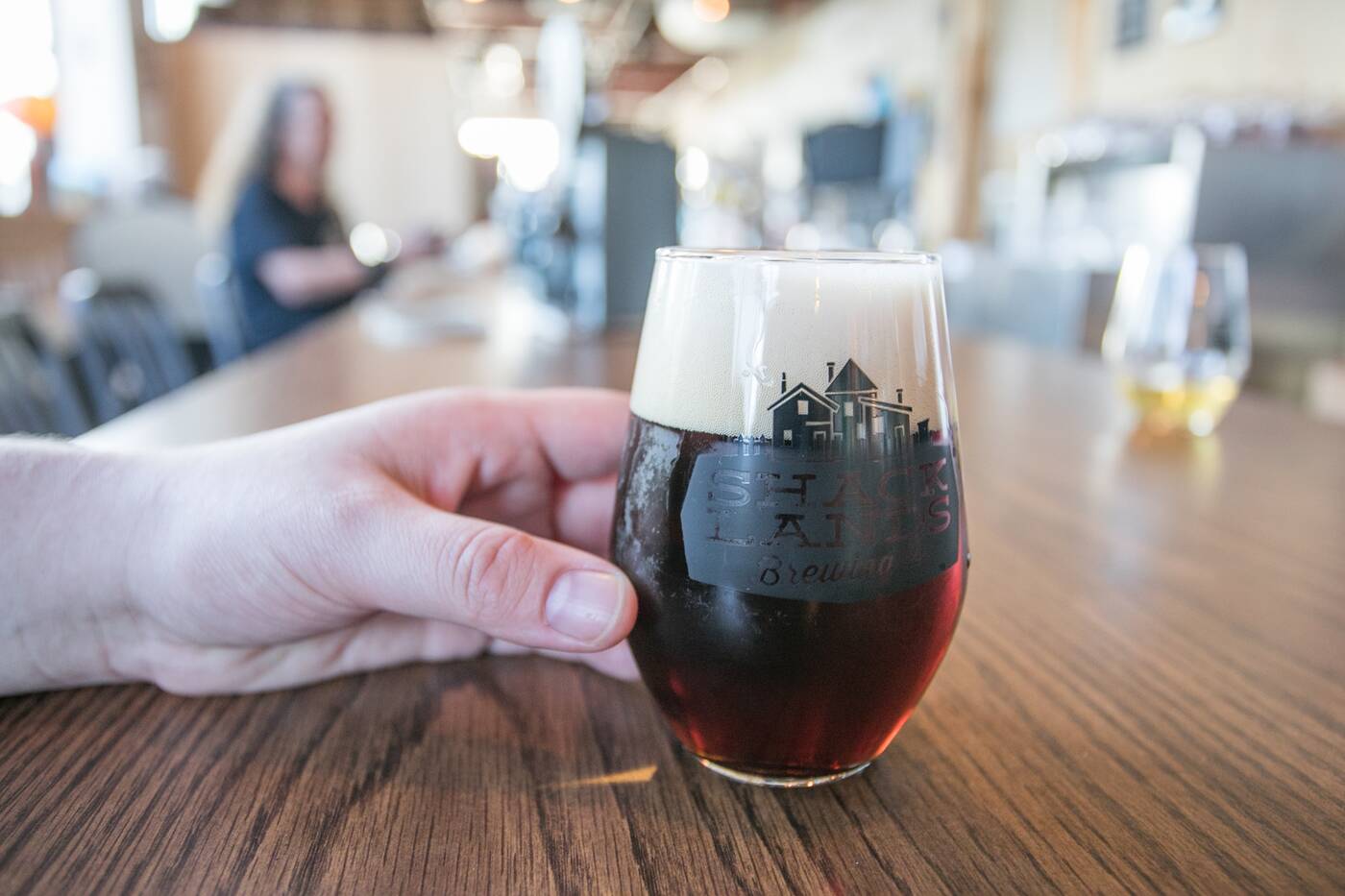 Belgian-style beers are brewed on site here, and the name is a reference to the past of the area, when folks took up residence in small shacks. 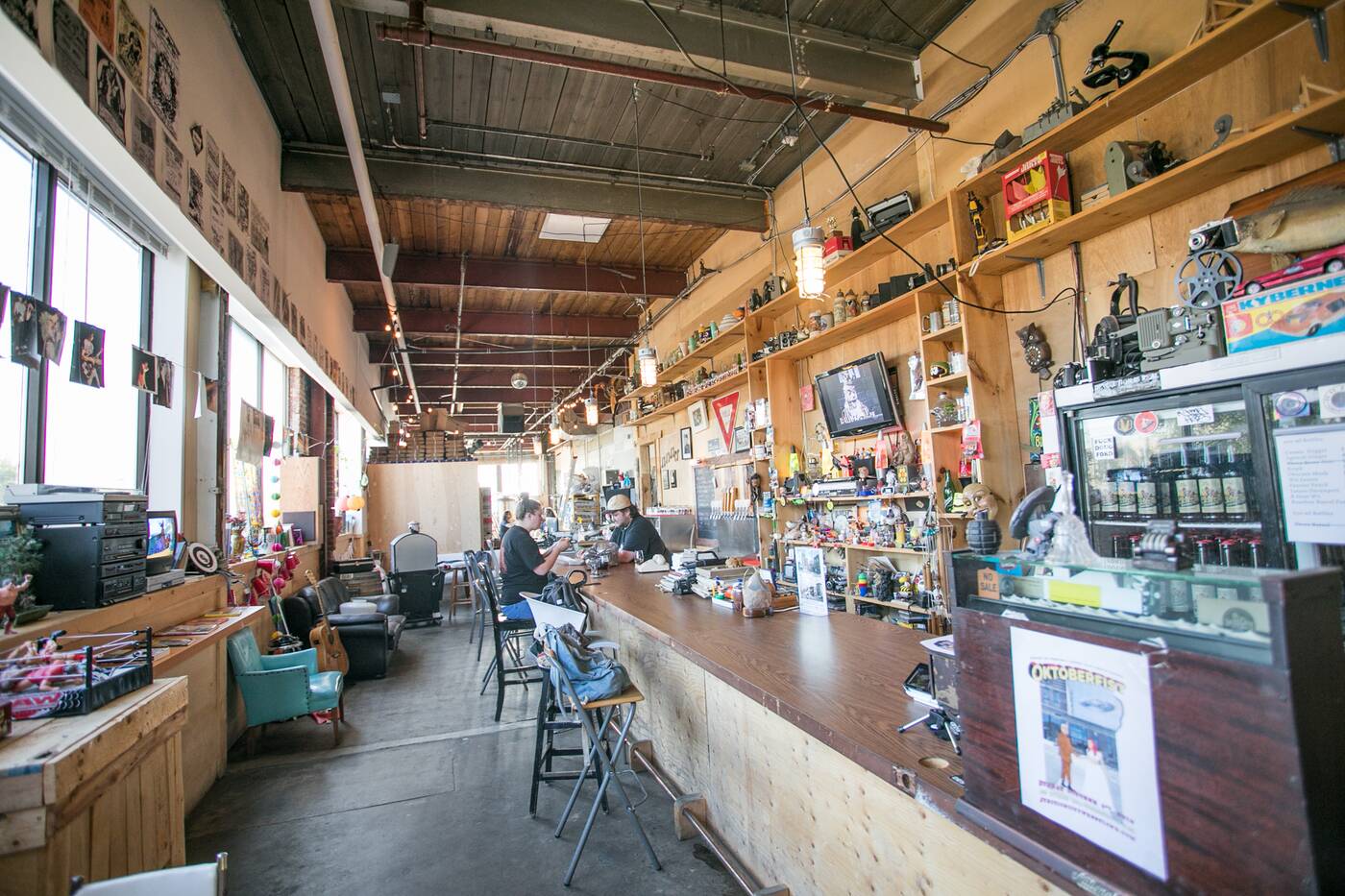 Shacklands is decorated with a ton of knick knacks from retro toys to a functioning piano.

Like the other breweries, Shacklands has a bottle shop too, so you can complete your collection of Stockyards beers from an adventure in this area.

A casual atmosphere that's all effortlessly cool epitomizes the uncomplicated awesomeness and rich past that is the Stockyards District.