The Global Climate Strike in Toronto is expected to be the biggest anti-climate change rally the city has ever seen.

Youth activists around the globe have been taking part in a movement of massive proportions to demand immediate action to counter the global climate crisis.

Strikes helmed by youth have already been taking place worldwide but the climate strike in Toronto is Friday, September 27.

Activist Greta Thunberg, the zero-emissions yacht sailor who has become the face of the strikes, took to the stage last week to speak to more than 1.1 million students who flooded the streets of Manhattan.

It's not just young people, though: anyone who cares about the planet (and likely suffering from climate anxiety, a rising condition that comes with the impending doom of the earth) is welcome to attend in solidarity with the youth.

Here's what you need to know about the Global Climate Strike in Toronto.

The rally will begin at Queen's Park at 11 a.m. The strike will begin marching along Wellesley St. around noon, heading down Bay, then back up to Queen's Park via Queen and University. 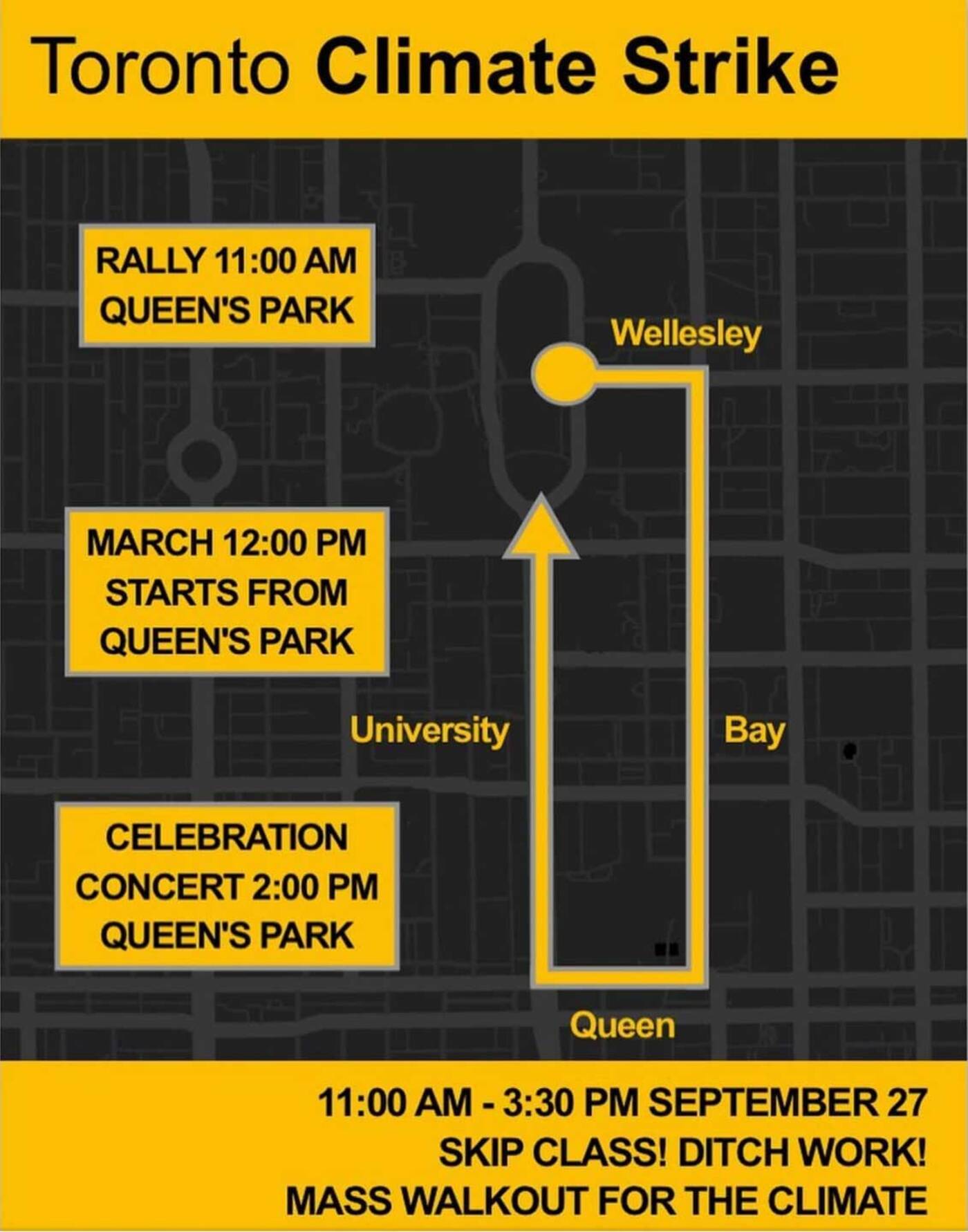 The TTC is the best way to get to the rally as Queen's Park station is just south of where it will be happening. However, for those taking surface transit routes, there will be some detours. Get the details here.

Who is organizing this?

The event will be hosted by Fridays For Future, and backed by a coalition of activists working under S27 Coalition.

The group is headed by Climate Justice TO, which comprises of a mix of individuals from groups like Parents for Future, Indigenous Climate Action, Toronto Environment Alliance, Greenpeace, and the David Suzuki Foundation.

What is the purpose of the strike?

The coalition has made a list of seven demands, which "reflect the rallying cries of the intersectional movements" they belong to. Some of those demands include:

There will be a concert at Queen's Park after the rally, as well as a follow-up benefit concert at the Tranzac Club in the evening. A giant street mural project run by Greenpeace will also be taking place prior to the rally, around 10 a.m., at the southern point of Queen's Park.