This is what Toronto's new Love Park will look like

The architects for Love Park — the "urban green oasis" that will be located at York Street and Queens Quay — just released new renderings reminiscent of some of the world’s most well known parks.

Out of 40 international landscape architects and designers, Montreal-based Claude Cormier + Associés was selected to take on the project in October.

The firm illustrated the park's key design features by pointing to renowned designs so that Torontonians can begin visualizing the park's look and feel.

At the centre of Love Park, there will be a heart-shaped pond with a red rose ceramic border like the iconic multicoloured mosaic benches in Barcelona’s Park Güell, designed by famous architect Antoni Gaudí. 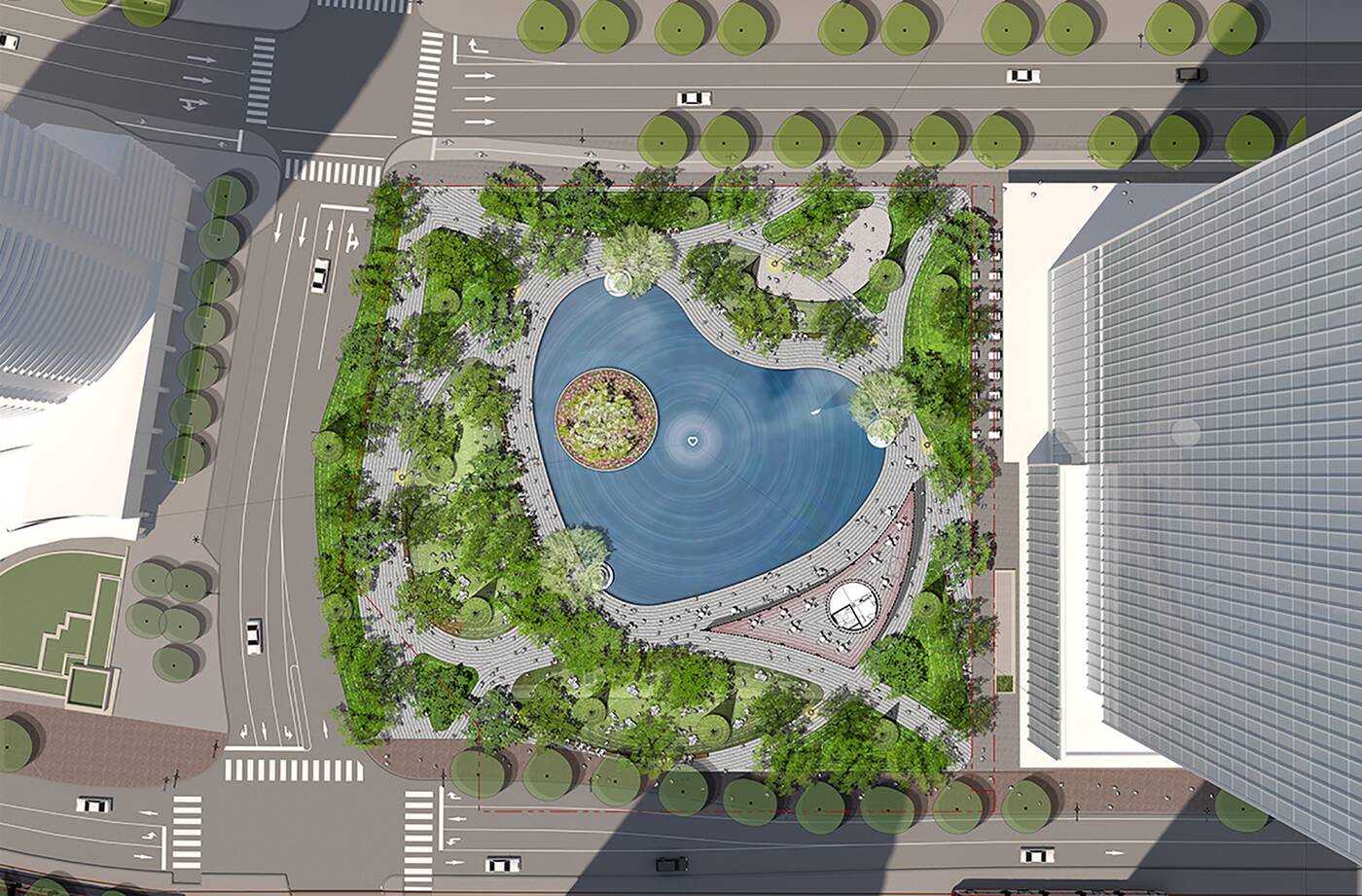 This pond will be similar in scale to the Jardin du Luxembourg in Paris, a pool of water outside of the 17th-century Luxembourg Palace. The Toronto version will be in the shape of a heart to match the park's name.

The architects haven't forgotten that the park will need to adapt to cold temperatures. The pond is going to have a soft bottom, like Conservatory Water in New York’s Central Park, which could become a natural ice-skating rink when the water freezes over in winter.

The architects are also planning on constructing a tubular structure, similar to the nearby Music Garden's pavilion at Queens Quay and Lower Spadina Avenue. 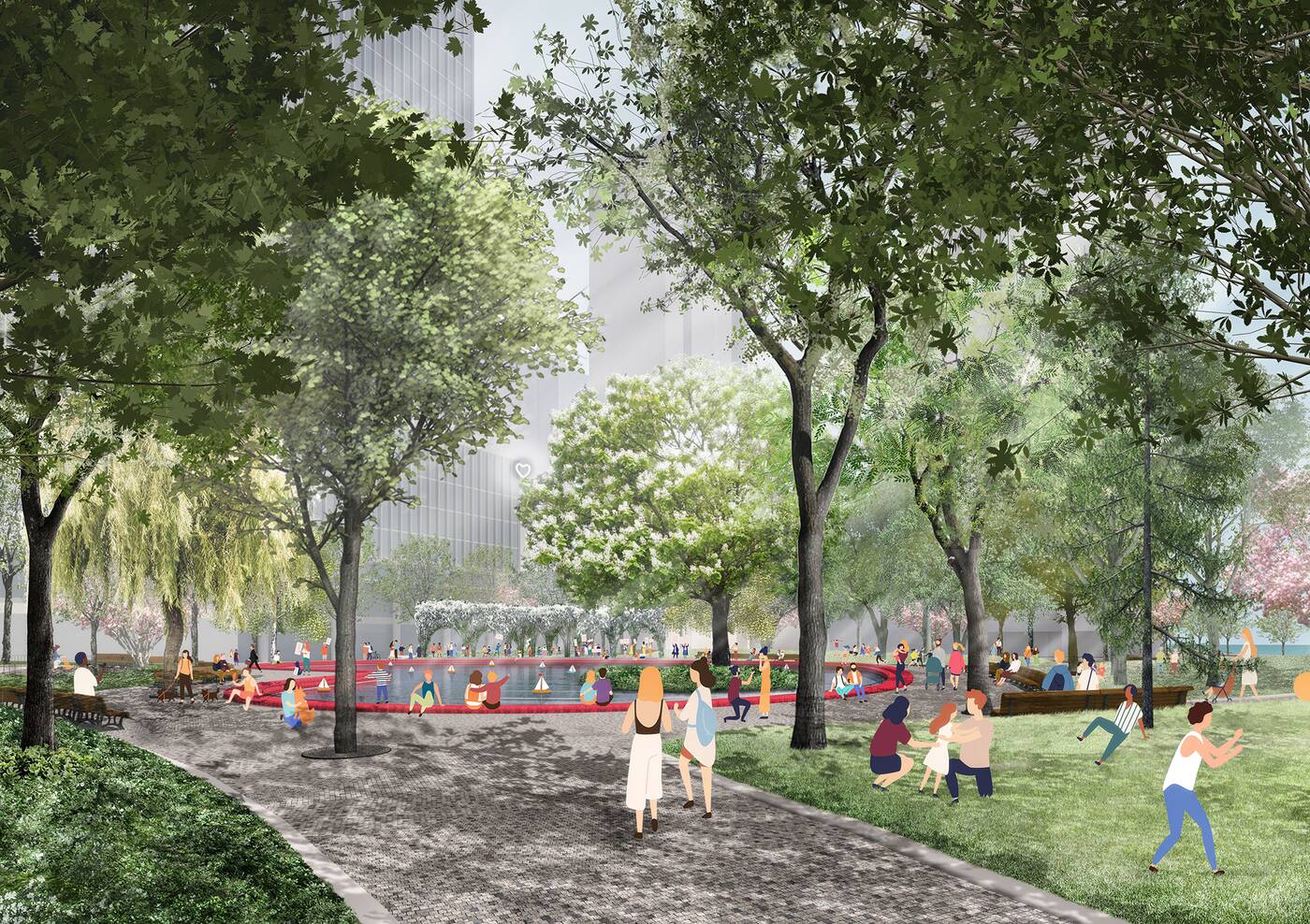 A garden will be dedicated to dogs on-leashes with a specific soil profile to accommodate the dog zone.

Green and blue camouflage-patterned garbage and recycling containers were included in the plans, despite the fact that the construction budget won't cover the cost.

Several nicely-designed parks have been sullied by the mandatory presence of Toronto’s ugly plastic garbage bins. Cormier’s design floats the idea of literally camouflaging them. pic.twitter.com/RnxYgvTdgN

Love Park construction is expected to begin in 2020 with a budget of $10 million.