In honour of Pride Month, one of the TTC's buses has been decked out and designated "The Big Gay Bus."

It was produced by LoveisLoveisLove, a Toronto-based LGBTQ+ advocacy campaign that was founded in response to the Orlando Pulse Shooting.

They're also behind last year's installation at City Hall and the Scarborough Sign Project.

The bus, which is pink and covered in photos of queer Torontonians, including Councillor Kristyn Wong-Tam and local drag queen and activist Michael Wentstarted, began running on June 14 and is on a five-week schedule. 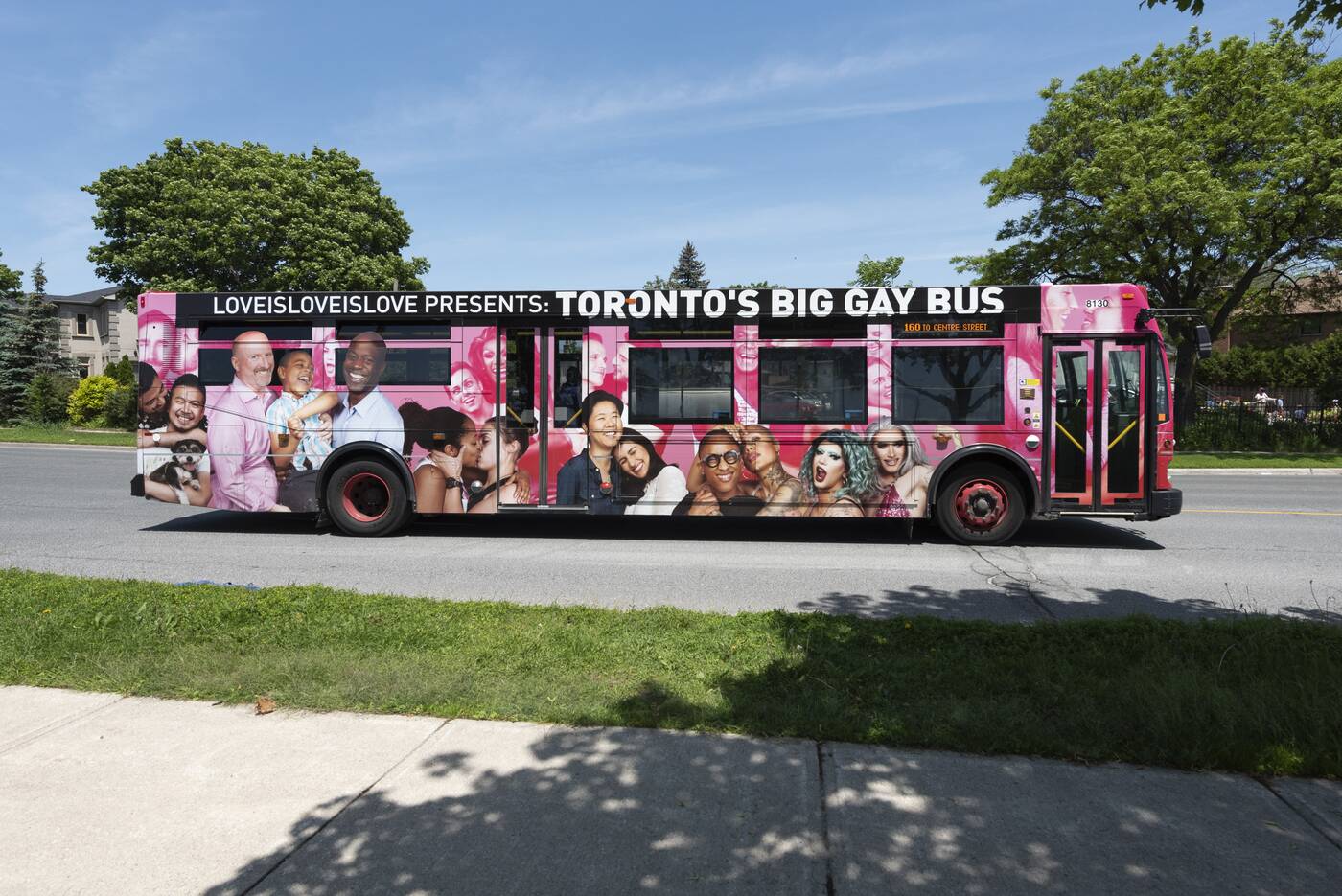 The interior of the bus is filled with educational content about the LGBTQ+ community and answers to questions that the people may not feel comfortable asking. 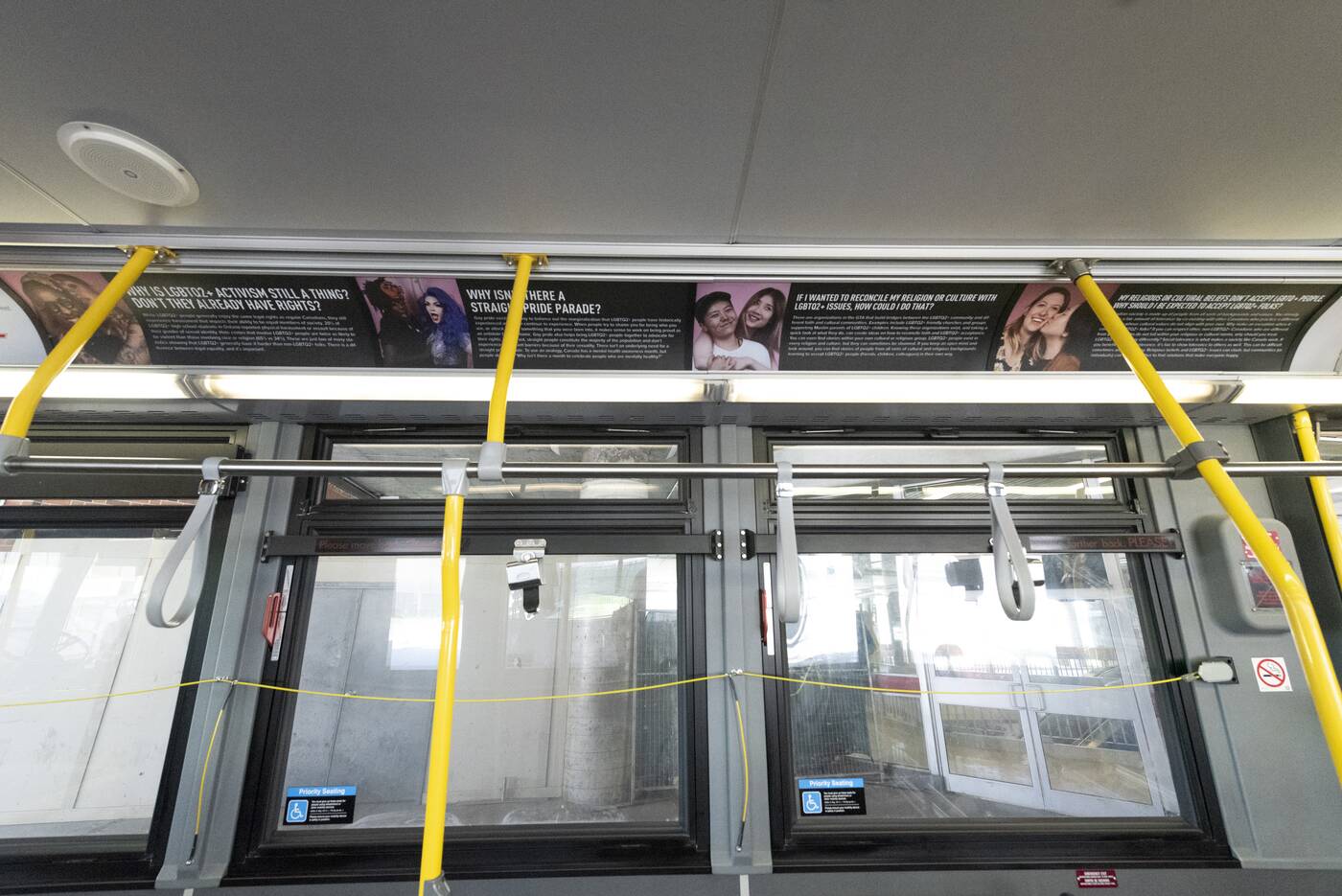 It answers questions such as "What's the difference between sex and gender?" and "Is being a drag queen and transgender the same thing?" 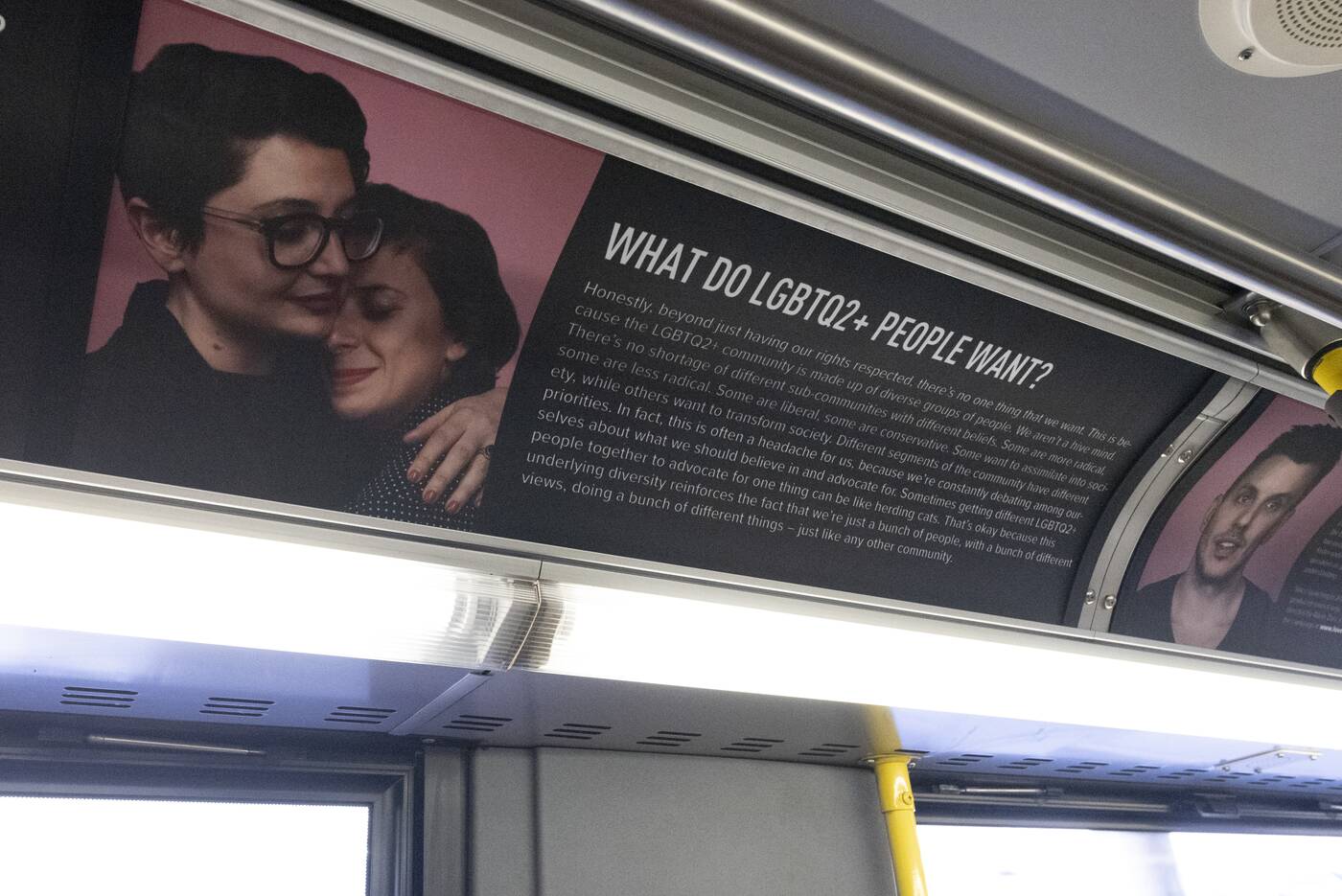 The bus has multiple routes, mainly in North York, Scarborough and downtown.

"We're hoping that Toronto's Big Gay Bus can help instigate change in neighbourhoods where support for LGBTQ+ issues may not be on par with what we see downtown," said Adam Zivo, the director and founder of the LoveisLoveisLove project.

Although it's set to end its run on July 15, according to Zivo, there is potential for that to extend.

"Most LGBTQ+ programming is based in the downtown core, which is great, but one of the goals of this project is to go beyond the core and remind people that our suburban neighbourhoods matter and deserve engagement," he added.

The bus was funded by local Toronto philanthropist Kathryn Langley Hope, who has a history of supporting LGBTQ+ initatives.

"As a campaign we try to focus on positive messaging and showcasing the human, sentimental side of our community, in a way that hopefully everyone can sympathize with," Zivo said.

"Building bridges via empathy is our thing."