It's finally summer in the city and we all know what that means...it's construction season!

Starting July 2, you might want to stay away from the Don Valley Parkway. The city will be rehabilitating four major bridges over the DVP: Don Mills Road bridge, Spanbridge Road bridge, Wynford Drive bridge and Lawrence Avenue East bridge.

The construction will result in lane closures, ramp closures, and lots and lots of traffic. 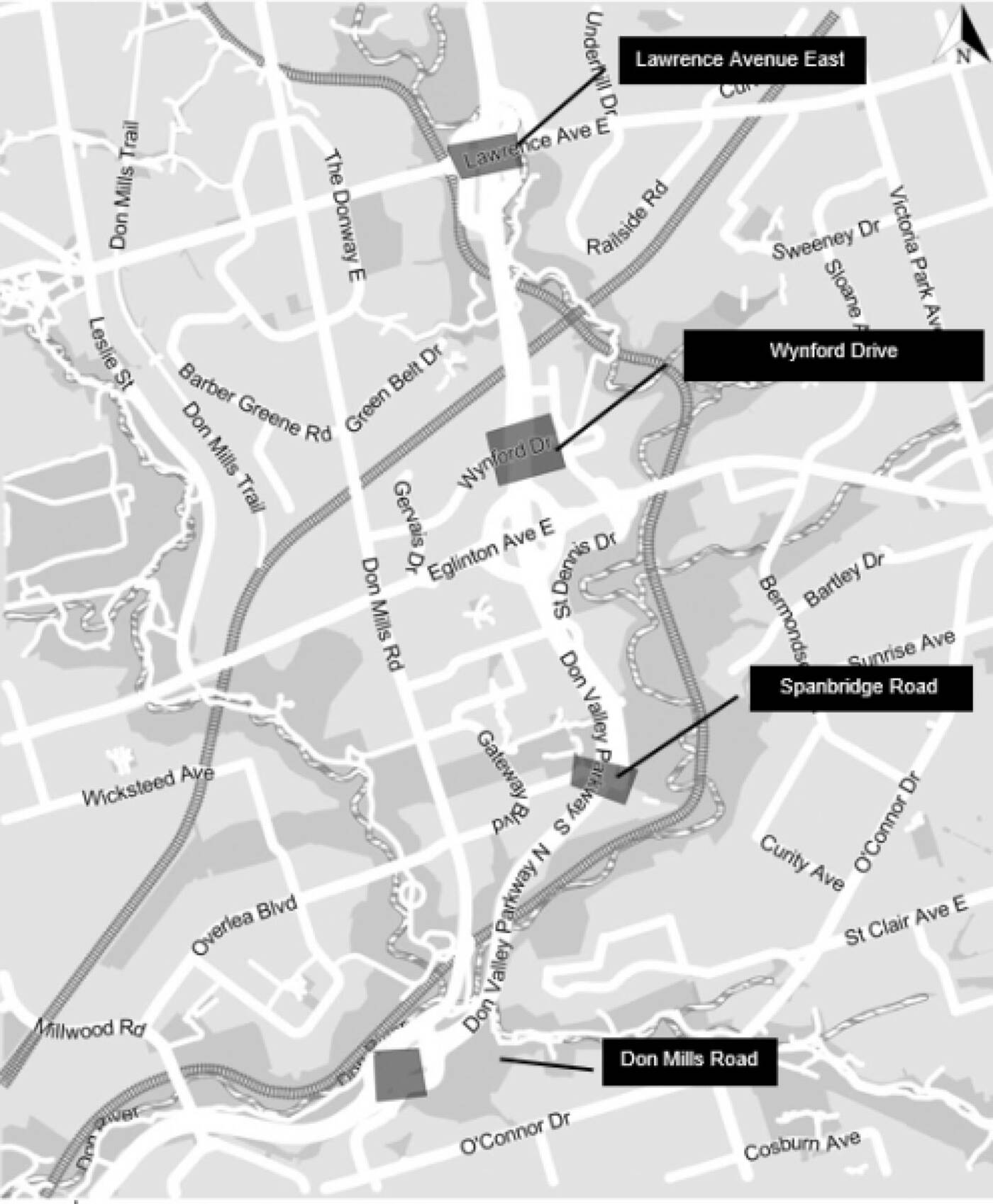 This map indicates the location of the bridges under construction. Source: City of Toronto.

Some of the work will only take place overnight from 12 a.m. to 5 a.m., such as two closed lanes of traffic from the median on the DVP northbound and southbound.

But some of it will happen 24 hours a day, seven days a week. For example, from July 2 to mid August, the northbound median lane will be fully closed from Don Mills Rd. to Lawrence Ave. East.

Major work being done on the DVP starting July 2. Four bridges undergoing critical repairs (getting it all done at once) that will see lane reductions and some ramp closures until October. There will be traffic, as you might expect. All the details here: https://t.co/lEQVOQXnPT

The roadwork is set to end in October. But until then, you might want to consider taking Bayview, Leslie, Don Mills or an alternate route.