Sneaking onto the subway by following another passenger through the gates may save you $3.25, but as a soon-to-launch TTC campaign suggests, it could also lead to some serious embarrassment (not to mention a hefty, $425 fine).

Some ads recently uploaded to the Toronto Transit Commission's YouTube channel show actual footage of fare evaders skipping through the gates without payment. Their faces are obscured, but it wouldn't be hard to identify someone based on their movements and attire.

"SMILE! YOU'RE ON FARE EVADER CAMERA!" reads a text overlay at the end of one video. "Fare evaders will be fined $425."

TTC officials say the videos are part of a new campaign meant to educate the public on fare evasion — an expensive problem that's been plaguing the city for years.

Print versions of the ads will appear on TTC vehicles and in stations, while videos will be displayed on screens in stations and platforms.

"The campaign, which was directed by the TTC Board in response to the Toronto Auditor General's report on fare evasion, complements increased fare enforcement activities," reads a TTC press release announcing the campaign. 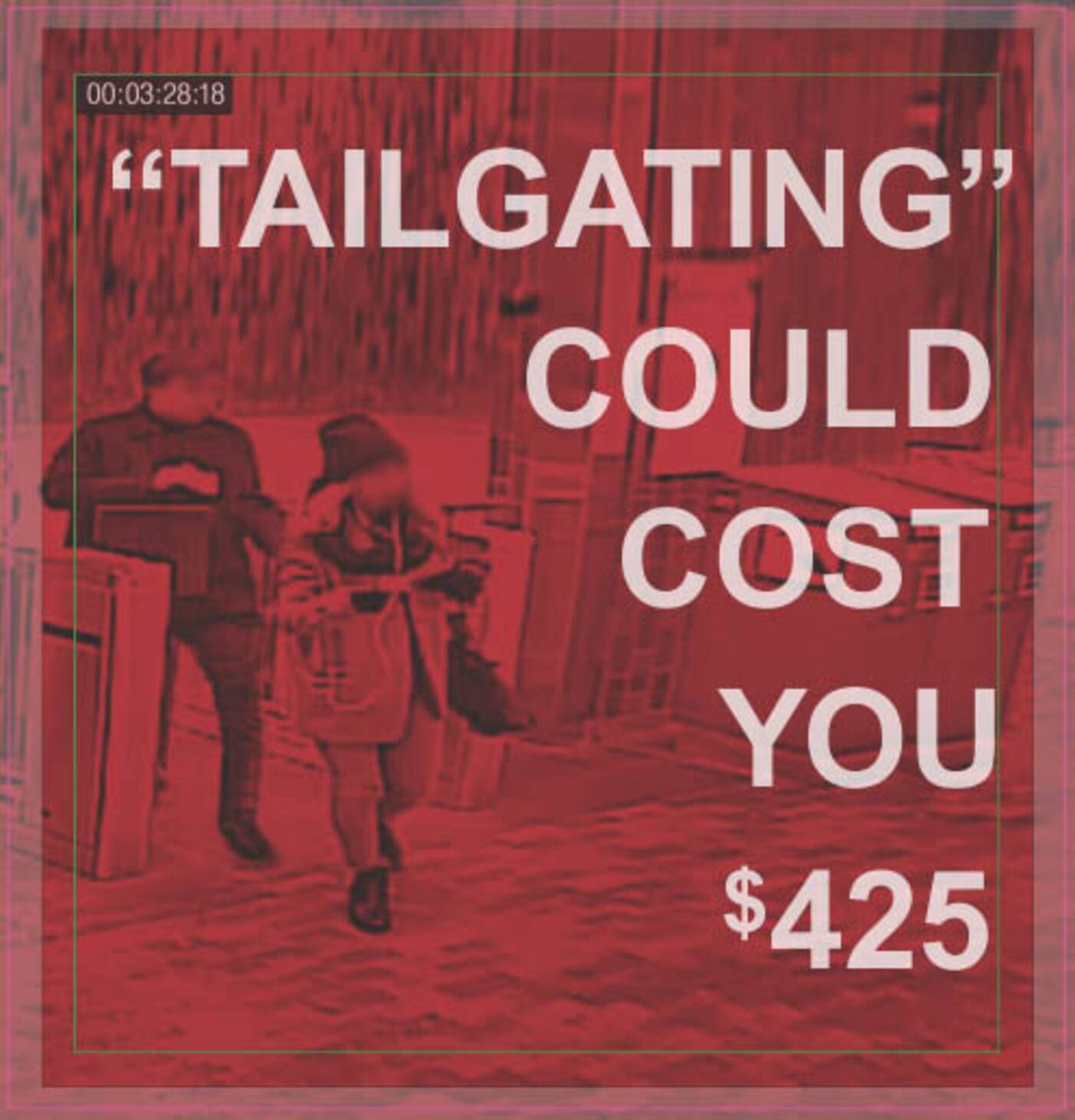 A poster set to be displayed at TTC stations all over the city highlights the potential monetary cost of not paying your fare. Image via TTC.

The report in question, released earlier this year, revealed that an investigation into fare evasion found the TTC to have lost some $61 million in 2018 alone.

It also highlighted the rampant misuse of child and youth PRESTO cards by adults to score free rides.

In the two months since that report was made public, fare inspectors have reportedly issued 4,549 tickets to people caught not paying for rides — and the number is expected to rise exponentially this summer with the addition of 36 new employees whose sole purpose will be to bust evaders.

The #TTC is targeting fare evaders with their new campaign https://t.co/PxRWyh0i0q #Toronto pic.twitter.com/RfV2KF9tpZ

As promised earlier this year, the TTC is ramping up its inspection efforts in an attempt to secure more desperately-needed fare funds for service and maintenance.

Transit officials say that 11 new fare inspectors were already hired in March and that an additional 15 fare inspectors and 21 transit enforcement officers are expected to be working across the system as early as July.

"Further recruitment for both fare inspectors and transit enforcement officers is in progress with targeted deployment later in 2019," reads the TTC's press release, which also notes that it is pausing the distribution of complimentary child and youth PRESTO cards "until additional measures are in place to prevent" their fraudulent use.