Toronto Music Garden is a swirling landscape tucked away on the edge of Toronto's waterfront.

Mostly hidden from the view of bustling Queens Quay by trees and shrubbery, the park's undulating trails and curated forest beds are actually pretty easy to overlook for other public spaces by the water. 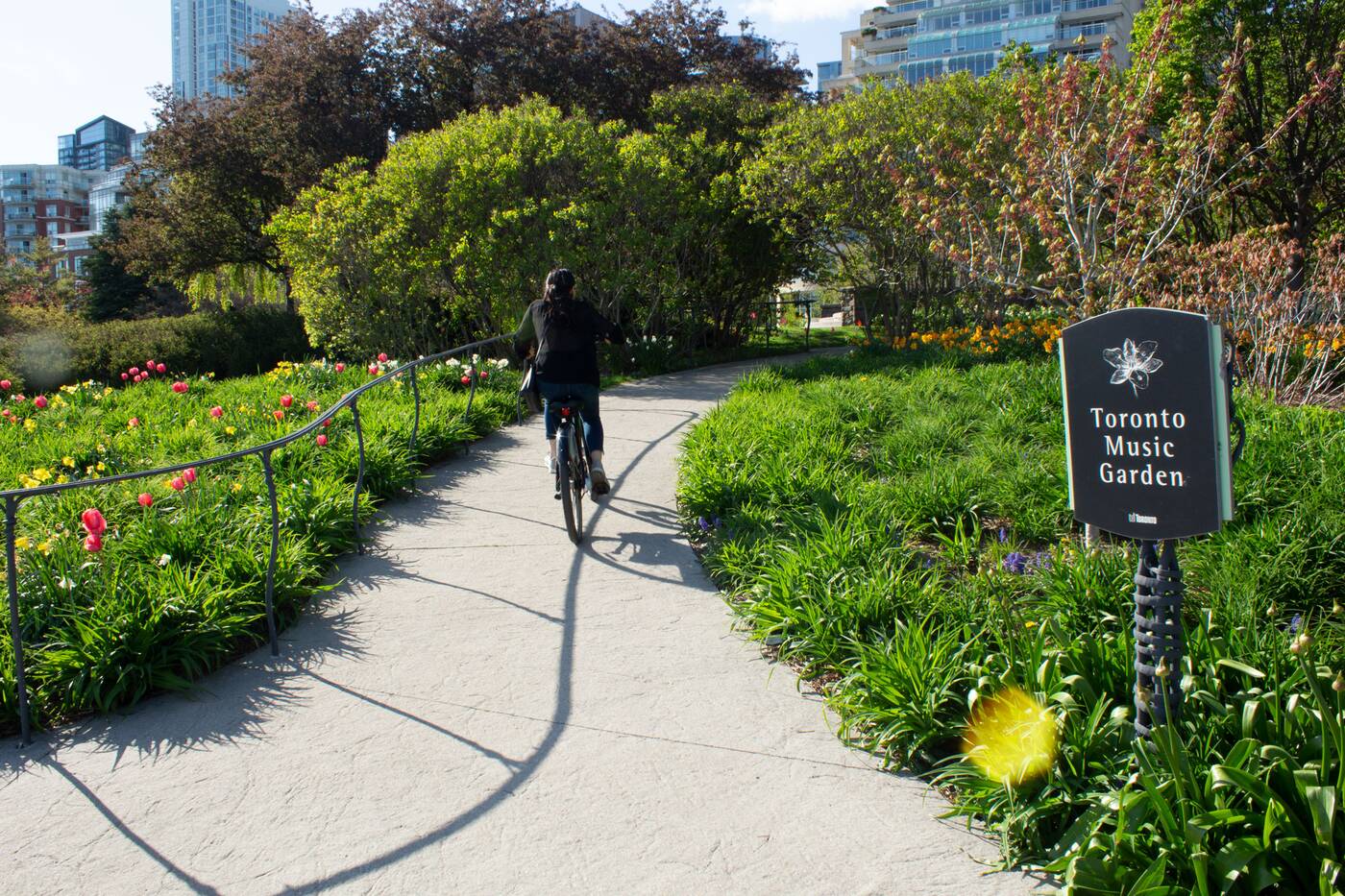 Toronto Music Garden was built in 1999.

But Toronto Music Garden is more than just a gathering grounds for the common proletariat: it's the embodiment of artistic expression, designed to offer even the most wayward stragglers a sense of regal serenity.

Turns out that Toronto got lucky when it was awarded this park in 1999. 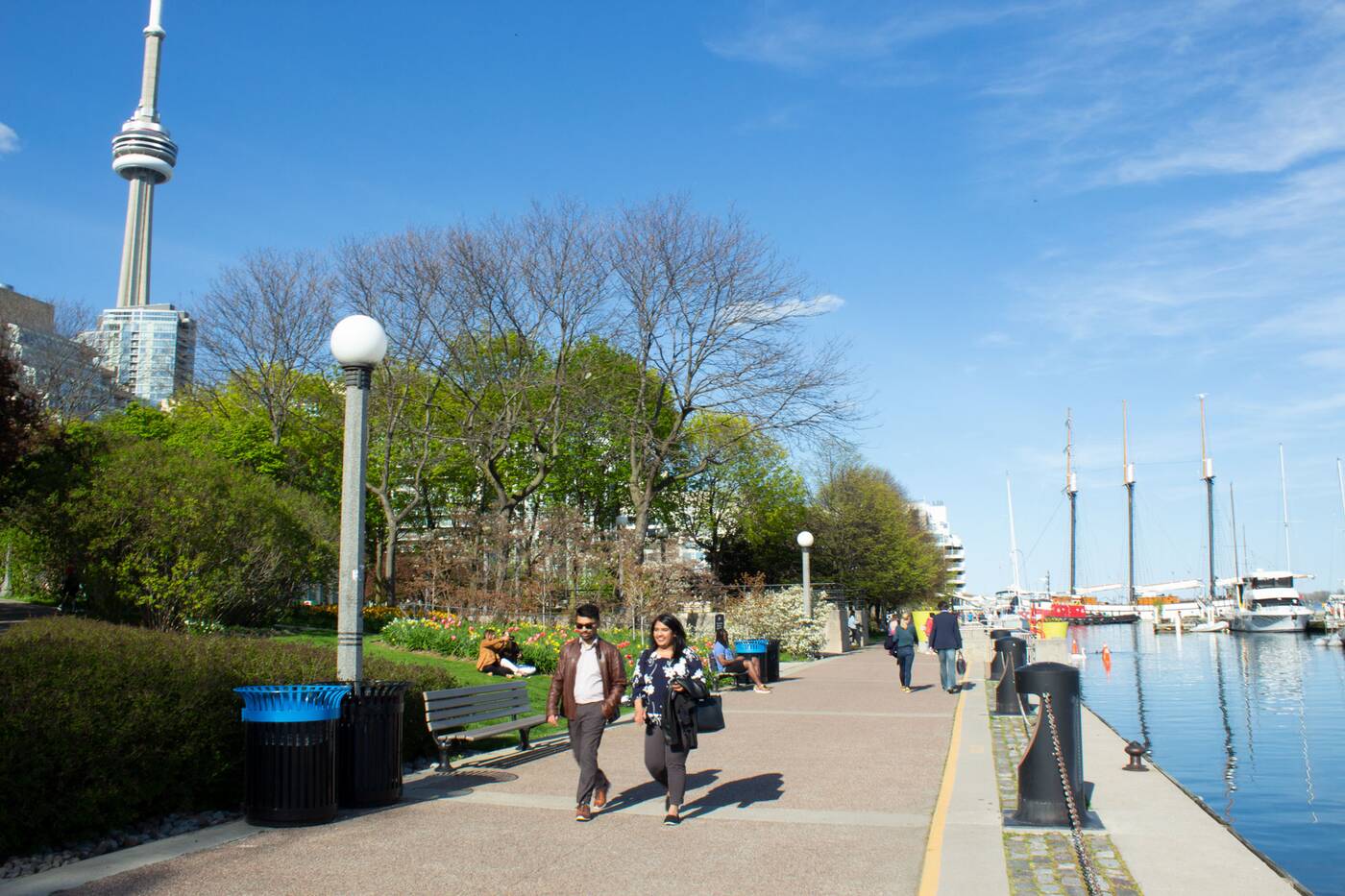 The Music Garden sits on the Waterfront Trail, just west of Spadina.

Though it seems to fit perfectly along the Waterfront Trail, facing outward to Marina Quay West, Music Garden was originally slated for Boston.

The idea for the park was born out of a film series by the world-renowned cellist Yo-Yo Ma called Inspired by Bach—specifically the first part of the series, titled The Music Garden. 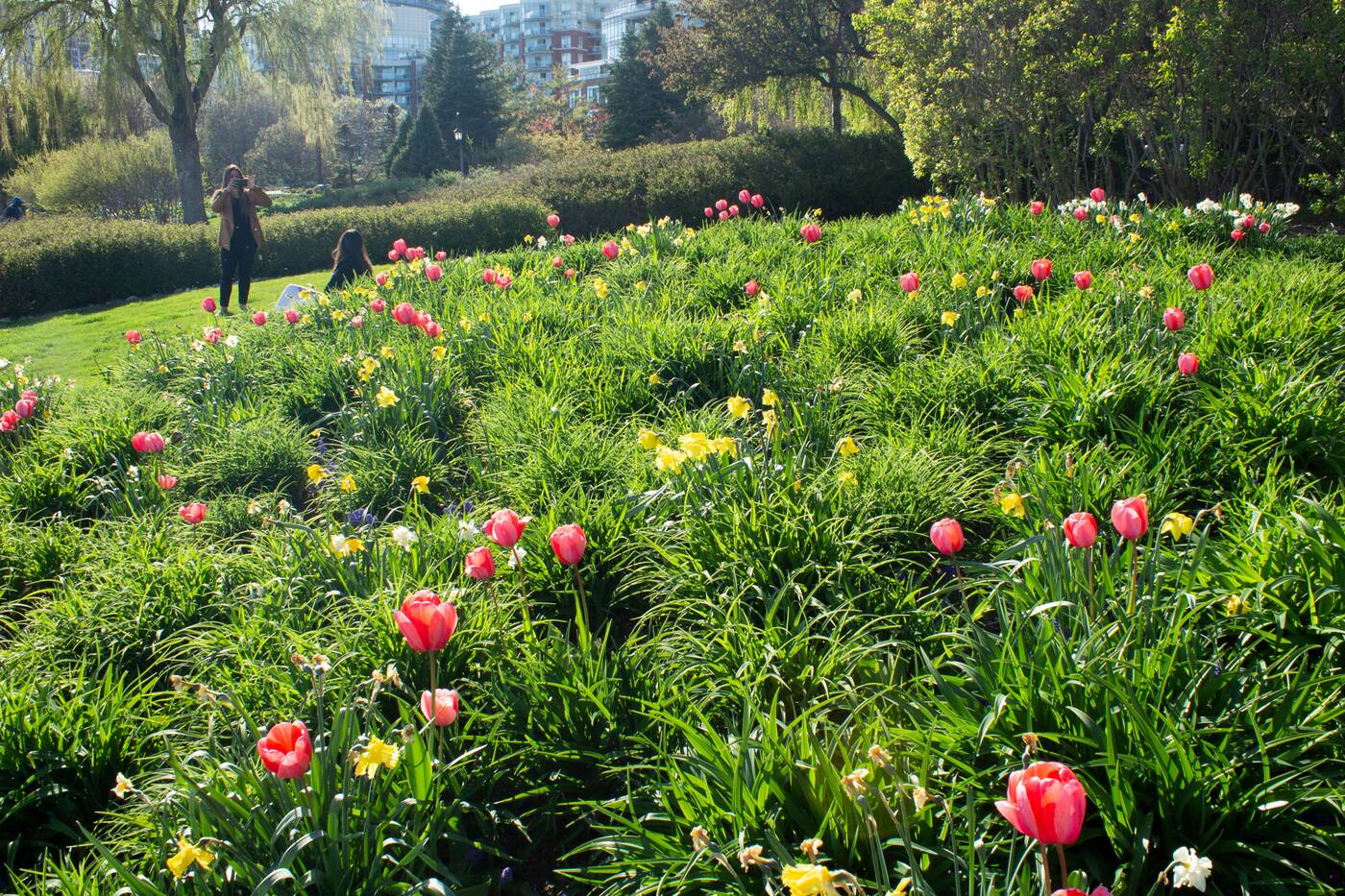 The park was partially designed by world-renowned cellist Yo-Yo Ma.

Together with the award-winning landscape architect Julie Moir Messervy, Ma created a designed a park for a site in Boston, which, unfortunately for them, fell through.

Instead, Toronto mayor Barbara Hall proposed that the project come to our city instead. In collaboration with Toronto architect, Ma and Messervy designed the Toronto Music Garden: a park inspired by Bach's Suite No. 1 in G Major, for unaccompanied cello. 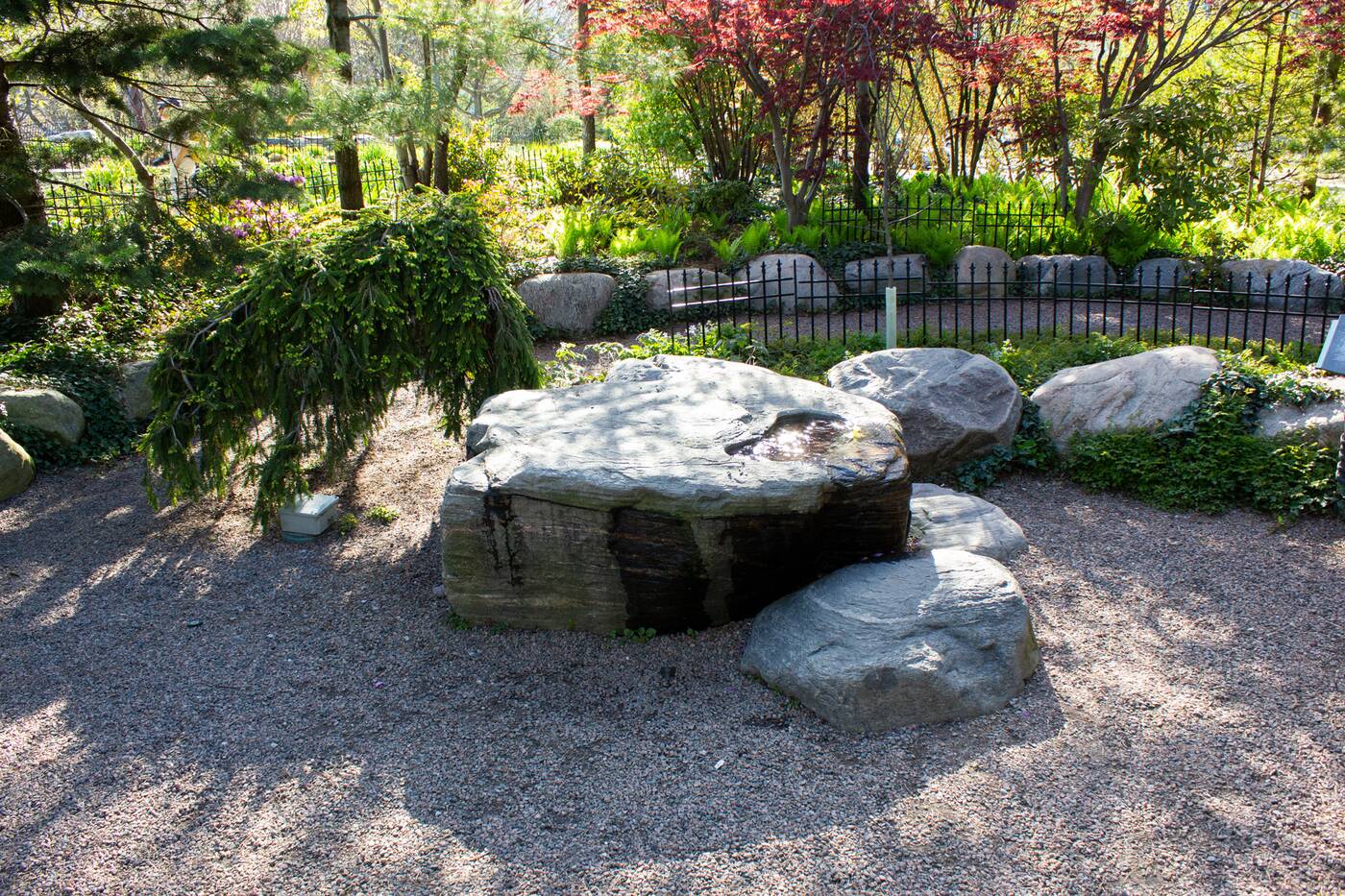 The Garden is inspired by Bach's Cello Suite No. 1 in G Major.

The first and most famous movement, Prelude, is embodied in the park with curving path that winds around granite boulders and Hackberry trees. The second movement Allemande is felt through a forest of Birch trees. 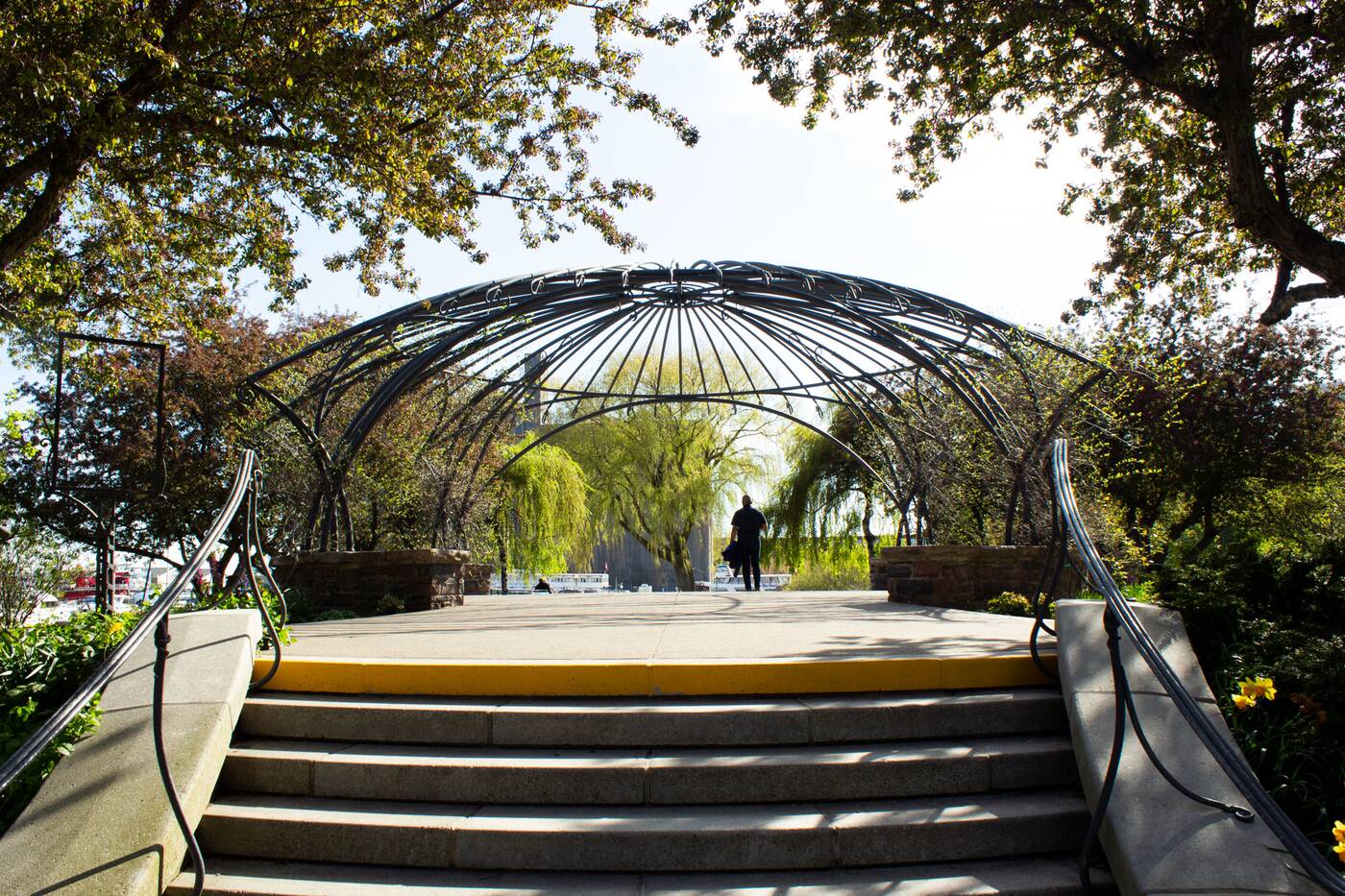 Like Suite No. 1, the park is divided into six discernable sections.

Wildflower meadows represent the light-hearted third movement, Courante, while the poetic essence of Sarabande is captured through a winding grove of fragrant conifer trees. In the centre is a stone, with a dip that holds water, meant to reflect the sky.

The fifth movement Menuett comes in the form of the ornate, wrought iron Music Pavilion designed by Tom Tollefson, reminiscent of the circular stages meant for performing ensembles. 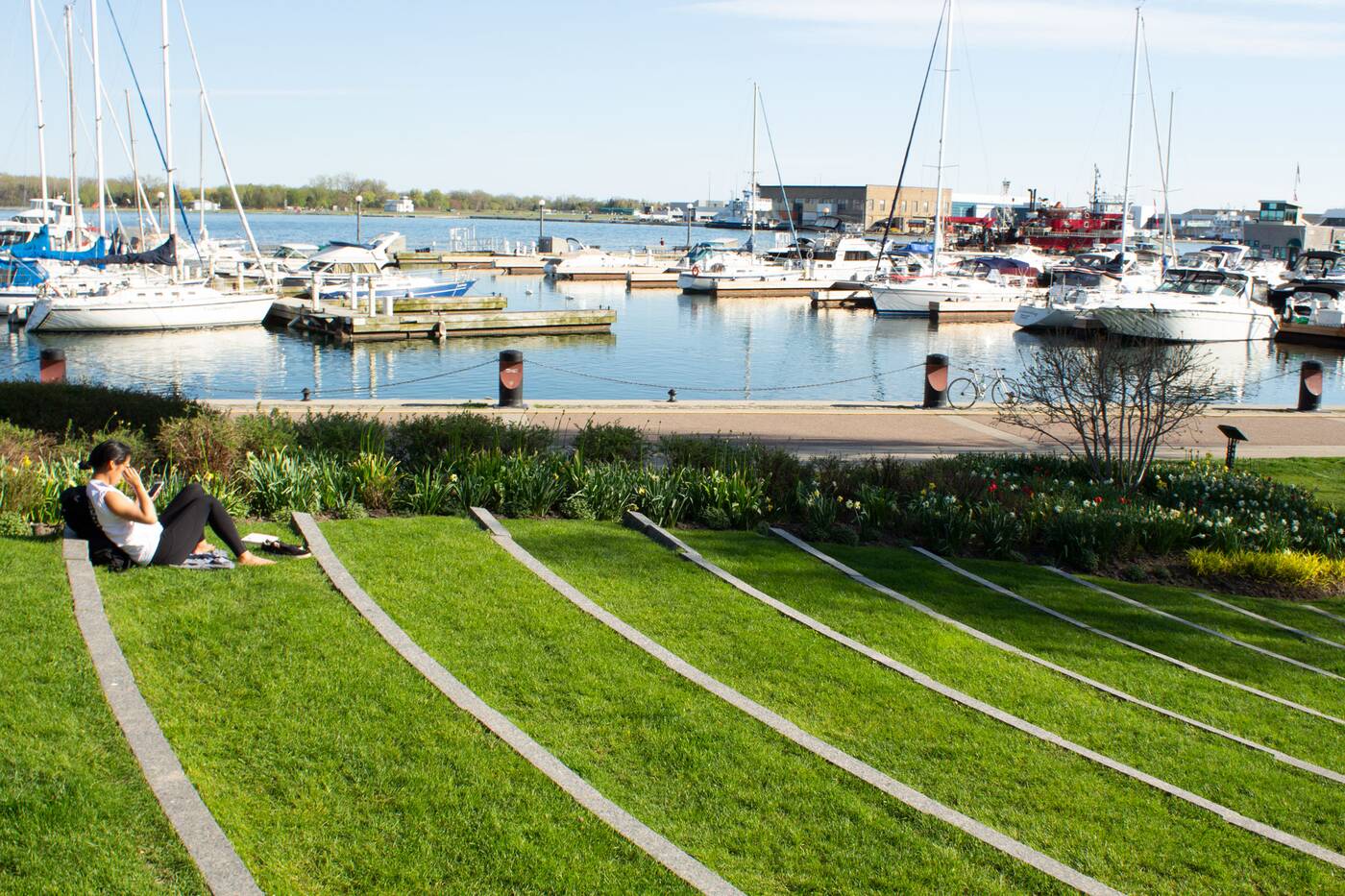 The grand public ampitheatre is the largest feature of the park.

And last but not least, the culminating piece: Gigue, or the jig, expressed by a public ampitheatre with broad granite steps that are perfect for lazing, or catching a free performance as part of Summer Music In The Garden under the sweeping willow tree.

It's all very poetic stuff, and if you care enough to experience it in full, you can always sign up for a free guided tour led by a Toronto Botanical Garden volunteer.

Or you can just download Yo-Yo Ma's live performance of the G Major suite and let it guide you through this beautifully curated garden. 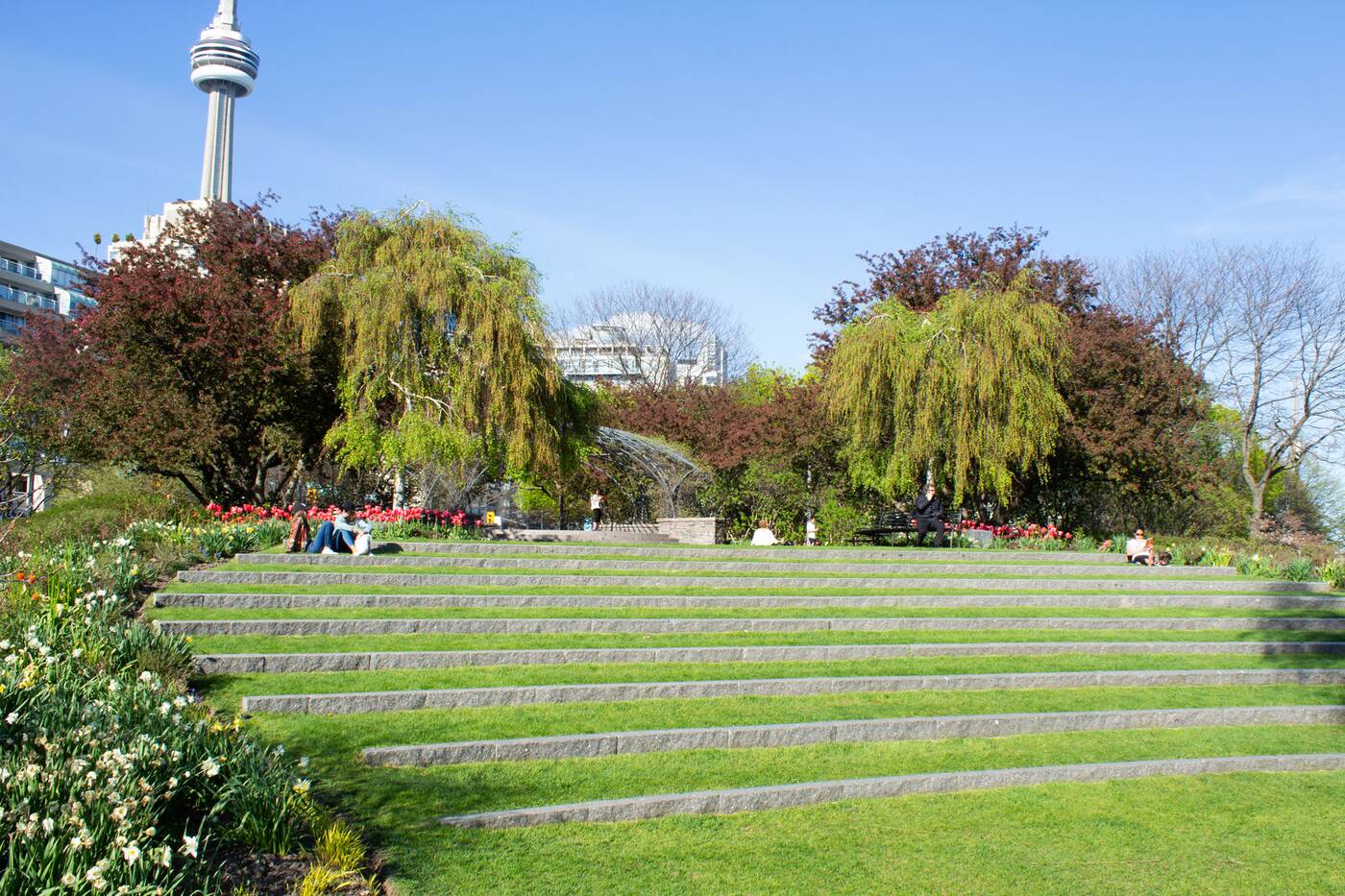