More than 300 cats were just found in a Toronto apartment

If the idea of more than 100 cats in a single house freaks you out, imagine 300 kitties (and all of the litter box gold that comes with them) in just one tiny apartment.

Toronto Cat Rescue (TCR) and Toronto Animal Services were called to what the former organization is describing as a "perilous hoarding situation" in North York on Saturday where over 300 cats were found in a small, 18th floor apartment unit.

All 300 cats were removed from the residence and taken to local veterinary hospitals and shelters. Seventy of the cats and kittens were taken into TCR's care and all are said to be doing well in foster homes.

This marks the second "large cat hoarding situation" in just over a month to make headlines in Toronto, and experts are growing concerned. 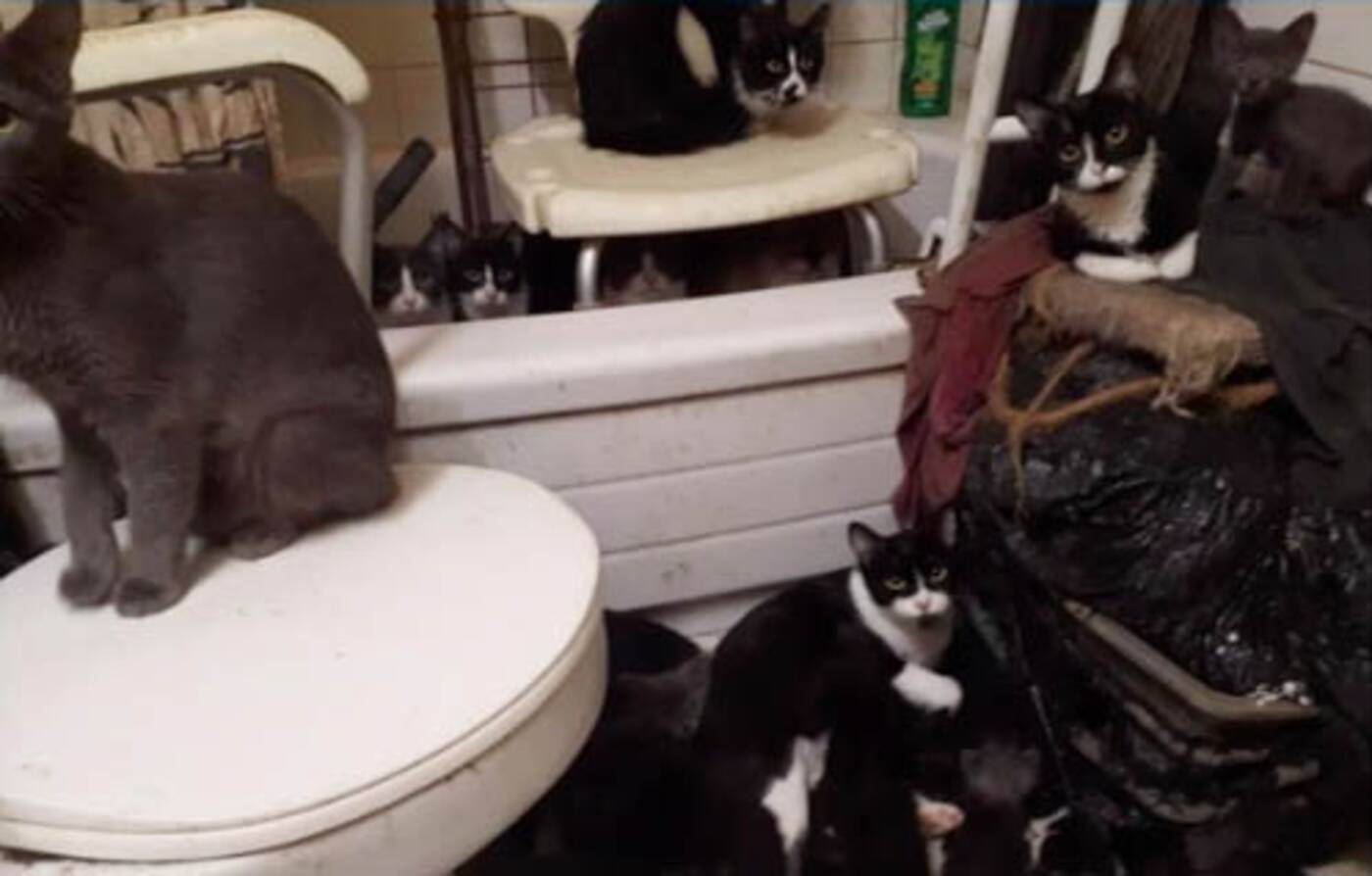 More than 300 cats were rescued from a single apartment unit in Toronto this weekend. Photo via City News.

"It's very important that this NOT continue," wrote TCR on its website yesterday. "It's a terrible way for cats to live. If you know that someone has too many cats, it is best to report it sooner rather than later."

"Unsterilized cats breed prolifically, and with only a nine week gestation things get out of control VERY quickly," continued the animal rescue organization. "To make a report in the City of Toronto, call 311 and you will be directed to the appropriate department."

City of Toronto bylaws state that a maximum of just six cats can be kept in any household, with the exception of those resided in by members of registered animal rescue groups.

The cats rescued on Saturday are not yet available for adoption, but those interested in helping out with their care can donate to TCR or apply to become part of the organization's foster program.