Ontario is finally widening Highway 401 through the GTA

One of North America's busiest stretches of highway is about to get a whole lot thicker, with the addition of at least six new traffic lanes across 18 consistently-rammed kilometres.

The Highway 401 Expansion project is officially moving forward, according to infrastructure development group Aecon, with the just-announced closure of a $639.8 million deal between builders and Ontario's Ministry of Transportation.

Announced in March of 2018, the project will transform the 401 between Regional Road 25 in Milton and the Credit River in Mississauga from its current six-lane configuration into a 12-lane core/collector system, including HOV lanes (read: carpool lanes) in both directions. 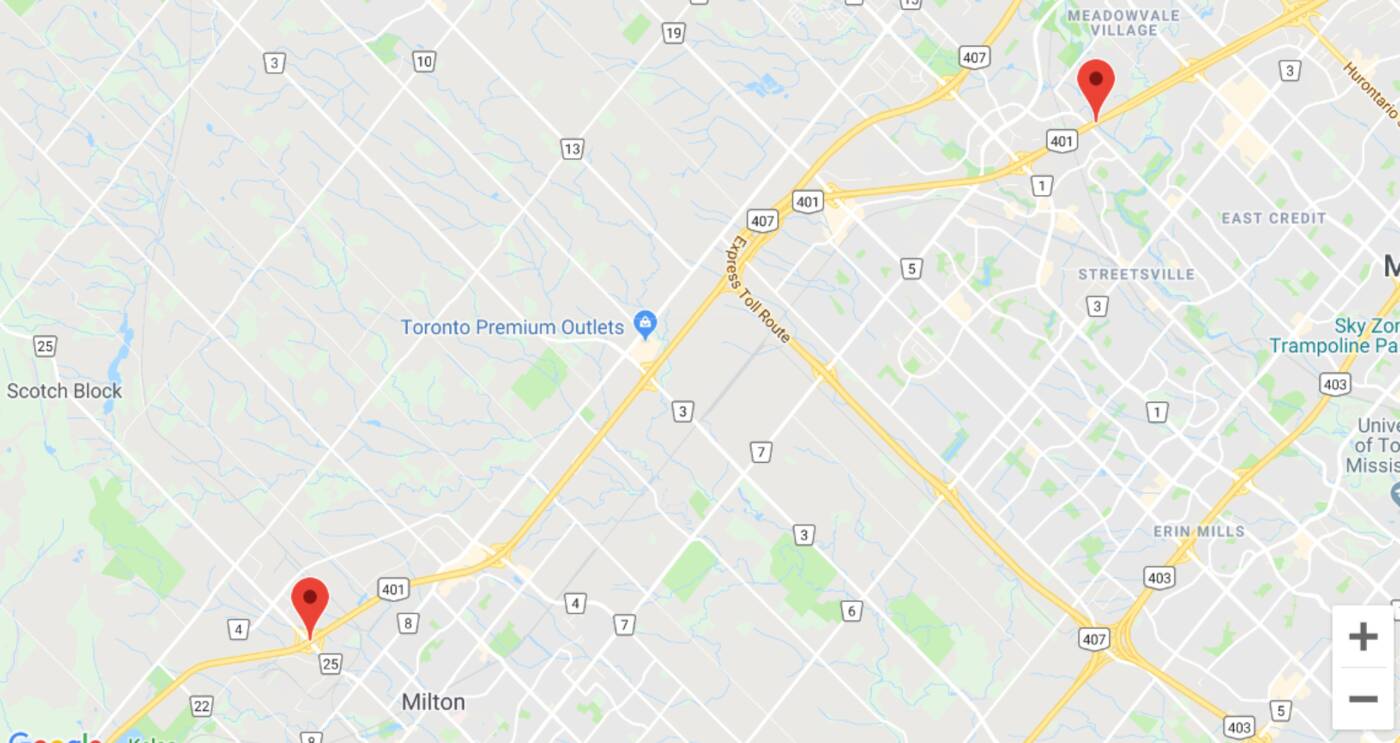 A map of the project area. Image via Google Maps.

It's a huge win for the drivers of some estimated 175,000 vehicles that roll through that particularly crowded stretch of the 401 every day.

"Widening the highway will relieve congestion, allow for more efficient transportation and flow of goods, and help accommodate continued population and employment growth in the region," reads a government press release announcing the project last year.

In addition to widening the roadway, Aecon and its partners are tasked with all related facilities and features, including bridges, drainage, lighting, signage, carpool lots and ecological restoration.

Construction is expect to begin sometime near the end of this year with a "substantial completion" date set for late 2022.